Agencies that help renters to stay in their homes are frustrated with the pace. Some say they haven’t yet been allocated a single dollar. 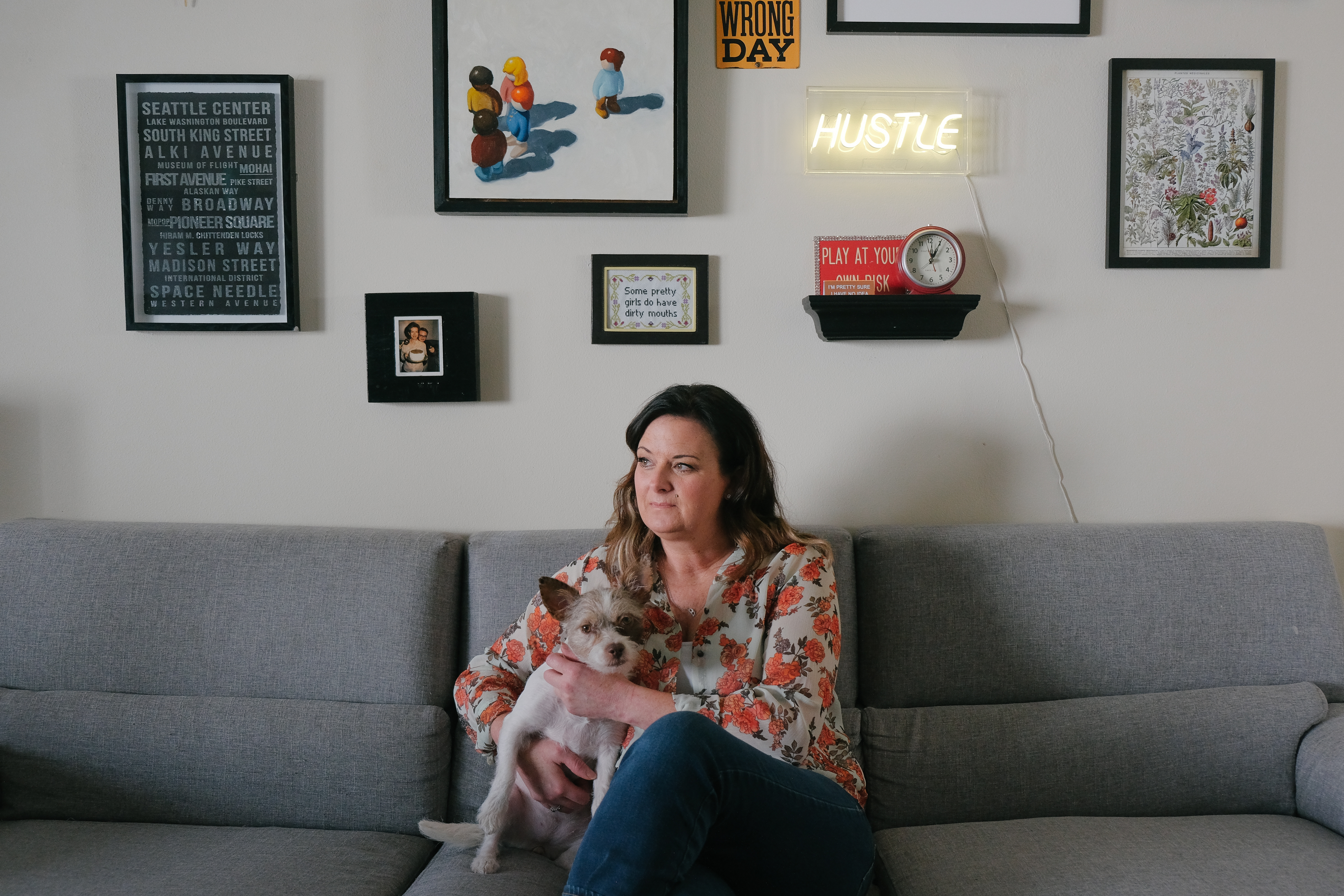 Leslie Lenz needs rental assistance, but has come up against a complex system that has still not seen many dollars go out the door. (Genna Martin for Crosscut)

Every time a renter or landlord asks Jeanice Hardy when help is coming, she gives them the same answer: Hold on just a little bit longer. Hardy, the YWCA’s regional director of family and related services for King County, is growing tired of the answer, but it’s the only comfort she has to offer to the increasingly fearful tenants still struggling to pay their rent.

It’s August, said Hardy, and they still haven’t given out a single dollar. ”I just feel like there is a lot of bureaucracy making it very difficult,” she said. “It didn't have to be this difficult.”

It’s a similar story across King County. Much of the considerable financial assistance for renters made available by the federal and state governments remains in limbo, as local county officials scramble to find a way to get dollars into the hands of those who need ithem.

The Arc of King County, which works with disabled clients, said it also has not sent any money out the door. Same with Multi-Service Center in south King County. The Housing Justice Project, which helps people avoid eviction through financial assistance and legal defense, saw its contract with the county expire at the end of June and it has not yet been renewed.

The looming deadline for getting people help, which is suddenly not so far away, is Sept. 30, when Gov. Jay Inslee’s eviction “bridge” finally expires. Renters have some level of protection until then; evictions cannot begin until a county’s rental assistance program is declared operational.

Mark Ellerbrook, division director of housing and community development in King County, said he shares the frustration of agencies, but that he’s confident the system will shortly be running more smoothly.

“All deadlines are stressful, I'm not gonna lie,” he said. But, he added, “I am feeling optimistic that the system is going to be able to process payments at a scale that will let us easily achieve that deadline.”

But for renters caught in a complicated system, waiting to hear if the assistance they were told exists will ever materialize, Hardy’s answer — just hold on — is reaching its limits.

Waiting is the ‘hardest part’

Marly Kinman lives in Federal Way, where she’s worked as a housekeeper since she was 18. Now, at 25, her world has fallen apart. When the pandemic landed, the company she worked for went belly up. Shortly after, her father died of COVID-19, leaving her mother with no income of her own. Kinman struggled with the state’s unemployment system and could only watch as her rental debt ballooned with each passing month.

A year and a half later, she’s almost $50,000 in debt. It’s a burden she may be able to bear were she on her own, but she lives with her young nieces. It’s their possible eviction that causes her to break down, to pace the room.

“I’ve never experienced anything like this before,” she said.

For Kinman, it all comes down to getting assistance from the government, which she applied for the first day the program opened. Her landlord, whom Kinman says has been deeply patient with her, has agreed not to evict her as they both try to navigate the system. “This is what I really, really need right now to make everything better,” she said.

But, after struggling with the paperwork, they’re both waiting, their stress building. “I think this is the hardest part, waiting,” she said.

At over $300 million, the rental assistance program is among the largest in King County’s Department of Community and Human Services — and it’s being set up in mere months.

“It does feel like we are building the plane as we fly,” said Ellerbrook.

Last fall, the county’s system for getting relief out the door was quick, but chaotic, with staff keeping track of payments on notepads and Excel spreadsheets. It was also more centralized, with the county referring tenants to agencies tasked with getting them help.

But some agencies chafed at that way of doing things. Chief Seattle Club, for instance, denied 75% of the applications forwarded to the organization by the county, according to data obtained through a public records request, primarily because the agency couldn’t locate the tenants again post-referral.

The county has revamped the system in response to complaints by agencies, giving them the option to directly help their existing clientele rather than wait on referrals from the county. But the accounting remains inside the county.

Because the federal dollars come in the form of reimbursements, Ellerbrook said it made the most sense for the county to be the one seeking that repayment rather than each individual agency. Most agencies don’t have millions of dollars on hand they can spend down and have replenished later.

“It doesn't hit the agency books, they don't have to be reimbursed, and it doesn't trigger a federal audit for them,” Ellerbrook said.

However, for this system to work, the county needed to create a new database to track those dollars and the amount of relief getting to tenants. That database is still not fully functional, which means those reimbursements have not begun flowing. For agencies used to receiving lump sums in the form of grants, the wait has been excruciating.

“We haven’t been able to pay rent for anyone yet,” said Robin Tatsuda, executive director of the Arc of King County. “For our caseload, we have people in the queue waiting for the system to be set up and get the money out the door.”

“I'm hearing from families that they're frustrated because we keep saying, hold on, hold on, hold on,” said Hardy. “We're losing our respect with landlords: ‘We got you, we got this handled, give us a chance, we're gonna get this ready for you’ and then we can't make a move.” 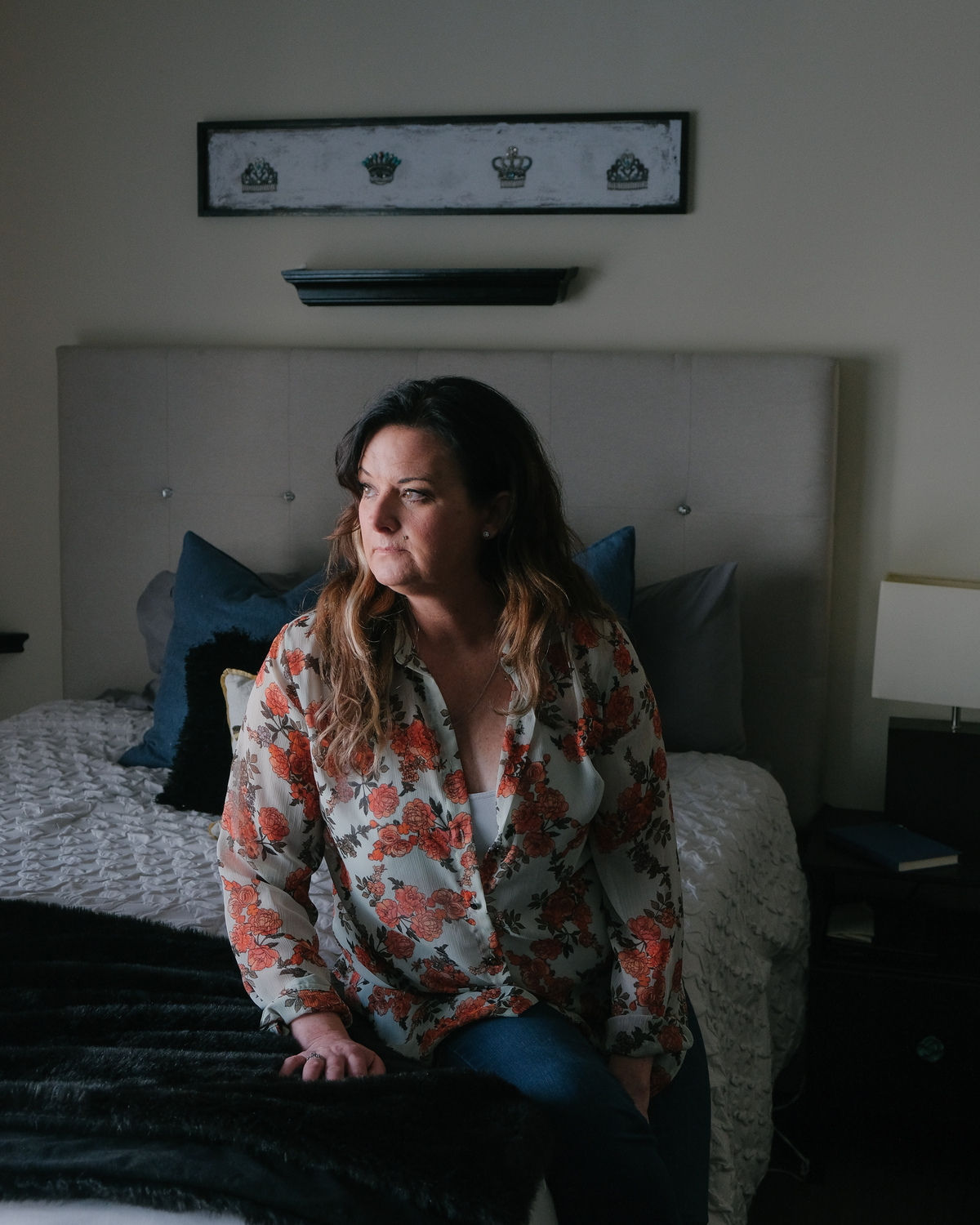 Leslie Lenz says rental assistance would give her the flexibility to buy food and maybe visit her daughter. (Genna Martin for Crosscut)

Leslie Lenz says rental assistance would give her the flexibility to buy food and maybe visit her daughter. (Genna Martin for Crosscut)

For tenants seeking help, the entire landscape of various agencies, each waiting on the county to make a move, is overwhelming.

Leslie Lenz lives in a subsidized apartment in Bellevue. Her income is through Social Security disability insurance and is therefore fixed. At the start of the pandemic, her daughter turned 18, which meant her monthly payments went down while her rent so far has not.

Lenz was homeless before moving into her current apartment and said she’d do anything to avoid that again. For that reason, she’s been very careful to not fall behind on her rent. The tradeoff, however, is that her budget is extremely tight in other areas of her life, including for clothing and food.

She received help with rent from United Way last year. Now, she’s looking again, imagining some flexibility for herself to buy clothes and pay for gas to visit her daughter. But the systems are complex and she hasn’t had any luck so far.

“It’s just kind of a full-time job having to get this stuff taken care of,” she said.

Washington’s eviction moratorium technically expired earlier this summer, replaced by an eviction “bridge.” Landlords can now evict tenants again, but only if the county has a functioning assistance program and the tenant has not made an effort to find that assistance.

“As long as the county isn’t saying we are operational, I think we’re in good shape,” said Witter of the Housing Justice Project.

But come Sept. 30, that bridge will end. Tenants will still have some protections from legislation passed earlier this year by the Washington Legislature, including mandatory payment plans and eviction defense, but few are willing to put those protections to the test.

Meanwhile, the need remains. Over 100,000 renters in Washington say they’re “not at all confident” they can make rent next month, according to the U.S. Census Bureau’s Household Pulse Survey. About 53,000 currently occupy their space without paying rent. Nearly 600,000 people are using short-term loans or credit debt to cover their monthly payments.

Ellerbrook of King County said he sympathizes with the frustration, adding that he feels the same way. But it’s all in service of a program that will function more smoothly and efficiently and will eventually help a wider range of people.

Witter of the Housing Justice Project allows that may be true. But, he said, the stakes are high. “I know that these programs are never perfect,” he said. “They’re gonna have their problems. The flip side is, if you don’t move fast enough, you’re going to get evicted.”