After intense community and stakeholder pressure, the hospital released the findings, collected after the resignation of Dr. Ben Danielson. 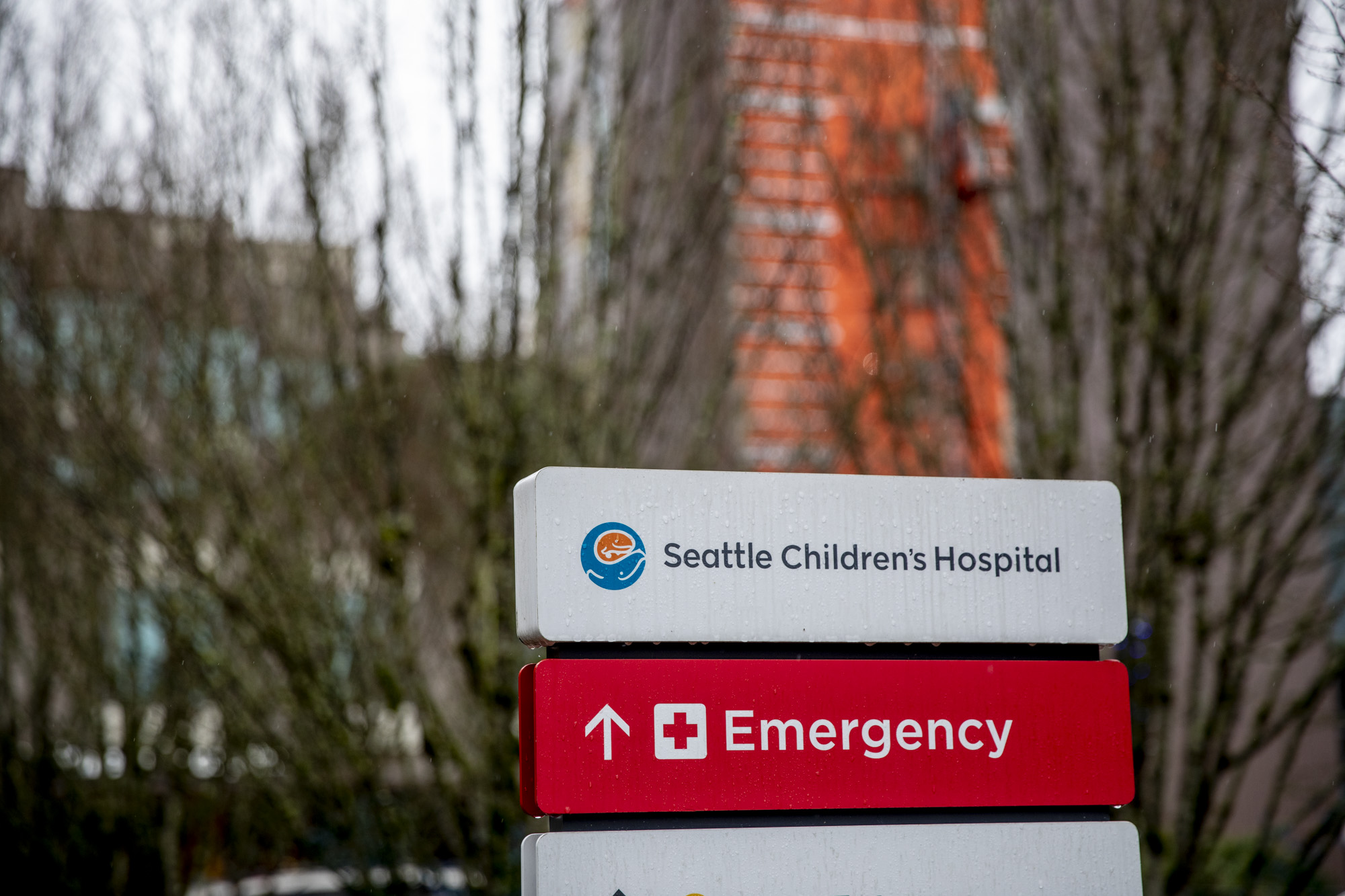 Seattle Children’s Hospital on Jan. 8, 2021. The hospital suppresses voices of color, according to Dr. Ben Danielson, who has been the medical director of the Odessa Brown Children's Clinic for 20 years. (Dorothy Edwards/Crosscut)

The medical center has a culture of conflict avoidance.

It does not dedicate enough time and money toward promoting equity.

Patient experiences vary based on race and English proficiency.

And the hospital has not done enough to foster a trusting relationship with its Odessa Brown Children’s Clinic.

These are just a few of the findings from a seven-month investigation into equity, diversity and racism at the hospital.

The hospital’s board released 11 conclusions Monday, as well as a list of more detailed recommendations for remedying the issues. The disclosure came after the board initially declined to release any of the report’s findings. The hospital changed course after more than a week of immense pressure from community members, staff, patients and stakeholders.

“This assessment made clear that Seattle Children’s has not lived up to the standards and the values we set for ourselves,” Children’s CEO Dr. Jeff Sperring said in a letter to staff. “As your CEO, I commit to you we will do better, and this work is my top priority. We must collectively challenge and continue to change the culture, structures and behaviors that perpetuate systemic racism in our organization.”

“I am encouraged by this step forward,” said Abigail Echo-Hawk, a member of the committee overseeing the investigation and director of the Urban Indian Health Institute. “However, it is just a small step. As a result of not releasing the findings, Seattle Children’s has destroyed community trust and they are at a worse starting point than we were when they started the investigations.”

The entire assessment of the hospital, led by former U.S. Attorney General Eric Holder, has still not been released. But Monday’s disclosure provides more context to the lengthy and expensive work done in recent months to probe allegations of racism leveled against the institution.

The assessment was launched at the start of 2021, after the revered Dr. Ben Danielson resigned in protest as medical director of the Odessa Brown Children’s Clinic — a decades-old medical institution that primarily serves patients of color and now resides under the Children’s umbrella.

Danielson quit over what he said was a culture within the hospital’s leadership that was unconcerned with health inequities and instances of clear racism. Among his allegations: that Odessa Brown was elevated as a prop without receiving commensurate support; that translation services were lacking; that security protocols were used disproportionately against patients of color; that staff feared retaliation for speaking out; and that a senior manager used a racial epithet toward him and faced no discipline.

Danielson first made the allegations quietly, but went public after he became dissatisfied with the hospital’s response.

The topline findings and recommendations of Holder’s investigators’ assessment were built on interviews with over 1,000 people with a stake in Seattle Children’s. They echo and confirm much of what Dr. Danielson alleged at the time of his resignation.

"The findings include: unaddressed racism, unaccountable leadership, discounted community, untruthfulness in my view, inequitable work environs," Danielson said Monday. "Now, in the past few days, I'll add to that list active attempts by the board chair and CEO to cover this all up. In my view this all points to the need for the board chair to step down and the CEO to be removed. Those two things should be at the top of the list of action steps."

While the hospital has improved diversity in its ranks, the assessment found persistent racial disparities in leadership roles, promotions and exits. Engagement with staff of color, namely Hispanic/Latino employees, has declined in the past five years.The report said Children’s avoids conflict, lacks accountability and has not allocated enough resources to promote inclusion — all resulting in a culture of mistrust.

More specifically, the assessment found that the hospital did not adequately investigate a 2009 allegation that a white member of its leadership team, Dr. Jim Hendricks, used a racial slur toward Danielson, who is Black. Hendricks was asked to resign earlier this year and is no longer with the hospital.

The hospital also did not do enough to dig into racial disparities related to security calls against patients, despite having data as early 2013 bearing this out. Interpretation and translation services do not live up to the hospital’s stated policies and goals, and Children’s lacks the infrastructure to address racial disparities in patient treatment and hold people accountable for failures, according to the findings.

Regarding Odessa Brown, the assessment found that Seattle Children’s has “historically discounted the clinic’s consideration of and focus on the lived experiences of its patients, causing strain and deterioration in the working relationship between the two entities.”

The remedies prescribed by the assessment contain broad themes related to communication and leading by example, along with some more specific calls to action.

The first step: Leadership needs to accept responsibility for what the investigators concluded was a failure to address racial disparities earlier and with more urgency. In this context, the report said, every member of the executive leadership team should be evaluated for whether they're in the appropriate role.

There ought to be more specific measurements and accountability for tracking progress, the report said. Holder’s investigators called on the leadership team to create a more organized reporting process for progress on equity goals and to set specific benchmarks for each of its members. Black, Indigenous and people of color representation in the hospital’s upper ranks and human resources needs to be increased through hiring and more support of current staff.

For staff, the assessment said bias training ought to be mandatory, with specific consequences if missed. In an effort to address racial disparities in security calls, de-escalation training should be included as well. Reporting and tracking of bias also should be improved, investigators found.

Going forward, the hospital ought to invest significantly more into human resources and avenues for employees to raise concerns without fear of retaliation. The hospital should also invest more in its Center for Diversity and Health Equity.

For patients whose English is limited, the hospital should assign one member of the executive leadership team to specifically oversee translation services and allow for more time for medical staff to spend with patients who need translation.

In his letter, CEO Sperring agreed with the recommendations. The hospital is convening a task force to create a plan for addressing the report’s findings, with details to be released Sept. 1.

Echo-Hawk said she’ll be watching that committee’s progress closely. She wants to see strong engagement with the community, which pushed for the release of the investigation’s findings. “What it can’t be is just another token hospital committee,” she said. “What’s going to be different about this one?