WA state employees must get vaccinated or risk getting fired

Gov. Jay Inslee says about 60,000 state employees will be required to be vaccinated, even if they're still working from home. 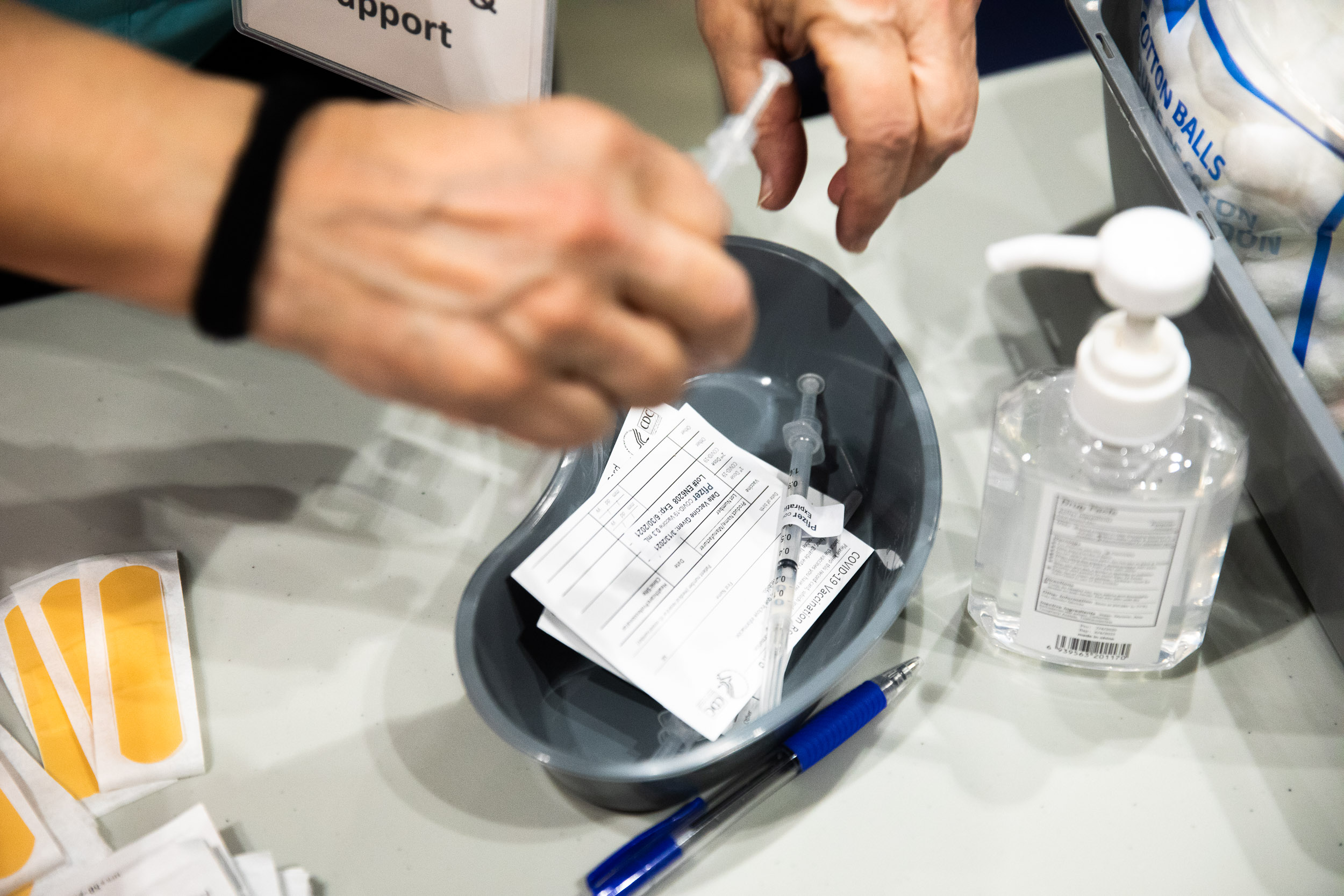 About 60,000 Washington state employees will be required to get vaccinated against COVID-19 if they want to keep their jobs, Gov. Jay Inslee announced Monday.

The governor’s latest proclamation gives those state workers until Oct. 18 to become fully vaccinated, with few exceptions, Inslee said. Employees who do not provide proof of vaccination by the Oct. 18 deadline will be dismissed from employment, unless they qualify for a medical or religious exemption.

Inslee's new vaccine requirement will also apply to health care and long-term care workers, including those working for private companies and nonprofits. That's about 400,000 people.

The vaccine mandate for state workers and health care employees is Inslee’s latest effort to combat a recent surge in COVID-19 cases. That surge has been driven by the more contagious delta variant of the coronavirus, which is now the dominant strain of the virus in Washington state and around the country.

"We have essentially what is a new virus at our throats, a new virus that is twice as transmittable," Inslee said at a press conference Monday at Kaiser Permanente in Seattle's Capitol Hill neighborhood.

Most of the cases, especially serious infections, are occurring among people who are unvaccinated, said Susan Mullaney,  president of Kaiser Permanente's Washington region.

About 30% of Washington residents haven’t gotten a COVID-19 vaccine, which Inslee said is what has gotten the state into the “pickle” it is in today.

Inslee's new vaccination requirement extends to employees of most Washington state agencies, except for a few — like the Office of the Secretary of State and the Department of Natural Resources — that aren’t under the governor’s direct control.

Still, most state agencies controlled by other elected officials have adopted similar policies. On Monday, the offices of the state insurance commissioner, treasurer, superintendent of public instruction, auditor and lieutenant governor said that they, too, will require their employees to be vaccinated. The state Attorney General's office proposed a similar vaccination policy last month.

The governor's mandate does not cover employees of K-12 schools or colleges and universities. But some higher education institutions, including the University of Washington and Washington State University, are already requiring students and staff to get vaccines.

State workers covered by the governor’s vaccine mandate will be required to show proof of vaccination even if they are working remotely. Unlike vaccine mandates elsewhere, Washington workers will not be able to avoid getting vaccinated by regularly testing negative for COVID-19, the governor’s office said.

The city of Seattle and King County joined Inslee in announcing a similar vaccine requirement for their employees on Monday.

The state Department of Health reported that COVID-19 cases in Washington state hit a seven-day average of 1,760 daily cases on Aug. 4. Those are the kinds of numbers the state hasn’t seen for several months. The number of people hospitalized averaged 83 per day as of Aug. 4, an uptick from June, although deaths are down considerably from the start of the year.

Despite high new case counts, and hospitalizations on the rise, COVID-19 deaths remain relatively low. Since mid-June, the average number of people who have died of COVID-19 in Washington state has been fewer than five per day, according to the health department.

It was unclear how state worker unions feel about the idea of firing workers who refuse the vaccine.

The Washington Federation of State Employees, which represents 47,000 state and public workers, suggested in a statement that the union and the state would need to go back to the bargaining table over parts of the vaccine mandate. A spokesperson said that the “impacts” of the mandate are subject to bargaining, but did not elaborate.

The governor said he’s confident the state is able to make getting the vaccine a condition of employment. Things that may be subject to bargaining with the union include details like whether state employees will get time off to get vaccinated and whether people who are fired for not getting the vaccine will be eligible for unemployment insurance, Inslee's office said.

This story was updated to add information about other agencies with vaccine mandates, death numbers from COVID-19, a statement from Republicans and details about bargaining with state worker unions.