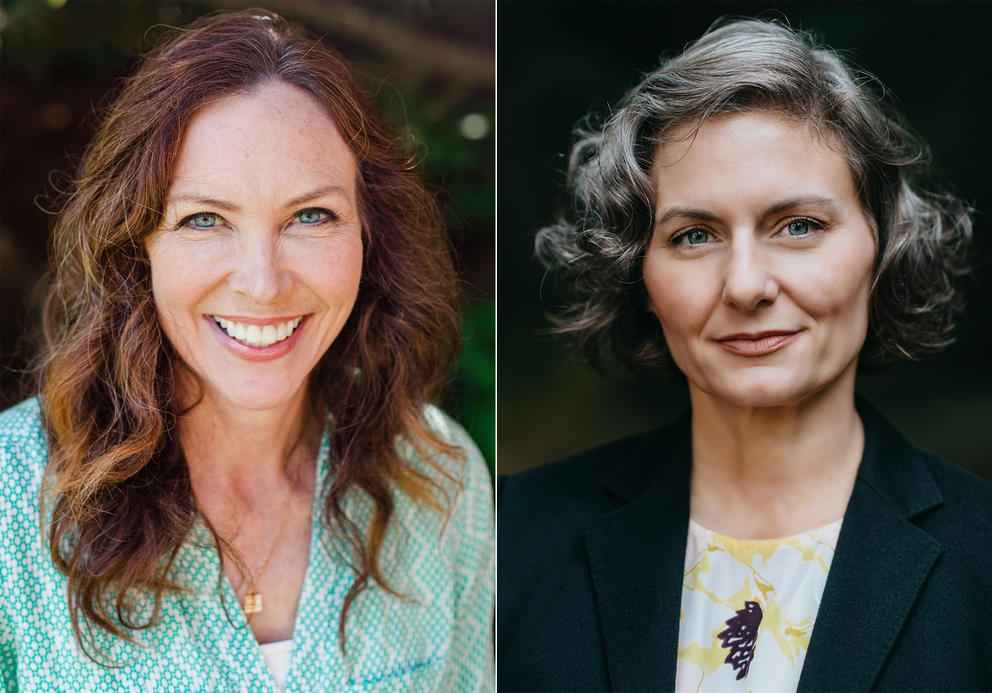 For all the years Stephan Thomas has worked to bring community voices into the justice system, he has never once met either candidate for Seattle city attorney.

If Davison and Thomas-Kennedy arrived on the ballot out of nowhere in the eyes of Thomas — an attorney steeped in the larger debates surrounding the future of elected prosecutors — it’s a sure bet many voters feel the same way. Polls back this up, showing anywhere from half to two-thirds of those likely to cast their ballots this November have not made up their minds in the city attorney race.

But more than that, with the surprise defeat of 12-year incumbent Pete Holmes in August, voters are suddenly faced with a more complicated decision than just between status quo or change. The choice is instead between candidates who see the justice system as either too aggressive or too timid.

Rarely do Seattle voters get such stark differences in their candidates.

Thomas-Kennedy is a one time public defender whose platform is unabashedly abolitionist — a term she promises is more about building alternatives than tearing down the justice system as it currently exists.

She decided to run for office with only hours to spare before the deadline, imagining it would be a quixotic, issues-based campaign against a powerful incumbent that would not likely end with her election. She never bothered sanitizing her public image, an approach she stands by, but one that’s causing her trouble as she’s forced to defend her tweets calling property destruction a “moral imperative” and police “pigs” as ill-conceived snark.

Davison, meanwhile, has never worked in criminal law. Her private practice involves a mix of things, including contract and immigration law. This will be her third campaign for a third different office in three years. She ran unsuccessfully  for the Seattle City Council in 2019 and as a Republican for lieutenant governor in 2020.

Each time she has run on the message that Seattle is sliding downhill, the result of an overly discretionary criminal system. Her platform is about drawing more clear lines in the sand when it comes to enforcing laws, an approach her critics say has been tried already and failed.

With Holmes’ defeat, both candidates are now running a different race than they had expected, against an opponent they each view as extreme. The result is a weightier sense of duty on both to actually win, in a contest that more directly cuts to the heart of the question, What is public safety?

A new direction for the office?

The Office of the City Attorney is primarily responsible for two things: criminal prosecution of misdemeanors and civil litigation on behalf of the city.

On the latter, Davison says she will fulfill her obligations as the city’s attorney, even if her personal politics don’t always align with the city council’s agenda. Thomas-Kennedy said it's always more complicated for attorneys than simply serving as an impartial referee and that the council’s agenda is likely to be more successful with her as the head of the civil unit.

It’s the criminal side, however, that tends to draw the most focus.

“​​I think it’s important because these types of cases touch the lives of most people, more so than Superior Court cases,” said Barbara Serrano, a former prosecutor in the City Attorney’s Office, who now works in the Office of the  Washington Attorney General. Shoplifting, drunken driving, low-level assault: All of these are less serious but more common than murder or rape.

Whoever holds the role of city attorney has discretion over which cases from the police should be filed for criminal charges and what punishment ought to be pursued.

Thomas-Kennedy questions the utility of charging many misdemeanor cases, instead pledging financial programs to make victims whole while offering more alternatives to jail. “I think part of it is really explaining who we're prosecuting and for what,” she said. “Ninety percent of the people prosecuted for misdemeanors are poor enough to qualify for a public defender. We’re really only prosecuting poor people and disproportionately Black and brown people.”

Thomas-Kennedy’s path toward calling herself an abolitionist was gradual. She has always cast a doubtful eye toward the criminal justice system, but worried about creating a vacuum in its wake; the deinstitutionalization of mental health care in the 1980s and the free fall that followed for many people stood out in her mind as an example of how dismantling something harmful could lead to something worse.

But as she read more, she came to believe that abolition was about building up as much as it was tearing down.

“It was an educational experience for me to realize that abolition is not just getting rid of police and prison,” she said. “It's about community building and it's a process…. I think that's what people think, that it's just going to be overnight, like the purge, you know, and that is not what I want.”

That’s not to say there won’t be changes in the near-term. She said she wants to shrink the office’s criminal department and will show the door to any attorney who has asked for jail time for many low-level crimes.

At the same time, her message of nuance has often been buried beneath her public presence. In addition to what she said about property destruction, she’s tweeted about her “rabid hatred” of police, calling them “pigs” and “serial killers.” In an interview, she said the tweets were off-the-cuff snark from before she considered running for office, and she wouldn’t say anything like that in the future. She also called them a distraction from the larger message she’s trying to bring to the table.

Davison, on the other hand, takes the view that Seattle is already too hands-off. The laws exist as they do and they need to be enforced — for the sake of crime victims and because she views the criminal justice system as an entryway for people to get help.

“If we just sit there and say, ‘Oh, we're not caring if we hold the limits of what our law says,’ then we're not actually intervening when we're able to do so,” she said. “Sometimes that limit really is the way to show care…. The limits have to mean something. Because they're there so that we can intervene.”

Becoming a lawyer was Davison’s second career, after working in business and in the Seattle SuperSonics’ front office. She said she was never political, except to vote. That changed, however, as she took note of more encampments, more RVs parking on Seattle streets and more of what she came to view as disorder in the city. In public and in interviews she often compares what she sees in Seattle to what she saw in a Cambodian refugee camp, calling Seattle less hygienic.

“It's just been the trajectory of Seattle,” she said of her motivations for entering politics. “It's the only reason why I'm talking about what I’m talking about, because what we've been doing hasn't been working. And it's not being responsible.”

Davison’s decision to run for lieutenant governor as a Republican in 2020 is a shadow in a city where fewer than 10% of voters went for Donald Trump on the same ballot. The chair of the state’s Democratic Party, Tina Podlodowski, called her candidacy alongside Trump an “unreasonable thing for a caring person to do.”

But Davison insists she's voted for Democrats in recent presidential elections and her decision to run as a Republican was about keeping open lines of communication and not closing off any possible solutions. It’s unclear how well the argument will sit with Seattle’s voters, but it has convinced the state’s two previous Democratic governors, Christine Gregoire and Gary Locke, both moderates.

“It is true that I don't recall ever having endorsed a Republican in a race like this in the past, but this is a unique situation,” said Gregoire.

But many who currently work directly in the criminal justice system hesitate to say publicly whom they’ll support between the two for fear that it could hurt their future work.

King County Prosecuting Attorney Dan Satterberg called the choices “pretty clear,” but said he wouldn’t be backing either in the general. “Remember that I endorsed Tom Carr when Pete beat Carr, so my endorsement is less than valuable,” he added.

Until a week ago, Kelly Harris headed the criminal division in the City Attorney’s Office. He said both candidates will find things are more complicated than they imagined.

“If you’re expecting [attorneys] to all of the sudden file cases at a greater rate, that’s unrealistic with the resources we have, and I don’t see the city council giving them more,” he said of Davison.

At the same time, Harris has concerns about Thomas-Kennedy’s plans for scaling back prosecutions. “People committing crime still need services and mental help — things that, unfortunately, they only get through our office,” he said.

Where there’s common agreement is on the limits of the criminal system to address deeper issues around homelessness, housing and mental illness.

“There's really going to be a limited power that the criminal justice system has to provide relief in those cases that really need more investment in housing and the kind of street outreach programs that the city has,” said Satterberg.

“You can’t necessarily just lock somebody up in jail and then expect they’re not going to come back,” said Serrano, the former Municipal Court prosecutor. “You can’t expect a change if you’re not also dealing with that person’s mental illness or that person’s drug addiction or that person’s lack of housing.”