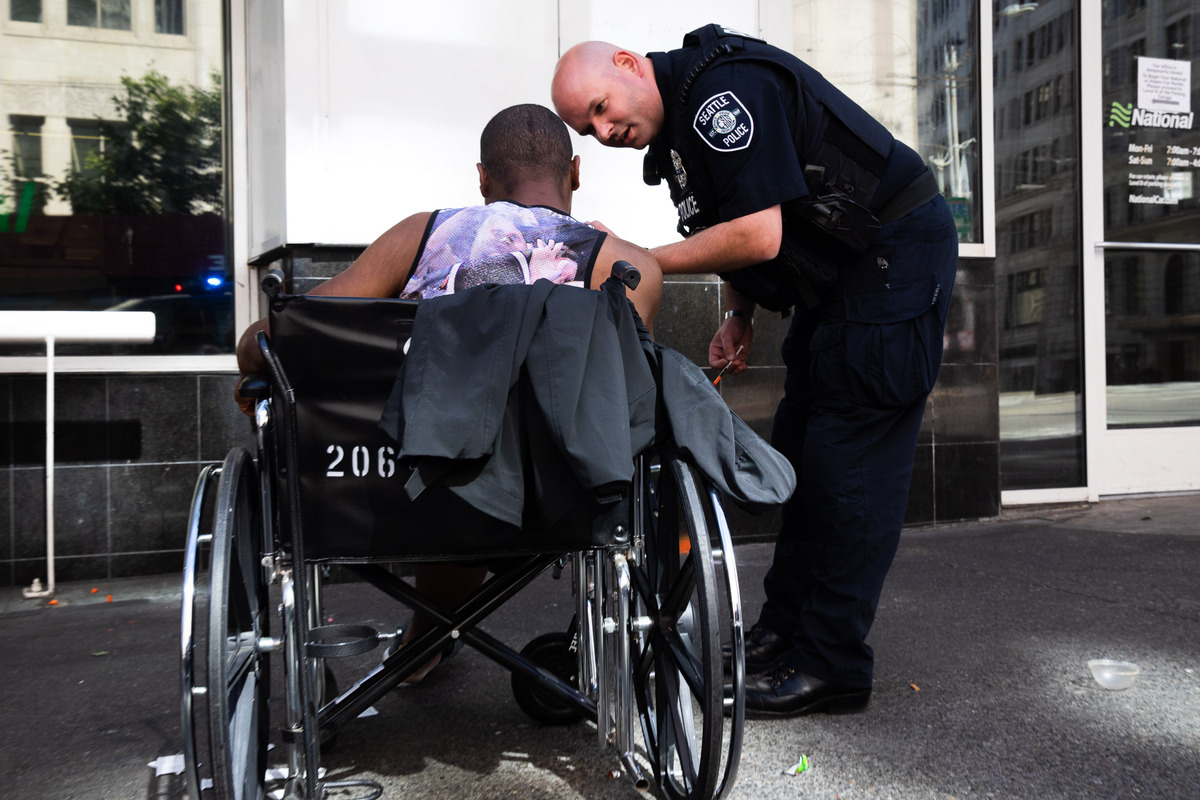 It’s the last option for people in crisis: commitment to a hospital. But with the onset of new rules regulating use of force in Washington state, police have pulled back from this work, leaving designated crisis responders mostly without the option to detain those they believe to be a threat to themselves or others.

When combined with the stresses of COVID-19, people and their families are now waiting days or even weeks to get mental and behavioral help in numbers that government officials and advocates say are the worst backlogs they’ve ever seen.

In King County, the number of people queued up for responses is more than double what’s typical, stretching the capacity of workers and leaving families in the lurch. In Snohomish County, crisis responders are fielding more referrals from jail rather than their preferred source, the community. And in Pierce County, individuals found in need of hospitalization are struggling to obtain safe transportation.

Taken together, crisis responders often find themselves in a time warp, holding seemingly the same conversations with desperate and confused families who are unsure where else to turn. The responders tell the families that  they’re doing what they can.

Designated crisis responders serve a specific role in Washington state, which is to evaluate when an individual should be committed to a hospital for inpatient psychiatric treatment. It's a bar that’s met when someone is found to be a threat to themselves or others or “gravely” disabled.

While the responders are the ones to do the evaluation and seek commitment, they often rely on police to detain and transport an individual unwilling to go voluntarily. But since new laws governing the use of force took effect statewide, designated crisis responders report a breakdown in that system. Police officers, they say, are less willing to engage with people in a mental health crisis — a disputed interpretation of what the law says, but one having a real-world impact nonetheless.

In Seattle, for example, police are transporting significantly fewer people in crisis to the hospital.

“There's definitely been a change, there's been an impact,” said Kelli Nomura, director of the King County behavioral health and recovery division.

In King County, the team of designated crisis responders was already stretched by COVID-19. Many service providers shuttered their doors and pulled back on face-to-face outreach with clients, leaving those at risk of spiraling into crisis without a safety net.

But since July, when the law took effect, crisis responders have seen caseloads spike and significant backlogs form. Without a good option for transporting someone to the hospital, both emergency and nonemergency cases are languishing. Typically, the crisis responder team has between 50 and 60 open cases, said Frank Couch, King County’s involuntary commitment act coordinator. Now, they average nearly 120 and never dip below 100.

“I would say that there's probably more cases on there than any time previous to this,” Couch said.

“We are weeks out from even being able to evaluate someone, which is unreal,” said one designated crisis responder, who asked to remain anonymous. “We’ve never had that before.” The result, said this person, is that untrained family members often bear the burden of managing their loved one’s crisis.

“It’s hard to go from one call with a deeply upset and depressed and hopeless individual and pick up the phone again and it’s the same call, just a different scenario in a different city,” the person said.

Without early intervention, responders worry that individuals in crisis will decompensate to the point where they’re either arrested or cause significant harm to themselves or others.

“I think from what we’ve seen, our folks have languished until we figure out a workaround or keep calling because the situation is escalated enough for [the Seattle Police Department] to respond,” said Jesse Benet, former deputy director of the Public Defender Association.

The designated crisis responder who spoke to Crosscut provided a list of nearly 30 occasions in which an officer would not intervene in a call they may previously have done. In some instances, the individuals went on to hurt themselves or others.

“We've had, unfortunately, some pretty sad cases in which we find them to be meeting criteria, but the person just flees or eventually assaults somebody and they end up in jail,” said Silvia Riley, director of crisis services with Multicare in Pierce County.

Carola Schmid, Snohomish County crisis services supervisor, said that the services are seeing an “incredible spike” in referrals for mental health evaluations in jail, rather than from the community.

“We’re going back to criminalizing mental illness, it seems,” she said.

The legislation limits the use of force to instances when there’s probable cause for an arrest and to prevent someone under arrest from escaping. Force is also allowed when there are threats of bodily harm to the officer, the subject or anyone else in the area.

Its backers, including the American Civil Liberties Union of Washington, said it should not restrict when officers respond to behavioral health crises or their ability to put hands on someone who’s a threat to themselves or others. The Involuntary Treatment Act specifies instances in which force is allowed to detain someone in crisis.

State Sen. Jaime Pedersen, D-Seattle, said specifically calling out detentions for involuntary treatment would have been precarious. “It’s not as if in the real world it’s super easy to draw a bright line between the people who are potential [involuntary treatment] candidates and the rest of the world and say, ‘the rest of the world, here are de-escalation procedures and if you’ve got a credible reason to use [involuntary commitment], then you can go ahead and use whatever force you want to,' ” he told Crosscut in September.

But Steve Strachan, executive director of the Washington Association of Sheriffs and Police Chiefs, said he hopes that’s just what the Legislature does next year. The need to find better alternatives for behavioral health crises is a point of “universal” agreement, he said, but, as things stand now, each county and city police department is receiving different advice on how they should engage, causing confusion without sufficient alternatives.

“Part of the issue is that we sort of did this backward,” he said. “The behavioral health system — ideally that infrastructure would have been built first…. We’re in a period now where we have to iron out and amend issues.”

Nomura of King County said there’s a need for both long- and short-term investments. The goal is always to prevent people from falling into crisis in the first place. At the same time, there are not enough crisis responders to keep up with the backlog.