The clinic hoped for a big turnout for its first post-pandemic event, but scheduling conflicts have left it all but cancelled. 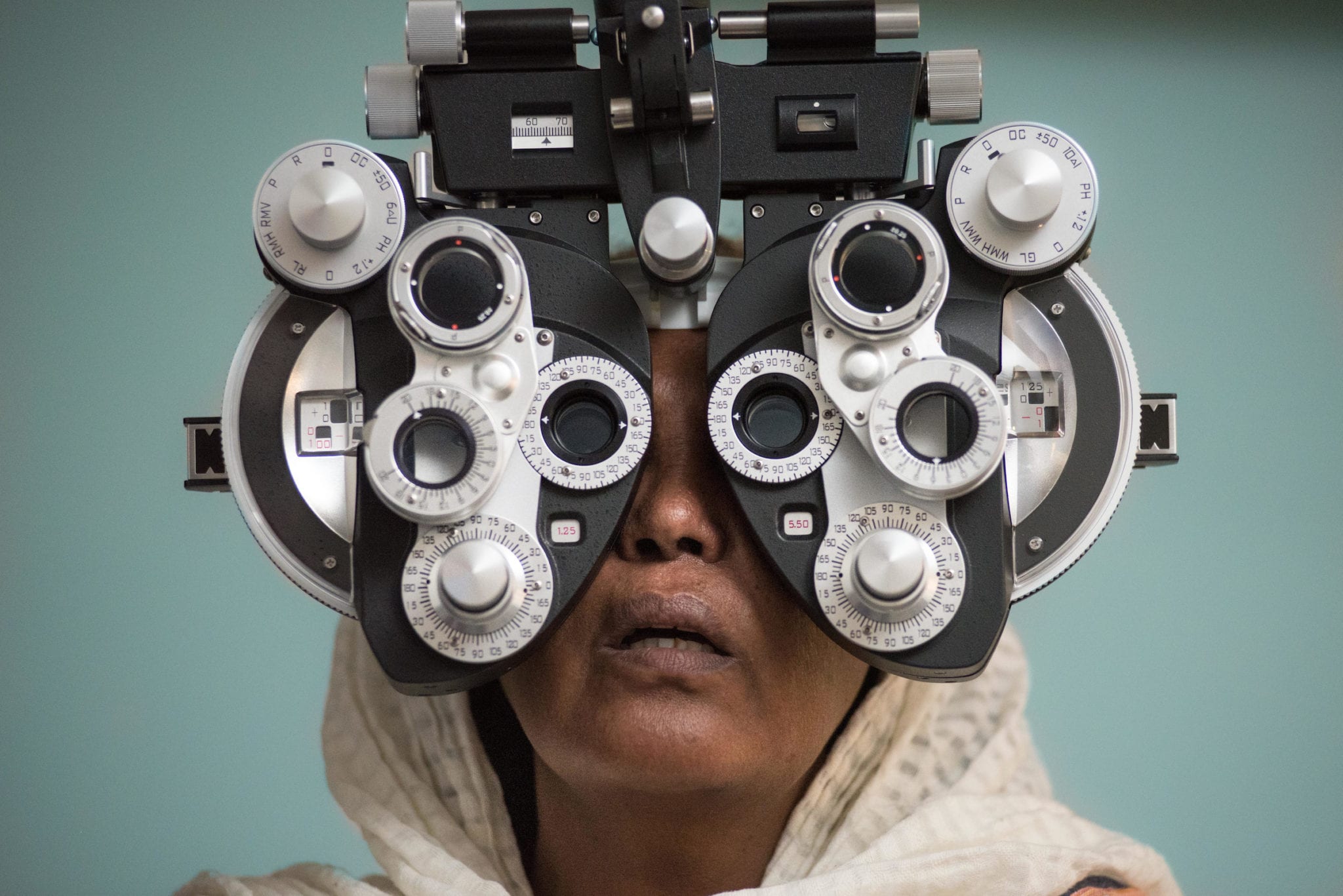 The annual Seattle/King County Clinic which provides free dental, vision and medical care to low-income residents. will not be held this year because of a scheduling conflict with Climate Pledge Arena. A vision clinic is still planned for October 2022. (Courtesy of Auston James)

October 2022 was supposed to be the triumphant, post-pandemic return of the massive, multiday medical, dental and vision clinic that provides free services to more than 3,000 people each year in what used to be Key Arena. But the new owners of what is now called Climate Pledge Arena have made other plans, despite an agreement to keep hosting the Seattle/King County Clinic.

The Who and the Zac Brown Band will be performing in the space on clinic weekend instead of doctors, nurses and dentists.

Thanks to the significant logistical challenges of changing the date and location of the massive event, the next full clinic likely won’t be held again until spring 2023, more than three years after the previous one.

“This year was going to be quite special in trying to recover and heal and find people who have not been resilient [during the pandemic] and make sure they get into care,” said Karen Hays, a certified nurse-midwife and volunteer lead for the clinic’s women, transgender, nonbinary health services. “The fact that we can’t do that is really heartbreaking and just feels wrong.”

The annual Seattle/King County Clinic began in 2014 and provides free medical, dental and vision services to people who cannot otherwise access and afford medical care. Nearly half of the attendees come from the Seattle metropolitan area, but the event draws people from across the state and even Idaho and Oregon. The majority of attendees are housed and many have some form of health insurance, but still cannot otherwise afford health care.

Hays said that in addition to often providing many patients’ lone checkup for the year and getting them medical equipment such as glasses, the clinic often catches life-threatening issues, such as cancers, that would otherwise go undiagnosed.

“The clinic fills that gap in the safety net for many people in our area,” said Dr. Rick Arnold, one of the clinic’s medical directors. “It’s hard to actually gauge the cost of an additional cancellation. But I think for these individuals it will be monumental and it’s just a tragedy.”

Arnold has started a petition to save this year’s clinic.

Putting on a four-day medical clinic for more than 3,000 people is a huge undertaking. It requires an army of volunteers and tons of space for staging equipment and people and performing the actual checkups and procedures. There are several days of set up and tear down before and after the event. Significantly, Arnold said there’s only one company on the West Coast that can supply the volume of medical equipment the clinic rents each year.

In the past, the clinic has used Key Arena and surrounding Seattle Center buildings to run its event. Key Arena is now Climate Pledge Arena and is owned and operated by the Oak View Group. As part of its operating agreement with Seattle Center, the Oak View Group agreed to continue hosting the clinic at Climate Pledge Arena if mutually agreeable dates could be found.

Planning for the 2022 clinic began in May 2021. According to Seattle Center director Robert Nellams, the Oak View Group offered some proposed dates in October 2022 to host the clinic. Of those dates, only one week worked for the clinic, but before everything was locked in, the Oak View Group booked two competing events, Zac Brown Band and The Who concerts.

The Oak View Group offered several alternative dates to use the arena, as well as use of a separate practice facility offsite, but Nellams said the clinic was unable to get its rental equipment for those dates.

“They didn’t understand how much the clinic relies on the spaces and people and everything that’s here in Seattle Center. And that picking up the clinic and moving wouldn’t work,” said Nellams.

“I know people are not happy, and I know they say something has gone wrong,” Nellams continued. “In my world, things didn’t necessarily go wrong. The arena had a booking, went with its booking, then tried to alter our dates. Most arenas would do that.”

“We know this event is cherished by the local community,” she said. “There has been some miscommunication or some misinformation that there isn’t a desire for the clinic to take place or there isn’t the dedication and commitment to make it happen. It’s certainly not true that the Seattle Center or Climate Pledge Arena are walking away from that. It’s simply a case of aligning our dates.”

The Seattle/King County Clinic is hoping to put on the vision component of the clinic from Oct. 20 to 23 in Seattle Center buildings, depending on pandemic conditions. Nellams said Seattle Center is also working to organize a full medical, dental and vision clinic for April 2023 to be held around the Seattle Center grounds. Then, in future years, the clinic will likely return to Climate Pledge Arena, as originally planned.

“For an organization that portrays themselves as community minded, this was not a community-oriented act,” said Arnold. “I want Oak View Group to be better partners going forward, to treat us like any other rock band and honor the commitments they make, particularly to those folks who don’t have a voice.”