A foster system paradox: Parents billed for care of their children

Studies show charging child support extends family separations and can spur years of debt for parents in poverty. WA is pushing to change the practice. 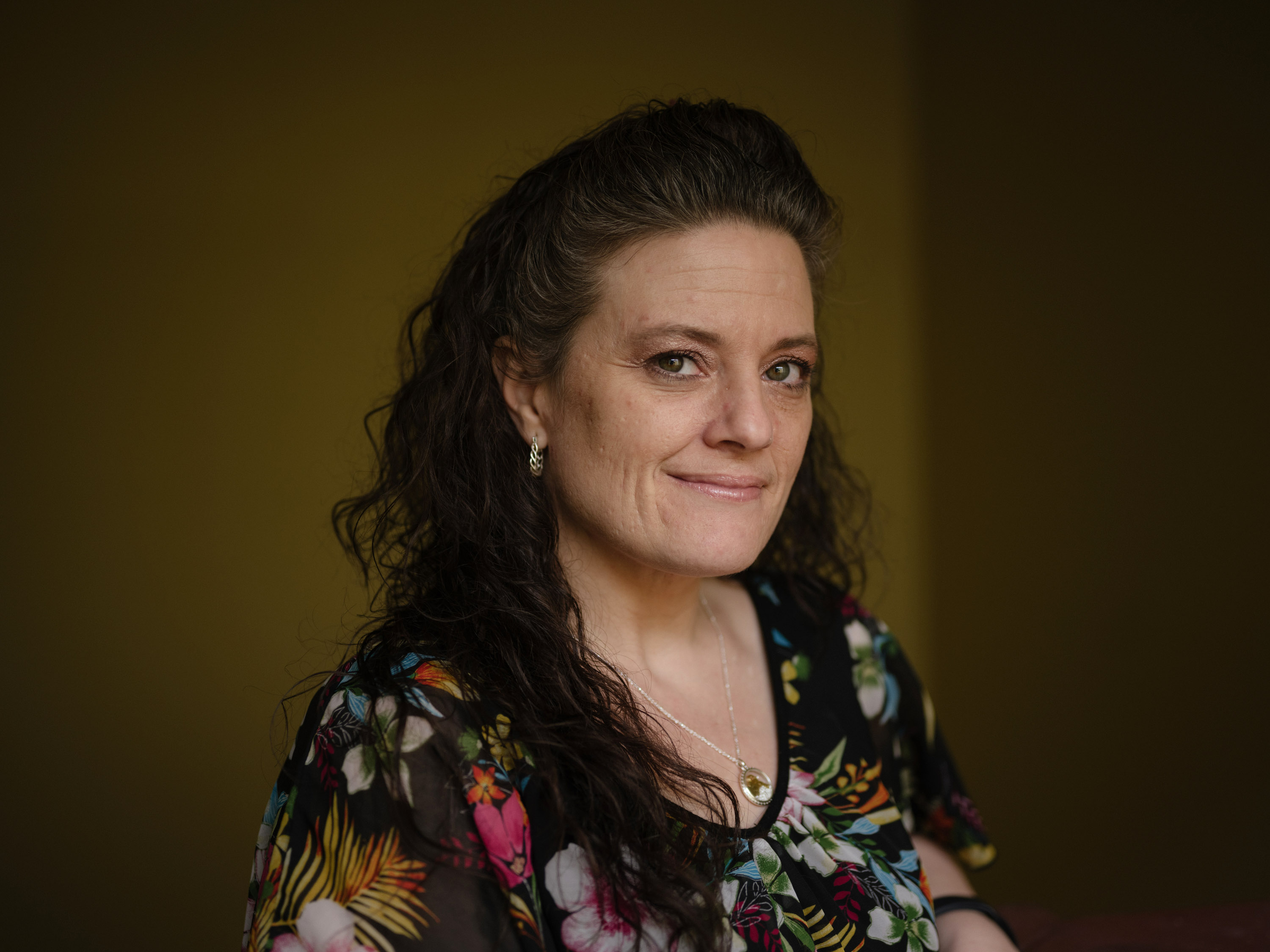 Dorothy Gorder was homeless and in Seattle when she gave birth to a daughter in 2011. The baby was taken into foster care straight from the hospital, and Gorder started racking up monthly child support bills that she rarely paid. Two years later, she says, her debt totaled nearly $4,000. But Gorder, who had no permanent address, didn’t even realize what was happening until police presented her with an arrest warrant for nonpayment and took her to jail. (Grant Hindsley for Crosscut)

In the vast majority of cases where children are removed from their homes and taken into foster care, family poverty is a big factor. It could be a refrigerator without food or an apartment without electricity. Yet for nearly four decades, parents struggling with this level of need have been billed for their children’s care and obligated to pay the state — even when they have no income.

The debt that accrues from unpaid child-support charges can linger for decades, long after a youth has grown into adulthood and left foster care. Washington still has hundreds of open cases on its books from the 1980s and ’90s. The state is now trying to end this practice.

The idea behind charging child support to parents with kids in foster care stems from the Reagan-era belief that families, even those that abused or neglected their children, must take responsibility for them. But since the 1984 federal law requiring these payments was enacted, research has shown that squeezing money from already-struggling families only deepens their problems and keeps kids in state care longer.

On top of that, it costs the state more to run down debtors than the amount it stands to collect.

Dorothy Gorder, for instance, was homeless and drug-addicted in Seattle when she gave birth to a daughter in 2011. The baby was taken into foster care straight from the hospital, and Gorder started racking up monthly child support bills that she rarely paid. Two years later, she says, her debt totaled nearly $4,000. But Gorder, who had no permanent address, didn’t even realize what was happening until police presented her with an arrest warrant for nonpayment and took her to jail.

The same thing happened again and again — so frequently that Gorder couldn’t help noting the absurdity.

“About the 10th time, I said to the judge, ‘Can I point something out to you? I'm a homeless drug addict. It is costing the state so much more money to arrest me, house me and then release me than what I owe',” recalled Gorder, who is now sober. “I think somebody must have done the math because they were like, she's got a point.”

The gist of Gorder’s street-level calculation has been borne out in numerous government reports. In 2019, the state Division of Child Support found that for every dollar spent trying to chase down parents in arrears for foster care payments, Washington collected just 39 cents.

“It’s a pittance, and it’s ridiculous,” said Dee Wilson, a longtime former administrator in Washington’s child welfare department. “The charges do no good for anything or anyone. Really, they come out of a moral argument about who ought to be responsible for kids.”

The state Department of Children, Youth and Families is now embroiled in negotiations with the federal government to halt this practice — except in cases when parents abandon their children. However, old debts still on the books would remain.

And there are thousands. 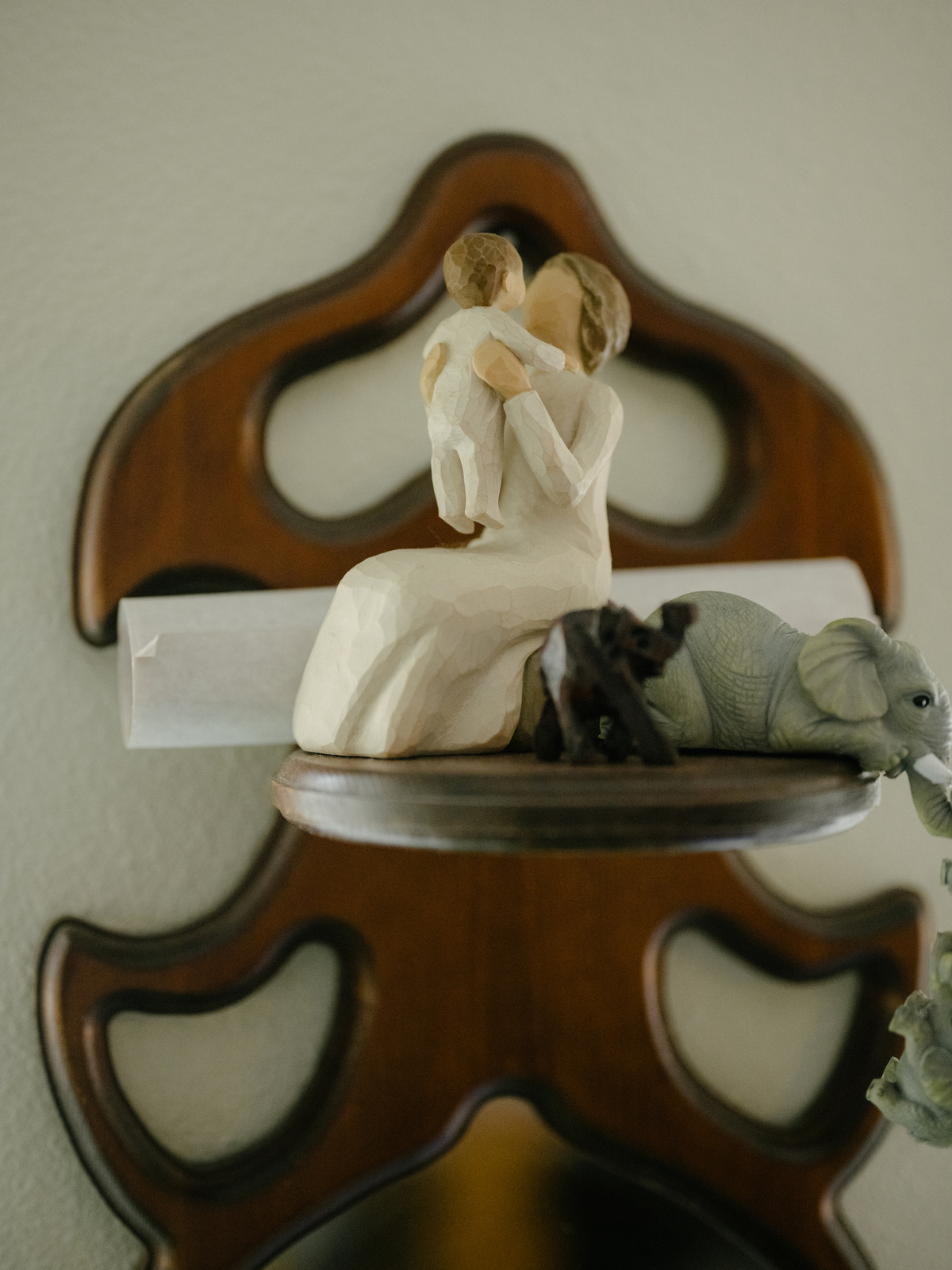 A statue of a mother and child in Dorothy Gorder’s home in Tacoma, Washington, on Sunday, March 20, 2022. (Grant Hindsley for Crosscut)

A statue of a mother and child in Dorothy Gorder’s home in Tacoma, Washington, on Sunday, March 20, 2022. (Grant Hindsley for Crosscut)

Gorder’s daughter was eventually adopted and her mother’s case closed. But before that happened, the few payments Gorder made came through drug deals. “I told the judge, ‘I had to sell meth to be able to pay you guys back, so here you go — it’s the only $50 I’ve got,’ ” she said.

For child welfare agencies dedicated to supporting families, cases like Gorder’s make a point that is difficult to ignore: Child-support charges can perpetuate the very problems and behaviors that brought a family to the attention of Child Protective Services in the first place.

Each year, about 4,000 new cases are referred for collections, with monthly payments based on each parent’s employment history, even if they are currently without work.

“When we get this referral, we're looking for any kind of wage history,” said Jake Hughes, who directs policy at the Division of Child Support and acknowledged the difficulty of calculating a feasible charge for parents who lack a regular paycheck.

“We try to balance history, potential and current status to make our determination,” he said.

In 2021, about 800 parents were making monthly payments of $140 to $170. About  4,000 others were paying about $60 — often through garnished wages — according to Allison Krutsinger, director of government affairs at the Department of Children, Youth and Families. (Parents made bigger payments during months when the federal government was providing COVID-19 stimulus checks, she noted.)

Gorder’s status as a person without housing eventually allowed her to petition the state to stop adding new charges to her bill — though the original debt went onto her credit report, and sat there for years while she worked to get sober. State law permits the Division of Child Support to add 12% interest, but Hughes said his department rarely does so, especially in foster care cases. 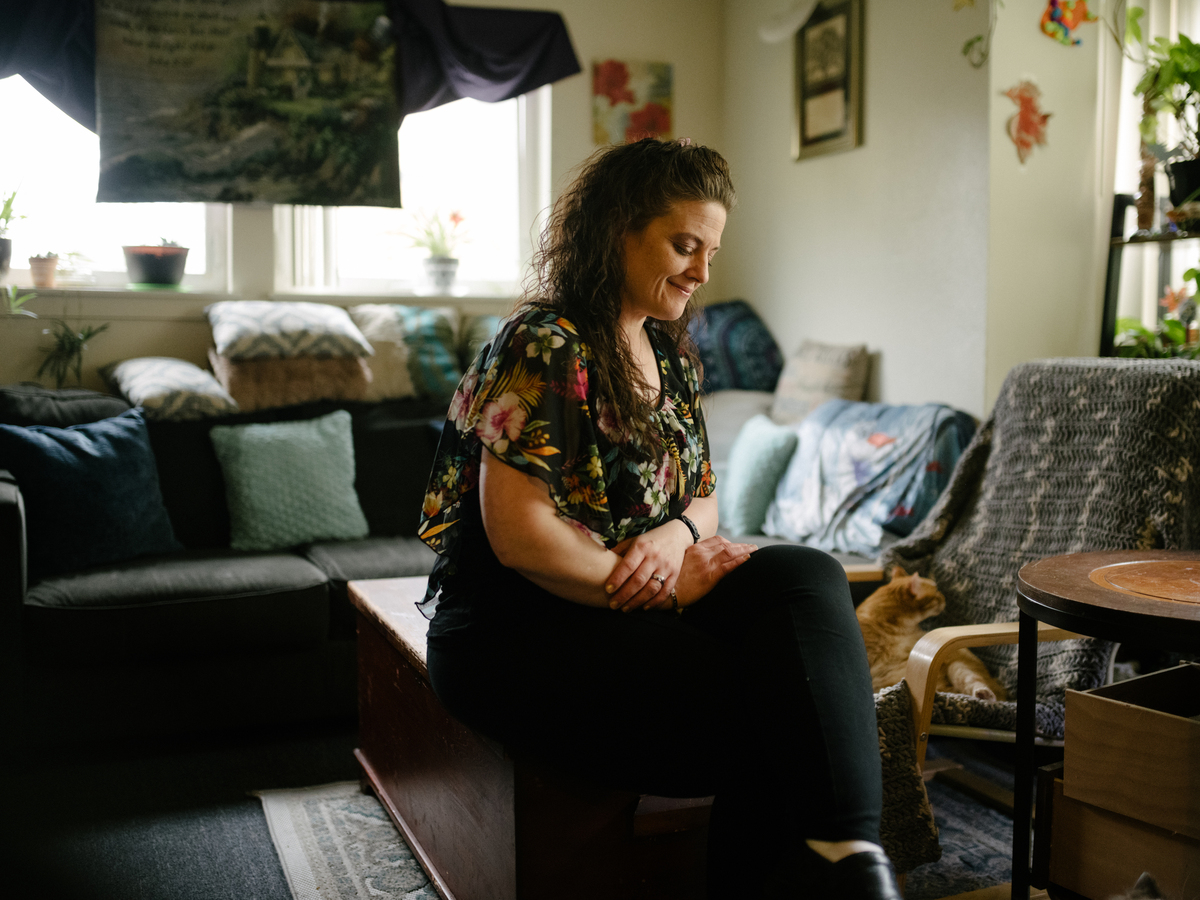 Dorothy Gorder poses for a portrait at her home in Tacoma, Washington, on Sunday, March 20, 2022. (Grant Hindsley for Crosscut)

Dorothy Gorder poses for a portrait at her home in Tacoma, Washington, on Sunday, March 20, 2022. (Grant Hindsley for Crosscut)

For Jeremiah Donier, the 14 months that his child spent in foster care resulted in a bill of nearly $5,000 and led him to file for bankruptcy, he said.

Donier was a first-time parent, living in Spokane, when the family’s pediatrician became alarmed at bruises and a cut lip on the Doniers’ baby girl. Jeremiah, who later pleaded guilty to third-degree child assault, says he had difficulty handling the stresses of new parenthood and controlling his temper. The classes and coaching required by his caseworker helped enormously. But the damage to his finances lingered, long after his daughter returned home.

Donier said he was forced to resign from his $30,000-per-year county government job because of the assault charges, which left him and his wife — unemployed and staggering through post-partum depression — with no income and a monthly foster care bill of about $385.

“We sold plasma in order to get food and gas to get to our parenting program,” Jeremiah said. Each visit earned him and his wife about $100 each. “We went down about twice a month.”

Today, much has changed. The Doniers live on Whidbey Island, where Jeremiah coaches other parents through the child welfare maze. But the hangover from his journey through the system hindered the family’s ability to build a stronger foundation, he said.

“The child support fees basically impacted my ability to recover financially, because those charges were on my credit report for years,” he said.

Long before Donier was struggling to pay off his debt, child welfare experts had clear evidence that most families in foster care were poor. In 2009, researchers at the University of Washington found that 81% were receiving food stamps or other financial help. Nearly half reported household incomes under $10,000.

But not until last summer were advocates able to make this point loud enough to be heard at the uppermost levels of state government.

“It’s simple,” said Shrounda Selivanoff, public policy director at the Children’s Home Society of Washington, who was instrumental in pushing the issue onto the Department of Children, Youth and Family’s agenda. “The thrust of the department now is keeping families together. But if we take money away from families, we are ultimately hindering reunification and impacting children.”

That message prompted department Secretary Ross Hunter to seek the support of state Sen. Christine Rolfes, D-Bainbridge Island, chair of the Senate Ways and Means Committee, for ending foster care child support. The money coming in is nowhere near the actual cost of providing care, Hunter pointed out in a letter last month. Its primary effect is prolonging foster care.

“We’re trying to remove old policies that are financially stupid and damaging to families,” Hunter wrote.

As backup, he pointed toward research showing that every $100 charged to a family delays reunification by about six months. “Six additional months of foster care is vastly more expensive” than whatever the state collects, Hunter added, and that doesn’t count “the eventual societal costs of traumatized children.”

But, he concluded, “I am not running a jobs program. I am trying to make the world better for kids.”