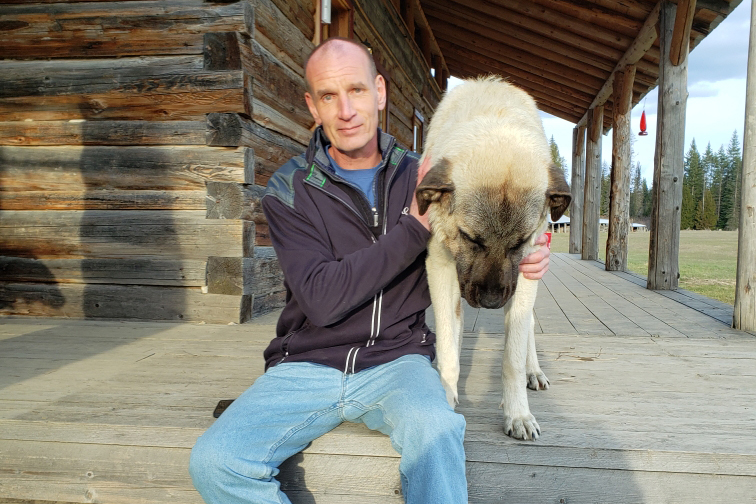 After 37 years behind bars, Arthur Longworth was released from prison earlier this month following a King County Superior Court judge’s ruling that overturned his life sentence for murder. (Courtesy of Arthur Longworth)

The efforts made by the Washington Department of Corrections to keep Arthur Longworth imprisoned might make a person wonder. Despite a judge’s ruling in February that overturned his life sentence for murder, Longworth remained behind bars, entangled in legal technicalities that could have held him for 20 more years.

Instead, the King County prosecuting attorney, his deputy chief of staff, the secretary of the Washington Department of Children, Youth and Families, staff at the state Attorney General’s Office, two superior court judges and two defense lawyers joined forces to get Longworth out.

He was, by any stretch, an unusual prisoner.

When Longworth, 57, walked away from the Washington State Penitentiary on April 11, after nearly four decades behind bars, he had been published in The New Republic, won multiple literary awards and earned the respect of officials at the highest levels of state government.

“I am just overwhelmed,” Longworth said, a few hours after taking his first steps as a free adult. “Getting out was incredibly difficult. I didn’t think I’d make it, but I did.”

His long and tangled journey did not look unique at the beginning. He had been dumped from foster care at 16, in 1981, with no job, no home and virtually no education. Within four years he had committed armed robbery and stabbed 25-year-old Cindy Nelson to death behind an IHOP restaurant in the University District.

Longworth was sentenced to die in prison, and his first decades behind bars were notable mainly for the number of infractions he racked up — nearly 100 — and the time he spent in solitary confinement as a result. 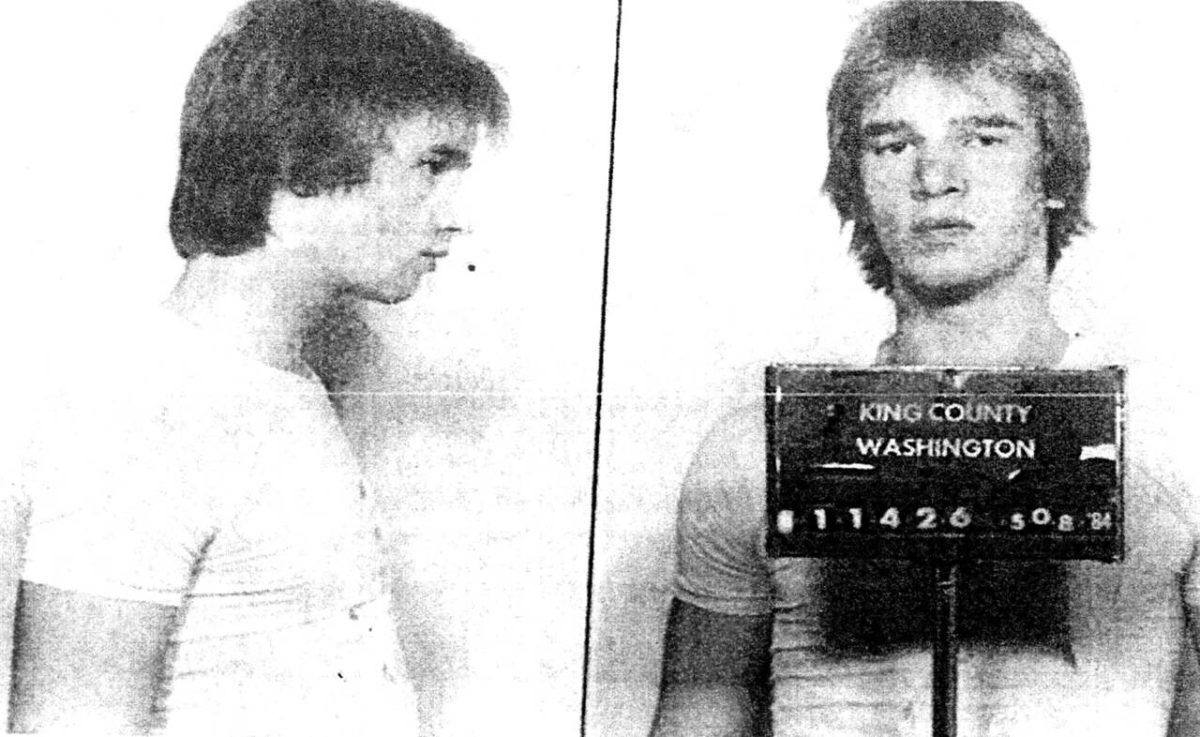 But by 2013, after noticing how many of his fellow inmates also had spent their youth in foster care, Longworth convened an advocacy group to study the connection between being “raised by the state,” as he puts it, and ending up in its prisons.

One of the first policymakers to listen was Ross Hunter, who oversees foster care in Washington. What Hunter heard from the men in Longworth’s “state-raised working group” haunted him for years.

“I believe in redemption. A commitment to making the world a better place can be the basis of that redemption, and that’s what I’ve seen in Art,” Hunter testified to a superior court judge in February, urging her to release Longworth so he can continue working to reform foster care. “People should not be defined forever by the worst thing they’ve ever done.”

A dozen other witnesses made similar pleas during the two-day hearing, and Judge Anna Alexander appeared moved by their words. In amending Longworth’s life sentence to 30 years, she noted his efforts to overcome a “baptism of violence” as a youth in prison.

“Instead of embracing that dysfunction and the despair and the brutality,” Longworth had attempted to atone for his crimes by improving the system that formed him. “That is important,” Alexander said, 37 years to the day of Cindy Nelson’s murder.

Yet the judge’s decision to resentence Longworth to 30 years, less time than the 37 he had already served, did not open his cell door.

The Department of Corrections determined that punishment for Longworth’s old robbery charges from 1983 — which became moot when he received a life sentence — now had to be addressed.

This news stunned Longworth and his legal team, who had put their faith in a 2006 document generated by the Department of Corrections that showed Longworth’s robbery conviction was satisfied in 1991. Now, corrections officials were saying the paperwork was incorrect because of a technology glitch.

“The electronic system was not able to be updated,” said Department of Corrections spokesman Tobby Hatley, explaining that Longworth’s robbery conviction was to be served after his life sentence — a technicality at the time, since no one expected  Longworth to ever be free again. “We were unable to update our system to accurately reflect Mr. Longworth’s consecutive King County confinement term until after his recent resentencing.”

To Longworth, this rationale sounded downright Kafkaesque, given that he had already served seven years more than the judge’s amended sentence. The state seemed to be saying that time counted for nothing.

“By that logic, they could literally keep me in here for the rest of my life,” he said during a phone call from prison last month. “In what world is that OK?”

The Department of Corrections’ decision hinged on a hairsplitting reading of Longworth’s original 1986 murder sentence, which specified that punishment for his robbery conviction would be served consecutive to his life sentence, making it essentially hypothetical.

But a legal ruling last year upended that calculus. Handed down by state Supreme Court, the Monschke decision holds that anyone automatically sentenced to life without parole for a crime committed before age 21 may have that punishment reconsidered through the lens of their youth at the time.

Though Monschke does not focus on the role of trauma in crime, during Longworth’s resentencing the abuse he suffered in foster care became an important factor. In one group home, Longworth endured violence so extreme that it was included in a class action lawsuit and won him a significant settlement from Washington state—even as he sat behind bars.

“I was raised to be an animal, and that’s what happened,” Longworth testified about his life in state care.

Sandra Rodgers, the sister of Longworth’s murder victim, made much the same point in protesting his release. Why wasn’t Longworth locked away after committing those robberies when he was 18? she asked, criticizing an “overly permissive justice system” that had allowed a violent youth onto the streets.

Why had he been permitted to earn a college education in prison, and get married, and become a property owner through his legal settlement, when he had obliterated any chance for her sister to have similar opportunities?

Longworth wept as she spoke.

“My actions as a young person are indefensible, and I’m sorry,” he said. “Prison did not make me sorry. I’ve always been horrified by what I did.”

The crux of Longworth’s argument for release centered on his efforts to atone by working with policymakers to change foster care and prevent future cases like his own, rather than remaining locked behind prison walls.

But none of this mattered to the Department of Corrections, which held to wording that stipulated Longworth serve time for his crimes consecutively, rather than concurrently. That’s where lawyer Casey Trupin stepped in with one last Hail Mary pass.

A new law allows prosecutors to request changes to criminal sentences if an old punishment “no longer serves the interests of justice.” In Trupin’s mind, Longworth was a walking exemplar of that concept.

Yet Trupin had almost no experience in criminal court. He wasn’t even a practicing attorney anymore.

A longtime advocate for foster kids, Trupin had moved from work at Columbia Legal Services into philanthropy. He had kept his law license current but spent his days at the Raikes Foundation, coordinating strategies for homeless youth. Longworth reached out to him after they met at a presentation of his state-raised inmates group at the Monroe Correctional Complex.

“I thought, great guy, but this is absolutely not my bag,” Trupin recalled.

Then he reconsidered. By the time Longworth got in touch, in 2018,  he had amassed an enormous network of supporters through his prison work and writing, and he was speaking to issues Trupin had worked on for his entire career.

“He’s such an amazing person,” the lawyer sighed. “I thought, how can I turn my back?”

But had Trupin anticipated the herculean efforts required in the months after Longworth’s resentencing — corralling prosecutors, badgering corrections officials, and buttonholing legal experts — he might never have signed on.

“It was stunning how many times we got close, only to have it ripped out from under us,” Trupin said of the winding road to Longworth’s release. “There was not much question in anyone’s mind that Art could do a lot of good, yet it was incredibly complicated to get him out — in that way, the system is broken.”

In the end, Longworth’s freedom hinged on a quick signature from King County Judge Hillary Madsen, which changed the word consecutive to concurrent. With that, Longworth’s 1983 robbery sentence was satisfied.

After 37 years behind bars, the first place he headed was a pizza joint. The options were overwhelming — sausage? pepperoni? vegetarian? — so Longworth let a friend order for him: barbecue chicken pizza, a dish that didn’t exist in Washington the last time he’d tasted food as a free man.