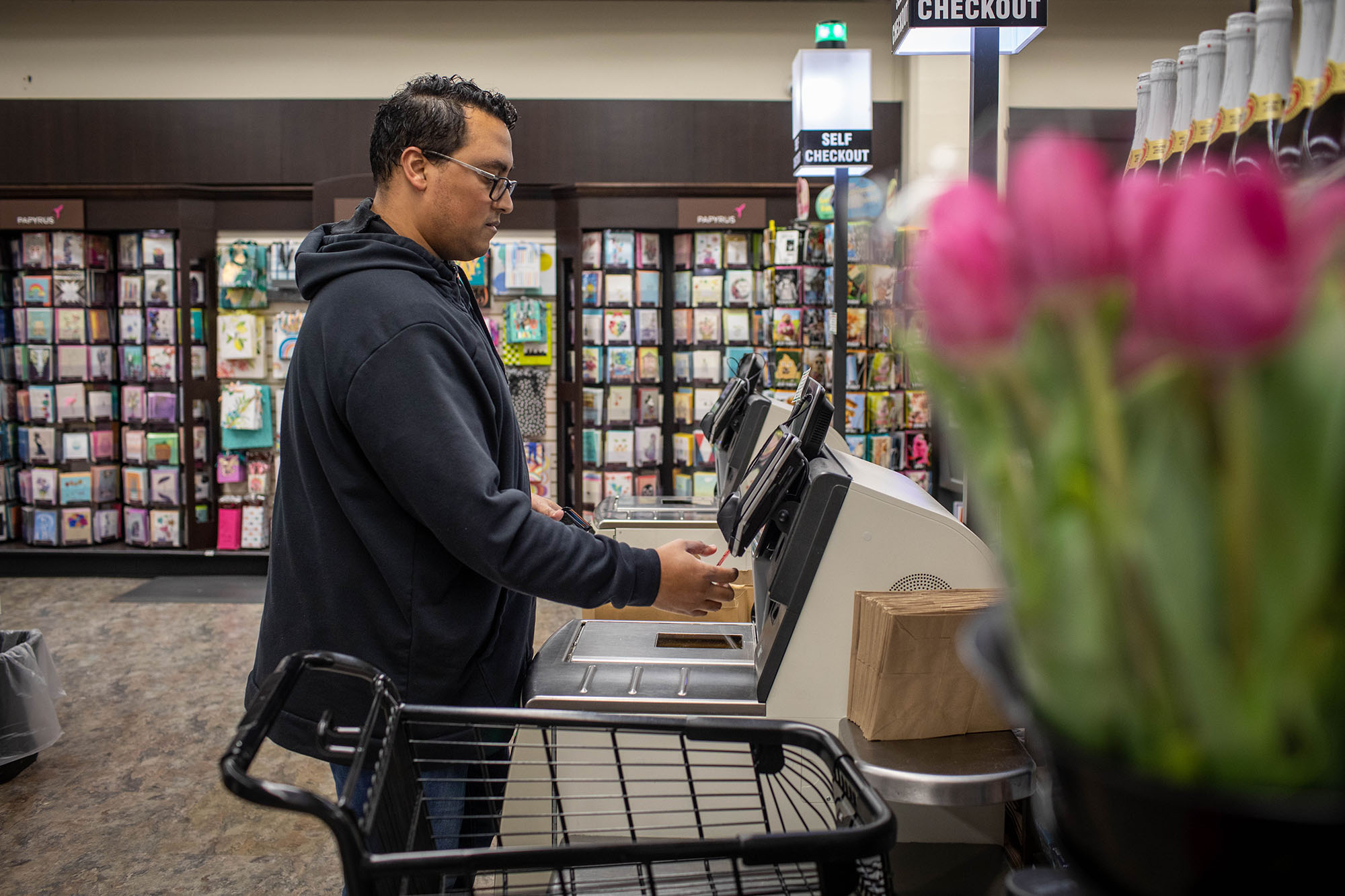 With his first guaranteed basic income check, Geno Rosario purchased a cartload full of groceries. As the end of the month crept closer, there was no dread setting in, Rosario didn't need to worry about stretching his paycheck until the next one came. The $500 monthly stipend filled in the gap.

The extra money is also making homework time less of a struggle for Rosario and his son, who fell behind in reading and math during the pandemic. Rather than spending hours after dinner trying to have him catch up, Rosario could now afford tutoring, leaving evenings for playing video games and goofing off.

“He took a major step back,” said the technology consultant living in Tacoma. “Trying to get him caught up was exasperating.”

The guaranteed basic income program — Growing Resilience in Tacoma, or GRIT — is one of a handful experimenting in the Puget Sound area, giving a recurring, monthly payment directly to households. It is meant to supplement, not replace, existing social safety nets. And after watching COVID-era monthly federal child tax credit payments — essentially a type of a guaranteed basic income — lift families out of poverty, some lawmakers hope to bring the idea statewide.

“With the GRIT payment, I can relax, stop and breathe. And not freak out,” Rosario said. “To have enough left over to breathe, to not have to count the days, it feels like there is a load off my shoulders.”

Launched late last year by the city of Tacoma and the local United Way chapter, the guaranteed basic income program is aimed at households making just above the federal poverty line because this population is consistently left out of the conversation, said Abigail Lawson, director of the program.

“There is the assumption that they can meet basic needs,” said Lawson. “But for these families there’s barely enough room for surviving, let alone thriving.” 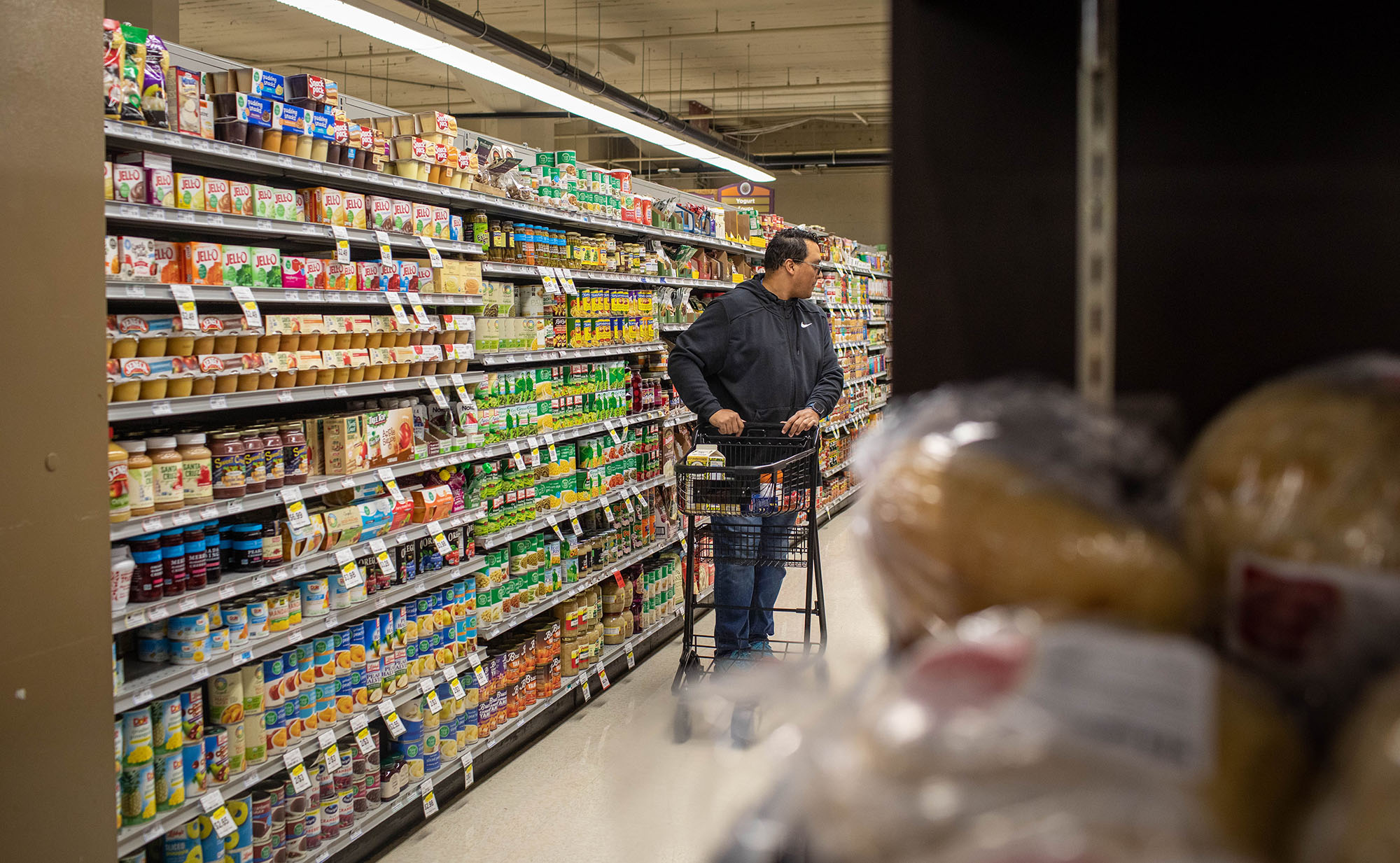 Geno Rosario also uses the recurring, monthly payment to hire a tutor for his son, who fell behind at school during the pandemic. (Lizz Giordano for Crosscut)

Geno Rosario also uses the recurring, monthly payment to hire a tutor for his son, who fell behind at school during the pandemic. (Lizz Giordano for Crosscut)

Andrew Yang drew attention to the idea of a basic income during his 2020 presidential bid. And as the pandemic raged, the idea picked up steam.

Tacoma’s GRIT program is one of two dozen or so pilots being run across the county as part of Mayors for a Guaranteed Income, a coalition of American mayors, including Tacoma’s mayor Victoria Woodards.

A study from the coalition’s first guaranteed income pilot, which gave 125 residents in Stockton, California, $500 per month for two years, found the money doubled the number of people who said they could cover a $400 unexpected-expense. And more participants were employed in full-time jobs a year into the pilot.

Of the qualified Tacoma families that applied to participate in GRIT, 110 were randomly selected to receive the $500 monthly stipend. A total of 135 others are acting as a control group for a research project run by the Center for Guaranteed Income Research at the University of Pennsylvania. Participants from each group will be interviewed by researchers several times throughout the year and are allowing their spending habits to be tracked. Private funds are being used in Tacoma for the payments, which includes $600,000 from the Mayors for a Guaranteed Income coalition and nearly $200,000 in private donations.

During the pandemic, a guaranteed basic income by another name — the federal child tax credit — provided many families with kids under 17 with an automatic monthly payment. It immediately lifted millions of children nationwide out of poverty, said Dona Ponepinto, CEO and president of United Way of Pierce County. When the child tax credit expired, the number living in poverty shot back up.

According to a study by the Center on Poverty and Social Policy at Columbia University, child poverty rates increased by 41%, and 3.7 million fell into poverty when child tax credit payments stopped in January.

Seeing so many children be lifted out of poverty by the federal child tax credit spurred state Rep. Liz Berry, D-Seattle, to push for a statewide guaranteed basic income in Washington.

“We know that giving people cash with no strings attached as quickly as possible actually works. We did it during the pandemic,” Berry said. “There are too many families in our state that are living in or on the brink of poverty, and we have the means to support them right now.”

Her proposal: 36 monthly payments equal to the average area rent of a two-bedroom apartment where the participant lives. Washington residents over 18 years old with an income at or below 50% of U.S. Department of Housing and Urban Development’s area median income limits would be eligible — about $40,500 for a household of one in the Seattle region in 2021.

“I did not think to tie it to rent, but people with lived experiences that help shape and form the bill suggested this avenue as the best way to do these cash payments,” Berry said. “Their opinion was that tying it to HUD rates was a better way to estimate cost of living.”

The bill — Evergreen Basic Income Trust —which died during the 2022 legislative session, was just the start of the conversation, Berry said. The proposal would also build on an upcoming state guaranteed income study set to be released this summer, as the Legislature requested.

“Our goal,” Berry said, “was to drop a bill, get good press, then socialize the concept and educate the committee.” And then next year bring a bill to pay for a pilot, she added. 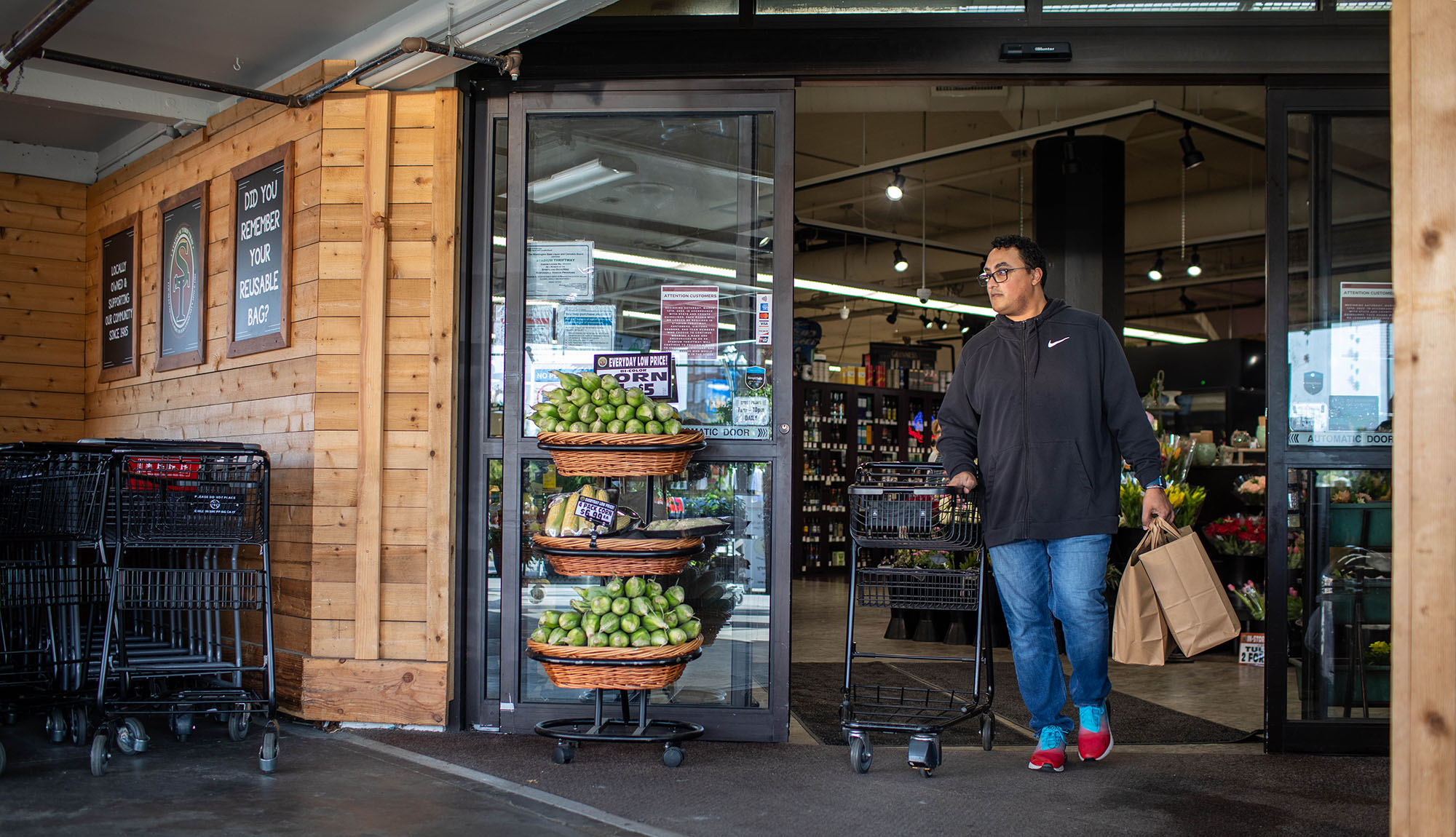 A guaranteed basic income makes the stretch between pay days a little easier for Geno Rosario. “To have enough left over to breathe, to not have to count the days, it feels like there is a load off my shoulders,” he says. (Lizz Giordano for Crosscut)

A guaranteed basic income makes the stretch between pay days a little easier for Geno Rosario. “To have enough left over to breathe, to not have to count the days, it feels like there is a load off my shoulders,” he says. (Lizz Giordano for Crosscut)

“I was getting so many inbound messages from people who are just on the brink of economic collapse,'' said Zahilay. “During the pandemic, people’s needs were very broad; there was not one single need. People just needed funds in their hands to survive.”

So Zahilay leveraged what money he immediately had access to, redirecting a portion of his office funds and grant funding allocated to council members to the program. Throughout last year, 10 families received $1,000 a month for a year — no strings attached. The participants were chosen by the Rainier Beach Action Coalition and Urban Family, which partnered with Zahilay’s office.

When living paycheck to paycheck, there’s no room for error in people’s lives, he said. “A lot of these government programs that exist are tied to a specific purpose, but that doesn't help if it's an unexpected expense,” he said.

Families spent the monthly stipend on rent, food and other basic necessities, according to Danielle Jackson, who ran Rainier Beach Action Coalition’s program. And the money also allowed families to save and visit out-of-town relatives.

“We saw a lot of people who were able to have a better quality of life, more time spent with family. They were able to prioritize school,” Zahilay said. “And it always stands out to me, the emotional side of it, families expressing how much anxiety and stress was reduced.”

“Having stability and security, that’s invaluable” he added.

Abdoullahe Bayo said the extra funds allowed him to relax. His family was one of five selected by the Rainier Beach Action Coalition to participate in the tiny program. The father of eight, seven of whom live at home in South Seattle, had relied on unemployment to pay bills.

The former long-haul trucker had been working for Uber, but last year his car became too old to drive for the company. Bayo immigrated to the U.S. nearly 30 years ago from Gambia, a small county in West Africa. He used the guaranteed income monthly stipend mostly for basic necessities: rent, food, toiletries and clothing for his kids.

“A lot of families need this type of support,” Bayo said.

The largest and longest guaranteed basic income program being developed in the state focuses on pregnant Indigenous women and their child’s first 1,000 days of life. Perigee Fund, a foundation focused on early relationships between infants and their caregivers, is partnering with Hummingbird Indigenous Doula + Family Services..

“We are supporting mothers during pregnancy, but also catching children, so they can get that support for the first three years of their life to help mitigate that lifetime stressors of environmental racism,” said Patanjali de la Rocha of the Hummingbird Indigenous Doula + Family Services. “So there’s more of a chance for the opportunity to thrive.”

Over the course of the three-plus-year pilot, set to launch at the end of 2022, 150 families will receive $1,000 in unrestricted cash each month from private donations.

“I wanted it so badly for our community. I know the impact it could potentially have on Native families, Native parents,” said Camie Goldhammer, founder of Hummingbird Indigenous Doula + Family Services.

No-strings-attached payments align both with the organization’s values and with studies that show the approach is better for families, said Gloris Estrella, a director with the Perigee Fund.

“Ethically we also feel it’s important that families have the self-determination in how they use their cash,” said Estrella. “And we feel really strongly about moving away from the paternalistic, stigmatizing approach that society takes toward people who are experiencing poverty.”