How will Seattle Public Schools pay for the new teacher contract?

The district faces a shortfall that nears $200M over three years if it doesn't find a new source of money. 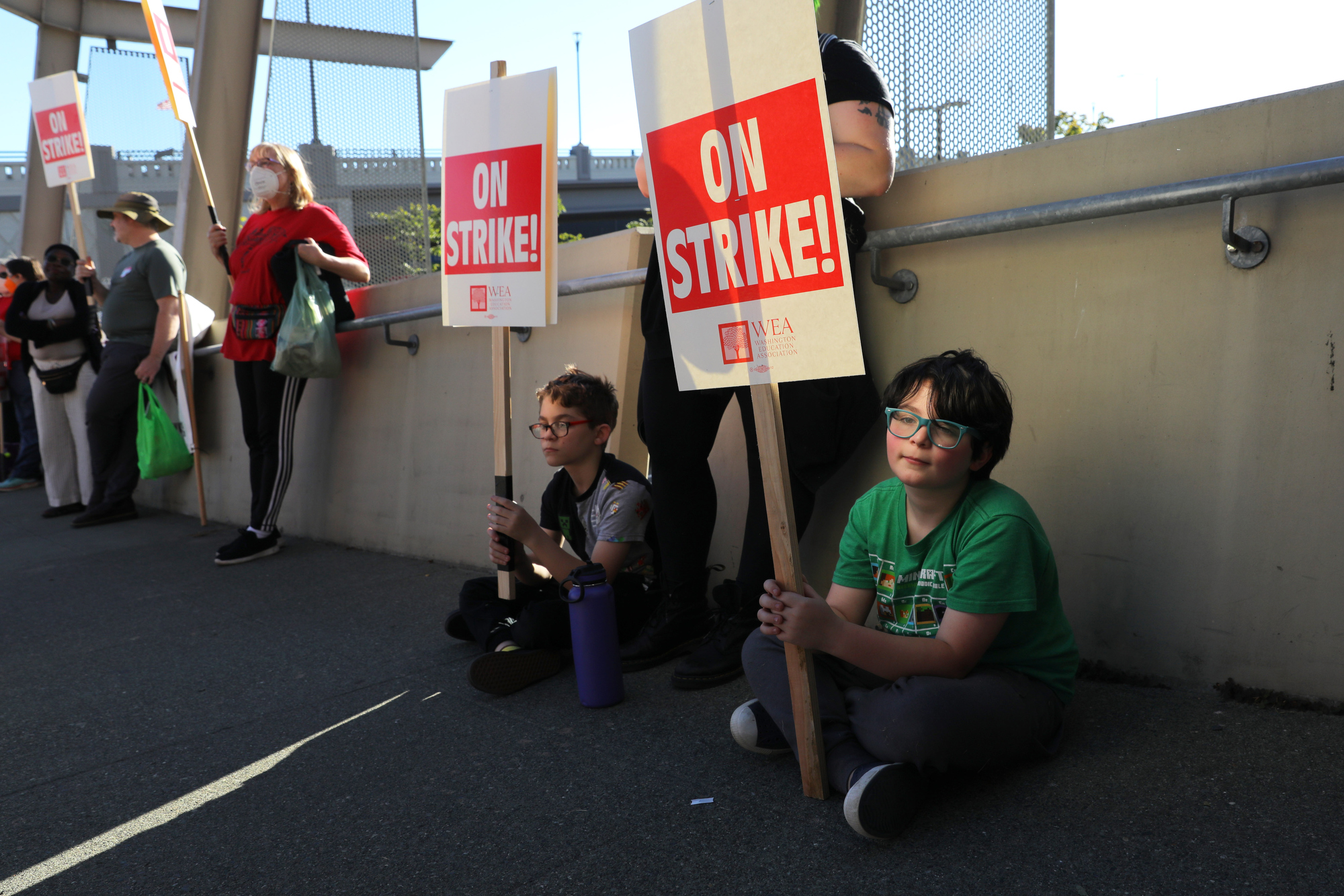 Seattle Public Schools will need to close a nearly $190 million budget gap over the next few years to pay for its new three-year agreement with its educators’ union.

The Seattle Public School Board on Wednesday unanimously approved the contract that was ratified by the Seattle Education Association last week. Now they just need to figure out where to get the money.

After the Seattle Education Association strike that delayed the fall opening of Seattle Public Schools for a week, both the district and the union have voted on an agreement that will require an additional $231 million in the district’s operating funds over the three-year life of the contract.

The additional staff and salary increases will add to existing budget shortfalls in the last two years of the contract. The district, which has a $1.14 billion general fund, created a budget in anticipation of the contract, district officials said Wednesday, resulting in a net difference of an additional $12 million to district expenditures in the current year, $33 million in the 2023-24 year, and $48 million in the 2024-25 year.

However, district officials told the board earlier this month that those costs added to existing shortfalls means that the district will face possible gaps of $47.5 million in 2023-24 and $139 million in 2024-25. The exact figures will depend on student enrollment, which, if it continues to decline, could further erode the district’s income because the state of Washington distributes some education funding with a per-student formula.

“Many things can be true at the same time,” said school board President Brandon Hersey after the vote. “Do our educators deserve to have a living wage and to be able to afford to live in the city where they teach? Hell, yes. Do we currently know the best strategies to figure out how to accommodate that within our subsequent budgets? We made it very clear that the answer to that question is no.”

“I believe that we reached a good collective bargaining agreement and that it comes with a price with extraordinary deficits,” said school board member Leslie Harris. “The Legislature has not in any way, shape or form done right by the school districts, school districts staffs, and most importantly the students in Washington state public schools K-12. Frankly I don’t see that changing anytime soon unless we get together and leverage. These are very dark days ahead, and we need to be very very clear on that.”

Seattle Public Schools has an operating-fund budget this year of about $1.14 billion, paid for by state and federal funding and local taxes. About 59.3% of it comes from state tax dollars, some of which is earmarked for programs such as special education, English Language Learners and buses. About 15.9% of the money comes from local taxes and about 6.7% comes from federal funding.

Officials say the district will rely on federal pandemic relief ESSER funds and its Economic Stabilization funding, general fund money that the Seattle district sets in reserve to keep some programs going during budget shortfalls, to cover the increased costs in the current school year and partially cover the second year. But how the district will cover the shortfall for the second and third years of the contract is still up in the air.

The Seattle Education Association – the union that covers more than 6,000 employees, including teachers, instructional aides, librarians and some office staff – called for a greater cost-of-living adjustment for educators, as well as language outlining how the district will manage the shift to inclusion of special education and English Language Learners in the general classroom.

The staff covered by the union – which is more than 75% of all district employees – will get a 7% raise the first year, followed by 4% in 2023-24 and 3% in 2024-25, according to information released by Seattle Public Schools. The state budget approved by the Legislature earlier this year set aside enough money to give these educators a 5.5% raise this next school year. Anything above that state allocation is on local districts.

The Seattle contract also calls for increased staffing of social workers, nurses and mental health counselors, as well as of speech language specialists.

About 4,000 out of 6,000 union members voted on the contract, which was approved by about 71% of teachers and other certificated staff, 66% of instructional aides and other paraprofessionals, and 82% of office professionals, according to the Seattle Education Association.

Seattle is not the only district facing funding shortages  because of rising costs. The Olympia School District faces a $17.5 million shortfall in next year’s budget, after approving an education staff salary increase that adds up to 18% over three years, according to The Olympian.

Olympia School District Budget Director Jennifer Priddy told Crosscut that the district will be able to analyze the 2023-24 budget after this year’s enrollment is finalized in October. “While a projected budget shortfall is a cause for concern, there are many moving parts to the outlook projection and we will proceed carefully as we begin a public conversation about budget priorities,” Priddy said in an email.

The discussion of budget shortfalls for Seattle schools, as well as in other districts, will likely open the door this upcoming legislative session to questioning how the state is paying for public education.

At a meeting earlier this month, Seattle Public Schools board member Liza Rankin pointed out that the upcoming legislative session is a budget year, and called for the state to start paying for the school supports that teachers and parents have said help with classroom success. “So why don't we have counselors… Why doesn't every school have a nurse? It's because the state doesn't pay for it. And the state is how we were funded,” she said.

The Washington Legislature allocates education dollars, which make up 53% of the state budget, using a so-called “prototypical school model.” That model says every school will get a certain number of teachers and other support staff, including nurses and librarians and counselors, based on student population. A related salary schedule divides the state into cost-of-living regions. It’s a complicated model that resulted from years of legal wrangling, including the 2012 McCleary decision.

Seattle Education Association President Jennifer Matter said in a press conference announcing the union’s ratification of the contract that discussions for how to fund school supports should come up not only during contract negotiations, but on a broader and statewide level.

“We also have a broken, you know, K-12 prototypical model that doesn't fully fund for counselors, social workers, family support workers, those people who provide mental health support,” she said.

Matter said that education advocates will have to return to the Legislature this year to push for those changes. “Yes, there were huge gains this past spring with our Legislature, but there's still more to do,” she said.

Hersey also said that something needs to change with school funding.

“I know for a fact we are not the only ones in this situation,” he said, “I think that it speaks volumes to the fact that the state currently does spend over 50% of its budget on K-12 education and that’s clearly not enough.”