With reports of increased levels of stress and anxiety among Washington youth, schools are treating mental health absences similarly to sick days. 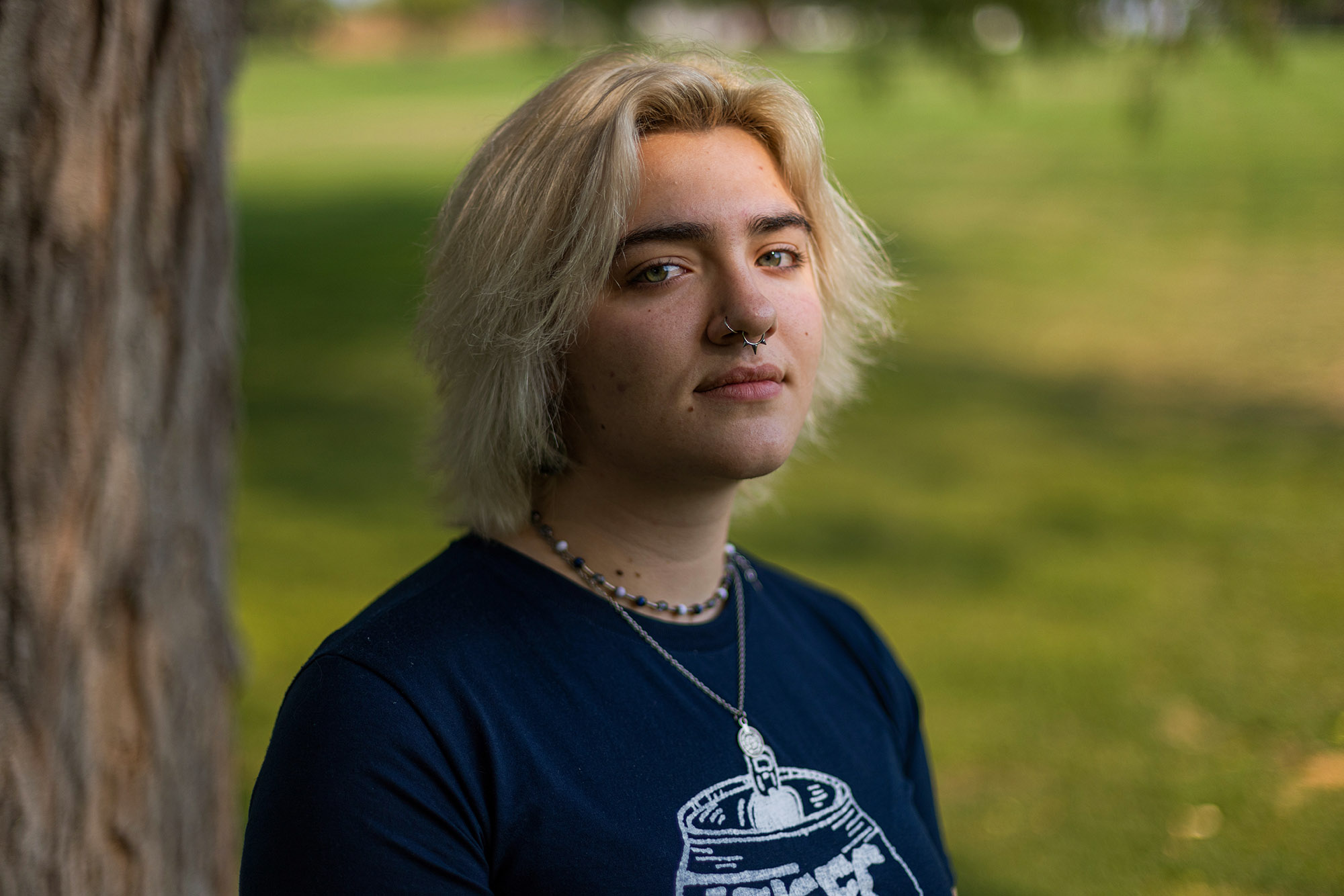 Thai See, a senior at West Valley High School in Yakima, was part of a statewide student advocacy group that testified in favor of HB 1834 earlier this year. The law allows students in Washington to take off school for their mental health. She is photographed here on Sept. 13 in Yakima. (Jake Parrish/Crosscut)

Starting this school year, Washington has joined a growing number of states that can excuse students from school specifically to take care of their mental health. The change comes amid increasing rates of depression and anxiety — which have been steadily rising for at least a decade.

Before the law — HB 1834, which took effect June 9 — was passed, one of Thai See’s friends had to take a mental health day, whether it was officially OK or not.

“He just didn’t come to school one day. [He] was like, ‘I can't handle it… And I had to tell my mom that I'm throwing up and I can't go, but I just cannot stomach it today,’” said See, a senior at West Valley High School in Yakima and a member of the statewide group Justice for Girls Coalition for Washington State who testified for the change before the state Legislature. “And it was heartbreaking.”

No one says that mental health days are a new thing for students. But this will be the first school year in Washington that it’s an official thing.

“I would argue that those kinds of absences have been going on forever, it’s just now that we’re coding it differently in our system,” said Enumclaw High School Principal Rodrick Merrell. “Now parents can be honest and say, ‘My student is struggling today.’”

He says the change means that each school can make an official count of its mental health-related absences. Washington is one of 12 states that specifically allows students to take excused mental health days off, according to the website Very Well Mind. The first was Virginia, which implemented its law in 2019. At least four other states are considering it.

The law does not allow students to excuse themselves, and each district will come up with its own requirements — for example, if a parent or doctor note will be needed to determine whether an absence is excused.

Merrell said that it’s a change that’s been needed. “If a kid breaks their leg, we wouldn’t expect them to take part in PE,” Merrell said. “But I don’t think there’s an equivalent for a student with debilitating depression.”

The new rule also enables a school to collect information on its overall mental health, which can inform how it might respond in other ways. “If I had a lot of kids taking mental health days, and we had that data, we can ask, ‘Are there other things we can do to help students?’” Merrell said.

Offering mental health days can also serve another purpose: to normalize issues of mental health. “We’re trying to destigmatize mental health challenges. It’s not a thing that we are talking about,” Merrell said.

The change comes as Washington grapples with a mental health crisis among youth. The Healthy Youth Survey, a statewide questionnaire of students across grade levels, showed that in 2021, 45% of Washington 12th graders reported feeling depressed (sad and hopeless), an increase of four percentage points since 2018. A decade ago, in 2012, 30% of 12th graders reported feeling depressed.

The governor's declaration called for the end of all-remote learning as part of the state's response to the mental health crisis, and authorized the Health Care Authority and the Department of Health to work on recommendations to support youth mental health. 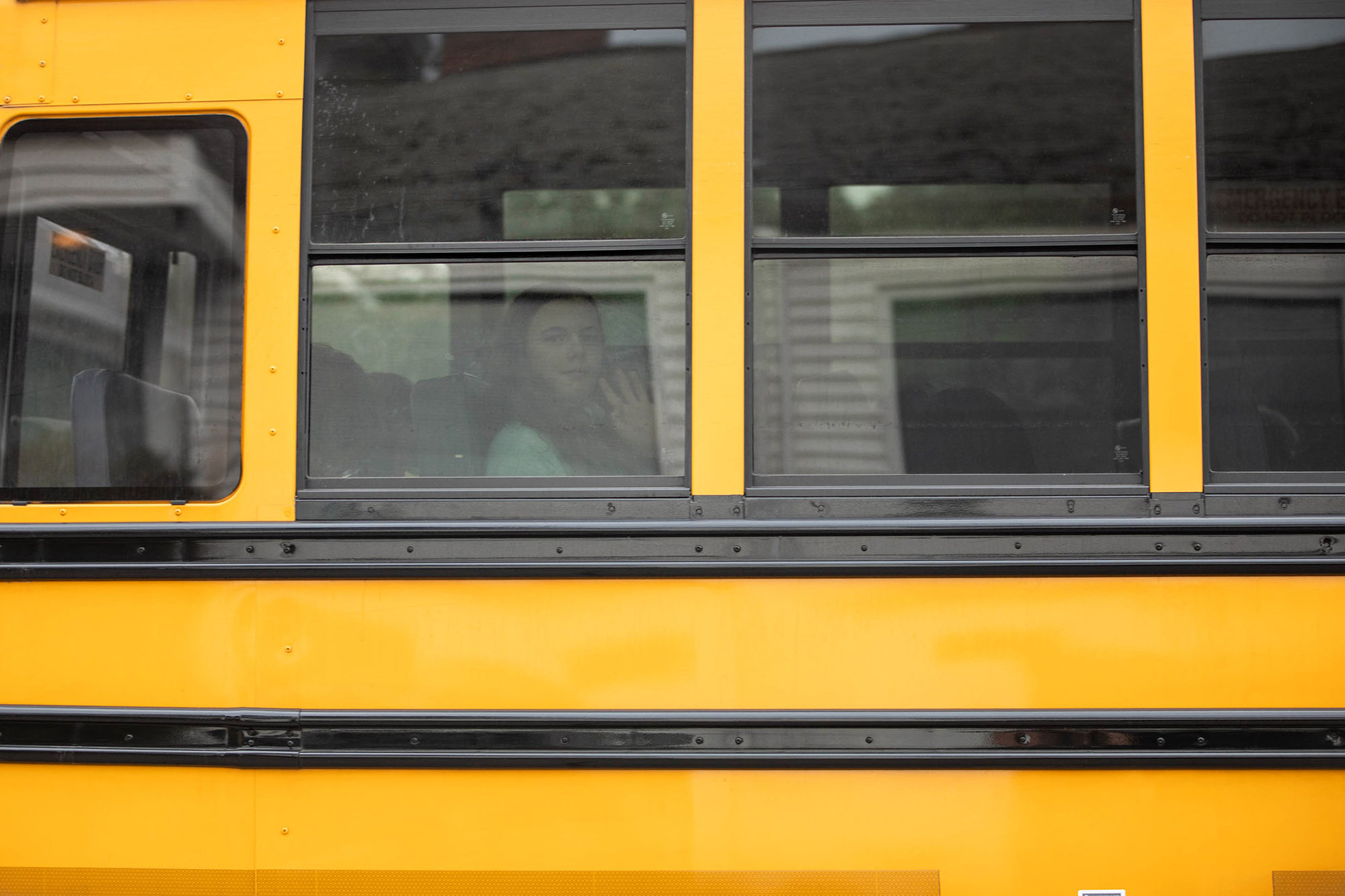 Starting this year, students in Washington schools will be able to take days off for mental health. This comes after the state has been characterizing youth mental health as a crisis. Students say this change is needed. (Amanda Snyder/Crosscut)

Starting this year, students in Washington schools will be able to take days off for mental health. This comes after the state has been characterizing youth mental health as a crisis. Students say this change is needed. (Amanda Snyder/Crosscut)

A public response to mental health

In its guidance on the implementation of the new law, the Washington Office of Superintendent of Public Instruction (OSPI) also cited rising rates of absenteeism among students. According to the Washington State Report card, regular attendance — as defined by fewer than two absences per month — dropped from 89.4% in the 2019-20 school year to 80.1% in 2020-21, the most recent year data was available. The 2019-20 school year actually saw improved attendance after about three years of holding steady at about 82%.

Hedy Chang, of Attendance Works, an education consulting group that helps districts and states develop strategies to boost student attendance, said districts nationwide have reported this doubling of chronic absence. She said the school environments and practices that usually provide stability and relationship-building were disrupted by the pandemic — including the outbreaks of COVID-19 that spread among students and teachers when schools returned to in-person learning. And while she applauds the shift away from blaming students when they are in crisis, she said that allowing for mental health days is only one tool in addressing student well-being.

Attendance Works discourages considering the issue of absences only on an individual level, and encourages schools to take a public health approach to create more emotionally supportive environments. “To get kids to come to school you need to have positive conditions for learning. That school feels like a physically and emotionally healthy safe place to be. You’re not getting bullied. You think it’s relatively clean,” Chang said. “The second part is connection and support. The third part is that it's academically engaging. The last part to that is you have adults and students who have social and emotional well-being so they can learn.”

“If your staff is all burnt out, you’re not going to get an environment of social and emotional well-being,” she added.

While awareness of the mental health crisis in schools is growing, it’s still not a conversation many students are ready to have with each other, said See, the Yakima student.

See said schools could be doing more to help students cope, such as providing mental health counselors at the school-based health care centers the Legislature approved in 2021 for elementary, middle and high schools.

She said schools could also explore ways students can shape their own high school experience, such as Running Start and online schools, because those are alternatives that high school students might not learn about on their own.

“There's so many ways to cater and tailor your high school experience that can definitely take the stress off,” See said. “And I do not feel like they advertise that enough to students.” See also said that just having trusted adults at school helps a lot in improving students’ feelings of well-being.

When See told her classmate she would share his experience with lawmakers this year in support of the new mental health policy, she said it brought a positive response. “He was like, ‘Oh, that's so cool.’ And so letting people know that they're heard, and they're important, is something that's really cool.”