Instead of praying for better weather in the future, Washington's tree fruit growers are buckling up for more cold and wet conditions. 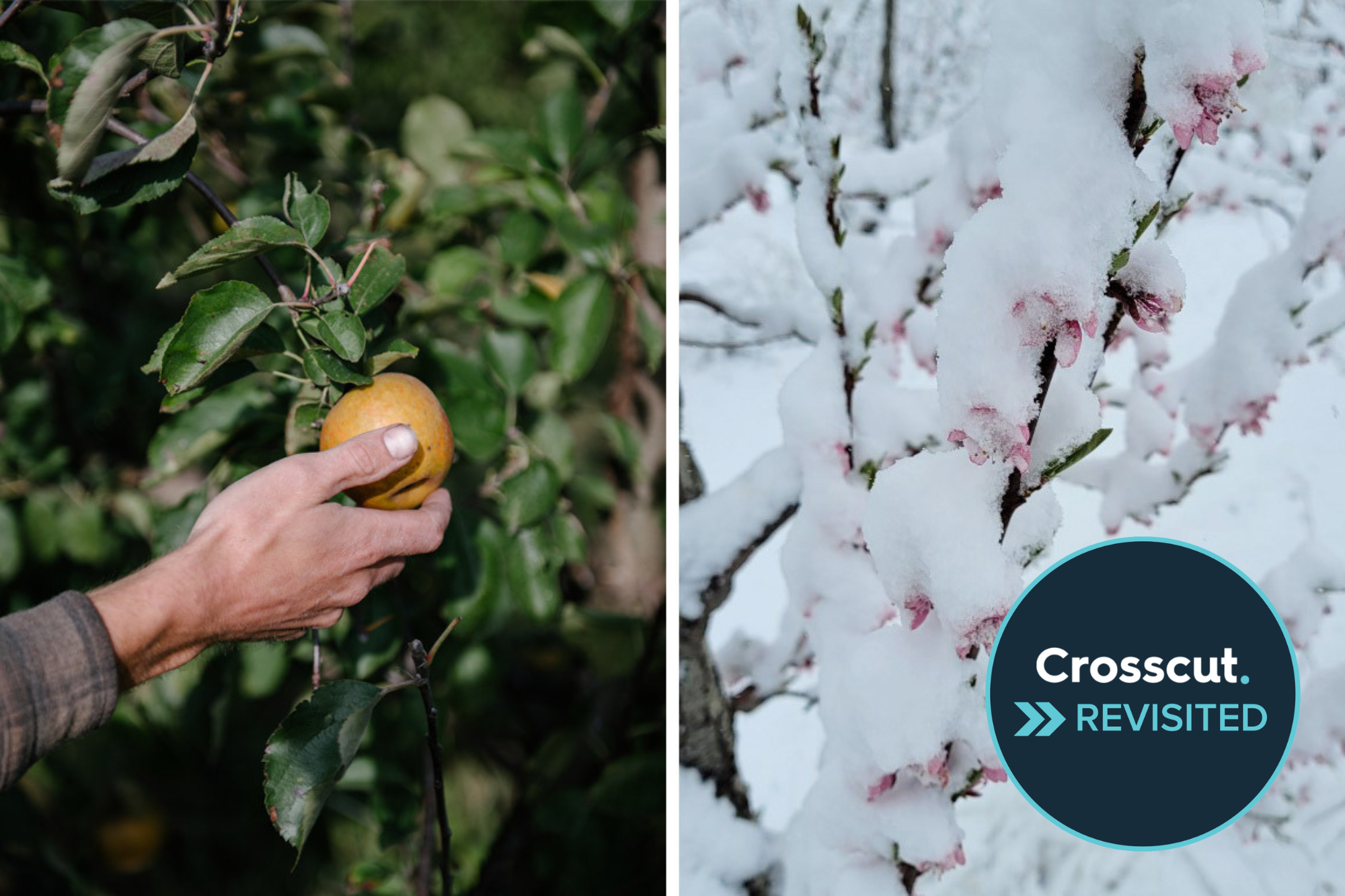 The Tonnemaker family, which operates farms in Woodinville and Royal City in Eastern Washington, has something to celebrate this holiday season despite losing nearly their entire sweet-cherry crop earlier in 2022.

Those visiting year-round farmers markets in Capitol Hill, West Seattle or the University District this month will discover peppers and late-season apples, thanks to a warm fall that created ideal growing conditions for that bounty.

A cold and wet spring created havoc for the state’s tree-fruit harvest this year. The damp weather reduced spring pollination activity, stunting crop development. Snow damaged many of those limited buds, keeping them from growing into apples, cherries and other fruit.

That translated to a much smaller crop — or, in the Tonnemakers’ case, hardly any crop at all. Besides cherries, the family also lost most of its apricots and a sizable portion of its peaches, both grown in Royal City.

Farmers in this state always anticipate having to respond to less-than-ideal weather conditions. Still, this year’s weather was both extreme and unpredictable, said Jon DeVaney, president of the Washington State Tree Fruit Association.

“It was a significant weather event that led to a pretty large reduction in the size of the crop,” he said.

For example, the equivalent of 12.2 million 20-pound boxes of cherries were harvested and sold in Washington in 2022, according to figures from the Washington State Tree Fruit Association. That’s a 35% decrease from a year ago and half as much as the 24.4 million boxes harvested in 2017.

Apples fared better, but there was a drop there, too: Current estimates have this year’s crop at 100.8 million 40-pound boxes, an 18% drop from a year ago.

Smaller-volume crops typically yield higher prices, but “not enough to offset the increasing costs they’re seeing in production from the inflation out there,” DeVaney said.

Cherries are the Tonnemakers’ main summer moneymaker. Having no cherry crop and a reduced peach crop meant a significant loss in summer sales, Kurt Tonnemaker said.

Losses continued in the fall. Typically, the Royal City Farm produces thousands of pounds of Cameo apples. This year, they harvested about 30 pounds. However, other late apple varieties survived, thanks to warmer fall weather. And since apples store well, they’ll have fruit to sell well into 2023.

Other items, such as peppers and tomatoes, also benefited from the warm weather and increased the amount the farm could sell at farmers markets and through its Community Supported Agriculture, or CSA, subscription boxes.

They’re thankful for their partial recovery. Still, “it’s never going to make up [for] the tons of cherries we lost,” he said.

Although farmers are likely hoping for better weather for their 2023 harvest, DeVaney said growers would be better off preparing for unusual or extreme weather conditions in the years, even decades, to come.

In that spirit, the Washington State Tree Fruit Association offered a weather and climate panel at its annual meeting in Wenatchee earlier this month. It featured staff from Washington State University’s AgWeatherNet, a network of 346 weather stations across the state that provide forecasts to help the agriculture industry anticipate weather conditions, such as frost or wind, that could adversely affect production. The network includes 221 stations owned by WSU and 125 owned by individual growers.

Generally, growers need more specific weather information than the general public, to help them protect their crops as adverse conditions arrive. For example, the weather stations have wind and temperature sensors at different heights. This helps growers sense how to best apply tools to protect orchards from frost, such as blowing wind machines and using sprays.

“There is a lot of interest in site-specific monitoring,” Khot said.

However, the forecasts are limited to 24 hours. The next step is to improve the station and data collection so that AgWeatherNet can provide forecasts up to 10 days ahead, giving growers more time to prepare for adverse conditions. AgWeatherNet has started a pilot of such a forecast, but hopes to complete a refined version by the end of September 2024.

Khot said they’re also looking to increase the network by having more growers install weather stations. However, he noted that growers must be willing to maintain the stations to ensure WSU can collect accurate data.

Besides their day-to-day decisions, growers are also looking at other practices, such as switching to fruit varieties that can better endure different weather conditions or adjusting planting schedules to avoid periods when crops would be more impacted by extreme weather conditions, such as heat, wind or rain, DeVaney said.

“If you have a variety that is harvested really late or blooms early, you might have challenges in unpredictable climate,” he said.