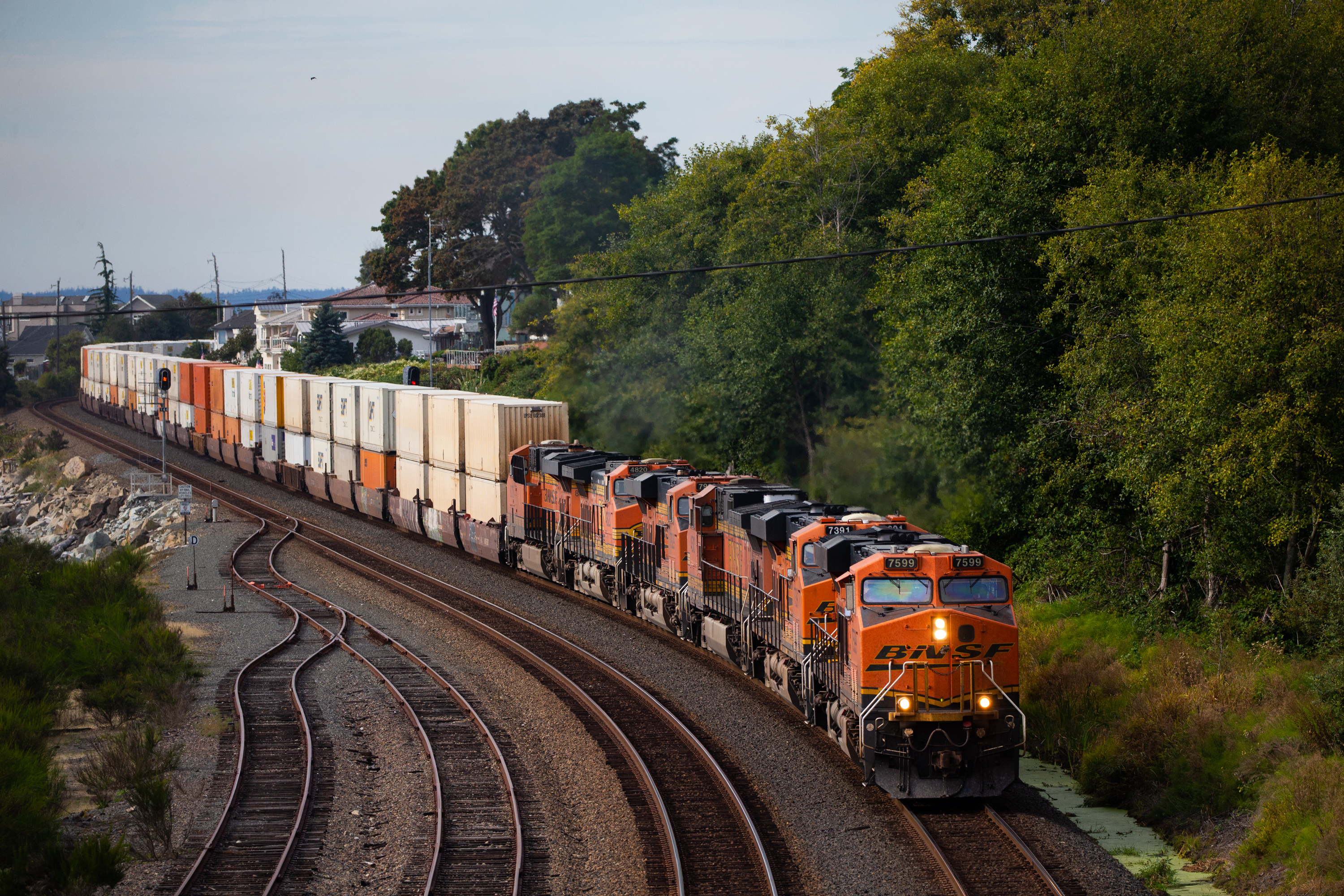 A BNSF freight train heads south on a track winding through Richmond Beach in Shoreline on September 5, 2019. (Karen Ducey/Crosscut)

Rail workers across America were barred from going on strike after Congress voted on Dec. 1 to require 12 unions to adopt a new contract despite the unions’ objections. The Congressional intervention came after nearly a year of tense negotiations and mediation between the unions and railroad companies.

The workers’ fight for paid sick leave was a centerpiece of the negotiations — indicative of both their inability to take time off for health concerns and the industry’s shrinking work/life balance. Stories abound of rail workers putting off basic medical care and later needing much more invasive surgery. The Washington Post reported on an engineer who postponed a doctor’s visit and died of a heart attack on the job weeks later.

There was a failed last-minute push at the end of November by progressive Democrats in Congress to give workers seven days of paid sick leave. The final package includes just one day of “paid personal leave.”

Rail workers have vacation time, but it requires advance notice, meaning if they take the day off because they wake up with the flu, they can be disciplined. Too many points on your record, and you can lose your job.

Workers also have longer-term paid sickness and unemployment benefits for absences longer than seven days. But those also are not meant to provide people with unexpected days off, which means more often than not, people have to go to work sick.

The lack of time off comes at a time when the rail industry has lost 29% of its workforce in recent years to layoffs, quitting and retirement and, in turn, is earning record profits. Operating with bare-bones crews means rail companies can’t spare crew members who take time off. Workers are on call nearly 24/7.

“Seventy percent of the workforce has to do 100% of the work,” said Tim Gillum, vice general chairman for the Brotherhood of Maintenance Way Employees, a track-worker union. “It was already hard enough to try to have a life. Now you have to cover for those other 30%.”

So why don’t Washington-based rail workers have paid sick leave time despite the statewide legal requirement? For much the same reason Congress can intervene in rail industry contract negotiations: The industry is heavily regulated by federal laws adopted during rail’s late 19th-century and early 20th-century primacy. 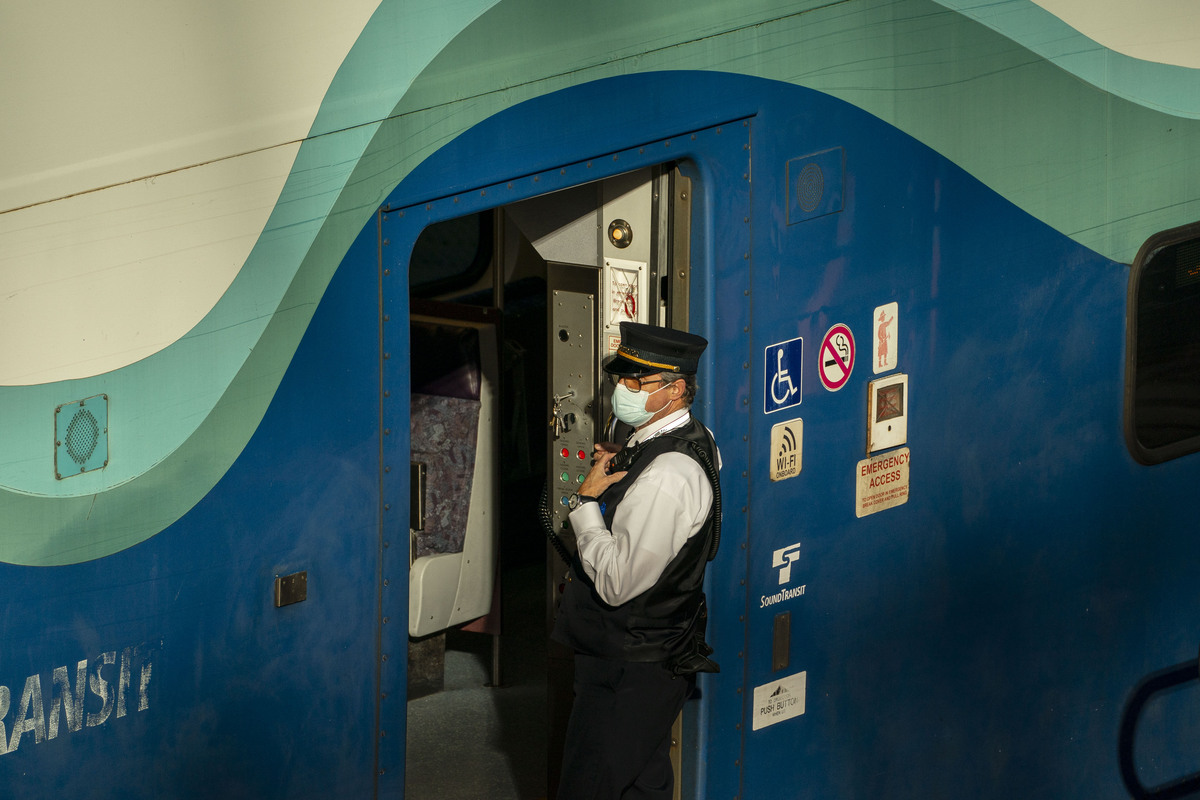 A conductor stands in the door of a Sounder train at King Street Station on November 15, 2021. While passenger-rail workers were not threatening to strike, they would have been impacted by freight-train worker strikes since they share the same rail lines. (David Ryder/Crosscut)

A conductor stands in the door of a Sounder train at King Street Station on November 15, 2021. While passenger-rail workers were not threatening to strike, they would have been impacted by freight-train worker strikes since they share the same rail lines. (David Ryder/Crosscut)

Congress was able to stop the strike because of the powers it granted itself with the 1926 Railway Labor Act, which recognizes that rail has a tremendous impact on the economy — a one-day strike today would have an estimated $2 billion impact.

The 1936 Railroad Unemployment Insurance Act (RUIA) prevents states and municipalities from providing rail workers with paid sick leave. The act was created in the wake of the Great Depression to provide a national insurance pool for workers who couldn’t collect state unemployment insurance benefits. Sickness benefits were added in 1946.

The RUIA explicitly defines preemption of state sickness benefits: “No employee shall have or assert any right to … sickness benefits under a sickness law of any State with respect to sickness periods occurring after June 30, 1947, based upon employment (as defined in this Act).”

Massachusetts put that preemption to the test when it passed a statewide mandatory sick leave law that included all employers. Railroad company CSX Transportation sued, arguing that railroads must be exempted from the state law because of the RUIA. The Massachusetts attorney general argued that rail workers should be covered by state law, but a federal judge in the U.S. Court of Appeals for the First Circuit sided with the railroads and affirmed the preemption.

BNSF Railway and Union Pacific filed a similar lawsuit against the city of Seattle in 2012 after Seattle adopted its mandatory sick leave without exempting rail companies. The city settled the lawsuit by amending the statutory language.

Washington’s state sick leave law has headed off potential lawsuits by excluding “Any carrier subject to regulation by Part 1 of the Interstate Commerce Act.” The 1887 act was passed to regulate the rail industry and later expanded to include interstate truckers and bus lines.

California’s state sick leave law is currently being tested in courts. The state’s attorneys have argued that the RUIA does not cover short-term illness or the more modern concept of paid leave for family illness and therefore should not preempt state law. In 2021, a U.S. District Court judge sided with Amtrak, Union Pacific and BNSF, ruling that the rail companies were exempt from state sick leave. The state appealed, and the case is now being heard in the Ninth Circuit.

The airline industry, which has been subject to the Railway Labor Act since 1966, has also argued it should be exempt from paid sick leave laws and other local and state wage and work standards. In 2018, an airline industry group sued Washington state over the paid sick leave, arguing the Airline Deregulation Act preempts state law.

Ultimately, Washington state prevailed when a Ninth Circuit judge ruled airlines must provide state-mandated sick leave to workers. Airlines tried to appeal to the U.S. Supreme Court, but the Court declined to hear the case earlier this year. 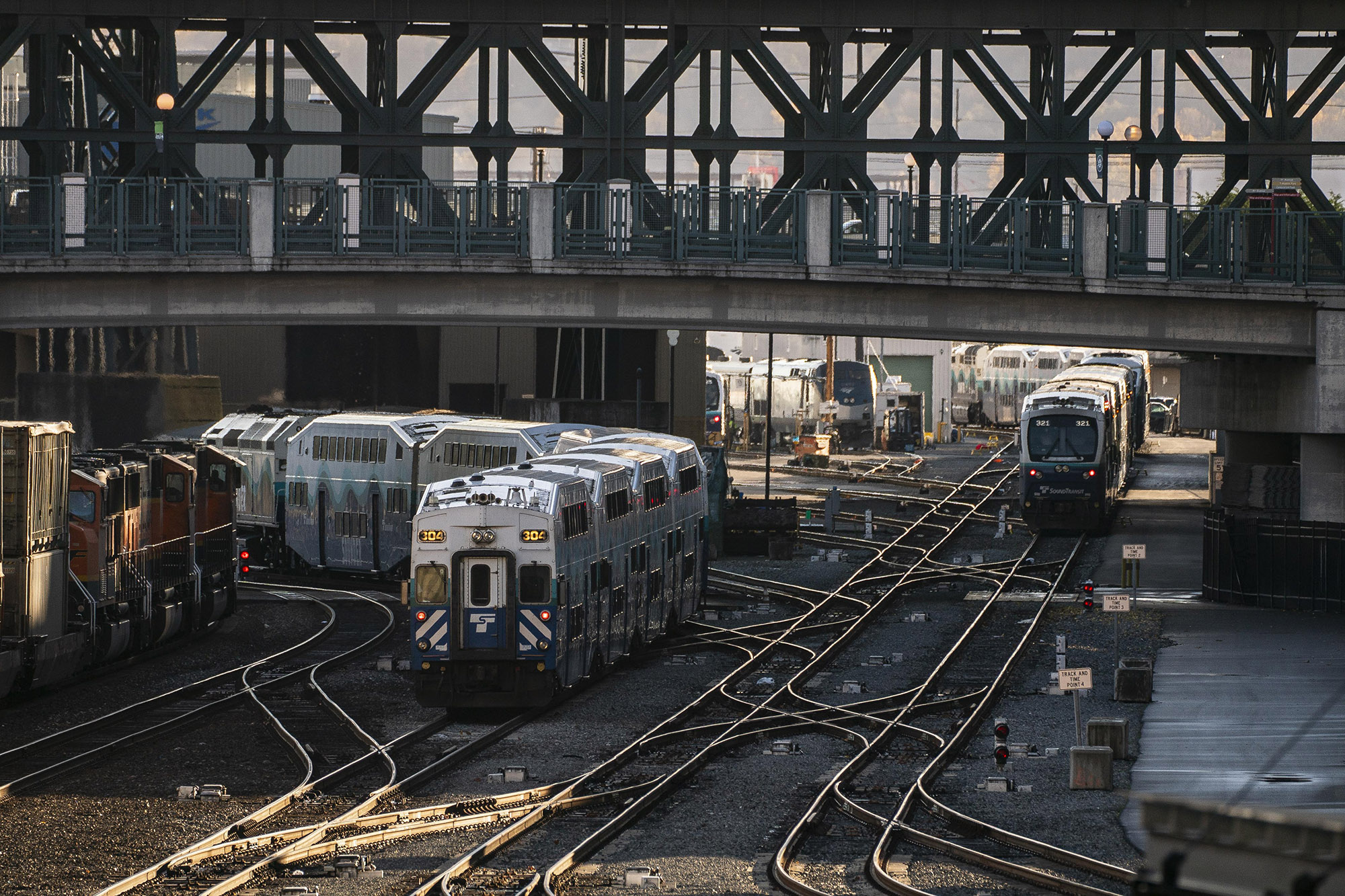 The Washington Legislature has made several attempts over the years to provide rail workers with unpaid sick leave. Sen. Patty Kuderer (D-Bellevue) sponsored legislation to prohibit companies from disciplining workers for taking unpaid sick leave, among other provisions.

“It’s appalling that they’re the only classification of workers that don’t have access to sick leave,” said Kuderer, whose grandfather was a career rail worker. “Workers are being penalized and disciplined when they need to take leave.”

Kuderer plans to reintroduce her bill in 2023.

Rail companies could provide workers with sick days through contract bargaining. But, as the most recent contract fight illustrated, they remain unwilling to do so. Gillum, the union representative, said they’ll continue to fight for sick time, vacation time and bereavement leave in their next round of bargaining. “Quality of life and time are our two goals,” he said.

Congress is the other avenue for approving rail worker sick leave. They have the power to pass legislation like the Healthy Families Act, which would require all companies nationwide with 15 or more employees to provide seven days of paid sick leave each year.

“There are 33 million Americans who don’t have a single day of sick leave they can use for themselves or their families. Not just rail workers,” said Sherry Leiwant, co-president of A Better Balance, a nonprofit that works on state, local and federal sick leave policy. “We really need a requirement in this country for all workers to have access to sick time. You would think that given what we went through with the pandemic, that would be a priority for the nation.”

When President Joe Biden signed the bill averting the rail worker strike, he recognized the unions’ disappointment, and said that as a longtime supporter of paid sick leave, he’d “continue that fight until we succeed.”

Gillum is skeptical: “We’re not going to hold our breath.”