If Jay Inslee collects less than 45% in the primary, a GOP candidate may have a shot at winning the governorship in November’s general. 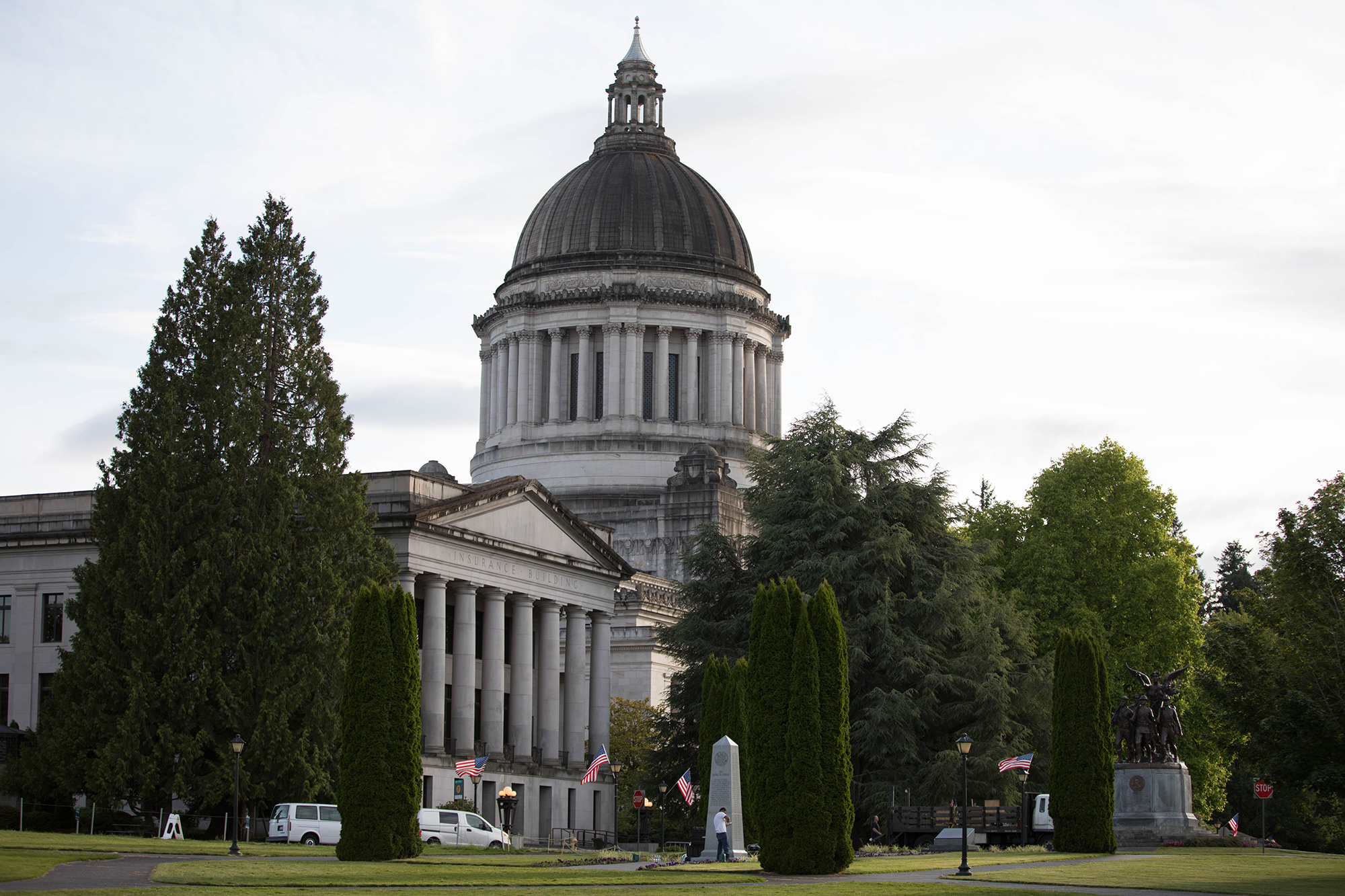 There are 17 Republican challengers on the primary ballot for Washington governor the August 4, 2020. (Matt M. McKnight/Crosscut)

If you’ve ever wanted to be governor, here’s what it the law says it takes: You must be a citizen, at least 18 years old and registered to vote in Washington state. That’s it — and that may explain why there are 36 names on the Aug. 4 primary ballot.

Gov. Jay Inslee will be the top vote-getter, but keep your eye on the proportion of the vote he collects. If a Democratic incumbent governor in a Democratic state with a huge fundraising advantage collects less than 45% of the vote, then he is vulnerable in November. Just how vulnerable depends on the Republican opponent running against him. There are 17 GOP candidates, of which five — three of whom have never run for office before — have at least a hypothetical shot at winning. That means the primary winner may take no more than 12% of the total vote.

The Mainstream Republican:  Dr. Raul Garcia. What perfect timing for an emergency room doctor who is critical of Inslee’s handling of the coronavirus to run for office. Garcia owns a medical clinic in Yakima, which has been one of the hardest hit counties for COVID-19 fatalities. In his 40s, he is good looking and intelligent. The state’s mainstream Republican movement flocked to Garcia because of his pedigree, his Hispanic ancestry and his relatively moderate politics: He is pro-abortion rights, pro same sex marriage and encourages people to mask up in public and does so most of the time himself. But, like many who fled Fidel Castro’s Cuba, he is strongly anti-socialist, and is alarmed at Seattle’s slide from liberalism into what he considers a dangerous left-wing ideology.

His coalition includes Eastern Washington conservatives such as Republican Senate Leader Mark Schoesler, Yakima state Sen. Curtis King and a slew of agricultural businesses headed by the Farm Bureau. He started late, but he’s surging. If he wins, it will happen at the finish line.

The Outside Populist: Tim Eyman. On paper, Eyman should be running away with this. He probably has higher statewide name recognition than any statewide officeholder besides Inslee, Sens. Patty Murray and Maria Cantwell, and maybe even Attorney General Bob Ferguson. And yet polls have shown him stuck in low double figures or less, sometimes running behind Joshua Freed and Loren Culp. Why the falloff? First, some people don’t agree with his over-the-top politics. Others are wary of the ethical issues that have chased him over the years. And even for many who agree with him, Eyman is considered to be most effective changing the status quo from the outside, not the inside.

The Reagan Republican: Joshua Freed. Joshua Freed started early, raised more money that anyone else (in part because he gave his own campaign $700,000), and has campaigned energetically across the state. In a crowded field, he is getting squeezed in Eastern Washington by Culp and Garcia, partly because he looks like what he is: a wealthy Western Washington developer, with a background in suburban politics. He puts his money where his mouth is, vocally opposing Seattle’s heroin injection sites and the state’s new sex education law, and funding the campaigns to strike them down. (The heroin injection initiative was set aside by the courts, but Referendum 90 — to strike down the sex education law — will be on November’s ballot.) After treading water for a few weeks Freed has come on strong lately, with a heavy ad buy promising to be a governor who will restore order in the streets when cities are incapable of doing so, and issuing a plan for schools to begin opening again in September. (Disclosure: I have endorsed Freed for governor.)

The Trump Republican: Loren Culp. If Joshua Freed speaks to the head, then Loren Culp speaks to the heart. Culp was minding his own business as police chief of a tiny police force of two, including the police dog (but he retired), in the tiny Eastern Washington town of Republic. Then, in 2018, the voters passed Initiative 1639 to tighten up gun laws, and raise the age for buying a rifle from 18 to 21. Culp publicly announced he wouldn’t enforce the law in his town. And boom: Suddenly the resister to the resistance became a celebrity, interviewed on Fox News and other national media. Culp, 59, has a military background and talks a lot about the state and federal constitutions, sounding reminiscent of Barry Goldwater back in ’64. But he also talks about out-of-touch elites in politics and government, sounding a lot like Donald Trump in 2016. His rallies sometimes attract over 1,000 people. He has 60,000 friends on Facebook, more than either state political party. He doesn’t know many people in state government, hasn’t received a single endorsement from any legislator and doesn’t appear to know much about the details of state government. His supporters, who want a fresh start in Olympia after 36 years of dominance from Democrats, don’t seem to care.

The Unlucky Populist: Phil Fortunato. Believe it or not, Phil Fortunato is the only elected official running among Republicans. And it’s killing his campaign. The state senator from Enumclaw started early and strong, but once the legislative session began, he was prohibited from raising campaign money. By the time it ended, Eyman had entered the race, outflanking him among the anti-tax crowd, and Culp was catching fire, outflanking him among the gun rights coalition. A shame because he’s run a substantive campaign, complete with a bold platform for conservative policy reform at the state level. Fortunato is a populist who understands how government works — a rarity in politics at any level these days.

According to pollster Stuart Elway, the man to beat is Culp, who told me last Wednesday that he believed the state of Washington would choose Donald Trump in November, and elect him, Culp, governor as well. But President Trump, who collected 38% of the vote four years ago, isn’t going to collect a majority of the vote in the Evergreen State this year, and Culp won’t likely be more popular than the president. But Garcia and Freed are finishing strong, and both could conceivably cobble together a much larger coalition. Is that enough to win? If Jay Inslee’s draws 45% or lower next Tuesday, then yes.