Amid rise in gun sales and violence, Loren Culp fans the flames

A would-be governor who refuses to enforce voter-approved gun safety measures — and compares himself to Rosa Parks for it — is unfit to lead. 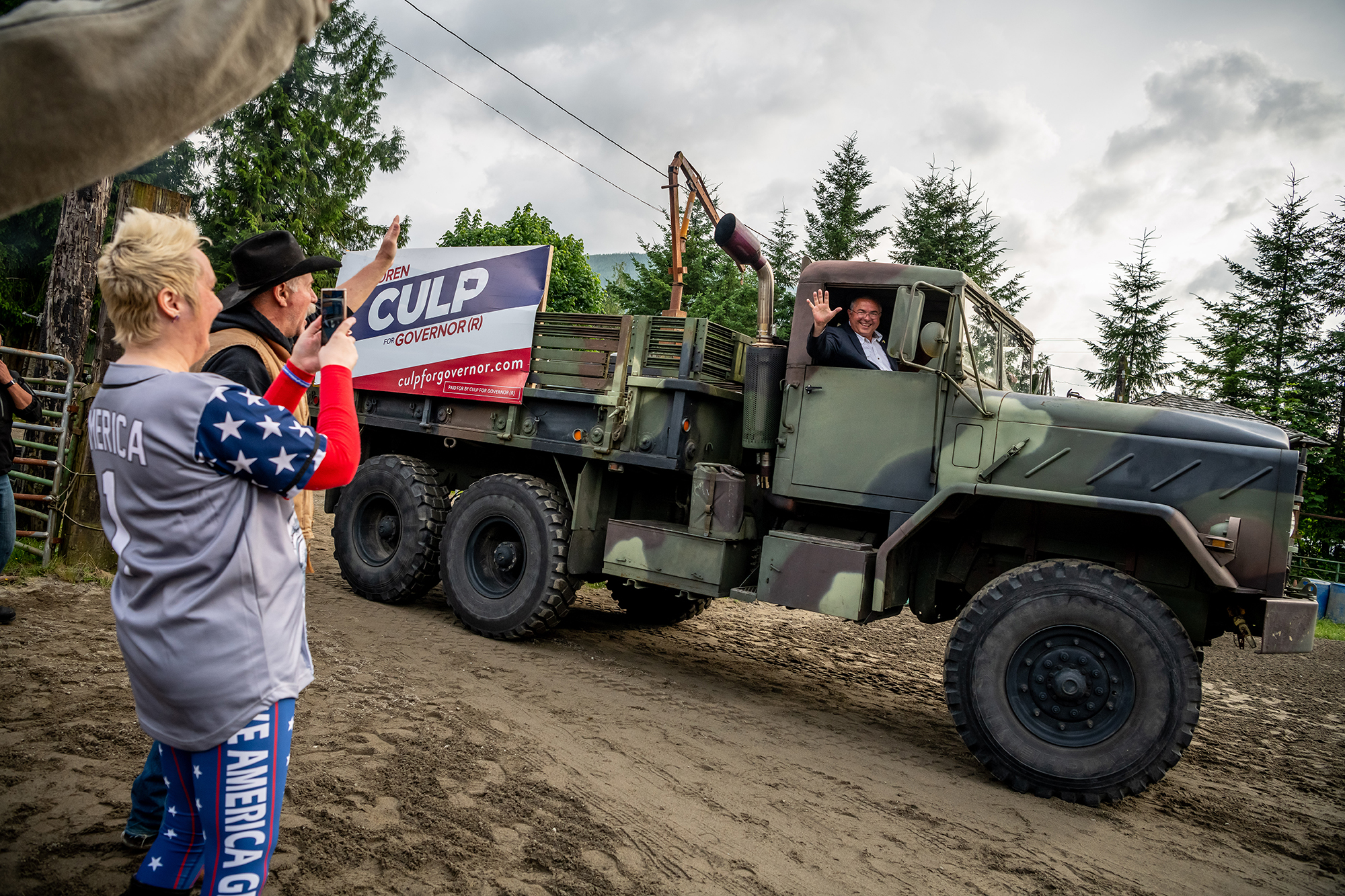 Loren Culp arrives at a rally in Gold Bar, Wash, riding in a privately owned, U.S. military heavy truck, July 3, 2020. A couple hundred people attended the rally in Western Washington, in the foothills of the Cascade Mountains. Culp made headlines in 2019 by refusing to enforce a new state gun law, I-1639, which restricted sales to anyone under 21. (Stuart Isett)

Out of the 36 gubernatorial candidates who appeared on Washington’s Aug. 4 primary ballot, Republic Police Chief Loren Culp emerged from the field of Republican challengers to face incumbent Gov. Jay Inslee.

Culp is best known for his nonsensical opposition to Initiative 1639, a comprehensive gun safety measure strengthening the rules for semiautomatic assault rifles and creating a safe storage incentive. Nearly 60% of voters approved Initiative 1639 in 2018, but Culp, the police chief and only police officer in a town of 1,000 residents, expressed vocal opposition to the measure and vowed not to enforce it.

This opposition was and is nothing more than political grandstanding. Nevertheless, it has won Culp the favor of gun extremists across Washington. And as candidate for governor, he has taken cues from the disgraced National Rifle Association, spewing racially charged rhetoric.

Most recently, Culp compared his refusal to enforce Initiative 1639 to Rosa Parks’ historic civil rights protest. He also compared those in law enforcement who are enforcing gun safety measures to Nazis who “arrested Jews and put them in concentration camps because it was the law.”

These outrageous comments show just how unfit to lead and out of touch with Washington voters Culp is. Year after year, Washingtonians have voted for commonsense, evidence-based gun violence prevention policies and candidates dedicated to taking meaningful action to keep our communities safe.

Effective, smart leadership has never been more important. These past few months have made clear that one public health crisis will not stop for another. Right now, Washingtonians are battling two public health crises at once: the coronavirus pandemic and the gun violence epidemic.

New data released by the King County Prosecuting Attorney’s Office shows that shootings have spiked this year. More people were shot in King County in the first six months of 2020 than during the same period in any of the previous four years.

The new data also underscores the disproportionate toll that gun violence takes on communities of color. In 2020 so far, 73% of shooting victims have been Black, Indigenous or other people of color. The same communities hit hardest by gun violence are also bearing the brunt of the coronavirus pandemic.

This increase in gun violence comes as gun sales have skyrocketed in our region. In March, as the first stay-at-home orders upended daily life, gun sales surged across the country and in our own state. The Brookings Institution estimates that, in March alone, 700,000 more guns were sold than normal.

Troublingly, the surge in gun sales has continued in Western Washington, according to newly reported data. Seattle processed 9,436 background checks for gun sales in the first seven months of 2020. That is 55% higher than the city’s average for a whole year. The numbers are even more alarming outside of Seattle: Redmond saw a 268% increase in the number of background checks processed in June, compared with June 2019. Kirkland saw a 145% increase, while Kent saw a 119% increase.

Research shows that the presence of a gun makes a home less safe, not more. This surge in gun sales has come at the same time that the risks of gun violence — especially domestic violence, suicide, unintentional shootings and interpersonal violence — are heightened because of the coronavirus pandemic. The consequences could be devastating.

COVID-19 has laid bare the structural inequities and risk factors that negatively impact the health and safety of too many of our communities. It has also created new obstacles, including significant budget shortfalls that will require that our elected officials make difficult decisions.

But as we look to the future, we must not forfeit the significant progress we have made on gun violence prevention. Ensuring existing gun laws are effectively implemented and sustaining funding for community-based violence intervention and prevention efforts are as urgent as ever.

More than ever, we need elected officials who understand the challenges ahead and who will prioritize building a safer and more just future for all Washingtonians. Lives depend on it. 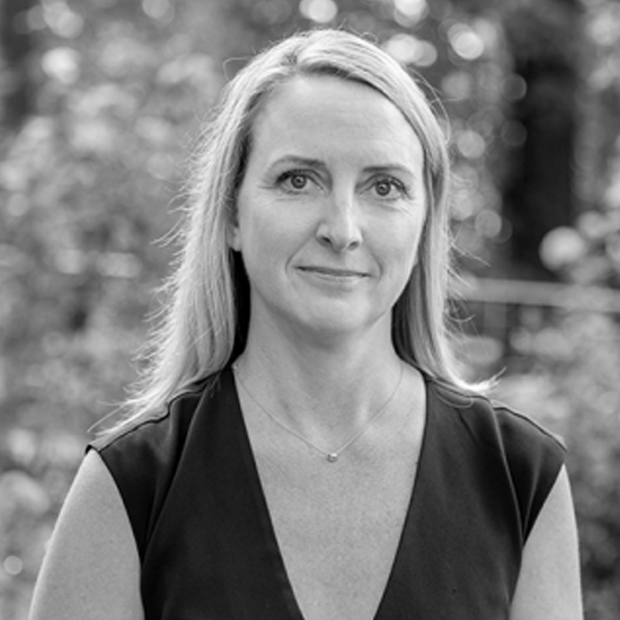 Renée Hopkins is CEO of the Alliance for Gun Responsibility.