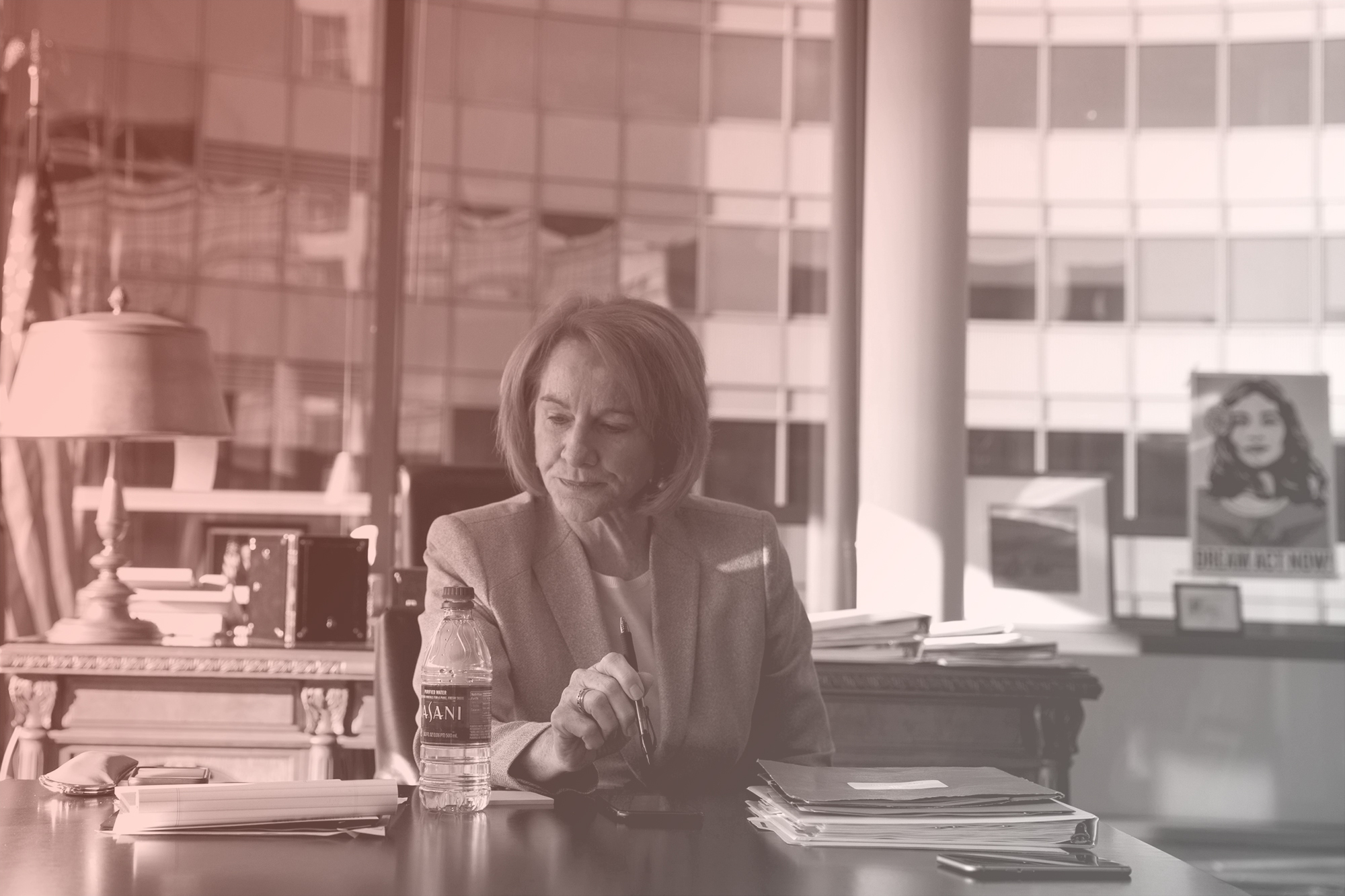 At the stroke of midnight Friday, July 31, two things happened. August rent fell due for some 175,000 Seattle households, nearly 1 in 5 of which likely couldn’t pay in July. And our mayor, Jenny Durkan, picked up her pen and vetoed the “JumpStart” COVID relief bill, including $36 million in emergency funds to help her struggling constituents stay housed or at least safely sheltered.

It was an unexpected move, especially after she chose not to veto the companion JumpStart tax ordinance. The relief bill, approved by the city council July 20, authorizes spending, but the council can’t actually force the mayor to follow through, so a veto seems a little gratuitous. It also passed unanimously, so she must expect to be overridden. This veto, then, was designed to make a statement: Mayor Durkan neither wants nor intends to spend $86 million from the city’s rainy day and emergency funds, as directed by the council.

It’s a strange moment to send such a message. The $600 unemployment boost from the CARES Act just expired, with no replacement. For many small businesses lucky enough to get a loan through the Paycheck Protection Program, those funds are running out. And September is looming, as thousands of parents contemplate unworkable or at least miserable scenarios juggling remote schooling, childcare and their own employment.

To veto relief for renters, families and small businesses at such a time seems a little, I don’t know, out of touch? Almost like a decision you might make if you lived in a $7.5 million, 5,000-square-foot mansion with “an 800-plus square foot garage and a hot tub with a cabana.”

The mayor’s veto might be weird politics, but it’s also downright bad economics.

Durkan calls the council “irresponsible.” Playing the grown-up is a tried-and-true tactic, but such finger-wagging about spending in a recession is a big red flag. History shows that great economic harm can be done under the guise of fiscal responsibility. As recently retired former Rep. Ruth Kagi pointed out in The Seattle Times last month, budget cuts in the wake of the Great Recession “prolonged the recession and delayed Washington’s recovery.” The lesson? When households are forced to tighten their belts, government should be doing precisely the opposite, because “increasing investments in services and infrastructure and providing direct relief for workers, families and small businesses injects money and demand back into the economy.”

That’s exactly what JumpStart does. (Disclosure: Though my work with the Transit Riders Union, I was involved in advocacy related to this legislation and the accompanying tax ordinance.) It pairs longer-term investments in affordable housing and green jobs with immediate infusions of aid to small businesses, struggling renters and homeowners, families experiencing food insecurity, and immigrant and refugee communities. And it funds these investments through new progressive taxation — a recession-fighting strategy strongly supported by a study just out from the Roosevelt Institute.

Durkan says the city shouldn’t spend down its rainy day and emergency funds now, because we’re going to need that money next year and perhaps beyond. (The council’s relief bill would use all $67 million in the Emergency Fund and $19 million from the Rainy Day Fund. Durkan has proposed spending another $29 million to help fill the 2020 budget hole, leaving $13 million in the Rainy Day Fund. Some Councilmembers have proposed using this remainder to fund community-led public safety programs.)

There might be some sense to this argument, if the city had no way to replenish those funds, but that’s exactly why we’re taxing the tech companies that are profiting despite and, frankly, because of the pandemic. (And they keep coming to Seattle!) Revenue from JumpStart won’t start rolling in until February 2022, as the city must prepare to administer the tax, but accrual starts in January 2021 — so in accounting terms, the city will be able to replenish the rainy day and emergency funds next year and dip into them again as needed. Today is nothing if not a rainy day, comprising three official emergencies. We can put those funds to good use now and replace them swiftly.

This “let’s wait and see because things could get worse” approach is dead wrong for another reason: It’s a self-fulfilling prophecy. Keeping people and small businesses afloat now will cost much less money — and cause much less suffering — than letting them sink into oblivion and trying to pull them back up months or years down the road. It’s not hard to understand why.

Imagine you own a small business. You have a physical location, employees and relationships with suppliers and customers. You’re also a human being with a family, making a living from your business, paying your own rent and taxes, and spending money at other local businesses. What happens when your business goes under? Your workers are laid off, your suppliers lose a customer, and there’s another boarded up storefront in Seattle. Your family’s spending plummets, and you pay less in taxes, exacerbating revenue shortfalls and making it harder for government to sustain vital services. In other words, the failure of your business is magnified as it ripples out through the economy.

Or imagine you’re a single parent. You’re desperately trying to hold on to your essential job without catching COVID, while feeding and caring for your kids and paying your rent. What if it all falls apart? You get fired after arriving late to work one too many times. Technically the eviction moratorium protects you, but you’re terrified of racking up many thousands in debt, so you “self-evict” and cram yourself and family in with a relative who’s also struggling but welcomes you reluctantly. You stop spending money except on absolute necessities. Your kids are under immense stress and develop behavioral problems that could stay with them for years. You fall into depression and it’s hard to even think clearly about what to do next. Your relative can’t let you stay forever, and you worry about becoming homeless.

Conversely, providing aid now has positive ripple effects that will help the whole economy stay afloat. Small businesses that receive grants can keep paying their workers, who can then pay their rent and spend their disposable income, which helps still other businesses. People who receive rental assistance or grocery vouchers have a better chance of holding it together and caring for their children. Seattle has ample experience of how hard and how expensive it can be to help people climb out of homelessness. Let’s not push thousands more over the edge. As the saying goes, an ounce of prevention is worth a pound of cure.

The time for help is now. As managing attorney at the Housing Justice Project, Edmund Witter has a front-row seat watching the COVID economic crisis unfold. During a two-day period in April, a King County rental assistance program received over 6,800 applications. Fewer than half of those tenants, Witter told me, received help before the money ran out.

He went on, “There hasn't been much in rental assistance available for tenants since then, and it's becoming more critical now since the latest U.S. Census surveys show that over 250,000 Washington households are behind in rent with roughly 42% of Black households and 24% of Latinx households behind on rent in Washington, compared with 8% of white households."

Small business owners have front-row seats of a different kind. To Gay Gilmore, co-owner of Optimism Brewing Company, the “mayor’s veto seems completely out of touch with the struggles our employees and our business community are going through. She vetoed food, rental assistance, immigrant support, child care, and [left] the city to wait for Mitch McConnell’s help?!”

Durkan’s other argument — that the possibility of a legal challenge to the tax makes spending now risky — is another red herring. The only specific argument raised so far is that Amazon may feel singled out by the higher rate for businesses with Seattle payroll over $1 billion. But, even if Amazon does turn out to be the only corporation that huge, it’s well established in state law that you can create a class of taxpayers that consists of one, as long as that class is objectively defined. How else do you think the Legislature created a special Boeing tax loophole for so many decades? I worked on Seattle’s income tax bill in 2017; believe me, the city’s lawyers don’t encourage council members to go out on legal limbs. There have been plenty of lawyerly eyes on this tax, which is modeled after one the state Legislature almost passed earlier this year.

Of course, even without a real argument someone could sue the city. It happens all the time. But that doesn’t stop the tax from being collected, unless a judge grants an injunction. Injunctions are not easy to get and may be prohibited for a tax like this. The bottom line? If the city is sued, it can still collect the tax, and the challenge is highly unlikely to succeed.

In a news release announcing the veto, Durkan continues to claim that our city council wants to spend money “without concrete plans.” In fact, the council painstakingly crafted a detailed plan that addresses the most urgent needs of our city. Over a period of months, Councilmember Teresa Mosqueda’s office in particular engaged intensively with hundreds of businesses, service providers, community-based organizations, policy experts and Seattle residents from all walks of life. If the COVID relief bill that emerged from that process isn’t a “concrete plan,” I don’t know what is. And Durkan just vetoed that plan. That’s what I call irresponsible.