For many tenants here and across the country, back rent is piling up, and the problem will likely get worse. 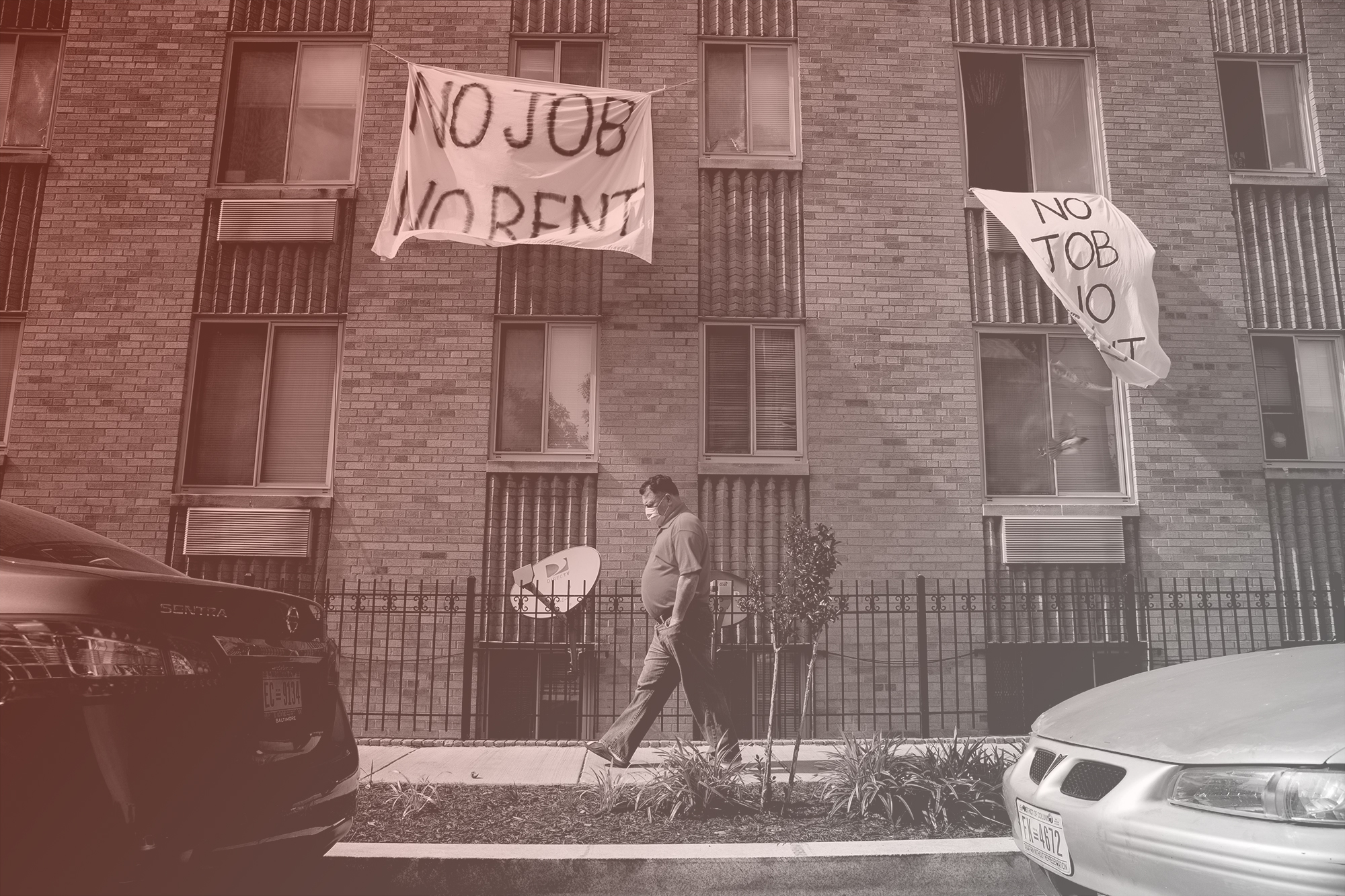 The pandemic has shut housing courts and prompted authorities around the U.S. to initiate policies protecting renters from eviction. In Seattle, an eviction moratorium bought tenants time, but rental debt is piling up. (Andrew Harnik/AP)

In mid-August, a large Washington state landlord emailed government officials some eye-popping numbers. Nearly 1,600 — over 20% — of its 7,500-odd tenants were delinquent on rent, many for multiple months. Their total outstanding rent amounted to almost $3 million.

The COVID-19 recession has clearly left many families in our state and around the country unable to pay rent. Researchers have conjured up a wide range of estimates of how many people could be at risk of eviction: 20 million, 30 million, even 40 million — about 40% of U.S. renter households. More eye-popping numbers.

But how serious a problem is rental debt, really? How adequate are the measures that governments have taken so far to address it? And what more can be done?

This is the first in a two part series on evictions. Read the second part here.

A dearth of comprehensive data makes the first question very hard to answer. However, there are hopeful signs that tenants may be keeping up with payments better than many feared at the start of the pandemic. In a U.S. Census survey conducted in late August, about 15% of renter households reported being behind on rent. And in a National Multifamily Housing Council survey of professionally managed market-rate rental properties, 86.2% of apartment households reportedly made a full or partial rent payment by Sept. 13 — only 2.4% fewer than in the same month last year.

So far, so good. But there are several reasons to be cautious about taking statistics like these at face value to conclude that tenants are mostly doing fine.

First of all, in the early months of the pandemic, many tenants had a life raft. Together, one-time stimulus checks and $600 a week “enhanced” unemployment benefits pumped over half a trillion dollars to American households. No doubt a good chunk of that funneled straight into landlords’ pockets. The Trump-ordered $300 a week extension has now ended (though payments to Washington state residents are just starting), and hopes for a new federal relief package before the election are dim. The life raft has been yanked.

Second, there’s mounting evidence that many people have resorted to covering rent payments in unsustainable ways: depleting meager savings, leaning on family and friends, and, above all, consumer debt. In other words, people are voluntarily straining or unraveling their own personal safety nets to avoid going into debt to the landlord. That can’t last forever. There’s  also the unknown number of people who are not behind on rent because they simply moved out — effectively self-evicted — when they could no longer pay.

Third, the relatively heartening average figures obscure a lot of lumpiness: Some populations are struggling far more than others. As you might expect, higher-income renters — the folks who tend to live in professionally managed market-rate properties, say — are faring much better than lower-income renters, who often live in smaller properties owned by individual landlords. In contrast to the National Multifamily Housing Council survey, an August survey by Avail focusing on single-family and small multifamily properties found that over 30% of tenants weren’t able pay their full rent that month. That also means that smaller landlords are disproportionately feeling the squeeze of unpaid rent.

All of this suggests that the problem of rental debt is already serious, and probably about to get much worse. For the time being, of course, many renters are protected from the normal consequence of nonpayment — eviction — by emergency moratoriums. Seattle may be one of the safest cities in the country to be a renter right now, because here we’re triply protected by federal, state and city orders.

The federal measure now in effect was issued Sept. 1 by the Centers for Disease Control and Prevention and lasts through the end of the year, halting residential evictions “to prevent the further spread of COVID-19.” To be protected, tenants must submit a declaration to their landlord, stating that they cannot pay because of the pandemic and have no other housing options. In the aggregate, the order seems to be reducing eviction filings in many cities. Still, tenants who don’t know their rights or fail to jump through the requisite hoops may still be evicted, and this is also happening.

Tenants in Washington state are protected from this fate by our state moratorium, which currently runs through Oct. 15. The moratorium also prohibits landlords from raising residential rents — an emergency override of our state law banning rent control.

Seattle has gone further. Last month, Mayor Jenny Durkan extended a city eviction moratorium through the end of this year. Back in May, the city council passed additional measures proposed by Councilmember Lorena González. One bill creates a six-month period in which tenants who submit a declaration of financial hardship to the court can use rent nonpayment as a defense in eviction proceedings; effectively, this extends protection for six months beyond when the city moratorium expires. Another bill, effective until six months after the health emergency ends, mandates payment plans for overdue rent. Even with all these protections, of course, some evictions are still happening; landlords can still evict on the grounds that the landlord wishes to sell or occupy the unit, or for lease violations other than nonpayment.

The landlord lobby is not pleased about this nested mess of restrictions and rules. The CDC eviction ban is the subject of at least one lawsuit. Early this month, a group of Seattle landlords sued Gov. Jay Inslee and Mayor Durkan, questioning the constitutionality of their eviction moratoriums; a second suit against Seattle, by the Rental Housing Association of Washington, was filed last week. Edmund Witter, managing attorney at the Housing Justice Project, doubts these efforts will succeed. Around the country, he says, there have been at least 13 lawsuits challenging eviction moratoriums during the pandemic. In all 13 cases, courts have so far “upheld the moratorium as a valid exercise of the government's powers.” Witter thinks the Washington lawsuit is more likely a political play to weaken the state moratorium when it comes up for renewal next month: “They know they’re probably not going to win, so instead they’re trying to make the governor shaky, more likely to modify or weaken [the moratorium].”

Even if all the legal challenges and political plays fail, eventually the moratoriums and related protections will end. Tenants will owe back rent, in some cases amounting to many thousands of dollars. What happens then? Next week I’ll take a look at rental assistance programs and other possible solutions to the looming rental debt crisis.