Grieving wildfires past and present in the Pacific Northwest

We have faced massive fires — and massive human folly — before. President Trump's denial only worsens the crisis. 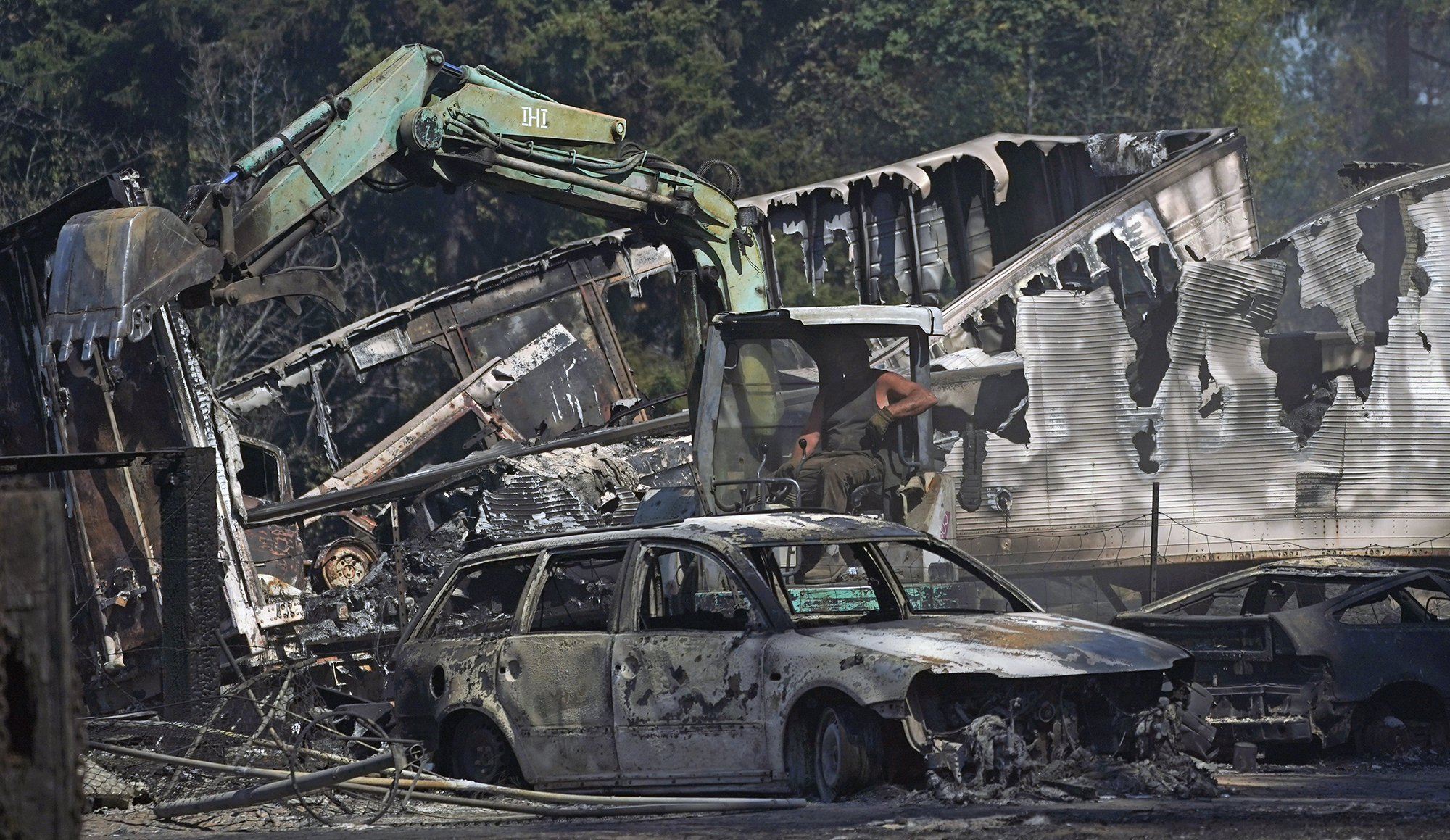 “The gods must have wept,” wrote the Northwest historian and columnist, Stewart Holbrook, after a terrible wildfire in the 1930s.

After witnessing the destruction, death and displacement from the West Coast fires of recent weeks, I know how the gods must have felt. Inhaling the pall of smoke that settled over the region hasn’t been fun either, as it has congested lungs and parched throats, adding to the already oppressive atmosphere imposed on us by the coronavirus pandemic.

Holbrook imagined the gods weeping He was writing about a catastrophic fire that could have been avoided. It was a conflagration that swept through western Oregon’s Coast Range in 1933, the so-called Tillamook Burn. Over 300,000 acres went up in flames, 270,000 of those in a 24-hour period when the winds blew like a bellows. Almost all of it was pristine, old- growth Doug fir.

The cause of the fire was traced to a single logging operation, which authorities said needed to be shut down because of the fire risk. Hauling a downed tree caused a spark that ignited the blaze. In timber terms, the losses were enormous, an estimated 12.5 billion board feet — enough to supply every mill in the U.S. at the time for at least a year, according to Holbrook.

So, the grief of the tragedy was caused not only by the loss of an ecosystem and valuable timber, but by selfish human folly.

The secret of big fires west of the Cascades is that they generally need long dry spells, an east wind to whip them, but also, crucially and obviously, ignition points. These conditions were met in recent days.

In the 19th century, ignition points proliferated: settler campfires, slash burns, steam engines spouting sparks, railroad wheels grinding against metal rails. Ignition points were and are largely driven by humans, whether by accident, foolishness or plain malevolence. The fires are us. So is stopping them.

It wasn’t until the 20th century that we acquired better firefighting and fire suppression capabilities — from fire crews and smokejumpers to helicopters and satellite positioning. Forest safety became a priority, if not for its own environmental sake but to preserve a valuable forest commodity. New practices reduced fire risk, too. Smokey Bear and suppression efforts worked, for a time, though in some cases added fuel and protected forests that might have burned naturally and beneficially in the long term. Controlled burns are being used as a limited tool for mitigating fires and boosting forest health.

The larger issue now is limiting damaging fires when we know that human actions can cause them and make them worse. It’s more than a kid throwing fireworks into the woods, as happened in the Columbia River Gorge a few years back, or faulty powerlines sparking a wildfire. While we can control our campfires and stupidity to some degree, we have bigger challenges to confront.

Democratic presidential candidate Joe Biden called President Donald Trump a “climate arsonist” on their recent respective visits to the scorched West. Trump, true to brand, dismissed global warming, saying it’ll stop on its own, presumably just as he predicted COVID-19 would. “It’ll start getting cooler,” Trump said. “You just — you just watch.” Well, that could happen, I suppose, but geologic time is not likely part of Trump's mindset. Nor does it meet the need of humans in a moment of crisis.

The idea that we have to stand helpless, without the ability to act in our own self-interest and simply take losses until a problem magically disappears, is both deeply irresponsible and certainly un-American if you believe in the can-do spirit of this country. But such an idea is in the spirit of the apocryphal story of Nero, who let Rome burn. It is the spirit of congratulating oneself that COVID-19 has killed only 200,000 Americans.

It does amount to a kind of arson when experts and those charged with fighting wildfires warn us that the changing climate is exacerbating conditions that feed or set the stage for bigger and more frequent ones: lower snowpack and river flow, longer dry spells, the climate-caused migrations of pests that kill trees and create more dead or damaged wood, which in turn creates wildfire kindling.

In the coastal Northwest, devastating fires have occurred before. Around 1700, massive fires immolated millions of acres of forest land in Western Washington — much of the state's old growth dates from this period. Wildfire smoke was common during 19th century summers; Puget Sound settlers and city-dwellers alike complained of choking air and blotted skies. Indigenous peoples also intentionally burned limited areas seasonally to improve hunting and gathering.

We went through foreboding dry spells, too. During the summer of 1889, the core of three of Washington’s major cities burned to the ground. The fires took advantage of unusually dry weather and winds fueled the flames, leveling Seattle, Ellensburg and Spokane. (Spokane burned in early August of that year, the same time that wildfire smoke from other regional fires hung over the city.)

The experts tell us that climate change models have predicted worsening fire dangers. If we ignore them, we are putting our region, economy and quality of life at great risk. If the leader of the free world acts as if a danger doesn’t exist — and promotes policies and behavior that make warming worse or mitigating its harms more difficult — it is fair that we consider it a destructive act, not simply obstruction. That attitude and our lands make for a combustible mix.

Fires won’t go away. But we can change human behavior. That’s our best tool in preventing them. We need to do more to turn the region into a less habitable place for massive conflagrations that threaten lives and property. These things are always complicated, but we can’t let that scare us off.

Otherwise, we’ll be giving the gods a lot more to weep about. Their tears and ours, however, won’t put out the flames.