Despite meager pay and occasional abuse, many incarcerated people find pride in the job. When I was young and adrift, I did too. 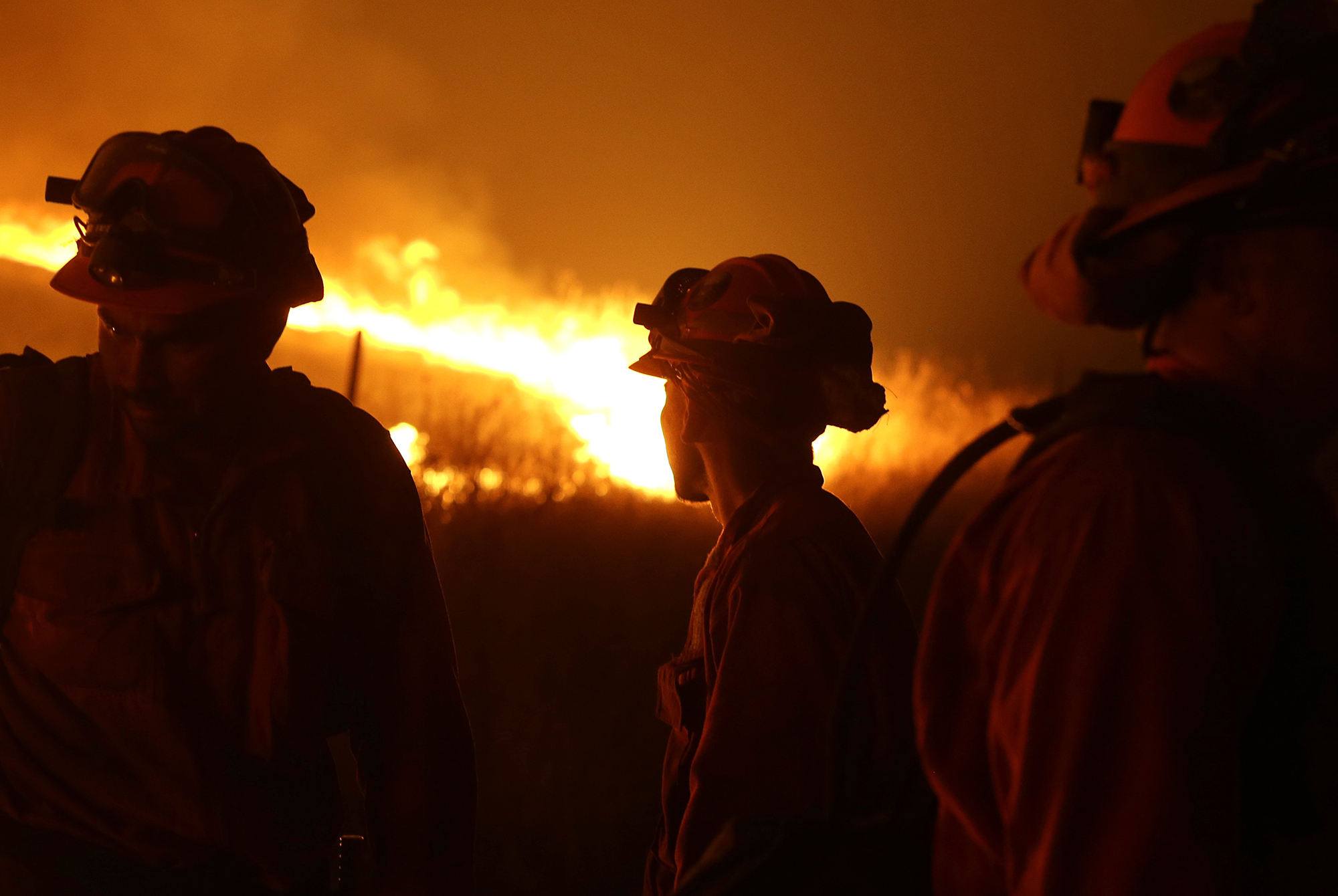 Federal and state prisoners have been deployed to fight wildfires for decades. In Washington, over 300 inmates work on 33 fire crews during fire season and about 200 individuals throughout the off-season. (Rich Pedroncelli/AP)

Imagine inhaling dust kicked up by the tool you’re swinging into the ground and spitting out a wad of dirt. You’re digging a fire line; a wildfire is burning within feet of you, so hot you can almost feel your skin sizzling. You adjust your fire resistant shroud and cough as you inhale a stray cloud of smoke. Imagine doing this for 16 hours a day. Now, imagine that when you’re done, you’ll go back to prison and, when you’re released, you may never be able to work as a firefighter again.

Incarcerated labor has been a part of wildland fire for decades, yet only recently has controversy surfaced around its implementation. Washington state’s program for currently incarcerated people employs over 300 inmates on 33 fire crews during fire season and about 200 individuals throughout the off-season. Currently, Western states are in dire need of resources as they battle the worst fire season on the West Coast we have ever witnessed.

Here in Washington, we can’t get by without the extra help — something illuminated by this year’s catastrophic fires, which have already burned over 600,000 acres and destroyed homes and property. But what would it look like to envision these programs differently? Already we’re working toward defunding the police and a local youth detention center is closing down, as encouraged by the public’s demands. It’s time we reimagine the use of inmate fire crews, too.

The United States incarcerates more citizens than other developed nations, and it’s long been argued that the prison industrial complex is toxic to the rehabilitation of incarcerated individuals. How can we meet our need for firefighters and also help rehabilitate those who have committed crimes?

Using federal and state prisoners as wildland firefighters has recently been called slave labor. Incarcerated people are especially vulnerable, both to abuse (by guards and officers) and to injury (from the hazards of wildfire). Wildland firefighting is an inherently dangerous job. Prisoners don’t get the extra “hazard pay” that regular wildland firefighters do. Still, for some prisoners, the job is a point of pride.

I can relate. When I started fighting forest fires at 19, I had issues with substance abuse, had been homeless and had already been arrested more than once. The job gave my life a supportive structure. Expectations were clear. I developed a good work ethic, which infused me with a new sense of self-worth.

For prisoners, that pride is often diluted by lack of pay (in Washington, the average hourly wage for imprisoned firefighters is 62 cents an hour), constant supervision and mistrust by guards, and separation from other nonincarcerated firefighters. Although in many cases inmate firefighters are doing the exact same job of elite hotshot crews, they’re treated poorly in comparison, and most of their wages are deducted to pay for their prison time, legal financial obligations and other expenses.

I saw inmate firefighters throughout my career as a firefighter and hotshot. They stood out in their bright orange suits, and I was always curious about their experiences. Then, when I took a job on a hotshot crew in Southern California, I worked with two men from the California Department of Corrections crews. The men were both in their 30s, both hard workers. They had done their time. They were lucky enough to find a job on a crew open-minded enough to hire them. Many formerly imprisoned firefighters struggle to find employment after their release, and are barred from working as city firefighters because of their criminal charges. California is making headway on this: Gov. Gavin Newsom recently signed legislation allowing the records of certain inmates to be expunged so they can pursue firefighting jobs.

Most city, state and federal fire agencies operate on tight budgets, and are underfunded, often because community members aren’t cognizant of the importance of local departments. Many citizens also don’t understand the need for year-round fire programs that include prescribed burning throughout the off-season, as well as other fire mitigation practices that don’t include the logging industry.

Federal agencies are locked in a negative feedback loop that involves throwing money at out-of-control wildfires, which sucks resources away from important winter staffing and off-season burning, but that’s a longer story for another time. When they do find a window for a prescription burn, they’re hindered by smoke complaints and clean air laws. Unable to burn, we meet fire seasons with a backlog. Without regular burning, many unhealthy trees remain standing, and light brush, which has a shorter life cycle, dies and turns into flammable material. That’s why, in Washington, California and other states, inmate crews have become absolutely vital to the firefighting forces we rely on during the summer. At their current budgets, both state and federal agencies can’t afford to hire more people at cost, either to help in the winter or fight fires in the summer.

One solution to this quandary is to provide more wildland fire programs for at-risk youth. This doesn’t mean putting minors on the fire line, but instead training them for employment in the woods. They could learn about ecology and the benefits of prescribed burning, working in partnership with local nonprofits and Indigenous communities who need extra help. This training doesn’t necessarily have to be part of a rehabilitation program, but a kind of community service for younger people who need some guidance and direction, as I did. In tandem with Washington’s Running Start program, which allows 11th and 12th graders to enroll in college classes, this could provide transformative opportunities for young people.

Educating the public on the importance of year-round fires is also vital to making sure prisoners are no longer exploited in this way. As long as we lack the resources to have a long-term and healthy relationship with fire, we’ll have fire seasons that require cheap, exploitative labor. Prescribed burning is essential to the health of our public lands in Washington state and throughout the West (as well as the South and Southeast).

For those who have already passed the age of 18, we should consider a restructuring of our prison system in Washington. We should implement Programs for nonviolent offenders that involve rehabilitation on and off the fire line and in the field, as well as a living wage and drastically reduced prison time, or no prison at all. There are ethical solutions here that are beneficial to everyone involved, including both our ecological environment and the incarcerated individuals who have been tending it for so long, nearly for free. 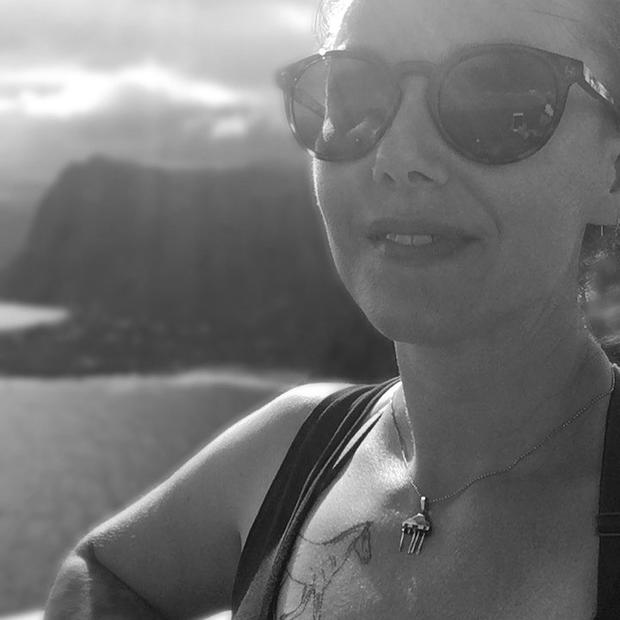 Stacy Selby worked as a hotshot and firefighter for seven years throughout the west and is writing a book called HOTSHOT. They currently live in Seattle.