Seattle could pave the way to a national UBI

A local cash payment program, with no strings attached, could demonstrate the idea's worth for the rest of the country. 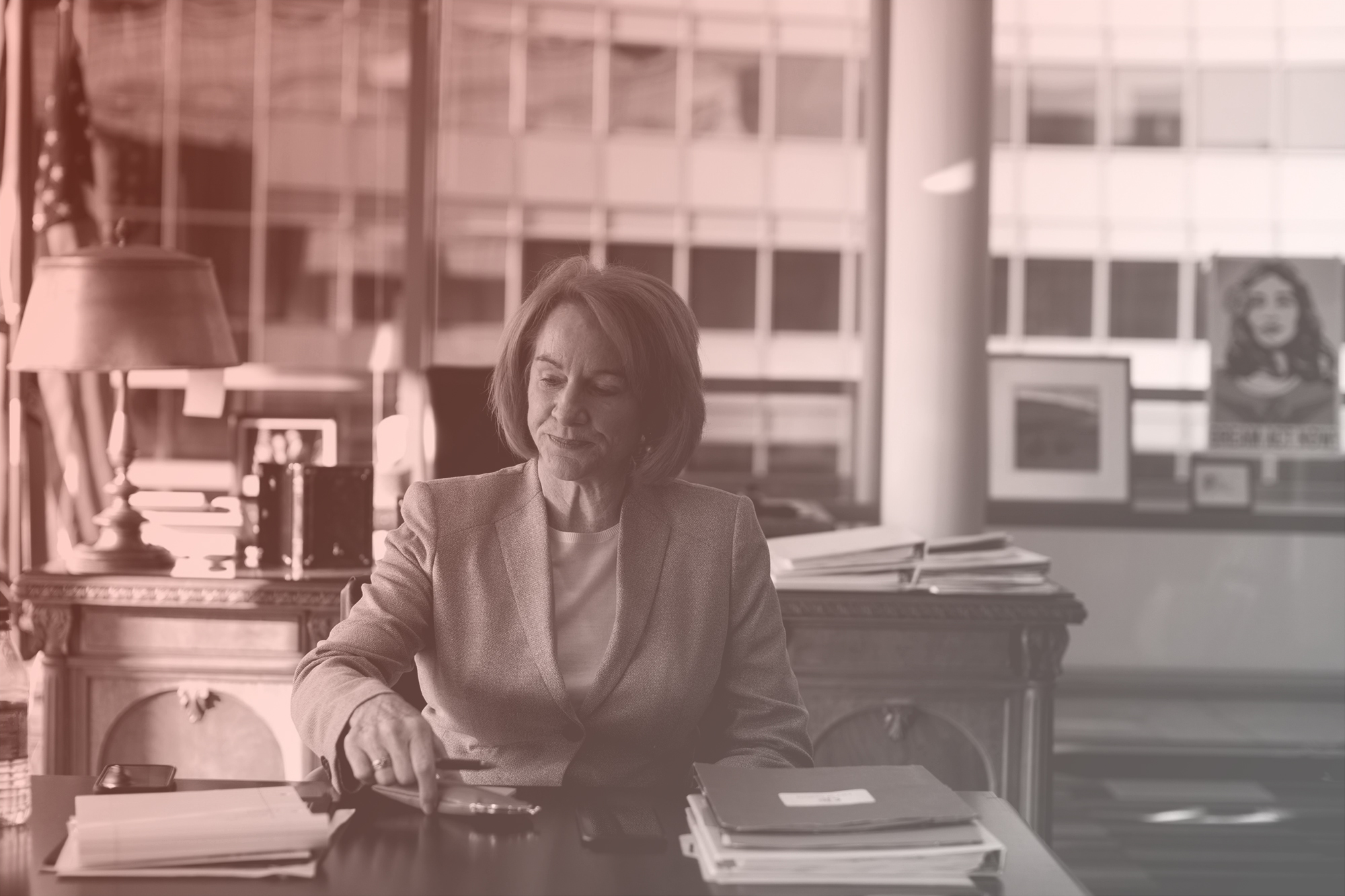 In an email statement, a Mayor’s Office spokesperson said that Mayor Durkan “firmly believes that a national universal basic income is the right tool to fight poverty and rebuild the middle class.” (Matt M. McKnight)

Monthly cash, no strings attached: It could be coming to a city or state near you.

In two columns, I’ve explored the history and politics behind the idea of a guaranteed income. But could it happen here? Let’s take a look, starting with the Washington state Legislature.

In January of this year, state Sen. Joe Nguyen, D-West Seattle, introduced legislation for a pilot that would grant 500 adults $500 a month for 18 months. Nguyen sees a guaranteed income as creating a foundation of economic stability, giving low-income people a little more clout — or freedom — in the labor market. “You shouldn’t have to take any job at any wage, any conditions of work,” he says. “The overarching theme for me is that income inequality is driving a lot of the social unrest that we’re seeing. The pandemic has only exacerbated that.”

This is the third column in a three-part series on guaranteed income. Read part I and part II.

Nguyen’s proposal didn’t immediately take Olympia by storm: “When I dropped that bill, people laughed it off.” But, he says, it did force a conversation about the importance of filling basic needs. Legislators didn’t fund the pilot, but they did restore $17 million to another program that provides cash support, Temporary Assistance for Needy Families, which was eviscerated after the Great Recession. Nguyen knows the impact of TANF firsthand, as his family received $500 a month through the program for several years when he was a child. Now, he and his highly successful siblings pay far more than that back to the state in taxes — a helping hand meets fiscal good sense.

That’s the kind of story that could bring Republicans and centrist Democrats over to the cause of a guaranteed income. Nguyen plans to bring the bill back next session and hopes it will make it out of committee; still, he acknowledges the challenges of wrestling a visionary idea like this across the finish line in Olympia, especially as legislators stare down the mammoth budget shortfalls and manifold urgent needs of a pandemic recession. If nothing else, continuing the conversation may again help to propel other victories — for example, a Recovery Rebate and the Washington Working Families Tax Credit I discussed last month.

What about Seattle? As I noted at the beginning of this series, Mayor Jenny Durkan recently, and rather quietly, joined a new group called Mayors for a Guaranteed Income. The initiative was launched in June by Mayor Michael Tubbs of Stockton, California, with help from the Economic Security Project. Natalie Foster, who co-chairs ESP, is more bullish than I was last week about the prospects for a national guaranteed income in the near future. She notes how quickly the pandemic and recession launched the concept from the realm of ideas — “something that we might see in our lifetime if we’re lucky” — to actual policy, like the bills floated in Congress this spring. With an urgent need to shore up the economy, there’s nothing quicker or more direct than monthly checks and, once in place, a popular and successful program could endure.

“Historically a lot of things we’ve come to rely on in American life have been created in moments of crisis,” Foster says.

Efforts in Seattle and other cities could supplement a national program, if we get one, as well as build support for the concept and demonstrate its worth. In an email statement, a Mayor’s Office spokesperson told me that Durkan “firmly believes that a national universal basic income is the right tool to fight poverty and rebuild the middle class.” But, said the spokesperson, local action is also on the table. Specifically, the Mayor’s Office is considering a guaranteed income for low-income Seattleites as one possible use of funds from a new city income tax.

This statement echoes a letter Durkan sent to the Seattle City Council in July along with the unsigned “Jumpstart Seattle” big business tax legislation, conveying her disapproval but stopping short of a veto. In it, the mayor says she believes “it is now time to pass and implement a city income tax,” with an ambitious to-do list for the revenue: rolling back regressive taxes, protecting current city programs, new investments in the Black community, housing and homelessness, and “a universal basic income for our lower-earning residents.”

Let’s put aside the fact that a basic income only for “our lower-earning residents” is not, by definition, universal. This is quite a major policy pronouncement to sneak into a letter whose main purpose is to criticize a different major policy just passed into law!

Although the Washington Court of Appeals struck down a city income tax passed in 2017, that decision also opened the way for Seattle to implement a flat income tax at a maximum rate of 1%. According to an estimate by John Burbank of the Economic Opportunity Institute, this could raise $434 million a year. To give a ballpark idea of how far this money could go if used entirely to fund a guaranteed income program: In Seattle there are about 90,000 tax filers with income under $25,000. Each could thus receive $4,800 annually, or $400 per month. If that amount tapered gradually with rising income, the benefit could extend to a higher income threshold, say $50,000; or it could rise for the lowest-income recipients, say to $1,000 a month.

Implementing a full-scale program along these lines would certainly make Seattle a flagship city — and laboratory — for a big, bold idea. To fund a guaranteed income with an income tax is to take a stand for pure redistribution: taking from the rich (and middlingly well-off) and giving to the poor. Seattle, that rare city with an ultraliberal reputation, but no existing state or local income taxes, seems as likely a place to try this as any. I’m all for it, but with a few big caveats.

First, a policy caveat: Many federal and state assistance programs feature eligibility “cliffs” —income thresholds above which a benefit suddenly falls off precipitously or disappears entirely. If a Seattle guaranteed income booted many people out of other programs, that could greatly diminish or even negate the beneficent effects of the income boost for those individuals and for the city’s social fabric and economy as a whole. Seattle policymakers might intend a local guaranteed income to be additive to other benefits, but we can’t control federal and state programs, so any new program must be carefully designed to minimize such effects.

Second, a political caveat: Considering the context of the mayor’s letter, it seems likely that she views an income tax as an alternative to the recently passed big business tax, not as a separate and additional project. Council members and the broad coalition that championed the Jumpstart Seattle measure (disclosure: myself and the Transit Riders Union included) will rightly object to using an income tax to let Amazon and other large corporations off the hook; a deep recession is no time to forgo any progressive tax options that can help to prevent harmful cuts and bolster demand. The uses to which Jumpstart Seattle funding is already committed (including pandemic-related economic relief, equitable development and Green New Deal programs) are vital, and only partially overlap with Durkan’s wish list above.

That leads naturally to the third caveat, regarding priorities. With so many urgent needs, including the several Durkan identifies and others like public transit and child care, is a guaranteed income the best use of all funds from a potential new income tax? It’s hard to say. Another approach would be to run a major pilot — say, grant $1,000 a month to 10,000 low-income individuals for five or 10 years and just see what happens. That would cost $120 million a year. You’d also want to establish an annual cash payment program to ensure that all lower-income households are effectively at least compensated for the flat tax; Burbank estimates this could soak up $90 million more. Still, that leaves a good chunk of revenue available for other uses.

The upshot? There’s a lot of promise here, and I really hope Durkan continues to develop this idea. I also hope she does so in close consultation with her colleagues on the city council and the many people and organizations in Seattle that have the interest, expertise and lived experience necessary to make a guaranteed income program a success — and perhaps even an inspiration for the national program Durkan so firmly believes in.