Capitalism, competition, and why antitrust is so confusing

Antitrust law lies at the fault line where the ideology of the capitalist marketplace begins to self-destruct. 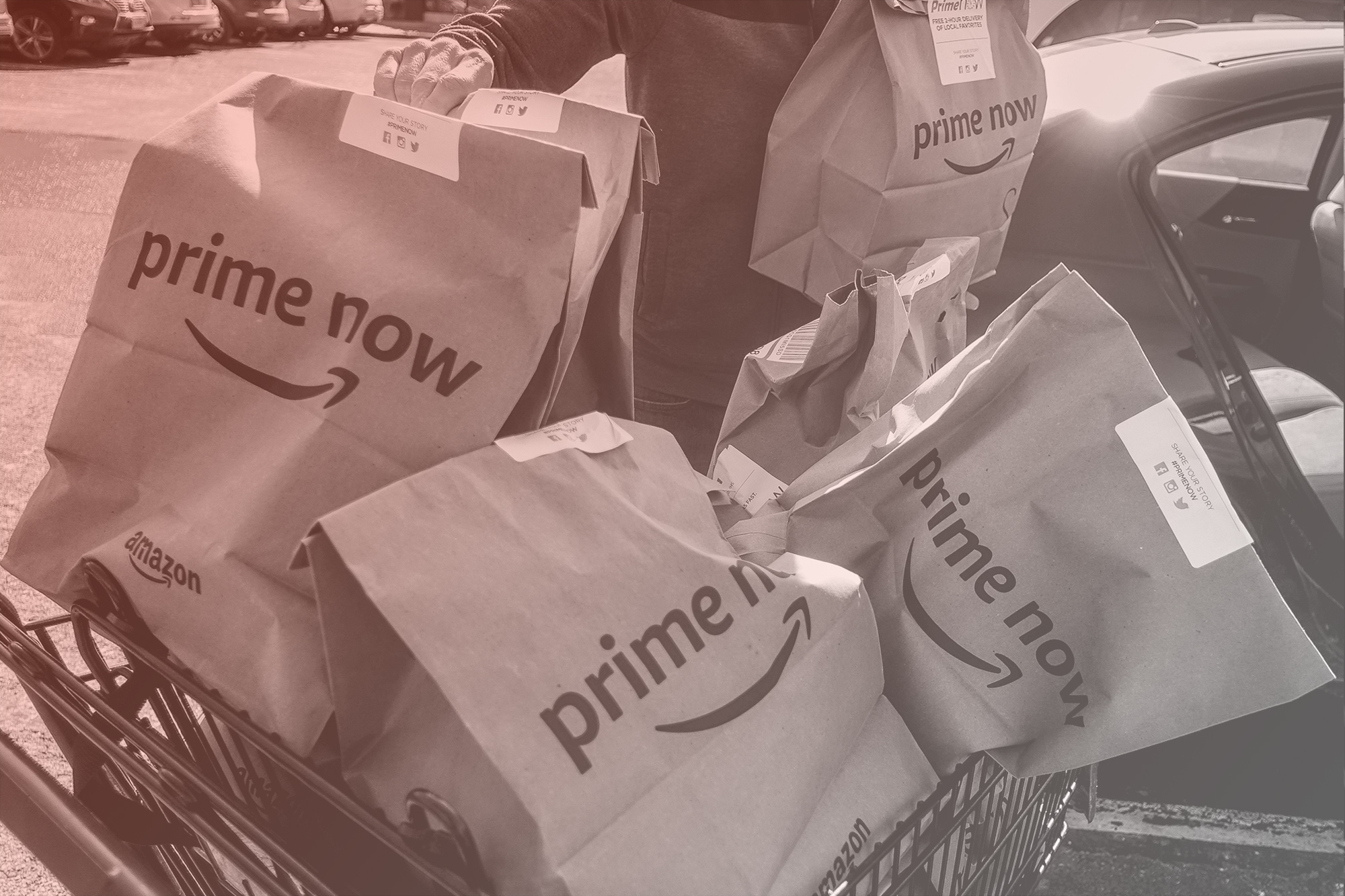 Amazon Prime Now bags full of groceries are loaded for delivery by a part-time worker outside a Whole Foods store in Cincinnati. Amazon added grocery stores to its portfolio when it purchased Whole Foods. (John Minchillo/AP)

Amazon has come a long way from the Bellevue-based online bookseller of yore. After a quarter century of explosive growth, the company not only dominates the growing world of e-commerce, it’s a major player in many other industries, including delivery and logistics, payment services, cloud computing, film and television production, book publishing and grocery.

Such an extreme concentration of economic power in the hands of one corporation raises urgent questions about the health of our economy and our democracy. As I wrote last week, Congress is beginning to ask those questions. As denizens of a region transformed by Amazon’s rise, we’d all do well to ask them, too, and that means wrapping our heads around “antitrust” — the area of public policy and law intended to address the perils of excessive corporate power. It’s a tricky subject, and not merely because antitrust, like any corner of the law, has its share of intricacies, arcane terminology and subtle disputes. It’s also confusing because antitrust lies at one of the fault lines where the ideology of the capitalist marketplace begins to self-destruct.

This is the second column in a series on Amazon and antitrust. Read parts one, three, four and five.

Modern antitrust law in the U.S. dates back to 1890, but monopolies have been around for as long as people have satisfied many of their needs through buying and selling. When one or a handful of colluding actors corners the market for a particular good, they gain the power to create artificial scarcity and set prices at “unjust” levels. Condemnations of such behavior, and attempts by authorities to rein it in, go back at least to the ancient Greeks and Romans; the word “monopoly” seems to have been coined by Aristotle. Islamic law frowned on monopolies, as did St. Thomas Aquinas and the scholastic Doctors of the Middle Ages. The tradition was continued by the English mercantilists and on through to Adam Smith.

But a couple of crucial shifts took place in the 19th century. As owners of capital — the bourgeoisie — rose to political dominance in Europe, the feudal and ecclesiastical laws, mores and social relations in which markets had previously been embedded were cast off. The new ideology of laissez-faire liberalism proclaimed the virtues of the free market: When individuals were at liberty to enter into contracts and engage in exchange, buying from and selling to whom they wished, free from government meddling, the invisible hand of the market would settle upon prices that were natural and just. Prosperity would increase to the benefit of all.

At the same time, the new techniques of industrial production led to economies of scale that favored large firms. Corporate survival of the fittest led inexorably to growth and combination. Whereas the conditions for monopoly — domination of a sector by one or a few large players, and high barriers to entry for potential competitors — previously tended to be artificial, maintained through coercion and conspiracy, now more and more they arose from the workings of the capitalist economy itself, a natural outgrowth of industrial progress.

These two developments, culminating in the U.S. with the rise of the great trusts of the Gilded Age, created a problem that was both conceptual and political: The vaunted free market was undermining itself. Free competition led, naturally it seemed, to economic autocracy.

Some effects were clearly pernicious. Not only could monopolists constrict supply and raise prices, they had little incentive to innovate or maintain high standards of quality. Even without squelching competition entirely, massive firms could rig the rules of the game. The social benefits of market competition, after all, depend on a “fair” fight in which firms gain an edge by providing the best products most efficiently and at the lowest cost. But a large player could often bully suppliers, carriers and retailers for special privileges, or depress prices and drive out smaller competitors simply because of its deep pockets. Vertical integration could also create perverse incentives: A dominant shoe retailer merging with a major shoe manufacturer might rationally promote its shoes over another, superior brand, or even decline to stock competing models altogether. There were broader implications to consider, too, from the social impacts of squeezing and crushing legions of small and medium-size businesses to the dangerous political influence conferred by concentrated economic power.

On the other hand, at least in some sectors, there were real social benefits to bigness and even to monopoly. Market competition was far from an unalloyed good; it could also be inefficient, wasteful, in some cases ruinous. If one large producer could satisfy the demand for a product, why have many smaller producers doing the job less efficiently? Integration along the supply chain, too, often enabled real improvements, innovation and cost savings. And in the capital-intensive industries that formed the backbone of an increasingly interconnected economy — utilities like water and electricity, transportation infrastructure like roads and rails — it wasn’t clear that competition among multiple providers made sense at all.

Given all this, the question that rose to urgency in the late 19th century — what to do about the great trusts — had no simple answer. How big was too big? How much market share was too much? Was it possible to curb practices that undermined “fair” competition without losing the advantages of size? At what precise point did normal market behaviors — like cutting prices to entice customers away from a rival, or merging with another firm — flip from competitive to “anti-competitive”? When did winning the game turn into destroying the game?

Antitrust law would have to answer these questions, and in so doing, delineate the illegal from the legal where no bright, uncontested line existed in reality. It’s no wonder that the corporations on the receiving end of antitrust actions often feel they are being punished for being good at capitalism.

Next week, I’ll take a look at the early days of antitrust in the U.S. In honor of the election, I’ll tell the story of another dramatic presidential contest, when William Howard Taft, Woodrow Wilson, Theodore Roosevelt and Eugene Debs all locked horns in 1912 over the question of what to do about the power of the trusts.

(Disclosure: The organization the author works for, the Transit Riders Union, is a member of a coalition that opposes Amazon on many issues including antitrust.)