A new era of trustbusting could begin with Amazon, tech giants

21st century antitrust activity targets the companies that mine our data and control so much of our digital infrastructure. 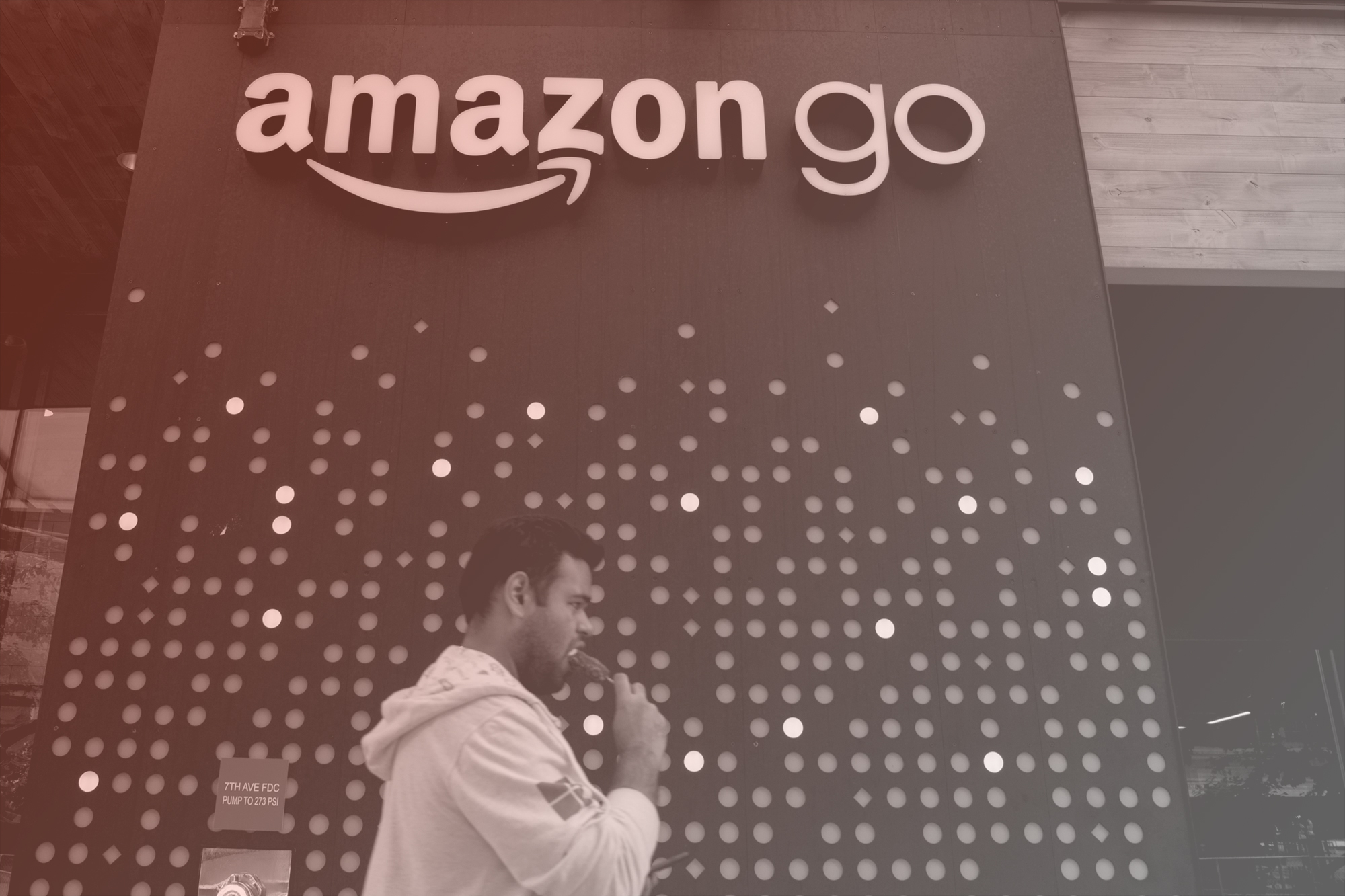 Pedestrians walk past the Amazon Go store near the Amazon campus in downtown Seattle, May 10, 2018. (Matt M. McKnight/Crosscut)

It’s been a long time since America has thought very much about trustbusting. The phrase still calls to mind a grinning, cartoon Teddy Roosevelt, swinging his big stick at Standard Oil.

But as of this month, trustbusting is officially back on the table. The quarry this time isn’t Big Oil, Big Railroads or Big Steel, but Big Tech — including our homegrown giant, Amazon. On Oct. 6, the House Judiciary Committee’s Antitrust Subcommittee released a report on competition in the digital economy, including a suite of recommendations to revive antitrust enforcement and strengthen antitrust law. It was the culmination of a more than 16-month-long investigation into the market dominance and business practices of Apple, Amazon, Google and Facebook “to determine how their power affects our economy and our democracy.” Just this week, the Justice Department followed up with an antitrust lawsuit against Google.

This is the introduction to a series on anti-trust and Amazon. Read parts two, three, four and five.

Some of today’s practices recall that earlier era of trusts, cartels and monopoly power. In the late 19th and early 20th centuries, John D. Rockefeller Sr. strong-armed merchants into selling only Standard Oil. Today, Google and Apple use exclusionary contracts to prevent suppliers, distributors and customers from doing business with their competitors. Not only did Standard Oil receive deep concessions on shipping costs from colluding railroads, it got intelligence on rival oil refiners’ prices, enabling the company to go lower. Today, Amazon uses its god’s-eye view of the independent sellers on its platform to launch competing products. What Standard Oil did to the small refineries, undercutting them before gobbling them up, Amazon did to Diapers.com.

But today’s landscape is also different. Each of the four tech giants controls critical pieces of the infrastructure of the digital world where so many of us spend so much of our time and our money. Often they compete in marketplaces they themselves run, a fact that isn’t novel in itself (your favorite chain grocery store likely has a house brand) but which assumes new significance in the growing and hyperconcentrated world of e-commerce, where platforms shoulder little risk and collect information on individual sellers and customers in minute and exhaustive detail. Most of all, what is new is the extent to which we depend on these corporations, not just as consumers, but as humans, so that being mined for data becomes the price of admission to modern life. Issues of competition and antitrust blend with larger questions of privacy, access to information, the health of our public sphere and the future of our democracy.

That was the starting point for congressional scrutiny of Big Tech back in 2018. Facebook CEO Mark Zuckerberg was grilled by both Senate and House committees following the revelation that Cambridge Analytica, a political consulting firm with ties to the Trump campaign, harvested millions of Facebook users’ data to build psychological profiles of likely voters. Questioning ranged beyond privacy to Russian meddling in the 2016 presidential election, racial targeting,  censorship, “fake news” — and monopoly power. Sen. Lindsey Graham, R-South Carolina, asked Zuckerberg if he thought Facebook was a monopoly. “It doesn’t feel that way to me,” he replied.

Two years later, many legislators beg to differ. The House Judiciary Committee’s tech antitrust investigation culminated in a July 29 hearing at which the CEOs of Apple, Amazon, Google and Facebook were all put on the hot seat. Seattle Rep. Pramila Jayapal, a Democrat, interrogated Jeff Bezos, pushing him into an awkward corner about Amazon’s use of third-party seller data to create its own brand products. At the 2018 Facebook hearing, legislators had stumbled, revealing basic ignorance about the workings of the platform; this time, they came prepared.

The recommendations in the staff report, endorsed by the committee’s Democratic majority, are sweeping. Some, like increasing data portability between platforms, better funding the agencies that are supposed to enforce antitrust laws and setting a higher bar for mergers, are likely to have bipartisan support. Others, like prohibiting large tech companies from competing on their own platforms or from leveraging dominance in one sphere to undercut competitors in another — as Amazon uses Amazon Web Services to subsidize its retail and logistics business — will be more contentious. The only way to guarantee these results may be “structural separation,” or breaking a company into pieces. In other words, old-fashioned trustbusting.

Whatever the outcome of this November’s presidential election, these issues will be live and urgent next year. It’s easy to agree that Big Tech has too much power. But the question of what exactly to do about it is a complex one, wrapped up with conceptual — and ideological — assumptions about markets, competition, efficiency and innovation, and inseparable from larger questions of what kind of society and economy we believe to be possible or desirable. The House Judiciary Committee’s report is an opening salvo in what’s likely to be a drawn-out contest over the future of the digital world, and our wider human world. It’s worthwhile to take some time to think through what’s at stake. I’ll pick up this thread next week.

(Disclosure: The organization the author works for, the Transit Riders Union, is a member of a coalition that opposes Amazon on many issues including antitrust.)