Washington must keep its promise of public education

Most new jobs in our state require higher education. But public schooling is about more than social mobility. 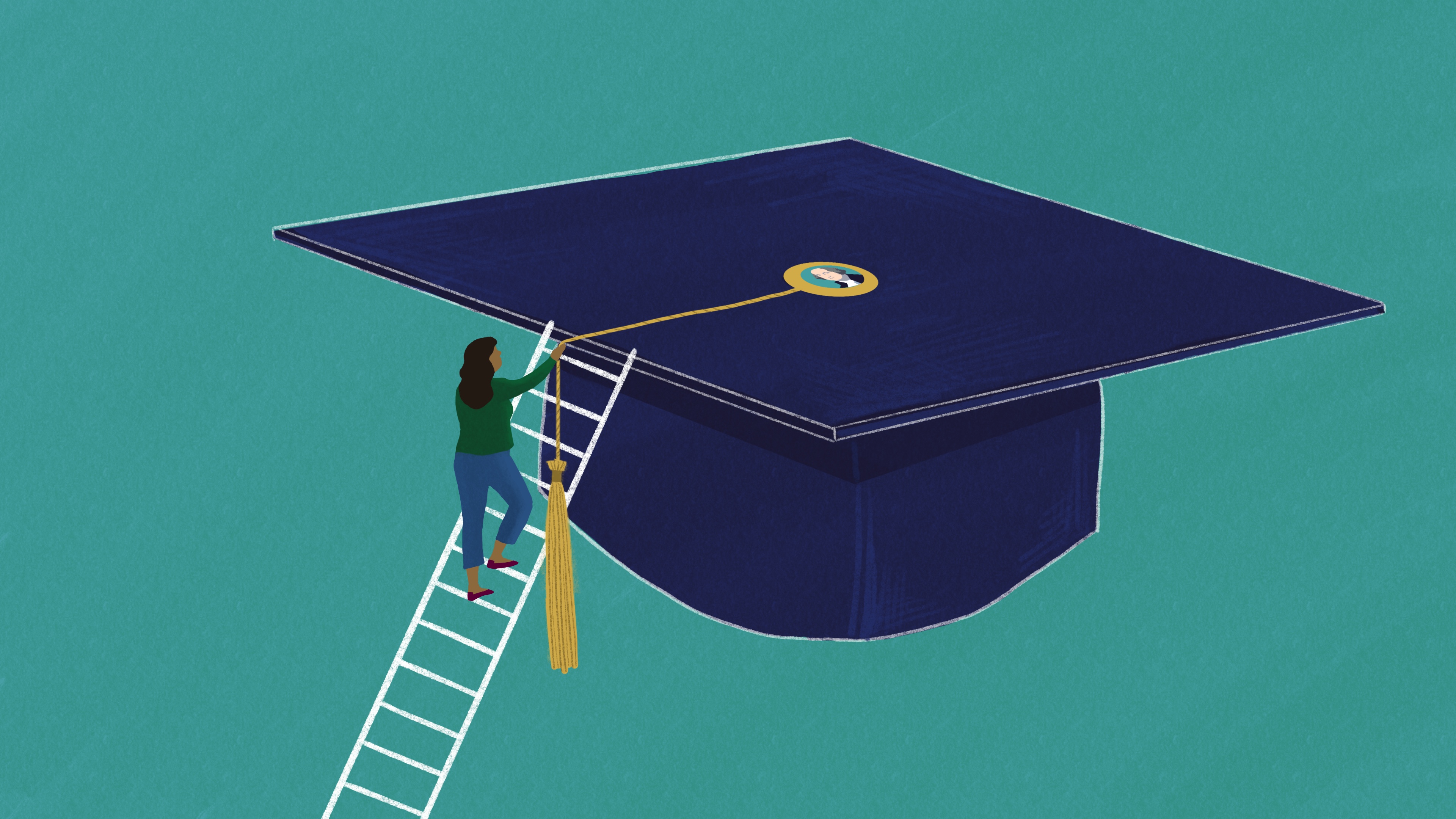 We need public education, from kindergarten to college, that is accessible and equitable for everyone in our community, writes Sheila Edwards Lange. (Valerie Niemeyer)

But if they started on different paths, now more than ever we need those paths to converge. As someone who has spent her career and most of her life in public higher education, I can say that a thriving democracy needs public, accessible and equitable education to survive. Without it, democracy fades and becomes a plutocracy, or at worst a disguised dictatorship.

This is particularly urgent for our city and state, where public investment in public education has not kept pace with the needs of our industry and business sectors, and where the opportunity gap between living wage, high education jobs and our working populations grows wider each year. One in five working-age adults in Washington state, close to 400,000 people, have college credits but didn’t complete a credential, at the same time that most new jobs in the state require post-secondary education.

The earliest public forms of education in this country date to the start of the American colonies in the 17th century. Several of the early colonies set up publicly accessible schools centered on basic literacy and religious education. They were not funded or managed beyond the local communities they served. Their goal was to institute the values of the religious immigrants who founded those communities, not to form citizens.

This model was more egalitarian than the education model of the Old World, where education was mostly a privilege of the nobility and the growing middle class. It still focused on dogma, and it excluded anyone other than the colonizer class. It was aimed mostly at boys. When education was available to Native Americans, it was as a tool to erase their culture and customs. It was denied by law to enslaved Black people.

Free public education in the form similar to what we know today did not emerge until the second half of the 19th century. It is no coincidence that this happened at a time of mass immigration from Europe, after the official end of slavery and at the beginning of the transition from an agrarian economy to an industrial one. It is here where American democracy and public education begin their tentative dance.

The reasons for this are clear. Businesses and industry needed more skilled employees, and the nation needed a common set of ideals, history and myths to bind it together as it expanded west. Democracy, too, had expanded from being a governing system where only male, white property owners had a say to one that was at least nominally available to landless workers, Black people and new arrivals.

At its best, public schooling was an ideal place to create citizens. Public schools are the entry point into American culture and society for new immigrants. It is where many learn English and where they gain the basic skills to enter the workforce. Regardless of a person’s immigration status, when citizenship education works, it prepares students to understand their rights and the structure of their government. It prepares them for the ability to make smart choices. It creates smarter voters and more qualified candidates to run for office. It is where students learn how their government works and the role of the voter and the citizen in the writing of laws and the transfer of power.

At its worst, however, public education has served to assimilate new populations to the American way to the detriment of their own cultural identity. In the worst negative sense, it is where Indigenous and ancestral cultures are buried; where Native American children were separated from families and placed in state-run boarding schools; where anyone who spoke a language other than English was taught to despise it, often through corporal punishment. Public education is complicit in the creation of false myths about our country (white superiority, Manifest Destiny) that justify our government’s actions to expand, oppress and conquer.

Despite its negative history, public education has great promise to create community and encourage social mobility. John Dewey, the great American philosopher and education reformer, argued that public education helps to create the “Great Community” by teaching people to solve problems and to think critically. He believed these informed citizens, along with a strong media, would lead politicians instead of the other way around.

Education, by providing knowledge and practical skills, allows a person to progress beyond the social and economic status of their parents. When it is accessible to all, not just the wealthiest or the highest achieving students, education fuels the social mobility that leads to innovation, growth and progress.

This is especially true when we talk about public higher education.

Early in my career, I worked with a team to establish the Washington Campus Compact (WCC) at Western Washington University. The WCC is a coalition of colleges and universities in the state committed to educating students for civic and social responsibility as part of the public purpose of higher education. Seattle Central College was an inaugural member, and as president I have continued to be active in this work as a WCC board member. My early career experience showed me the influence that colleges and universities can have in strengthening our democracy by shaping civic identity in students who ultimately step into leadership roles in our communities.

It is no coincidence that some of the greatest spikes in economic growth and innovation have come when our society has invested in public higher education. Simply look at the land grants that funded state universities, the GI Bill that propelled an entire generation of students into the middle class after World War II, or the introduction of federal and state financial aid policies that have made higher education more accessible to low-income families since the 1970s.

I look forward to seeing the results of our latest community investment in public higher education. This year, the city of Seattle expanded the Seattle Promise program, offering every Seattle high school graduate two years of free tuition at Seattle Central, South Seattle and North Seattle colleges. More than 70% of these students are people of color.

Ultimately, democracy needs public education, and not the other way around. Public education can happen without democracy — every successful dictatorship can point to a public school system as a part of its society.

But a country where people participate in their government, where the opportunity gaps are narrow enough for most people to cross them, where human rights can be taken for granted and not just granted to the few — that country is still just an ideal. Our country and our schools have much work to do to deliver on that promise. We need public education, from kindergarten to college, that is accessible and equitable for everyone in our community. In this election season, let’s commit to working together to support public education as a means to create informed citizens and to strengthen our democracy

Read more in our series on democracy in Washington state 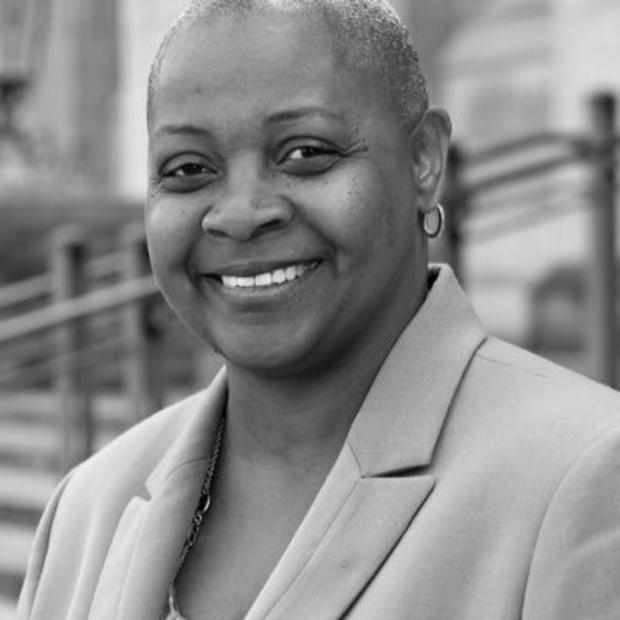 Dr. Edwards Lange is the president of Seattle Central College.