Washington state politics is more diverse than ever

At all levels of government, the state has made stunning increases in representation. But much work remains to build a democracy that reflects us all. 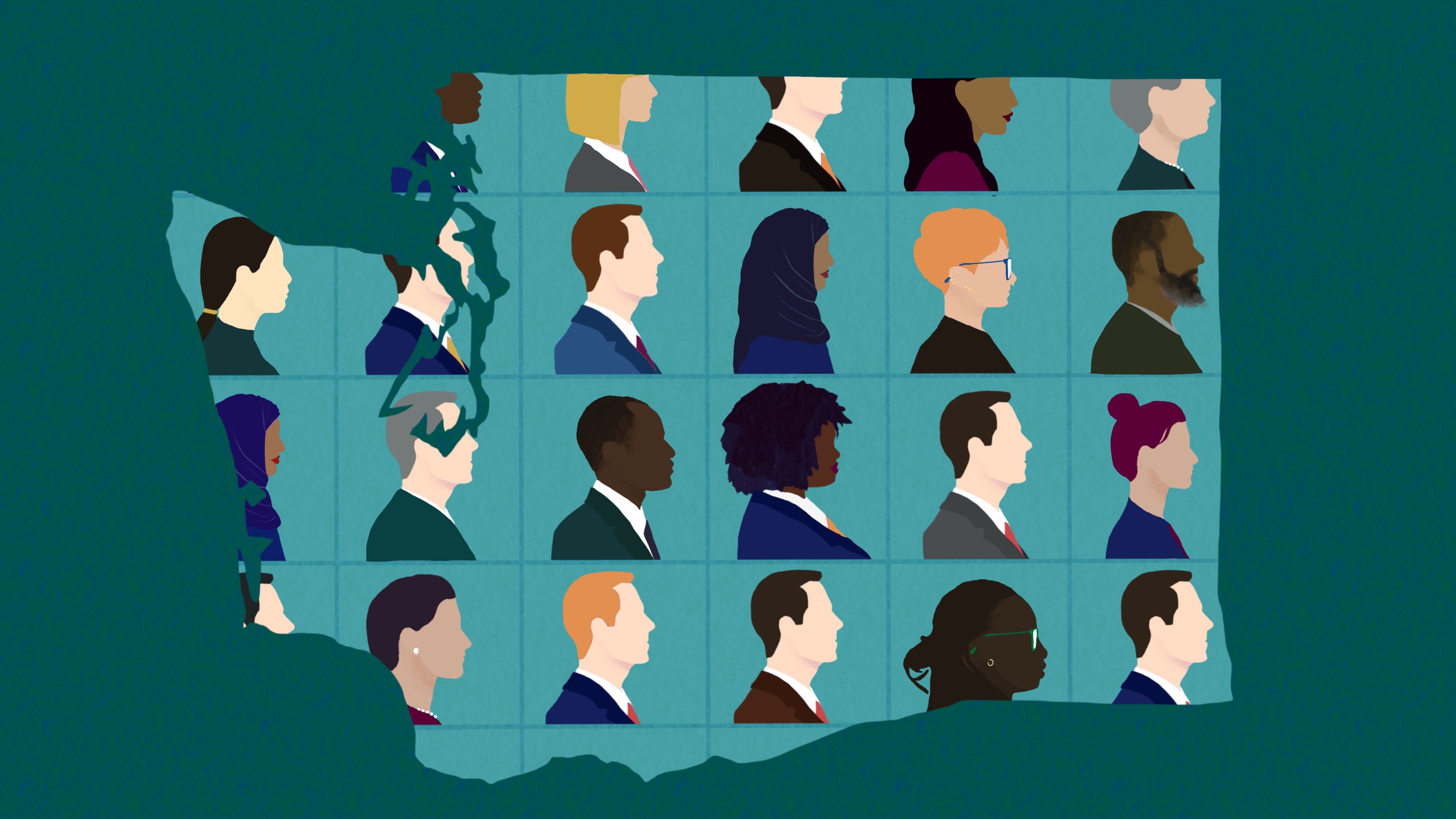 The state of democracy in Washington state, for all its important progress, remains predominantly cis, white and male, writes Olgy Diaz. (Valerie Niemeyer)

Who do you picture when you think of a senator, member of Congress, lobbyist or political candidate? Odds are it’s someone who looks like Rob Lowe, Alec Baldwin or perhaps Amy Poehler, if you share my affinity for the TV show Parks and Recreation. What about when you imagine a domestic worker, janitor or landscaper? As a Latina, I have been mistaken for those three countless times, but never mistaken for any of the first five, despite my day job as a nonprofit lobbyist and having run for office in 2013. These internalized biases, handed down through racist institutions and policies, are holding back our democracy. Representative politics alone is not a destination, but it’s an important vehicle for building power and expanding support for communities that have historically been undervalued and excluded from democratic decision-making.

Here’s the thing: If you are reading this from somewhere in the greater Puget Sound region, it’s likely at least one of your elected officials is a woman or person of color. I know because I have dedicated my career and spare time to electing women and people of color all across Washington state. Political candidates, activists and organizers have toiled to diversify who makes decisions in our democracy so that it is truly representative and working on behalf of us all. But there remains work still to be done: Government is not yet fully representative of the communities elected officials serve or the people that campaigns hope to persuade to vote.

Let’s start with the good news. Across elected positions at all levels of government, Washington state in recent years has made stunningly rapid increases in women, LGBTQ and people of color representation. In 2017, we tripled the number of elected female mayors — to a total of 38 — in major cities across the state. Last year we elected our first two Muslim women to office: Councilwoman Zahra Roach in Pasco and Councilwoman Varisha Khan in Redmond. The Seattle City Council is majority women, including a historic five women of color and the council’s first Latina president. Those demographics alone are impressive, but they are night and day compared with 2013, when the council was majority male and featured only two councilmembers of color.

Today, we have the most diverse Legislature in our state’s history. Last year the House Democratic Caucus elected the first woman and out lesbian speaker of the house, Laurie Jinkins. And this year the Legislature caught up and squeaked past our 1992 record “year of the woman.” Today, 41% of the Legislature is female.

It is worth celebrating the distinct members of color caucuses in the state House and Senate, including the House Black Caucus and a legislative LGBTQ Caucus. But lawmakers of color only make up 16% of the Legislature, compared with census data indicating Washington is 30% nonwhite. LGBTQ legislators, meanwhile, make up 5% of the legislative body, just shy of Washington’s estimated 5.2% LGBTQ population.

These recent gains, coming after years of stagnant and sparse representation by legislators of color and LGBTQ people, have been a long time coming. Before their retirements in 2010 and 2012 respectively, state Sens. Rosa Franklin, who is Black, and Margarita Prentice, who was Latina (she passed away April 2, 2019), were the first and only female state senators of their racial backgrounds in Washington state’s history. They both served their final terms with so far the only Native American state senator, Claudia Kauffman (Nez Perce).

Over on the bench, Washington state’s Supreme Court has become a majority female body and has achieved multiple firsts in the past six years. In 2014, Justice Mary Yu became the first openly LGBTQ member of the high court and its first Latina and Asian American justice. Late last year, Gov. Jay Inslee appointed Washington’s first Native American justice, Raquel Montoya-Lewis (Pueblo of Isleta), and in April of this year he appointed Justice G. Helen Whitener, who identifies as disabled, Black and LGBTQ. Justice Whitener is also Washington’s first naturalized citizen justice (she was born and raised in Trinidad).

But this increasingly diverse portrait risks being misleading. The state of democracy in Washington state, for all its important progress, remains predominantly cis, white and male. This is true across both parties, but is exceptionally visible among Washington’s Republican House and Senate delegations, which include only one elected official of color — Rep. Alex Ybarra, who is Latino.

It’s true that Washington is an LGBTQ-welcoming state, but we have yet to elect a transgender individual to public office. Washington is home to the third highest U.S. population of Pacific Islanders, after only California and Hawaii (excluding U.S. territories), but we have not yet elected a person of Pacific Islander heritage to the Legislature.

Worse, Washington state democracy can be dismissive, often to the point of hostility, towards Washingtonians of color. Despite historic levels of representation, policy solutions to problems that disproportionately impact communities of color, like police accountability measures, remain stalled in local governments. And COVID-19 response resources for undocumented immigrants and non-English speakers have been an afterthought and are still lacking.

The halls of most federal, state and local governments remain majority white and male. In some cases, political office holders have tacitly embraced right wing militia groups at Black Lives Matter protests or otherwise signaled their own tone deafness on issues of race. And though he was banned from interacting with staff and seeking reelection this year, alleged abettor of domestic terrorism Matt Shea still represents Washington’s 4th District in Spokane. Shea refused to resign despite calls to do so from both Republican and Democratic Party leaders in response to a lengthy investigation that detailed his role in distributing a manifesto calling for a holy war and his involvement and promotion of multiple armed conflicts against the federal government.

Elected white male politicians range the spectrum from stellar to performative allies on issues impacting people not like them. But the truth is that many of them often leave the heavy lifting on policies that directly benefit historically marginalized communities and businesses to the elected officials that belong to those communities. This is not a partisan statement. There are white, male representatives on both sides of the aisle, depending on the policy — and every elected official has constituents whom they consistently overlook or fundamentally misunderstand.

A classic example of this occurred in 2015 when state Sen. Jim Honeyford of Sunnyside refused to apologize for a whole week after a deeply offensive gaffe made during a legislative public hearing. The bill in question, sponsored by one of only five state senators of color, would have required impact statements detailing a law’s possible disparate outcomes on communities of color. During the hearing, Honeyford, who is white, insisted that people of color and folks with low incomes commit more crimes than other people and repeatedly referred to communities of color as “colored.” Honeyford’s district is the first and only majority-Latino district in our state. It is represented by three white men who on many issues are out of touch with the majority.

While the numbers of women, LGBTQ people and elected officials and political professionals of color have steadily improved, at the same time there is an increasing hostility toward those willing to serve. There are countless stories of women, LGBTQ and elected officials of color receiving vulgar, toxic or outright threatening communications. In 2016, sexist public attacks on female Seattle City Council members, in retaliation to a vote along gender lines against the sale of public land to build a basketball arena, drew national attention. Most governments are either too under resourced to investigate serious threats or are uninterested in the impact these exchanges have on elected officials and staff. The lack of internal support often translates into many elected officials choosing not to run for reelection, despite how hard they worked to get the position.

This year, a historic number of Black women are running for office from the top of the ticket on down. Washington voters have an opportunity to help create a democracy more distinctive and diverse than ever before. Communities of color and LGBTQ communities are rich with diversity and deserve broader representation in government to protect lone elected officials from tokenism and hostile work environments. The benefits of diverse representation extend beyond leadership; it also helps create community and safer workplaces for LGBTQ and people of color serving as official staff, lobbyists, citizen activists and campaign operatives. Washington cannot realize its path to more reflective politics without more qualified, empowered and reflective professionals to interface with the communities government serves.

If you are a straight white male and you do not feel represented, I guarantee you are, have been or will be again soon. So sit tight and wait like the rest of us did before we seized the slivers of the representation pie we now enjoy. I promise to not leave you behind, but please make peace with not being in control of everything as Washington state works toward a more representative democracy. 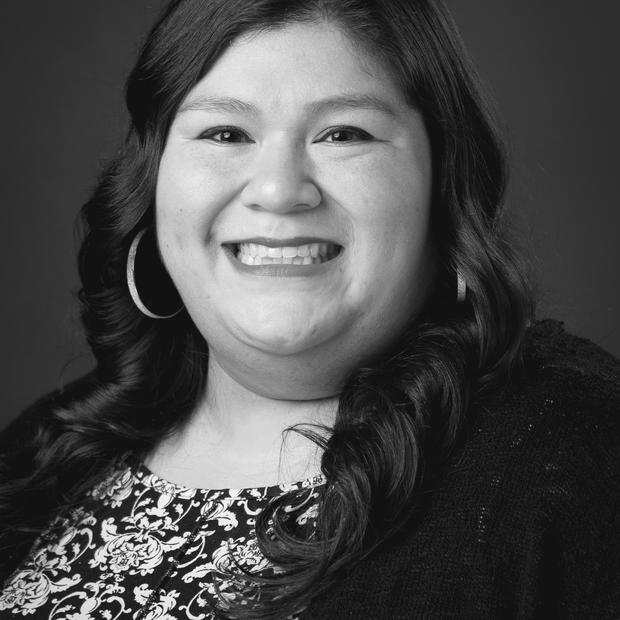 Olgy Diaz, a board member of the National Women’s Political Caucus of Washington, is a longtime government affairs and political campaign professional.