What divesting from Seattle police is really about

The mayor and police officials wants to “reimagine” public safety, but to change policing we need to imagine safety for the first time. 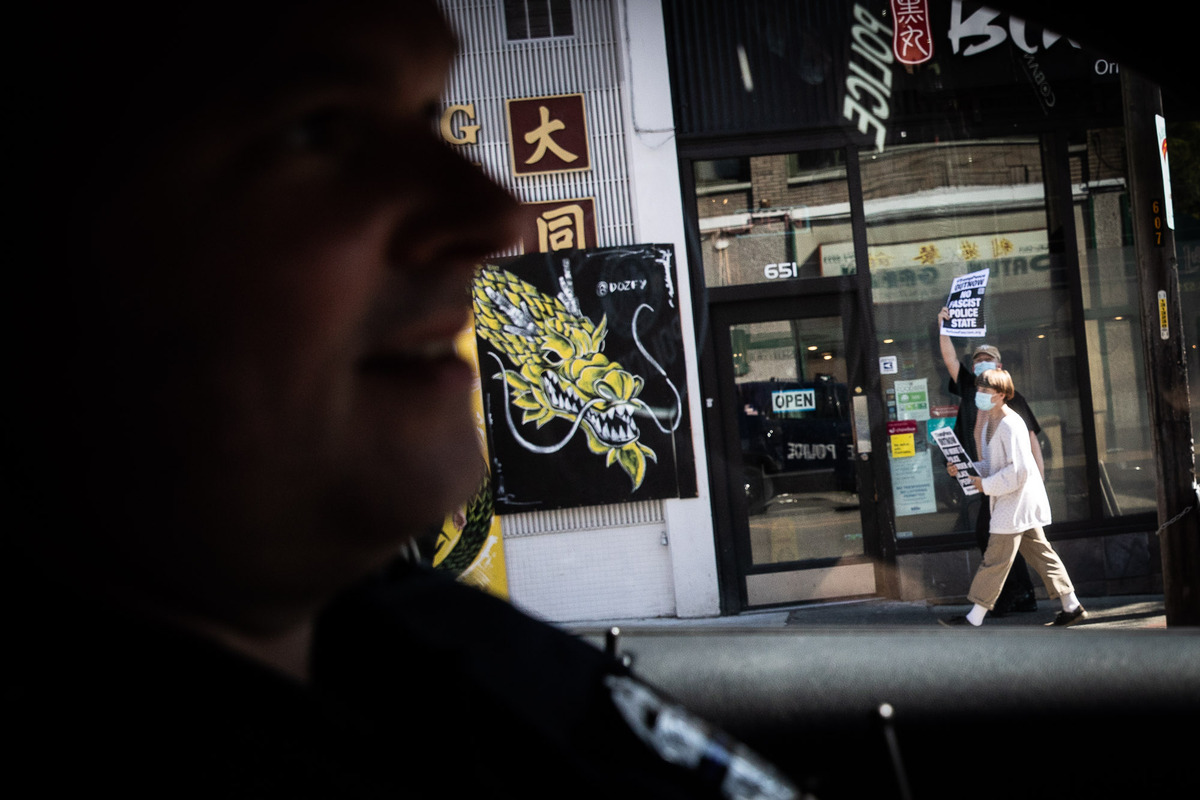 The uprising this summer in defense of Black lives forced a reckoning across the country with racist police violence. Since then, a new consensus has begun to form in Seattle: Past reform efforts have failed to keep Black communities safe from violent policing, while the city has never adequately funded housing, child care, health care or other basic building blocks of safety for Black Seattleites. We must stop pouring hundreds of millions into police budgets and instead begin to divest from policing.

In the face of this reality, the task is not to “reimagine public safety,” as the mayor has called for. It’s to imagine safety for the first time.

To rise to this challenge, city officials should approach it with the following premises in mind.

1. Not every police function needs a civilian replacement.

Local politicians and police officials have expressed openness to “reimagining” the Seattle Police Department. But these changes must move slowly, they insist, because we need proven civilian equivalents to replace current SPD functions.

The reality is that not every police function — including policing on horseback and policing schools, among others — requires a civilian replacement. And while some level of nonarmed 911 crisis response remains necessary, common sense dictates that meeting people’s basic needs is the best way to reduce the need for 911 altogether.

When people living in a crowded downtown Seattle shelter were transferred to a Red Lion hotel, 911 call volume for that population went down, as reports of fights, overdoses and threats of violence all decreased. Separate spaces, rather than crowded, congregate shelters, helped reduce people’s stress and conflict and increased well-being, yet another sign that we need dignified housing for all, not just a police replacement in the form of civilian 911 response. (Of course, a roof alone cannot solve the myriad problems associated with homelessness: Funding to meet basic needs, including drug user health initiatives and mental health care, which address the triggers of so-called “crimes” of poverty, will help render police obsolete.)

2. Police do not generate public safety. The best way to guarantee public safety — apart from meeting people’s basic needs — is to build out ways of responding to harm in our community that don’t rely on police.

The mayor’s proposed 2021 budget presumes that SPD must continue to be funded at current levels — and in fact creates a cushion for hiring 50 more police officers. Divesting from SPD, and ensuring every person in Seattle is housed, fed and supported psychologically and physically, would go much further toward guaranteeing public safety.

Additionally, real public safety means responding to harm in our community in ways that don’t require armed officers. Behavior classified as “violent crime” makes up only 1.3% of police responsibility, but is often used by city officials to justify current staffing levels. However, even for cases of violent crime, police rarely generate public safety, mostly showing up after the fact. Often officers escalate or initiate violence, as demonstrated by the police killings of George Floyd and Breonna Taylor — and in the violent police response to the protests against these deaths. Funding proven, community-based gun violence interruption and prevention would do much more to stop “violent crime” in our city.

Moreover, hundreds of local advocates and survivors signed a letter rejecting the use of survivors of gender-based violence as justification for funding police. The signatories demanded investments in violence prevention programs, as well as in basic supports for survivors, including affordable and decent housing, living wages, paid leave, child care, access to transportation, health care and counseling.

3. Imagining safety for the first time means reducing contacts between the police and the public as much as possible.

City officials spend a lot of time talking about reducing 911 response times and touting efforts for improving community-police relations. But for marginalized communities, reducing police response times won’t improve public safety, nor will “community policing” efforts, which focus on changing perceptions of police rather than the realities of racist criminalization.

Improvements to community-police relations, apart from serving to expand rather than shrink police budgets, ignore that police are part of the problem, not a solution to issues facing Black communities. For people traditionally targeted and unfairly treated by police, imagining safety for the first time means reducing opportunities for contact between law enforcement and the public. Recent statistics bear this out. Thirty-two percent of all uses of force and 27% of all instances of drawn firearms by SPD in 2019 were directed against Black people (who make up 7% of the city’s population). In the cases of Charleena Lyles and Shaun Fuhr, these contacts proved fatal.

This summer, SPD also brutalized protesters in clashes throughout the city. In response, the mayor has proposed increasing SPD’s budget by adding another staff member to the Office of Police Accountability because the office has been overwhelmed with complaints. Adding a staff member to investigate complaints that will likely result in little, if any, officer discipline exemplifies the Band-Aid approach to police reform the mayor’s budget offers.

A real solution to police violence against protesters — and everyone else — requires freezing police hiring and reducing staffing to limit police contact with the people of Seattle.

4. The goal is to create a city in which police do not attempt to control Black and other marginalized people through threats of arrest, violence and incarceration.

City officials have celebrated the recent hires of women and officers of color as a sign that the Seattle Police Department is moving in the right direction. However, the demographic makeup of SPD does not keep officers from surveilling people of color, disproportionately arresting Black people or depositing them in a county jail where they are under the direct control of openly racist guards and particularly vulnerable to COVID-19.

Instead of exploring options for out-of-order layoffs (so that officers with the worst disciplinary records are the first to go), the mayor claims we need to avoid layoffs altogether to protect the “diversity” of the newer SPD hires, who she argues would be the first to go. But calls for protecting SPD “diversity” ultimately serve as a distraction from the true task at hand — creating a city in which police (no matter their identity) do not attempt to control Black and other marginalized people through threats of arrest, violence and incarceration.

The mayor consistently touts the “advances” SPD has made since the department was forcibly placed under a consent decree by the Department of Justice. The accountability reforms and training that the decree required contributed to the increase in SPD’s budget over the past several years, even as the Seattle Police Officer’s Guild has vigorously opposed every new requirement imposed by the court. The history of police reform in the United States is by and large one of failures to curb police violence. Minneapolis, where this uprising began, had willingly adopted a whole slew of “best practices,” and the officer charged with second-degree murder in the George Floyd killing had undergone extensive training not long before the heinous act.

The current reform paradigm requires believing that if we just identify, put in place and somehow enforce the right set of police procedures, police violence will end. However, many people in Seattle have left that paradigm behind and begun to reckon with the reality that SPD is functioning as designed. Only with a fundamentally new approach can we begin to imagine safety for the first time. 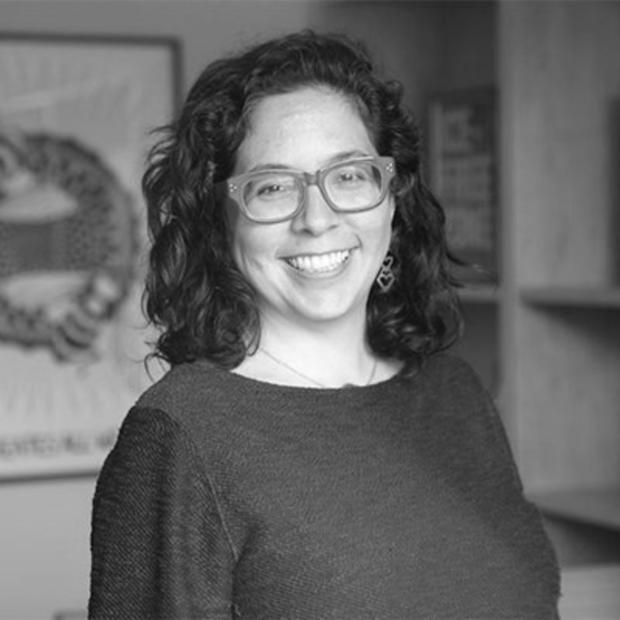 Angélica Cházaro, an organizer with Decriminalize Seattle, is an assistant professor at the University of Washington School of Law.