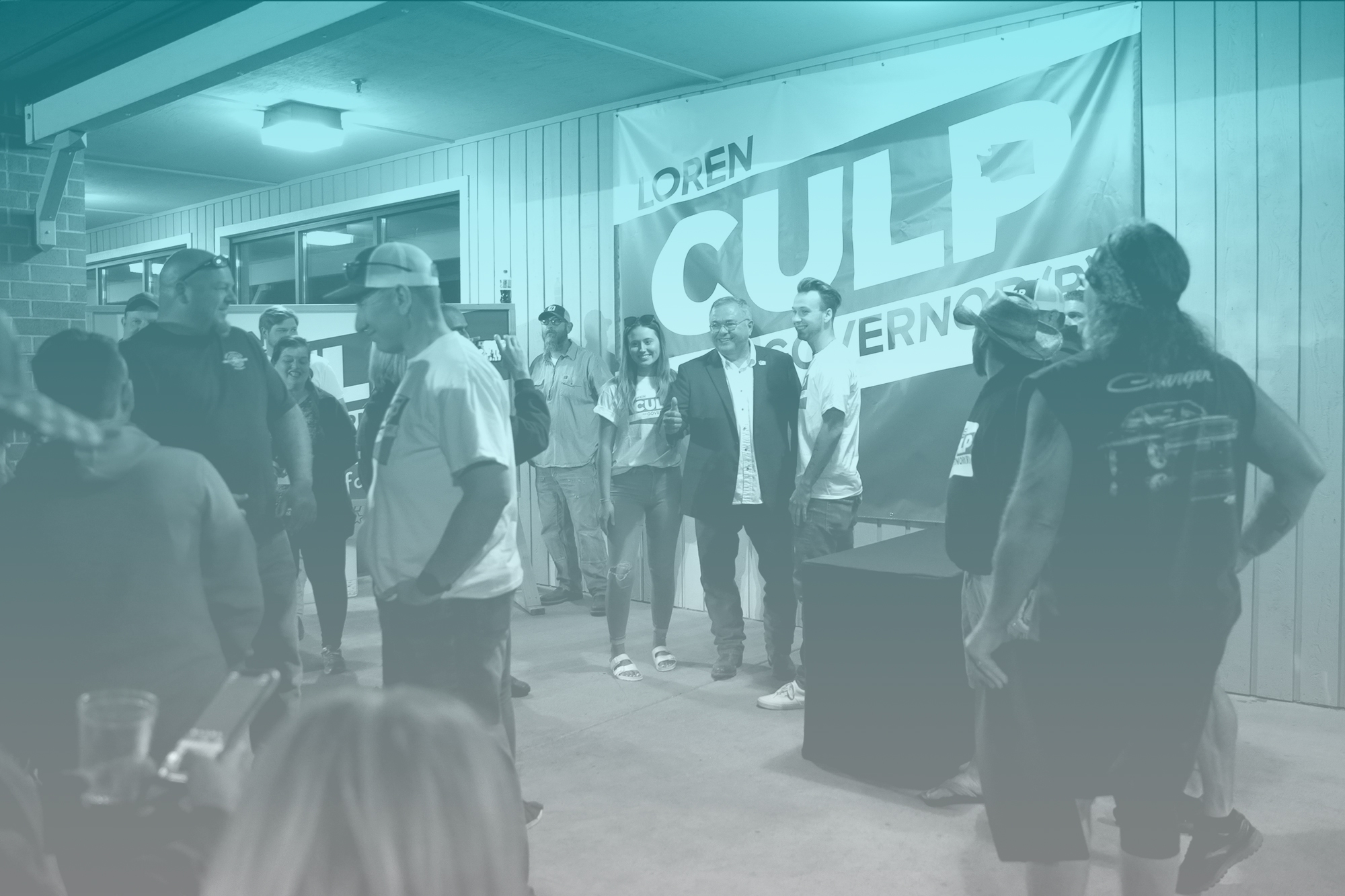 Republicans need a leader with the populist allure of Loren Culp who can also appeal to the suburbs, writes John Carlson. (Jason Redmond for Crosscut)

Who says democracy doesn’t work? A divided country has delivered a divided government. American voters narrowly pink-slipped their bombastic populist president, but largely upheld his policies. Congressional Democrats expected 10 to 20 new House seats. Instead they lost half a dozen, and may lose 10 when the counting is done. Polling experts gave Democrats a 76% chance of netting three or four seats to win control of the U.S. Senate. They netted one. What about that heavily financed effort to win control of state legislative bodies in time to redraw congressional and legislative district boundaries? Of the 99 legislative state chambers in America, the Democrats, as of Saturday, have flipped zero.

But Washington state? No divided government here. Of Washington’s nine statewide offices, Republicans had two. Now they have one, Secretary of State Kim Wyman. Instead of losing seats in the state House, Democrats won a couple. And they will maintain their comfortable majority in the state Senate.

Where does that leave Washington Republicans? Starting from scratch, without Donald Trump hovering overhead. Republicans should do what they should have done a couple years ago: develop a policy agenda that gives them a distinct identity, regardless of what’s happening in D.C. Dan Evans did that in the late ’60s and early ’70s. It mostly worked. Who can lead such a parade? I don’t know who, but I know how: Someone must appeal to working class voters who were motivated by Loren Culp (who ran almost five points ahead of Trump), and simultaneously appeal to the suburbs, where both men tanked.

The Democrats, ironically, will help them. With an open field to run on, they will go too far, as they’ve done with big majorities in the past. Republicans will be able to play off those extremes, and respond with an agenda that unites their party and appeals to independents and moderate Democrats. Here’s where to start: tax relief, education reform, lower car-tab fees and mandatory jail terms for crimes committed during a declared riot, including a six-month mandatory term for assaulting a police officer. Run them as ballot measures when Olympia blocks them.

It can’t get worse for Washington state Republicans than it is right now. Which means it’s about to get better.

How Washington gun control laws compare to other states