Why 21st century trustbusters are picking on Amazon

For the Seattle behemoth’s third-party sellers, the rules are always shifting and the house always wins. 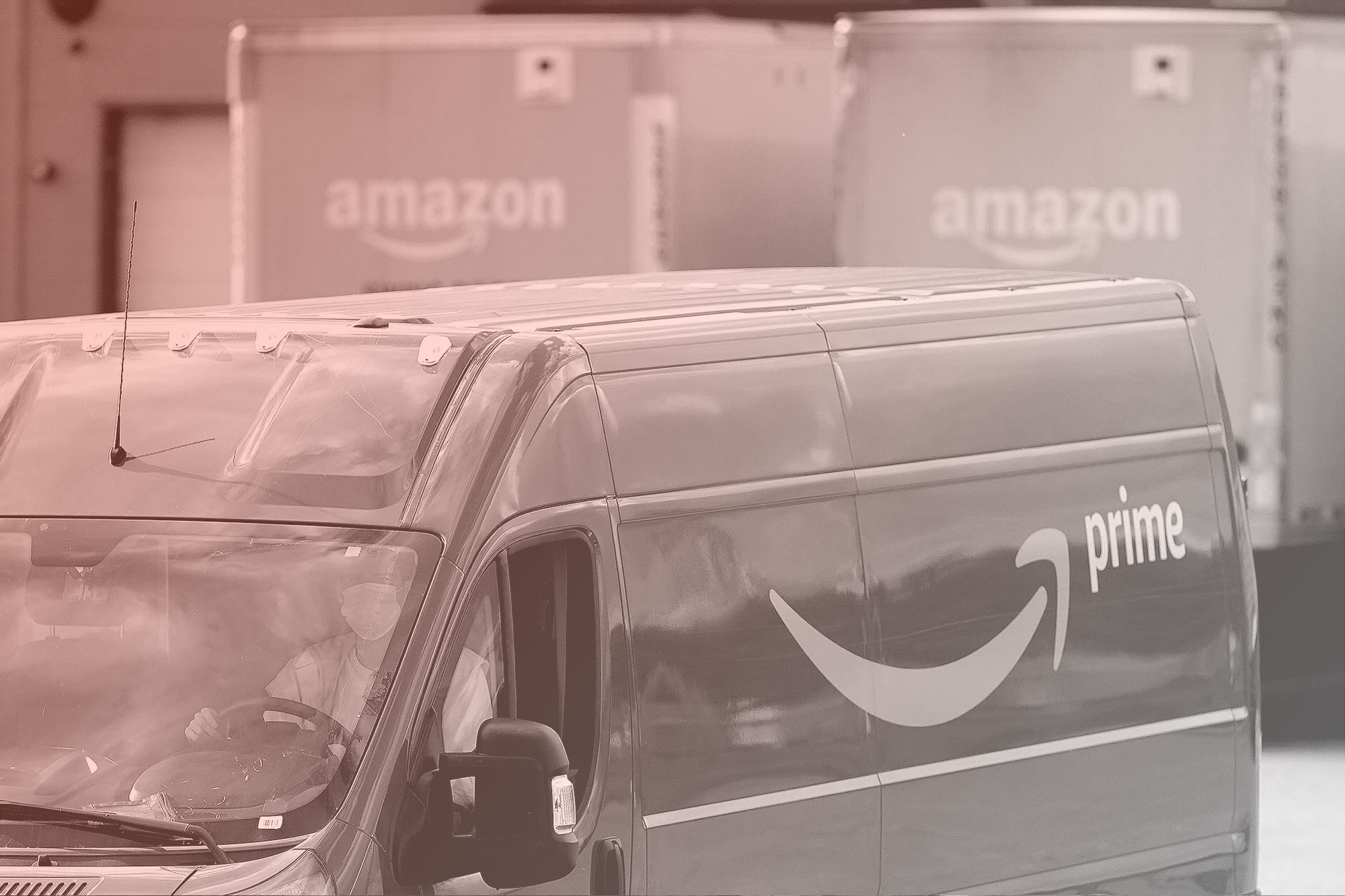 Last week, European Union regulators filed antitrust charges against Amazon. U.S. regulators may not be far behind. Earlier this year, the Federal Trade Commission partnered with state attorneys general to investigate Amazon’s online Marketplace, and the company is reportedly also the subject of an inquiry by the Washington state Attorney General’s Office. Joe Biden’s victory portends greater scrutiny of Amazon and Big Tech starting in 2021.

But what exactly is Amazon supposed to have done wrong? And what could happen to the company if the accusations stick?

Amazon is a heavyweight in many industries, but the company’s dominance is most visible in the realm of e-commerce. When U.S. shoppers search for products online, they tend to start with Amazon — and end there. According to the House Judiciary Committee’s report on competition in digital markets released last month: “Although Amazon is frequently described as controlling about 40% of U.S. online retail sales, this market share is likely understated, and estimates of about 50% or higher are more credible.” For many businesses, selling through Amazon’s Marketplace has become a near necessity to reach potential customers. A 2020 survey estimates that Amazon is the sole source of income for 37% of its third-party sellers worldwide.

This is the fifth column in a series on antitrust and Amazon. Read parts one, two, three, and four.

The largest constellation of complaints about Amazon centers on how it treats these sellers. For one thing, Amazon prides itself on being the cheapest place on the internet. Do your wares appear elsewhere than Amazon for even a smidge less? Amazon just removed the “Buy Now” and “Add to Cart” buttons from your listings, forcing customers to go through additional, less intuitive steps to make a purchase. Want to sell through Amazon Prime or win the coveted Buy Box, which makes you the default seller for a particular product? Better sign up for Fulfillment by Amazon and pay up for warehouse space and shipping services. Want your stuff to appear prominently in search results? It’s time to start buying ads. Did Amazon’s algorithm suspend your account or delist your products for no reason you can fathom? The dispute resolution system is opaque and unreliable, but you can pay extra for a dedicated account representative to help you out. And if you do really well, Amazon might use your data to launch its own nearly identical products, which somehow seem to stay just a little cheaper and a little more featured than yours. The rules are always shifting and the house always wins.

Some of these complaints aren’t only about squeezing sellers. They’re also about Amazon leveraging dominance in one industry — its online seller platform — to gain what might be considered unfair advantages in others — in this case, logistics and retailing its own product lines. In a similar vein, Amazon’s command of e-commerce and its lucrative cloud computing business, Amazon Web Services, give the company extremely deep pockets. Amazon can afford to sustain losses in newer ventures indefinitely, enabling the practice of predatory pricing: Competitors may be driven out of business or absorbed, not because their offerings are inferior, but because they can’t survive a price war with the richest man in the universe.

Amazon Web Services, the single largest cloud infrastructure provider, with a third of the market, has also come under fire. By copying, integrating and monetizing open-source software developed by other companies, Amazon forestalls the growth of independent rivals. Software developers increasingly find themselves in a position similar to third-party sellers: Work with and through Amazon, on Amazon’s terms, or don’t work at all.

In last week’s column I described how antitrust thinking narrowed in the late 1970s to a single-minded focus on “consumer welfare.” None of the above practices obviously raise prices for consumers. However, it’s easy to see potential impacts on product quality and variety. Most people don’t have all day to sift through pages of search results; they buy what floats to the top. Amazon’s rules mean that sellers who purchase ads and pay to use Amazon’s logistics have an edge over those that merely offer a great product. Where Amazon is truly dominant, as in the book business, it has little incentive to weed out counterfeits. Software innovation may suffer, too, as investors see little point in backing new ventures that will never stand a chance against the behemoth.

More energetic antitrust enforcement may yield admonishments for some of these behaviors. The European Union case could hit Amazon with massive fines over its use of data on third-party sellers. But here in the U.S., after decades of permissive interpretation of antitrust laws, holding Amazon to account will likely require new action from lawmakers. Congress will have to overhaul the enforcement agencies and strengthen and clarify the intent of the laws. This could mean adopting a conception of consumer welfare that goes beyond price; taking into account impacts on other actors, such as third-party sellers and nascent competitors; and broadening the scope of antitrust to focus not only on demonstrable outcomes, but also on market structure and the competitive process.

As we saw in surveying the antitrust views of the contenders in the 1912 presidential election, there’s more than one way to skin the cat of concentrated economic power. One approach is to maintain competition: Bust up entities that get too big, crack down on predatory pricing and other behavior that unfairly squashes competitors, and deny mergers that would result in dominant market share or conflicts of interest. Another approach is to accept monopoly or oligopoly as inevitable or desirable, and regulate it so that a dominant firm cannot exploit its power — or, more radically, move an industry from private to public ownership and control.

For a multifaceted corporation like Amazon, these two approaches are not mutually exclusive, and the recommendations in the House Judiciary Committee report span both.

New legislation could aim to restore competition. Most dramatically, structural separations and line of business restrictions could prohibit a dominant firm that provides services to businesses from operating in adjacent markets where it competes with those same businesses. This could lead to splitting up Amazon’s Marketplace, private product lines, logistics business and Amazon Web Services into separately owned or at least separately operating businesses. Antitrust laws could also be strengthened so that mergers and acquisitions are presumed anticompetitive, placing the burden of proof on the corporation to show that potential combinations are in the public interest. Such routine scrutiny might, for example, have prevented Amazon’s acquisition of Whole Foods. Stricter rules against predatory pricing could have far-reaching impacts, too. For one, they could end the bundling of music and videostreaming services into Amazon’s Prime membership on the grounds that this undermines any viable economic model for these industries and the artists that sustain them.

But several of Amazon’s enterprises — its Marketplace, fulfillment and delivery services, and AWS — have at least some characteristics of natural monopolies. One can argue that, like a railroad network or an electric power grid, they constitute basic infrastructure; due to network effects and spatial constraints, competition between multiple providers is ultimately duplicative and inefficient. In this case, what’s needed are rules to ensure open and fair access to this infrastructure. New regulations could, for example, prevent Amazon from engaging in preferential or discriminatory treatment of third-party sellers in its Marketplace; and due process protections could provide recourse for businesses and individuals who feel they’ve been dealt with unfairly.

These are only some of the ways a new movement to tackle monopoly power could touch Amazon. If even a few come to pass, it will mark a sharp departure from the antitrust paradigm of the past 40-odd years. The megacorporation that has defined our city and, increasingly, our age — a company that is used to writing its own rules and whose modus operandi since its early days in a Bellevue garage has been one of relentless, seemingly limitless expansion — could be radically reshaped. Or, if things go differently, Amazon could escape largely unscathed. One thing is certain: We’re still at the very beginning of a public debate about concentrated economic power, the actions governments can take to address it and the consequences for all of us — as consumers, as workers, as business owners, as entrepreneurs, as human beings and as participants in an aspiringly democratic society.


(Disclosure: The organization the author works for, the Transit Riders Union, is a member of a coalition that opposes Amazon on many issues, including antitrust.)