The pandemic economy demands new revenue. Legislators have an opportunity to finally do what they’ve talked about for years and tax the rich. 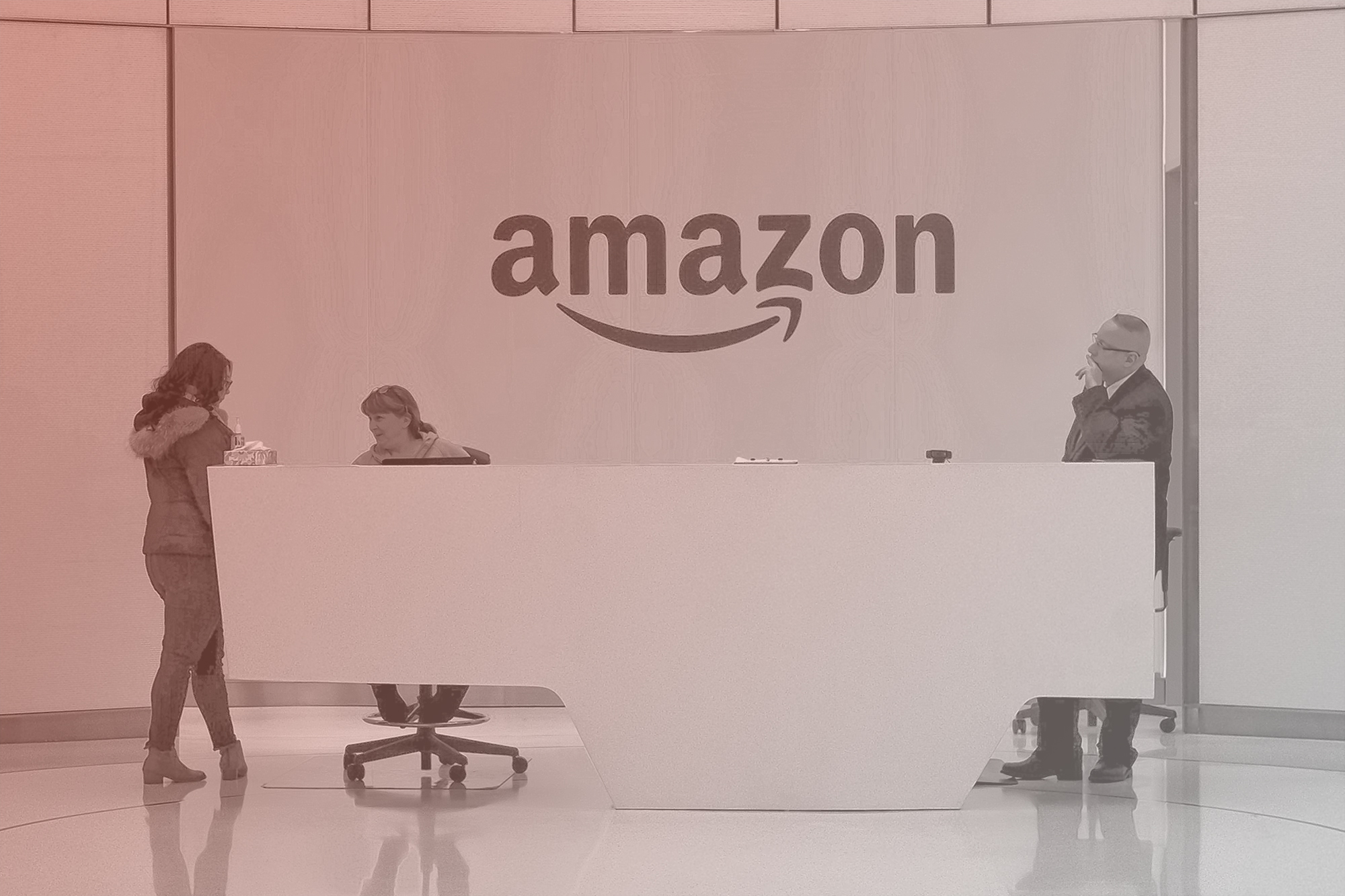 Last week, I reviewed the federal government’s response to the COVID-19 recession so far, and argued that Robin Hood would have made a pretty good economist. Not only is shifting wealth from the rich to the poor just, it’s also smart. If we don’t do it, the economy will likely stay stuck in a rut for the foreseeable future.

These days, Robin Hood wouldn’t necessarily be out in left field with the socialists, either. More and more “mainstream” economists are thinking this way. It’s a sea change from a decade ago, when the profession was busy rubber-stamping lawmakers’ embrace of “austerity” budget cuts in the wake of the Great Recession. Since then, many economists have had to acknowledge the harm that approach caused, not only to struggling households, but to the economy as a whole. New voices have come to the fore: dusting off Keynesian arguments, singing the praises of stimulus, writing paeans to public initiative and investment.

When the pandemic hit and the global economy cliff-jumped into a new recession, it was time to put these ideas to work. Last July, the Roosevelt Institute, a liberal think tank, issued a brief urging states and localities to “move quickly to stave off cuts and expand services and employment by raising revenue progressively.” Here in Seattle we were already one step ahead. Our city council had just approved a pathbreaking law to fund COVID-19 economic relief, affordable housing and more through a graduated tax on large corporations with high-salary employees.

Now, with the legislative session in full swing in Olympia, it’s state lawmakers’ turn to step up. The Washington State Budget & Policy Center has done the math. Using the Regional Economic Models Inc. model, an industry standard, the center estimated the statewide impact of raising $3 billion annually in new progressive revenue for community investments. This infusion would create nearly 66,000 new jobs next year, over half of them in the private sector. It would boost consumer spending by nearly $4 billion, and state gross domestic product by nearly $6 billion.

What if state lawmakers settle for budget cuts instead? That would have the opposite effect, killing jobs, depressing consumer spending and shrinking the economy.

Andy Nicholas, senior fellow at the Budget & Policy Center, says none of this should be surprising: “When you invest in teachers and nurses, they go out and buy things. The local hardware store doesn’t care where the customer gets their money from, they just want to sell things to people. What small businesses really need right now is customers.”

Common sense it may be, but a different attitude has reigned in Olympia for a very long time. Washington has a revenue problem that predates the pandemic and the Great Recession — the most regressive tax system in the nation, taxing the poor at rates six times higher than the rich, coupled with a laundry list of underfunded big ticket items, from education and mental health services to affordable housing and child care. Of course, these are two sides of the same coin. Our state can’t adequately fund public goods so long as it dramatically undertaxes the wealthy corporations and individuals who are hoarding all the cash.

Today, the pandemic public health emergency and a deep economic downturn have piled new needs on top of long-standing ones. Can the urgency of this moment break the logjam? Or will inertia and moneyed interests prevail?

State Rep. Noel Frame, D-Seattle, is hopeful. She chairs the House Finance Committee and co-chairs a bipartisan Tax Structure Work Group, which is developing proposals to revamp Washington’s tax code. Frame believes that a tax on capital gains, discussed without action for a decade now, will finally cross the finish line this year. Senate Bill 5096, based on a proposal Gov. Jay Inslee unveiled in December, is now winding its way through the Senate. The tax would impact fewer than 2% of Washington households and raise on the order of $1 billion annually starting in 2023.

If lawmakers are fishing for excuses for inaction, they can’t complain about insufficient ideas. Groups including the Balance Our Tax Code coalition and the Economic Opportunity Institute have developed an extensive menu of progressive revenue options, over and above a capital gains tax. The state could enact a corporate compensation tax similar to Seattle’s measure. It could bump up the estate tax, which kicks in when a wealthy Washingtonian kicks the bucket; and it could add an inheritance tax, for when privileged residents inherit wealth from out-of-state relatives. Excise tax rates on high-end real estate transactions could be raised. Loopholes, such as the one exempting investment income from the Business & Occupation Tax, could be closed. And how about taxing the income or the wealth of the very rich? The COVID-19 pandemic has been kind to our state’s growing ranks of millionaires and billionaires. It’s a good moment for some Robin Hood action.

Lawmakers may be frightened off by the political and legal obstacles to a tax based on income, but the wealth tax idea is gaining some traction. Our state already taxes “real” property — the value of land and buildings — to the hilt. “One’s own home has been the primary tool of wealth building for middle class through the history of the nation,” says Frame. “Why are we taxing the main tool of middle-class wealth building, but we’re not taxing any of the tools that are used for wealth building for billionaires?”

Last week, Frame co-introduced House Bill 1406, which would impose a 1% tax on intangible financial property: cash and cash equivalents and financial investments like stocks and bonds. If your mind just wandered to your little pile of GameStop stock, you can stop worrying, because your first billion dollars in assets is exempt. Seriously, this is a tax on the disgustingly rich. The state Department of Revenue estimates that HB 1406 would affect fewer than 100 taxpayers in Washington state, and still raise an astonishing $2.25 billion in its first year.

But none of this is a slam dunk, and we shouldn’t underestimate the opposition. The first public hearing on the capital gains tax proposal was a who’s who of industry lobby groups and right-leaning think tanks, from the Association of Washington Business and the National Association of Insurance and Financial Advisors to the Washington Policy Center and the National Taxpayers Union Foundation. Did you know Washington has both a Cattle Feeders Association and a Cattlemen’s Association? Neither did I, but both turned out.

The rich and powerful hold a lot of sway in Olympia, as they do in state politics across the country. Of course, lawmakers won’t come out and say: Wealthy donors contribute to my campaign fund to stop bills like this. I can’t let them down. But they’ll have excuses. Some will argue that taxing wealthy individuals and corporations will stifle economic growth, others that we don’t need new revenue because federal aid will save us. Will the obstructionists prevail? At this point, that’s anyone’s guess.

Whatever tax reform advocates win this year, much more work lies ahead. Freshman state Rep. Kirsten Harris-Talley, D-Seattle, a member of the House Finance Committee, believes that action this year will mark the beginning of a larger shift, much bigger than merely digging out of a recession. “I don’t say recovery, I say economic transformation,” she says. “What we had before wasn’t serving most of us.”

Harris-Talley sees hopeful signs that many of her colleagues understand this. Even Democrats in swing districts are engaging constructively in conversations about the harm caused by our upside-down tax system, she says. The Legislature is also changing in historic ways, with record numbers of Black members and members of color this year (nearly all Democrats); and other firsts, like Rep. Tarra Simmons, D-Bremerton, who may be the first formerly incarcerated state legislator in the nation. Still, too many people, including legislators, seem to think everything will be fine if we can somehow just go back to the way things were.

“It’s obvious that nothing is fine, and quite frankly for a lot of us we knew nothing was fine in the before times,” says Harris-Talley. “Every system has been pushed so to the limit. Folks want action, and they want action that’s going to make their everyday lives better."