If you’re under 65, don’t hesitate to vaccinate against COVID-19

I am a 34-year-old open-heart surgery survivor who got the vaccine as part of a science experiment. I don’t regret it. 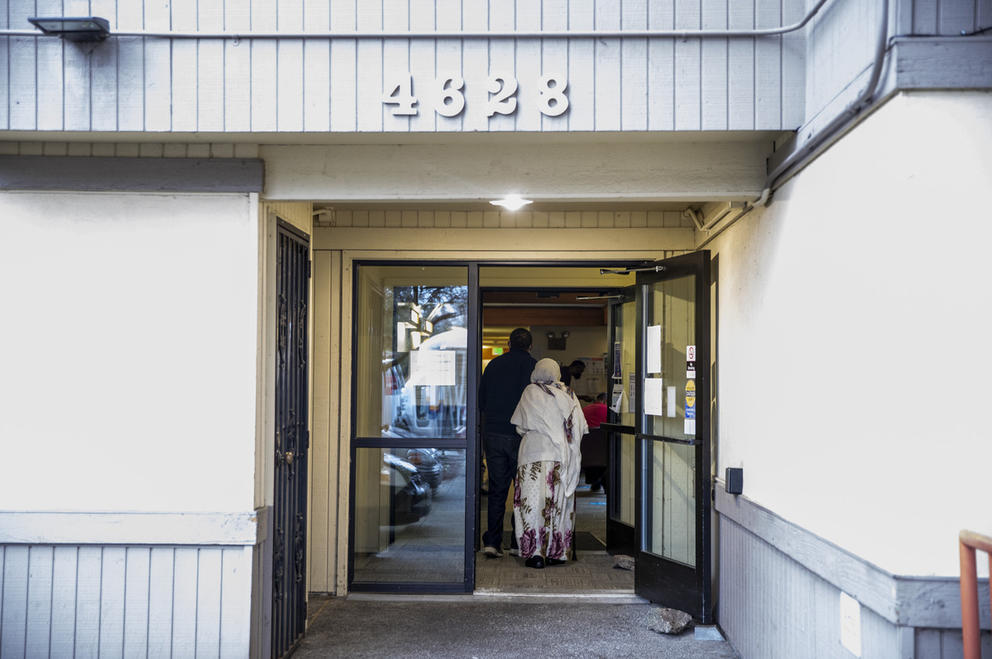 I smiled when the thermometer read 102 degrees.

That morning in December, after poring over a pile of paperwork and signing my name a half-dozen times, I had received my first dose of AstraZeneca’s COVID-19 vaccine as part of the Fred Hutchinson Cancer Research Center’s Phase 3 clinical trial. A sore arm was the first hint that I didn’t get the placebo, as one out of three in the study did, but I wasn’t sure.

Then a wave of exhaustion hit, sending me to bed almost as soon as I got home. I woke up in the middle of the night with chills, fell back asleep and woke up again feeling hot. From what I had read, a short fever was a normal consequence of AstraZeneca’s first dose, so I reached for the thermometer, which confirmed with a beep this was almost certainly a vaccine side effect: 102. As I stared at those three digits, I imagined everything from hugging my parents again to riding the ferry after a Seattle Sounders match, surrounded by fans in scarves. Anticipation could once again find a foothold in my heart.

That’s what I’ve been telling everyone who will listen: Vaccines aren’t just about protection from COVID-19; they’re about hope for an end to all this. And I’ve been annoyingly cheerleader-y about it because I know that younger people need to be hearing enthusiastic stories about the vaccine now — even though most can’t access it — so that we’re ready to pounce once it’s widely available. Because as it stands, not enough of us are excited to get our shots.

Our sample size for that polling was relatively small — only 408 registered voters — but other polls paint similarly concerning pictures. Longitudinal Gallup data, for example, show that COVID-19 vaccine willingness has increased among Americans over age 65, from 68% last July to 74% most recently. But across that same period, vaccine willingness among younger generations appears to have actually dipped slightly, from 68% to 66% among people under 45, and from 62% to 58% among 45- to 64-year-olds.

More worryingly, a study published in JAMA found that vaccine willingness actually declined across all age groups between last April and December, although it still ended up at almost 70% among people over 65.

Different data sets tell slightly different stories, but all show this: We’ve got a vaccine hesitancy problem that’s worse among the young than the old. And the mark we may need to hit for herd immunity — 85% of the population inoculated — is almost exactly the percentage of people in the state who are under age 65.

One issue, as Dr. Judith Wasserheit, chair of the University of Washington global health department and co-director the UW Alliance for Pandemic Preparedness, tells me, is that young people have been getting mixed signals during the initial vaccine rollout.

“There’s been the message that, first and foremost, we should vaccinate older people and health care workers, which are appropriate messages,” she says. “The flip side is that it’s easy for younger people to take that to mean it’s OK if they wait to get immunized.”

But there are several reasons why young people should jump at the chance to get vaccinated the moment we’re eligible: We aren’t immune from COVID-19, which means some of us do get serious illness. We are still vectors for the disease to reach older and more vulnerable people. Perhaps most urgently, if we wait to get vaccinated, the virus gets time to mutate into new and more vexing strains, like the British and South African variants that are already spreading.

“If we can shut down the pandemic sooner, then that reduces the risk of that happening,” says Wasserheit, “and, conversely, if we don’t do that and more variants emerge, it will likely extend the pandemic for many months. And I don’t think anybody wants that.”

That means people outside that 65-plus category are going to play a crucial role in how quickly normal life resumes. If we act fast when we are able to be vaccinated, we can return to restaurants, gyms, theaters and all the other beautiful, sweaty places where we used to congregate. (I, for one, would like to see another Seattle Storm home game in my lifetime.) And if we delay — well, please don’t delay. I’m sick of Zoom calls, and takeout french fries just aren’t cutting it.

More seriously, I don’t want to lose any more loved ones to COVID.

I asked Dr. Umair Shah, the newly appointed head of the Washington State Department of Health, what plans are in place to persuade a younger general public to get the vaccine. He said the department has “already developed messaging and are continuing to evolve that messaging.”

Right now, he says, the message is one of patience borne out of limited supply. But soon the loudest public health message will be, “When it’s your turn, don’t hesitate, vaccinate.” And even though it seems unimaginable now, there will come a point when Washington has ample vaccine. Dr. Shah says the state is preparing to make sure as much of that future supply gets used as possible, and that private partners can help not just with logistics, but with incentives, like Safeway coupons.

“There’s this real down-the-road messaging that our team is continuing to work on with partners and others, which is: What does this look like when you have vaccine in the supply, and you don’t have enough people that are recognizing that they, too, should be vaccinated?” he says.

Part of the challenge, as both experts I talked to for this column agree, is that younger people are less likely to listen to, well, “gray-haired docs like me,” as Wasserheit jokingly puts it. Dr. Shah understands he can tell people to “eat an apple a day” and some will listen, but that Russell Wilson could make apples fly off produce racks if he gave the same advice.

“This is where it’s really about trusted messages and trusted messengers, and both go hand in hand,” says Shah.

That, then, has become a key part of the state’s strategy while we wait for more vaccine: recruiting a diverse group of messengers who can reach not just young people more broadly, but any group in Washington that is more hesitant, like Black and Latino communities. People will often trust peers more than public officials when it comes to the vaccine.

And although I’m no Seahawks quarterback, I am a 34-year-old, open-heart surgery survivor who (almost certainly) got a COVID-19 vaccine as part of a large-scale science experiment — and I’m fine. My fever subsided after 24 hours, and the only side effect from my second shot was a sore arm. I’m also a case study in how we can chip away at vaccine hesitancy: By talking about my experience, I persuaded three family members to enroll in clinical trials, and made others feel more eager to get their shots right away.

That’s what it’s going to take to end this: Not just vaccines in freezers, but conversations with friends — honest talks about the generally mild side effects of the injections, but, most important, about what they will allow us to do. And we need to have those conversations now, so that younger Washingtonians don’t hesitate. COVID-19 won’t wait for us to make up our minds.