State lawmakers have an opportunity to finally and fundamentally restructure our unjust tax code. They must seize it. 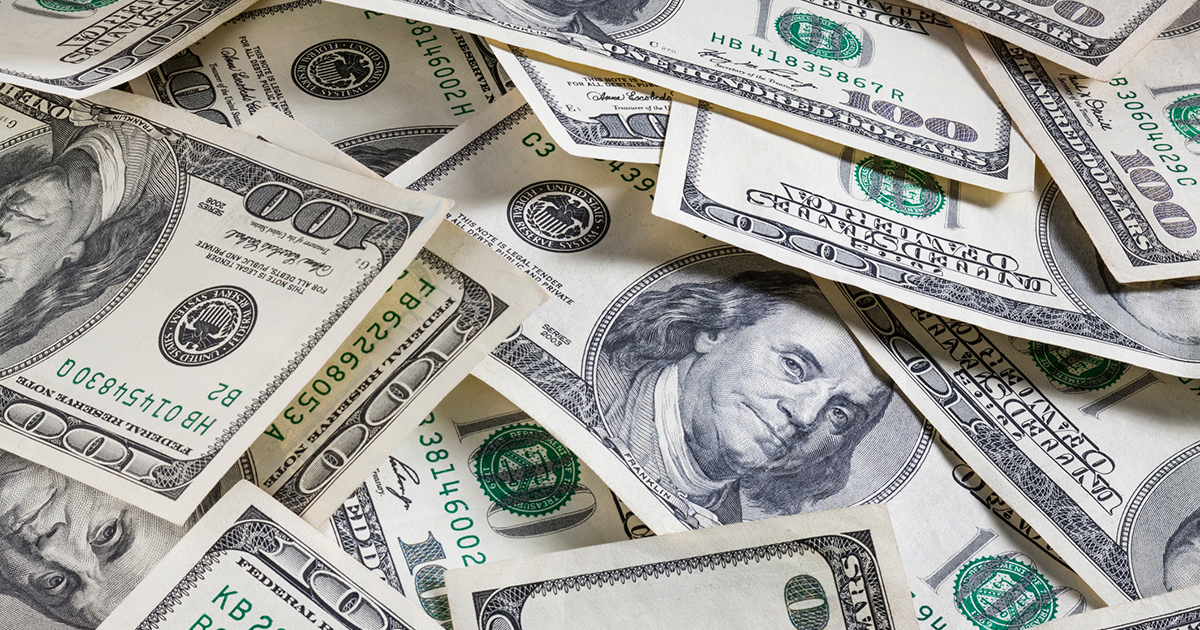 I don’t like thinking about my mom dying. There are few people on this planet I am closer to. But lately I’ve had to think about her death because I recently learned about an enormous amount of wealth I will inherit from her when she passes.

Thirty years ago, I was born in Sammamish, Washington — one of the richest cities in the country. Living alongside wealth, I learned it’s relative. Our one-story rambler with rust-colored carpets was not as fancy as a lot of neighboring big houses, but it was nicer than many houses in other parts of the region. My parents got it in 1990 as a foreclosure, which meant there was little down payment; neither of them had inherited wealth to start off with. We had two cars, went on skiing vacations and took private piano lessons.

My sisters and I never had an allowance like many Sammamish kids, but my mom used to pay us $10 for every book over 200 pages we read during the summer. She would deduct those earnings from what we were allowed to spend when we went shopping for school clothes at discount stores like Ross and Marshall’s. We each had our own rooms furnished with garage sale discoveries. I never missed a dentist appointment, and my parents never hesitated if I needed to see the pediatrician, even for a minor health concern. We were an upper-middle-class family.

I also enjoyed the public benefits of living amid wealth: excellent public schools, a well-resourced public library, enormous and safe public parks. I had the economic stability to take risks and dream big. I never had to play it safe. If I failed, I knew I had a safety net that would catch me. While most of my friends and young adults make life decisions based on whether they can afford next month’s rent, I’ve had the privilege of choosing to travel, taking unpaid opportunities that advanced my career and studying what interested me (philosophy and public policy) instead of what I knew would secure a job.

My parents divorced when I was 9 years old. At that point, my mom transitioned from a part-time to a full-time personal injury lawyer, supporting her three children and keeping the house my sisters and I grew up in. It was only recently that my family accumulated millions of dollars. The money arrived by way of enormous victories in the courtroom my mom secured fighting for ordinary people who were hurt or killed by the wrongdoing and negligence of others.

Because of this accumulated wealth, I am now debt-free with a graduate degree. Most estate inheritors are products of multigenerational wealth. Money, I’m learning, begets more money, compounding wealth. Had I grown up poor, we would never have been able to accumulate enough to make an estate. While the pandemic has ruined the lives of millions of people, I have not once had to worry about whether I can afford my housing. I am able to pay for therapy without concern that the cost will eat into my budget for basic needs. I am safe, healthy and secure. I didn’t work hard to earn this security. I was just born into a family that became wealthy.

While I am new to having wealth, the suddenness of it all has made me consider more deeply the moral obligations I have to my community as someone living with abundance while so many live in scarcity. Right now, Washingtonians with the lowest incomes pay six times more of their income in state and local taxes than the wealthiest. The upside down nature of Washington’s tax code is unjust. It makes no sense for people like me to hoard wealth from others when we could be helping the communities we are all a part of. It’s really that simple.

The Washington state that I grew up in is one I’ve always thought of and described as compassionate. We strive to take care of one another, and we feel responsible to each other. But our tax code is incompatible with those values. The pandemic has thrown into stark relief the ways in which we have yet to live up to these promises. Workers already making the lowest wages were suddenly deemed “heroes” — thrust into high-risk work environments like sacrificial lambs. Kroger, whose profits soared by 90% during the first half of 2020, is closing two stores after the city mandated that grocery retailers compensate workers with $4-per-hour hazard pay (Kroger had already cut short a $2-per-hour “Hero Pay” to its workers in May). Before the pandemic, Washington had the fifth highest rate of homelessness in the country, and now an “eviction tsunami” threatens to put tens of thousands at risk of losing their homes. Amazon stole tips from drivers — who do not receive health care, overtime, worker’s compensation or other basic employee benefits — while the wealth of its outgoing CEO Jeff Bezos ballooned from $113 billion to $182 billion in the last nine months of 2020 (a 61% increase). Other Washington billionaires who were top wealth gainers include Bill Gates ($98 billion to $119 billion) and Steve Ballmer ($53 billion to $73 billion). Executive billionaires remain protected in their homes as their bank accounts flourish, while our most at-risk neighbors beg for basic needs like fair wages, protection from eviction and affordable housing. These inequities and abuses of power do not exemplify a compassionate society. But Washington has an opportunity to correct these failures.

It’s in this context that the Washington state Legislature has considered and voted out of committees legislation to finally and fundamentally restructure our tax code. Lawmakers are considering a couple versions of a capital gains tax (Senate Bill 5096 and House Bill 1496), a working families tax credit (HB 1297 and SB 5387), a tax on extraordinary wealth over $1 billion  (HB 1406) and an anti-displacement property tax exemption to help alleviate the racist effects of gentrification.

On top of all that, the Legislature is even considering reforms to our estate tax (HB 1465), which I myself would have to pay — and I think it’s long past due. If passed, 10% of the taxes on my estate would go toward the Equity in Housing Fund, which would provide critical aid like foreclosure prevention, rental assistance, housing services and behavioral health care. Everything about that outcome has a positive effect on my community.

I live on Capitol Hill, once a hub of affordable housing for artists and a sanctuary for Seattle’s queer community. Now blocks of luxury apartments dominate the neighborhood, cutting first-month-free deals to tech employees who don’t need it. If my paying more in taxes can help fix this inequity, then tax me more. That wouldn’t negatively impact me, as some would claim. Paying my share of taxes on my inherited wealth will improve my life because it supports my community. If the pandemic has shown us anything, it’s that we have to do more to take care of each other than we’ve been led to believe. Our shared needs are greater than any one person’s, and I am responsible for contributing toward what is necessary for the community. The network of people I owe extends far beyond myself, my family and my inner circle. It’s important that my legislators — state Rep. Nicole Macri, Rep. Frank Chopp and Sen. Jamie Pedersen, all very important caucus leaders — hear this and act swiftly; it is their mandate and moral responsibility to do so.

I often tell people that my mom worked hard to support her children. I am so proud of her. At the same time, there are single moms who also work hard — who juggle multiple jobs and still don’t accumulate enough income to cover the essentials of food, shelter and health care. My life does not drastically improve with more wealth beyond what is necessary to meet my basic needs. If anything, it quickly plateaus, then starts to dip. I, and other people with access to large amounts of wealth, owe it to our community to pay our share in taxes so that everyone has an opportunity to thrive in our state. 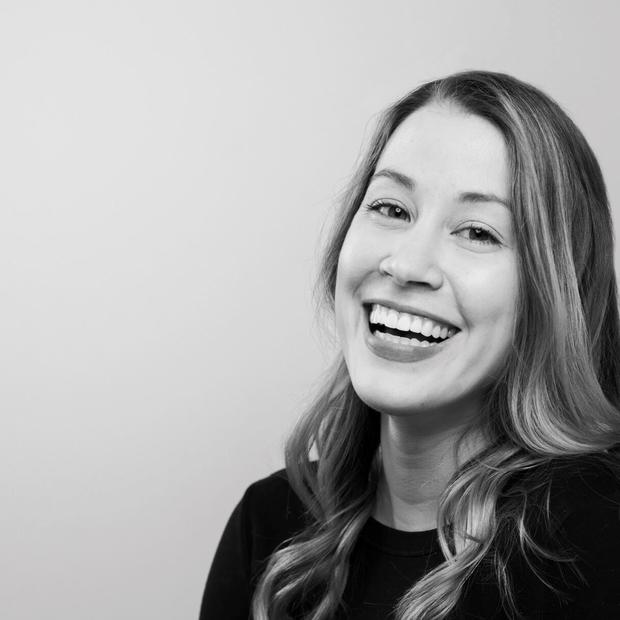 Alysha Fung Koehler is a born and raised resident of Washington state, a writer, and civil rights advocate.