Don't listen to the haters: From protecting workers to progressive revenue, the council is getting a lot right. 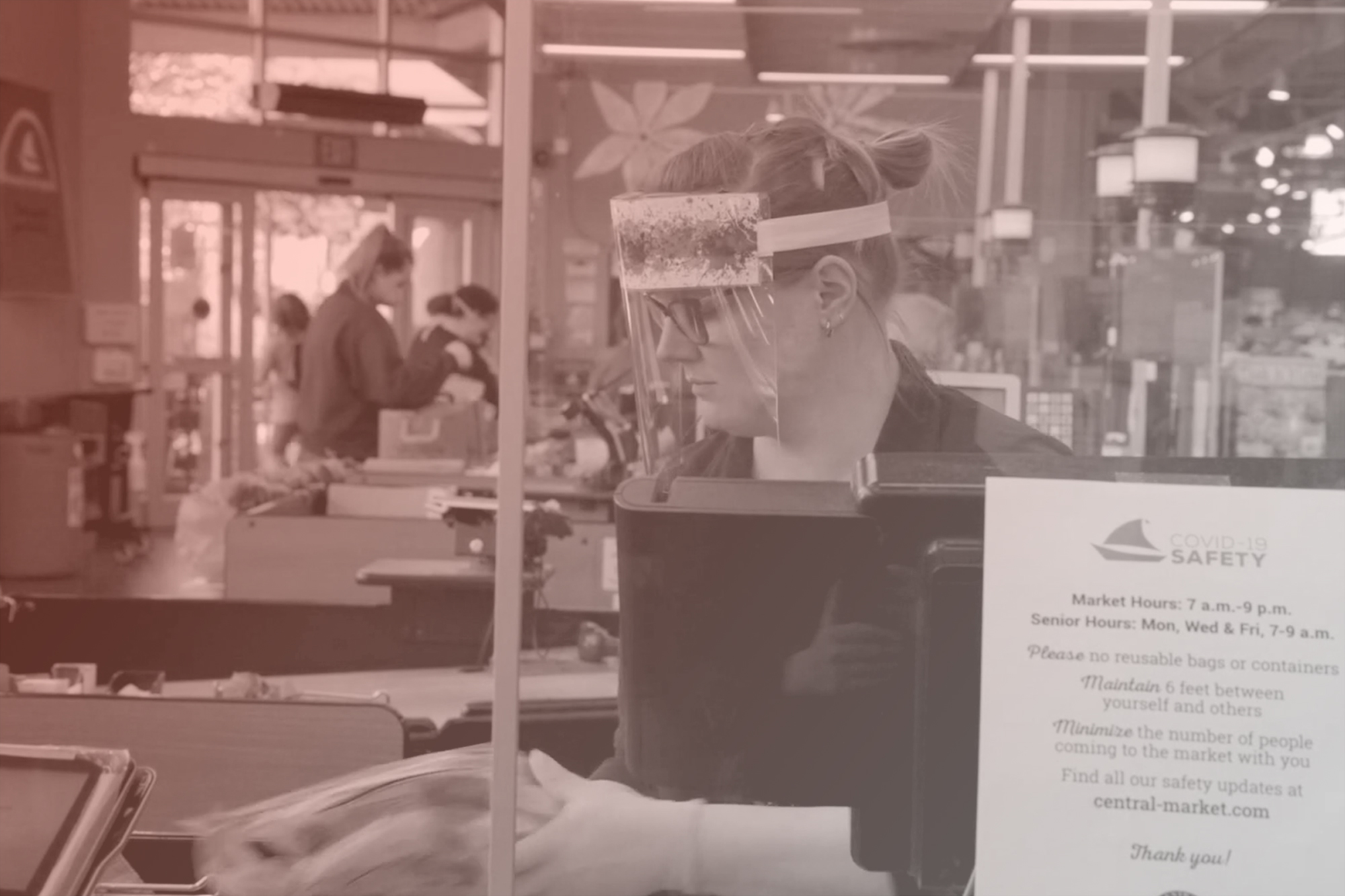 Back in December, I predicted that this year would be one of sloppy economic thinking and gratuitous mudslinging at the Seattle City Council. So far, 2021 hasn’t disappointed. From Seattle Times columnist Jon Talton to former-councilmember-turned-political-operative Tim Burgess, the forces intent on electing a mayor and citywide councilmembers deferential to corporate interests are dutifully beating the drum.

I don’t make a habit of praising people in office. My day job often involves criticizing elected officials, including Seattle councilmembers, from the left. But as they’re set to be pummeled mercilessly from the right all the way through to Nov. 2, I figure someone needs to show them some love and knock down the flimsy arguments of their detractors. So here it is: Three cheers for the Seattle City Council!

Since the start of the COVID-19 pandemic, the Seattle City Council has taken action after action to support the low-wage workers risking their health and their lives to keep our city’s economy going: mandating sick leave for gig workers and hazard pay for food delivery app drivers; approving Mayor Durkan’s “Fare Share” minimum wage law for Uber and Lyft drivers; and, in January, boosting grocery worker hazard pay to $4 an hour.

In that last move, Seattle follows several California cities, but Talton apparently feels we’ve gone too far. Citing no evidence, he says Seattle grocery stores will likely pass costs on to consumers and may even close stores or lay off workers. All this, despite the quote in his own column from the president of the Washington Food Industry Association, saying grocery stores will not increase prices; they may scale back charitable contributions. The grocery industry, which has seen “eye-popping” profits during the pandemic, is all but admitting we can totally afford this — but nope, Talton knows better.

What really gets my goat? Even after the hazard pay, you can bet Talton makes a lot more money for his unconsidered opinions than his Safeway cashier does for spending all day in breathing range of an endless parade of customers, not all of them properly masked up.

A few days after Talton’s column ran, reality stepped in with its own verdict. Trader Joe’s announced that it would bump hazard pay up to $4 an hour, not just in Seattle but nationwide. (A letter to employees noted that a much smaller mid-year raise would be canceled.) Effective Feb. 1, that’s a $2 an hour raise for some 10,000 low-wage grocery workers from Everett to Atlanta. Not a bad day’s work for the Seattle City Council.

When the pandemic began, the Centers for Disease Control and Prevention issued guidance that unsheltered homeless people should be left in place unless they could be offered “individual housing.” (Would you like to sleep in an indoor space with dozens of strangers right now?) Against this guidance, and despite the city’s own claim that camp removals were suspended save for extreme circumstances, Mayor Durkan continued large-scale sweeps last year. Disturbed by the inhumanity of this practice, as well as its ineffectiveness given the gross insufficiency of safe shelter space, councilmembers intervened. The council ultimately defunded the troubled Navigation Team and, last fall, reached a compromise with the mayor on a new approach to camp outreach. (The police, it should be said, have also continued sweeps.)

Competing with Talton for the I-know-better-than-the-experts crown is Tim Burgess, who recently called the defunct Navigation Team successful, despite the fact that outreach providers who spent years working on the team strongly supported its dismantling. He blames the proliferation of encampments on the Seattle City Council’s “laissez faire approach” and an inefficient deployment of resources.

Burgess believes the city should provide “truly on-demand treatment for those with substance-abuse disorder or mental-health challenges.” Such services, woefully inadequate, are currently run through the county and state. He acknowledges, in passing, the importance of a “housing first” approach, since without stability and safety, overcoming addiction and improving mental health are nearly impossible. Here’s the kicker: Burgess insists that taking on this new and astronomically expensive area of work and housing people is “doable with a reallocation of existing city funds.” This is an astounding claim, contradicted by mountains of evidence, including McKinsey’s 2020 report on the homelessness crisis and the Third Door Coalition’s cost estimates for creating permanent supportive housing at scale.

To make such hand-waving remotely plausible, Burgess needs examples of jurisdictions that have demonstrated success where Seattle is failing. He names three: Bakersfield-Kern County, CA, Bergen County, NJ, and Abilene, TX, which have all nearly eliminated chronic homelessness. There’s a model out there, why doesn’t Seattle just follow it?

For comparison, the 2020 point-in-time count found 3,738 unsheltered homeless people in Seattle and 3,355 chronically homeless people in King County. The report doesn’t break down chronic homelessness geographically, but a little math suggests that Seattle’s population is probably around 2,400. Tell me again how we can be like Abilene?

It’s also worth noting that the program these jurisdictions participated in to achieve their results does not advocate sweeping people. It’s centered around getting to know every single homeless person by name and figuring out individualized approaches to their unique situations, moving them into housing and patiently addressing their needs. I’m guessing it helps to have an ample supply of affordable housing. Abilene, sweet Abilene, where Craigslist tells me you can rent a 3-bedroom apartment for $595.

This is not to pooh-pooh the achievement of these jurisdictions, or to suggest that Seattle’s case is hopeless, or even that we have nothing to learn from smaller cities. But the homelessness crisis here and in many other large urban areas results from an importantly different constellation of forces and exists at a wholly different scale. To claim that Seattle’s problem can be solved with better data and resource management and “tough love” is to argue extremely in bad faith. If we want to dramatically reduce homelessness, we have to grapple with our own reality.

The Seattle City Council began to do just that last year, by enacting a major new source of progressive revenue: the “Jumpstart Seattle” tax on big business. After some back-and-forth with the mayor over a spending plan, they directed $24 million to immediate housing stability investments, including rent relief and expanding shelter capacity. Revenue from the tax also kept the city’s 2021 budget more or less whole, overcoming deep recessionary shortfalls; the council averted a budget bloodbath that could have meant cuts to housing, shelter and services. Longer term, the bulk of the funds will go toward addressing the primary cause of the homelessness crisis: our region’s severe, growth-driven shortage of affordable housing.

Three of the new laws mentioned above are subject to lawsuits. The Washington Food Industry Association and Instacart sued the city over hazard pay for food delivery gig workers. WFIA did the same last week over the grocery worker raise, this time joined by the Northwest Grocery Association. The Seattle Metropolitan Chamber of Commerce sued over the big business tax. This happens routinely whenever the city angers big business, big landlords and the powerful lobby groups that represent them. Seattle usually wins.

Why do these groups sue, if they usually lose? For one thing, because they can; they have deep pockets, so even a slim chance of victory is worth pursuing. But they have other reasons, too. Lawsuits can be a delay tactic, making it riskier to implement a law and opening space for political maneuvering. They can also be used as a fear tactic to deter smaller cities that may be considering similar laws but can’t afford a legal fight.

This makes it all the more important that larger, progressive cities like Seattle forge ahead and take on that legal risk and cost. Pushing the envelope with legislation that provokes lawsuits is part of progress. I for one am proud that my city has been willing to play that “activist” role — usually thanks to the leadership of the city council — not only for the well-being of Seattle residents, but to blaze a trail for the rest of the country, too.

Of course, the rich and powerful don’t want Seattle to play this role, and that’s why they’re so interested in this year’s mayoral and citywide council elections. Talton’s column makes no secret of who’s side he’s on: he wants business voices on the council. Burgess didn’t put it in his op-ed, but in January he revived his Political Action Committee, People for Seattle, which you might remember from the contentious city council elections of 2019. So be vigilant, expect the elections to get ugly, and don’t trust evidence-free diatribes against the Seattle City Council. Maybe even take a minute to thank your councilmember.