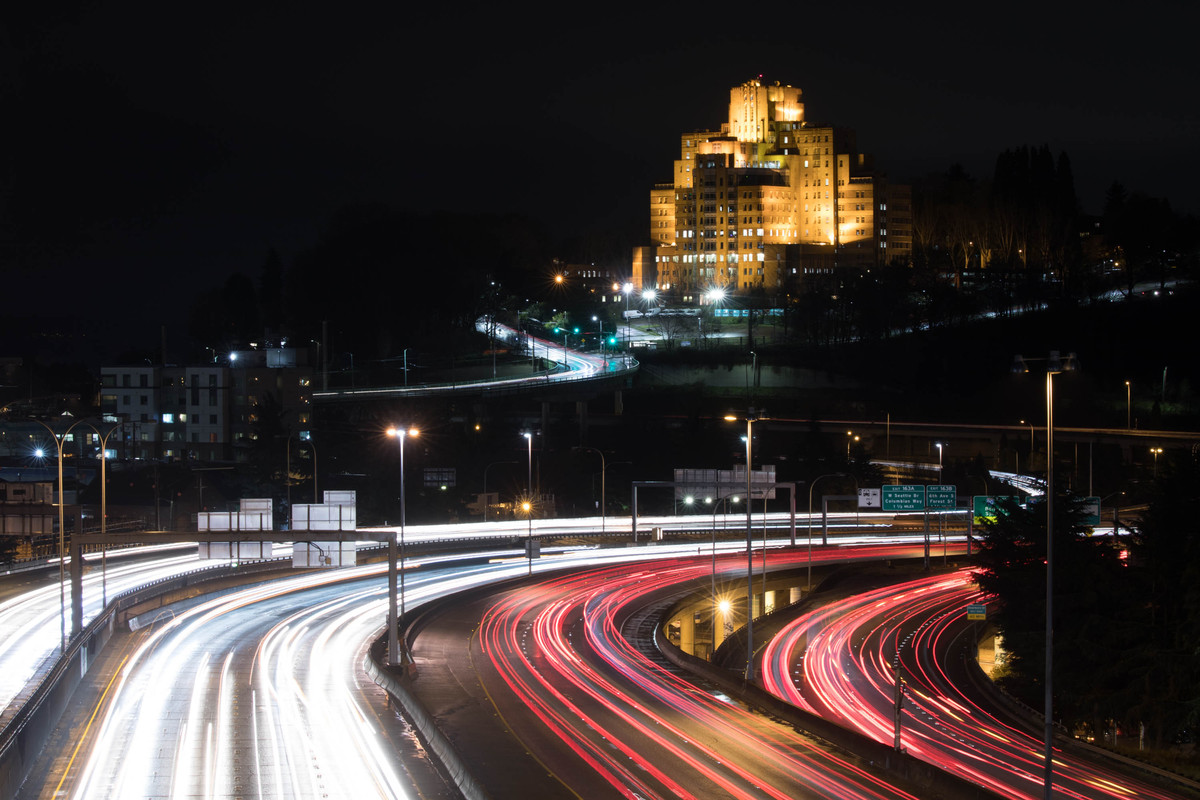 Many insurance companies rely on credits scores to determine rates for car insurance and other personal lines of insurance, resulting in disproportionately high rates for poor communities of color. A state Senate bill under consideration would do away with the policy. (Matt M. McKnight/Crosscut)

Live in Columbia City, ZIP code 98118? Then your average annual car insurance premium is $928. Live in Belltown, ZIP code 98121? Lucky you, because your average annual car insurance rate is $810. What’s the difference between these two Seattle ZIP codes? The median household income in Columbia City is $53,000, while in Belltown it’s $140,000. Oh, and Columbia City is 25% African American, but less than 4% of Belltown’s residents are Black.

In Seattle, as in much of the country, ZIP codes reveal the racial composition of a community. Credit scores tend to be lower in communities of color, and Washington state insurers charge higher rates for individuals with lower scores.

Lose your job to the pandemic? Unable to pay your credit card bills as a result? Your plummeting credit score means a rising car insurance rate. This will happen regardless of your race, but it is no secret that economic fortunes often follow racial lines. Now this all seems completely upside-down, and very unfair. It makes being Black and/or being poor more expensive than being white and more affluent. A bill currently before the Washington state Legislature seeks to correct this.

Senate Bill 5010, frequently cited as part of Gov. Jay Inslee’s “racial equity package,” would prohibit the use of credit scores in determining insurance rates in Washington state. Mainstream media coverage has focused on SB 5010’s corrective effect on car insurance rates for communities of color. But its reach extends to all races, and to other personal lines of insurance as well, including homeowners and even earthquake insurance.

Beyond that, the bill, and the flawed legacy it seeks to correct, also provides a case study in systemic racism and economic inequality. If you want to understand systemic racism — how it began, who suffers from it and how it’s eliminated — the history that led to SB 5010 is a great place to start. Likewise, if you want to understand economic inequality — in short, why it’s expensive to be poor — SB 5010 offers a starting point as well.

In the late 1960s, the Kerner Commission defined racism as prejudice based on race, plus the power to implement that prejudice through physical, economic, educational, political, medical and other means. Making a distinction between prejudice and the power to act on that prejudice is key to understanding racism in general, and systemic racism in particular. Also called “institutional racism,” systemic racism occurs when institutions with power over the lives of individuals and communities implement rules, policies and practices that disadvantage some and advantage others, based on race.

Systemic racism might well be called “how-we’ve-always-done-business.” The racially consequential rules are so deeply ingrained, so long practiced, that few even recognize they exist. But they do, and the insurance industry provides a good example.

The modern-day insurance industry was founded on slavery and the slave trade. In the late 1600s, men sipped a new “heathenish brew” called coffee at Edward Lloyd’s Coffeehouse in London, while designing the most profitable methods for insuring the slave ships that captured humans in coastal West Africa for transport to America. Slavery established Lloyd’s of London, and assured its growth into one of the largest commercial insurers in the world. Meanwhile, white slave owners in America concerned about protecting their valuable human property sought insurance from Aetna, AIG, New York Life and other companies, helping them become the behemoths whose products and services SB 5010 now seeks to regulate. After years of staunchly denying their racist past, many of these companies were forced to accept the truth and issue apologies for their involvement in slavery in the wake of recent pressure following the killing of George Floyd.

But apologies for the past do not guarantee changes in the future.

It’s a vicious cycle. Failing to access credit, or paying too much for it, increases the likelihood of default and diminishes one’s opportunity to build wealth, resulting in a lower credit score. A lower credit score then means higher insurance rates, again increasing the likelihood of default and diminishing one’s opportunity to build wealth. Slavery was perpetual physical bondage, whereas insurance based on credit scores is a method of perpetual economic bondage. What the COVID-19 pandemic lays bare is that this economic disadvantage is not borne solely by communities of color. It’s now equal opportunity economic disparity.

You begin dismantling systemic racism and economic inequity by charting a course like that laid out by state Sen. Mona Das, Gov. Inslee, state Insurance Commissioner Mike Kreidler and the other sponsors of SB 5010. If a tool to compute insurance rates is tinged with a history of racial and economic disparity, remove it from the toolbox. Credit scores are one such tool. Insurance companies, on the other hand, can do more than apologize for their past actions, issue statements supporting communities of color or maintain that credit scores are colorblind and, therefore, fair use. If they really believe in racial and economic equity, they can stop opposing the passage of SB 5010 and start finding ways to deliver insurance products free from the taint of an inequitable and unjust past.