A Seattle doctor reflects on Atlanta and anti-Asian racism

We must contend with racist indignities of all types if we want to root out bigotry in our society. 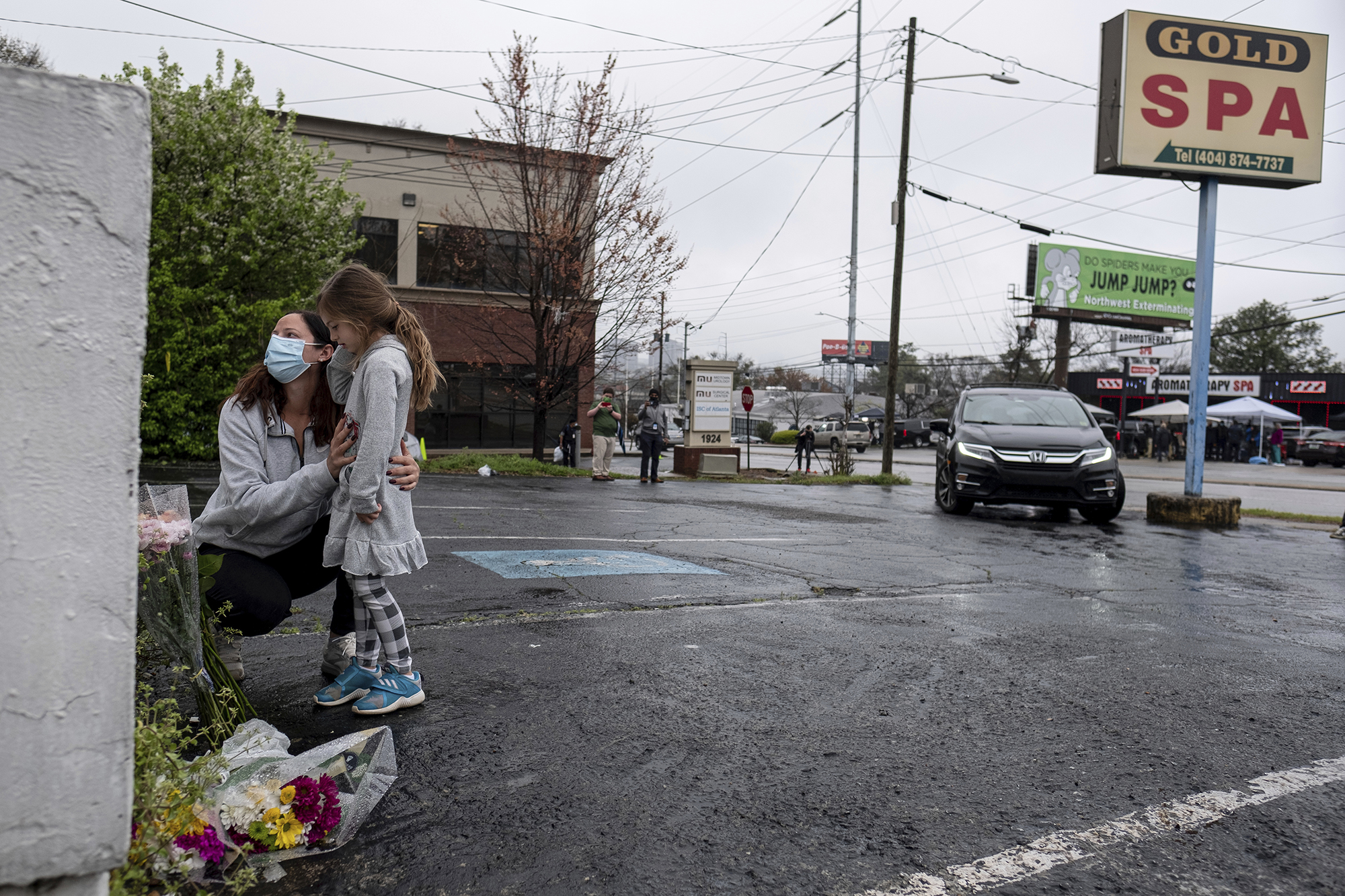 Mallory Rahman and her daughter Zara Rahman, 4, who live nearby, pause after bringing flowers to the Gold Spa massage parlor in Atlanta, March 17, 2021, the day after eight people were killed at three massage spas in the Atlanta area. Authorities have arrested 21-year-old Robert Aaron Long in the shootings at massage parlors in Atlanta and one in Cherokee County. (Ben Gray/AP)

Even before mainstream American society recognized COVID-19 as a serious health issue, xenophobes were already using it as an excuse to commit acts of anti-Asian violence. On Feb. 4, 2020, video of a COVID-related assault against a mask-wearing Asian woman in the New York City subway system went viral on social media. More reported hate crimes against Asians followed in the coming days and weeks. Fueled in part by the past presidential administration’s rhetoric, the U.S. has experienced a spike in anti-Asian hate crimes.

We see the most heinous examples reported in the news, but there are countless unreported “minor” cases of anti-Asian racism, which change our lives in small yet profound ways. We must contend with racist indignities of all types if we want to root out bigotry in our society.

As a health care worker and an Asian American, I have faced two threats from the SARS-CoV-2 virus — the COVID-19 infection and the racism that has accompanied its spread. Pharmaceutical companies like Pfizer and Moderna have developed effective vaccines against COVID-19, but I’m still waiting for someone to develop a vaccine against racism.

On Jan. 21, 2020, the first confirmed COVID-19 case in the United States was discovered in Washington state, near the city where I work. As a physician in the anesthesiology department, I felt an elevated sense of danger in the early days of the pandemic. We were frequently instrumenting patients’ airways while wearing only surgical masks. Asymptomatic infection was known to play a major role in COVID-19 transmission, but routine preoperative screening tests had yet to be implemented. Every time we inserted a tube in a patient’s airway, we could be aerosolizing viral particles; every time we worked near a patient’s face (which was almost all the time), we could be inhaling SARS-CoV-2.

As resident physicians, we work long hours, often 60 to 80 hours a week, and we usually get to work before sunrise and leave after sunset. In order to become well-rounded doctors, we rotate through a number of different hospitals and services. That month, I worked in the operating rooms at Harborview Medical Center, the Level 1 trauma center serving the Pacific Northwest region. Since my 13-plus hour night shift started at 5 p.m., I decided to take a 20-minute walk to work in my scrubs to get some rare sunlight during the work week.

Since most Americans were not wearing masks yet, I avoided using one outside the hospital to reduce my risk of standing out and attracting attention from bigots.

But although I was born in the U.S. and my clothing signaled I was a “health care hero” — and despite my calculated decision not to wear a mask — I became a target for harassment because my physical features indicated that my ancestors originated from Asia instead of Europe.

When I was about a block away from my hospital, I walked by a white man standing on the street corner. Once we were only 2 to 3 feet apart, he started muttering, “Fuck you, China for giving us smallpox.” Then he followed me while yelling more expletives, including an ethnic slur and a threat of sexual violence.  I am not a small woman, but at 5 feet, 4 inches, I was nonetheless scared by the wrath of this much larger man. Fortunately, I reached the hospital entrance before he did, but since these were the days before visitor restrictions, he could have easily followed me inside if he wanted.

I was shaken by the experience. But once the danger was gone, it also left me feeling incredibly angry — not just for me, but also for my patients. Because he attacked me right before I started my shift, he affected my readiness to care for patients. An anesthesiology resident is often the only anesthesia provider in the operating room at any given time, and that resident is responsible for keeping patients safe and alive during their procedure. The harassment and implied physical threat negatively affected my ability to focus. Fortunately, I had supportive colleagues and there was enough staffing to allow me to take several minutes to fully decompress and return to “work mode” before stepping foot in an operating room.

I never reported the incident to police, and that man never faced any consequences for what he did to me. I had to get to work on time because my colleagues and my patients depended on me, and I could not afford to wait for an officer to show up and take my statement.

Even though I missed the sunlight and the chance to stretch my legs outdoors in the mild Seattle weather, I got to and from work after the incident only by driving. My personal budget and the environment paid the price for his actions.

Fast-forward one year later to March 16, 2021. I was once again working a nightshift, this time at the University of Washington Medical Center. While checking on a patient, I saw the news of a shooting flash on the TV screen. “There was another mass shooting?” I asked. My patient recapped the news to me, then quickly reassured me with condemnation of anti-Asian violence, but I did not have time to process it.

Once morning rolled around, the implications of that mass shooting dawned on me. Six of those eight victims were Asian women like me. One of the victims was a customer just treating herself to a spa day. I’m in the same age range as her and I’ve occasionally visited spas, too. Like many Asians, I have family who have worked in spas. Atlanta is considered a fairly progressive and diverse city; if it happened there, it could happen anywhere. Seattle, too, is considered one of the most progressive cities in America, but as evidenced by attacks in Chinatown-International District, and this alarming Reddit thread, it appears many Seattleites are unsympathetic at best to Asian Americans and Pacific Islanders.

Seattle, we need you to listen. Speak out when you hear others making racist jokes at our expense, engage in bystander intervention when you witness racial harassment, attend rallies against racism, consider us for promotions and tell your institutions and elected officials to issue anti-racist policies. We can’t change our skin color or ancestral lineage, so we need our allies to stand up for us and hopefully for others to change their mindset.

As a physician, I have to treat all patients regardless of their COVID-19 status, and I have to provide standard of care to all patients, regardless of whether they sympathize more with Robert Aaron Long or with his many victims. Despite the fact that I clawed myself out of poverty to chase the American dream, despite the fact that I can and have saved lives under stressful conditions, none of this protects me from racist vitriol. To some people I will be nothing but a “temptation” to be “eliminated” because of traits I was born with. Scrolling through social media since the Atlanta shootings, I can’t shake the sense that random racially motivated attacks against Asians have increased. Now I’m starting to worry that it’s not a question of “if” I’ll be physically assaulted because of my race, but “when.” 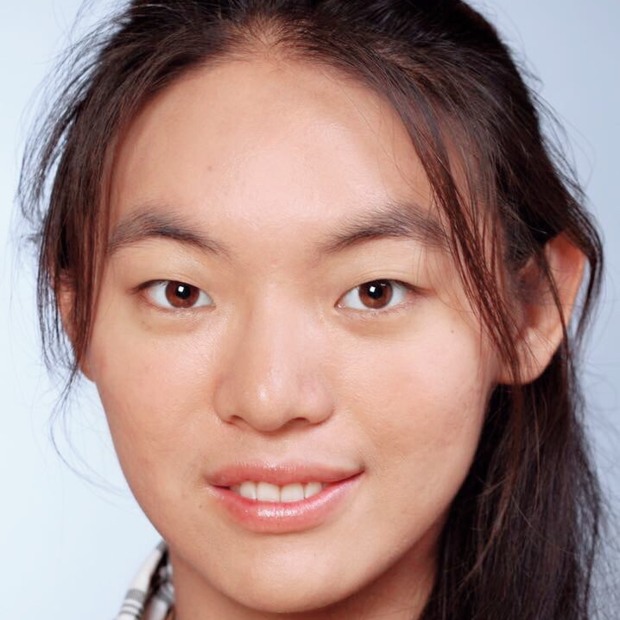 Amy Zhang, MD, MBA, a resident physician from a first-generation/low-income background, currently works in the University of Washington Dept. of Anesthesiology and Pain Medicine.