The internet is a necessity that can change lives, and the state has an opportunity to make it more widely accessible for everyone. 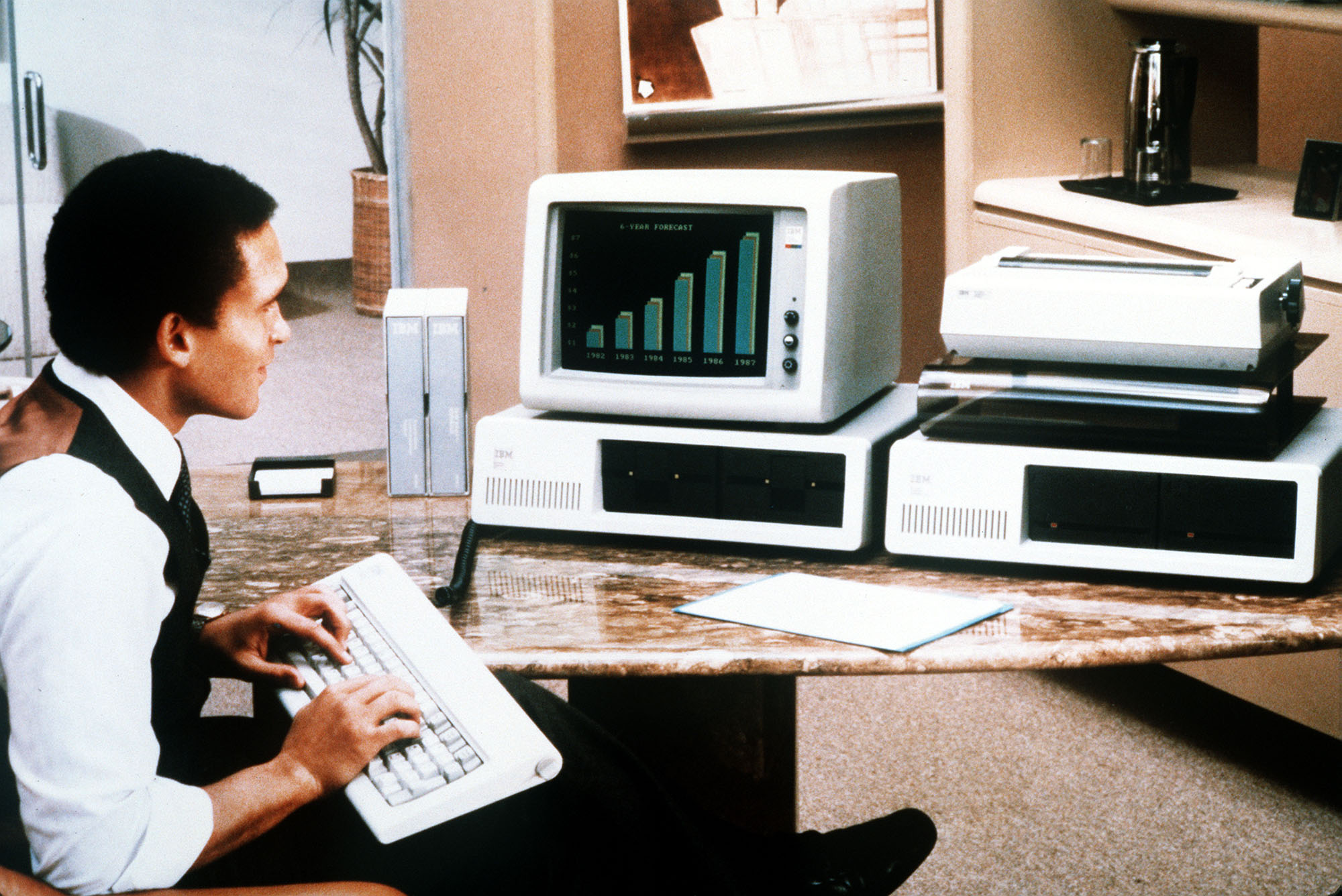 Computers and access to the internet have become a necessity of life. A renewed push to allow the creation of publicly owned broadband is making its way through the state legislature. (AP)

Nothing has shaped my life — the person I am, the art and music I love, the cultures that I feel part of — more than the internet.

This might seem strange to those older than I and might seem pointlessly obvious to people younger than I, but I was exactly the right age at exactly the moment the world changed that I was changed right along with it.

As a kid who grew up weird in a socially isolating place, I found my people online before I found them in real life. And as a kid with relatively severe (and undiagnosed) ADHD, I didn’t take much away from my classwork, but I spent hours and hours obsessively reading online.

It was fascinating to fumble around AOL, Prodigy and CompuServe. I felt like a hacker the first time I dialed in directly to an online bulletin board system (focused on videogame cheats, obviously). The game changed, though, with the World Wide Web.

And, yes, I was online just waiting — a 13-year-old connected by a 14.4 kilobit per second modem, but through old rural telephone lines that redlined at 2600 baud — the moment the web flickered to life globally. Search engines didn’t really exist yet, so I just searched around blindly, brainstorming magazines and record labels I liked and adding a .com to the name to see if they had a website. I tried sportsillustrated first, then epitaph and subpop. Once I was sure my parents were asleep, I obviously also tried playboy. Later that week I rolled my eyes in real time when I woke up to find my mom watching Katie Couric and Bryant Gumbel ask their producers, “Can you explain the internet?”

The impact isn’t just a matter of volume. There’s a qualitative difference as well. MTV was hugely important, too, but that was culture on rails. You watched what the network wanted you to watch, in the order it wanted you to watch. The internet was pure freedom.

And, vitally, for my parents especially, it was practically free.

Twenty seven years later, the internet is the center of almost everyone’s lives and it’s increasingly hard, especially for children, to keep up without it. Connectivity powers so much more of our lives than it used to even 10 years ago. The online world has become infinitely more interesting and nuanced, and most internet connections are a lot faster.

By that I mean it’s gotten more expensive. The web was proposed in 1989 by Tim Berners-Lee as an open and free information-sharing platform. The platform is still technically free. Accessing the platform never really has been. And that’s fine. Infrastructure costs money to build and maintain, and spending some money to access the internet is like spending a little bit of money each month to make sure water keeps coming out of your tap.

With media consolidation and industry collusion, though, private internet providers like Comcast and CenturyLink have effective monopolies in their respective areas. In rural spaces where competition was never fierce, mom-and-pop internet service providers have an even tighter grip on areas regarded as unprofitable.

We all know what monopolies tend to do: charge greater sums of money for increasingly inadequate products. In a world stripped of net neutrality, these dynamics also allow for scenarios like what recently happened just 60 miles from Spokane. A North Idaho internet service provider blocked all of his customers from having access to Facebook and Twitter in order to protest those platforms’ banning former President Donald Trump and other right-wing Twitter warriors.

This monopolistic playing field, which can only strive toward charging higher and higher prices for ever greater service mediocrity, is annoying for everyone, but it’s disproportionately hard on the poor.

After lots of cajoling, I was able to persuade my parents to shell out the $5 (Prodigy) or $10 (CompuServe and AOL) per month for the services I used at the dawn of the web. I don’t think any amount of begging would have gotten them to shell out $60 for even basic internet.

It’s hard to overstate how big a problem this is.

In the pandemic context, the right has used this as an opportunity to blame the lockdown, but this learning gap in poor and rural communities started the minute the web launched, and has gotten worse and worse every day we — as a society — haven’t decided to make access for all a priority for all.

The market, in short, is maximizing profit, and millions of people are being left behind.

But wait! you exclaim. If not the market, then what? Funny you should ask.

The place I grew up wasn’t electrified by market forces. My parents paid our electricity bill to Inland Power & Light, one of the community-owned energy cooperatives established under the Rural Electrification Act of 1936. Inland Power buys its energy from the Bonneville Power Administration, a federal agency established that same year.

The market didn’t electrify my childhood home. Our society did.

I would love to see cheap, accessible, public internet available across America. At the very least, though, we need to allow nonmarket approaches to reach our poorest-served communities.

Even with Biden in office, there’s not much chance of a New New Deal creating sweeping new broadband infrastructure across the country all at once. It’s going take a lot of little steps, and it’s going to need to happen at the state and then local level.

The Washington State Public Broadband Act, which has passed the House and had its first Senate hearing last week, would allow ports and public utility districts to provide broadband internet within their service areas. It wouldn’t force PUDs to take this on, it would merely remove the hurdles that have historically prevented public entities from competing with private enterprise.

If this sounds like big-government liberalism, well, it kind of is. But the idea has significant support among certain conservative bodies. Arkansas passed a similar bill to Washington’s in February.

And while my preference would be to buy my internet the way I buy my water — from an entity that is funded and controlled by taxpayers and puts the quality of service and the needs of its customers ahead of any profit motive — there’s new evidence that legislation that allows for public choice makes private providers behave better as well.

The only loser in this scenario is monopoly. And whether we’re talking about the board game or the tendency of unregulated capital to consolidate into fewer and fewer hands, I feel safe saying that everyone hates monopoly.

This isn’t a magic bullet, but it certainly adds a powerful new weapon to the arsenal. Deploying it to communities so they can get the access they need isn’t going to happen overnight.

That’s why we need to start now. 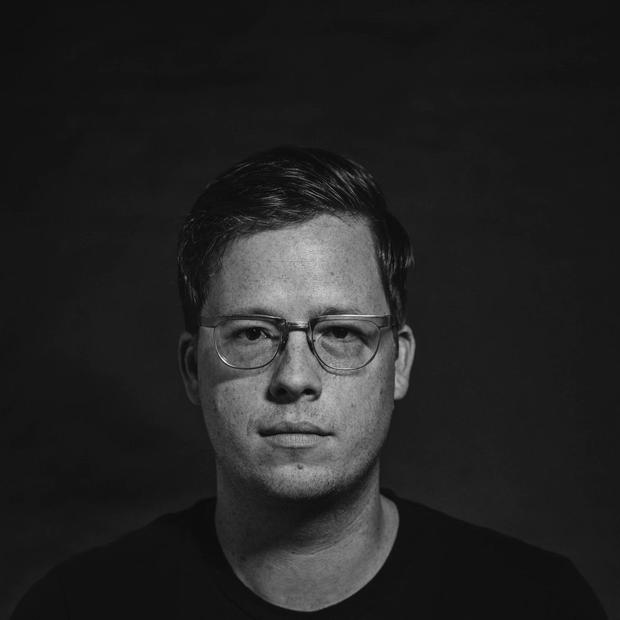 Luke Baumgarten is a lifelong Spokanite and the editor and host of RANGE.