Why we should honor Billy Frank Jr. in the U.S. Capitol

The legendary Nisqually activist was a passionate leader who focused on finding solutions. He taught me to temper zeal with pragmatism. 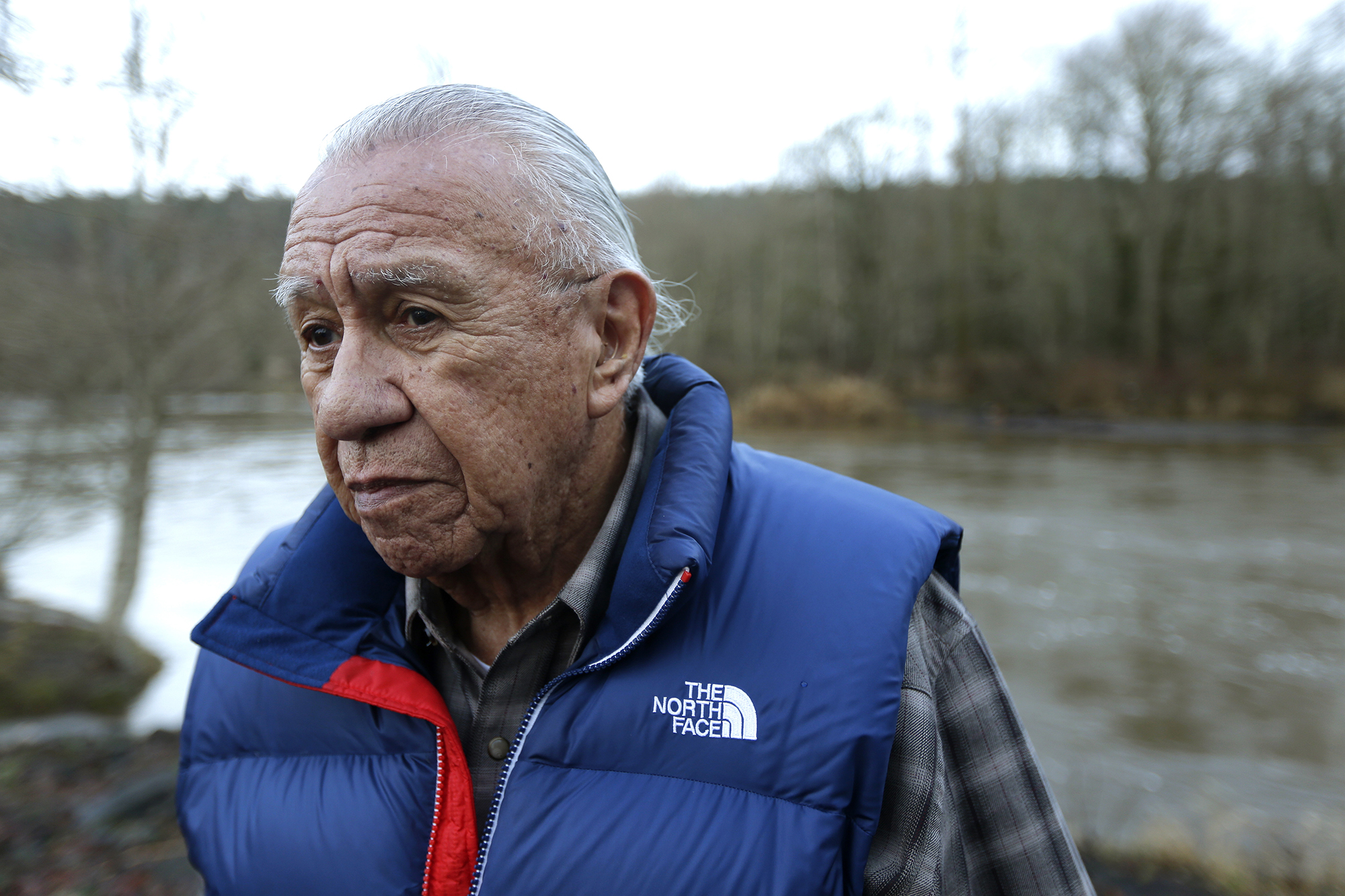 In this Jan. 13, 2014 file photo, Billy Frank Jr. poses for a photo near Frank's Landing on the Nisqually River in Nisqually, Wash. Frank, a Nisqually tribal elder who was arrested dozens of times while trying to assert his native fishing rights during the Fish Wars of the 1960s and '70s, died May 5, 2014. He was 83. (Ted S. Warren/AP)

Since running for governor, I had not testified on any piece of legislation. Sure, I wrote an op-ed or two on topics such as blasting Gov. Jay Inslee’s irresponsible spending or opposing President Donald Trump’s plans to drill off the Olympic Coast. But since 2016 I have spent my winter and spring days outside, not testifying. I hadn’t testified before the Legislature in years, until last week.

The state Legislature is considering placing a statue of the Nisqually leader and activist Billy Frank Jr. in our nation’s Capitol. It would be one of two representing our state. I had but 90 seconds to assure Republican legislators this was not about “cancel culture” or about replacing a statue of a white missionary (Marcus Whitman) with one of a Native American. This was our opportunity to honor a leader who had not only contributed to our state’s history, but who had shown us how to move forward into our future.

When thinking about what I would say, I made a list of Billy’s many contributions, from his heroic struggle for civil and tribal rights to his inexhaustible pursuits to save salmon runs and Puget Sound. These were the efforts that gained him national and international recognition: the Martin Luther King Jr. Distinguished Service Award, the Albert Schweitzer Prize for Humanitarianism, the Presidential Medal of Freedom. But I kept coming back to something Billy said during our last real talk.

I don’t remember for certain the first time I met Billy. I knew of him before we met because of his defense of treaty fishing rights and his efforts to save salmon runs.  I had listened to him speak and had attended one of his book signings. But I had not spoken with him until, I think, our first meeting at Muck Creek.

Muck Creek meanders from a shoulder of Mount Rainer into the Nisqually River. I had driven from Seattle to see it because an environmental board I served on had received a grant request for a Muck Creek restoration project. When I arrived, there wasn’t much to look at. The mountain, which can reign in full magnificence over the prairie, was cloaked in cloud, and the creek had been reduced to not much more than an irrigation ditch. Since the 1830s, when the Hudson’s Bay Company’s farming operation transformed much of the surrounding prairie into farmland, the creek’s riparian habitat had been damaged or eliminated. By the late ’90s when we walked along it, the creek needed restoring if its salmon were to return. But what I came to understand that day and in subsequent meetings with Billy was that the grant wasn’t just about saving Muck Creek and its salmon run, but about saving Puget Sound and orca and so much of who we are and want to keep alive.

Our work together began that day on Muck Creek, but like his message that restoring Muck Creek was really about saving the ecosystem, eventually our work expanded to include all of the Nisqually watershed, and then the entire Salish ecosystem.

The last time we really talked, in 2011, Billy was cutting a TV commercial in support of my campaign to be reelected to the commission of the Port of Seattle.

That day, after filming, we walked up and down the river along Frank’s Landing — his backyard — taking advantage of the opportunity to catch up. I didn’t realize it at the time, but his words that day provided direction on how to move forward without him.

Billy told me the future of the Nisqually watershed depended upon nurturing the voluntary coalition of forestry, agricultural and tribal interests that had come together to protect it. What he didn’t mention is that he was the one who had forged that coalition through grit, empathy, vision and humor.

We talked about the court decision on culverts. A few years earlier, the court had sided with Northwest tribes that Washington state, by building and maintaining road culverts that blocked salmon passage, was not complying with treaty obligations. Opening the culverts so salmon could pass through and spawn could cost billions of dollars, and Washington state argued that was a federal rather than a state responsibility. I expressed my frustration that Washington state balked at paying. Billy knew the legal fight was far from over and that it needed to be pursued to its end. But I could tell he knew we and the salmon didn’t have 10 years to fight this out. We needed to start replacing culverts right then.

I clearly remember his saying something damn close to, “Bill, we can spend the next 10 years stuck in court appeals, or we can all sit down and talk about what we can afford and get started.”

He was not proposing to compromise. The stakes were too high for that and tribal rights had been violated, but he told me that while the decision was dragging through the courts we needed to find money to get started. “Always figure out how to keep moving forward,” he said.

That day I saw the veteran of the “fish wars” as a diplomat as well as a warrior. Make no mistake, his passion still burned, but his focus was on finding solutions. He taught me that zeal needs to be tempered with pragmatism.

In his words and in his life’s deeds, Billy revealed how we can build for future generations by defending what is right and uniting diverse interests behind a common plan. Billy pulled people together, listened hard to those with different opinions, empathized with their perspective, then figured out how to keep going.

In our time when too few truly listen, when opponents are labeled enemies, when empathy is dismissed as weakness, Billy’s example needs to be not only honored, but emulated.

That is what I told the Legislature. And it is what I’ll think about on that day in the future when, I hope, I visit his statue in our nation’s Capitol.