The 2019 election cycle was a warning sign about big spending. Small donor matching programs could bolster our democracy. 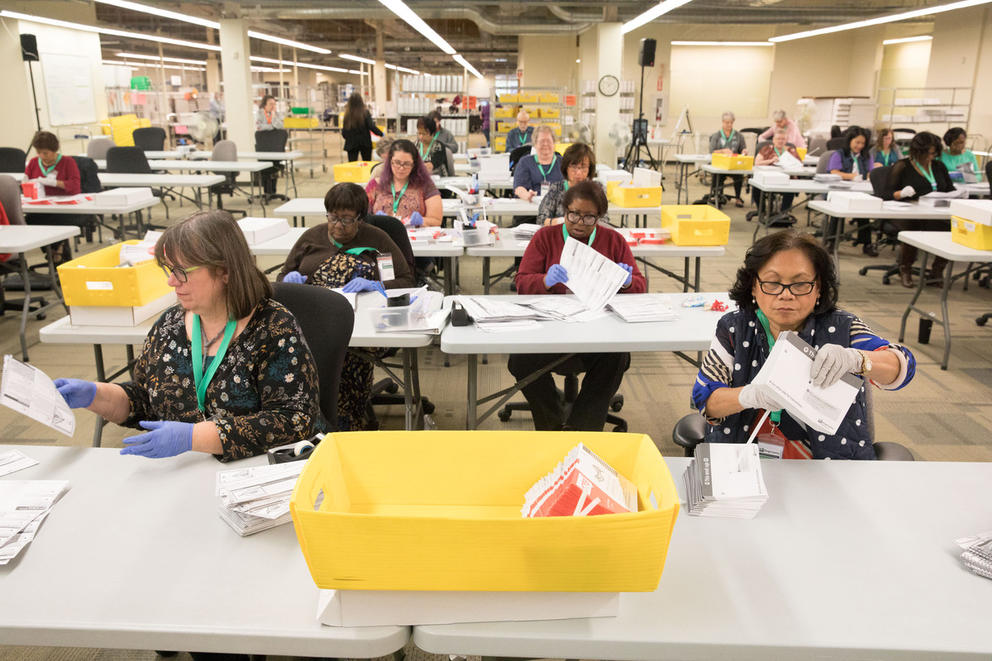 Four years after democracy vouchers made their debut, they’re still catching on. Seattle’s current slate of political hopefuls are reminding voters not to throw them out, teaching those who already put them in the trash how to replace them and showing people who still don’t know what in the world they are how to fill them out.

According to a 2020 independent report on the Democracy Voucher Program, 29% of surveyed Seattle residents said they had “never heard of it” and an additional 22% said they were “not very familiar” with it.

Granted, democracy vouchers are still new — 2021 marks their third major cycle — and usage has increased dramatically since their introduction. But in the face of historically expensive elections and huge piles of cash from political action committees, Seattle may not have time for the first-of-its-kind program to catch on before it is even further eclipsed by the influence of large donors and outside spending.

The 2019 cycle was a warning sign: As the New York Times reported, independent groups — including PACs supported by Amazon and other large corporations — spent a whopping $4.1 million on the Seattle City Council elections, vastly overshadowing the $2.4 million the city reports having disbursed to candidates that year. Business-backed candidates mostly lost in 2019, but that doesn’t mean Seattle is immune from the influence of that money. In the near term, it makes local voters like myself feel like our democracy vouchers are drops in a fathomless bucket; in the long term, it will almost certainly shape future races.

So far, the current cycle — which includes a mayoral race and two at-large city council seats — might feel quieter than 2019. Last week, as The Seattle Times reported, the Seattle Metropolitan Chamber of Commerce said it would not be making any endorsements this time around, nor will it fund any PAC campaigns, which is notable because Amazon donated roughly $1.5 million to a Super PAC run by the chamber in 2019. It’s probably not wise, though, to wait and see how long that promise lasts before thinking about how to future-proof our public campaign financing program.

If you are one of the 29% who have never heard of democracy vouchers before, they are essentially gift certificates funded by property taxes that every voter in the city can send to their favorite candidates. The idea behind the program is to incentivize politicians to spend more of their time seeking donations from residents and less time courting wealthy donors. The vouchers are also meant to counterbalance the mostly unchecked influence of PACs and corporate donations unleashed by the Supreme Court’s decision in the Citizens United case in 2010.

Indeed, in the current environment, public campaign financing programs are some of the only bulwarks against that tsunami of outside cash. Democracy vouchers are way better than no democracy vouchers. But given what we went through two years ago, and what we will certainly experience again, it may be time to start considering a more-established — and I would argue more approachable — way of amplifying the spending power of city residents in local elections: small donor matching.

Since 1988, New York City has matched small donations from residents in order to increase the impact of funds raised in-city among actual residents. At present, candidates can get $6 per dollar of donations under $175 if they limit spending and submit to greater public oversight. The Brennan Center for Justice, an election reform group, has said this model is “the single most effective way to respond to Citizens United.” It’s been adopted by several other jurisdictions, including Los Angeles and Washington, D.C. And the For the People Act, or HR1, currently being debated in Congress, could implement a small donor matching system at the federal level.

In 2021, by contrast, Seattle is still all alone in the voucher lane.

“The Seattle program is quite new,” Ian Vandewalker, senior counsel in the Brennan Center’s Democracy Program, tells me. “It’s actually the only existing voucher program so far, so all eyes are on Seattle in terms of how vouchers work.”

Here’s the good news: participation rates in the program have nearly doubled between 2017 and 2019. And, according to a study published in the Election Law Journal by sociologists Brian J. McCabe and Jennifer A. Heerwig, the democracy voucher program “shifted the donor pool in a more egalitarian direction” and “improved the representation of residents in poorer Seattle neighborhoods” in its inaugural cycle.

But despite being “more representative of the Seattle electorate than cash donors,” voucher users were still “broadly unrepresentative” of the city overall and were “more likely to be white, liberal, female and older.”

In fact, between 2017 and 2019, voucher use rates doubled among those 65 and older while increasing only incrementally among younger voters, according to a 2020 independent report commissioned by the city. So far, at least, democracy voucher programs are not majorly overhauling our elections, despite some encouraging signs.

“[Voucher] users were more likely to be living in higher-income neighborhoods, as well as neighborhoods with a higher percentage of white residents,” the report noted. “This too mirrors broader patterns of voter engagement and voter registration.”

Vandewalker is far from giving up on the democracy voucher program, however. “Once candidates really get used to it, and people get used to it, and people understand what this thing coming to their mailbox is,” he tells me, “eventually participation is going to be much, much higher.” Nor am I suggesting we scrap it before it has a chance to prove what it can accomplish — and before we can implement an alternative.

But amid an ever-expanding mayoral campaign, this is a crucial year to keep an eye on the flow of cash into our politics and assess how effective democracy vouchers are at ensuring that Seattle’s local elections still feel local. Waiting another four years to see if more people use their vouchers might find us caught in another cycle like 2019.

“I think we should always be checking to make sure what we’re doing is the best support for democracy,” Seattle University public policy professor Marco Lowe tells me. “From the very beginning of this country, it is an experiment and we need to always assume that what we’re doing can be made better. So whether it’s the democracy vouchers working, or whether we need to make changes …, we need to at least be asking the questions.”

To that end, I have been asking some of Seattle’s top-funded mayoral campaigns how they feel about the percentage of their cash coming from donors inside the city versus outside the city. In these early days especially, Lowe says, candidates tend to raise funds wherever they can to get off the ground, so it’s not a surprise to see some fraction of their donations coming from outside Seattle. Still, for every candidate who responded to me, some measure of in-city political participation was a point of pride.

Chief Seattle Club executive director Colleen Echohawk tells me that her mayoral campaign “feels proud that we have raised the most vouchers of any candidate from within Seattle” and that she “wouldn’t want a majority of my money coming from outside of Seattle.” Seventy-seven percent of her contributions have come from inside the city, she says. (It’s true that Echohawk has raised the most through the Democracy Voucher Program — over a quarter of a million dollars so far.)

Andrew Grant Houston, who says that 30% of his cash contributions have come from outside the city, highlights the fact that “the vast majority of our campaign’s contributions are from the Democracy Voucher Program,” which is also true. He has raised nearly as much in democracy voucher funds as Echohawk, despite raising about half as much money overall.

City Council President Lorena González, who warned in a 2019 Crosscut opinion piece that “it’s unclear how successful the [Democracy Voucher Program] will remain,” given corporate spending, is still proud of the program. She told me that participation in the Democracy Voucher Program has “ensured that the overwhelming majority of our campaign’s funding [84%] comes from within the city limits.”

What I’ve learned from asking these questions is that each candidate can measure its popularity with local voters differently: Echohawk can say she’s raised the most money from democracy vouchers overall; Houston can say most of his money has comes from democracy vouchers; and González can say a higher percentage of her contributions than either of those two candidates comes from within city limits, and all of them can be telling the truth. That’s not necessarily a bad thing — spin is the nature of campaigns — but I can’t help but wonder how the mayoral campaign would unfold under a matching funds program instead.

If small donations from Seattleites were amplified by a factor of four, five or six, we could rise to meet sudden influxes of PAC cash with supercharged local donations. The so-called “free money” that democracy vouchers can offer is fantastic, but their value has remained static, and they are useful only if voters learn how to spend them; meanwhile, a small donor program like New York City’s would make it incumbent on candidates to apply for matching funds instead of requiring voters to understand a relatively new process, while still rendering a mere $4 donation from a Seattleite worth as much as a $25 democracy voucher.

This year, we need to use our democracy vouchers instead of putting them in the trash, but we also need to start asking bigger questions about how to keep democracy strong in Seattle. Democracy vouchers can help, but they might not be the solution the city needs to weather the political storms ahead.