A lawsuit claims three teenagers were handcuffed while in isolation, violating the state’s own policies and raising profound moral questions. 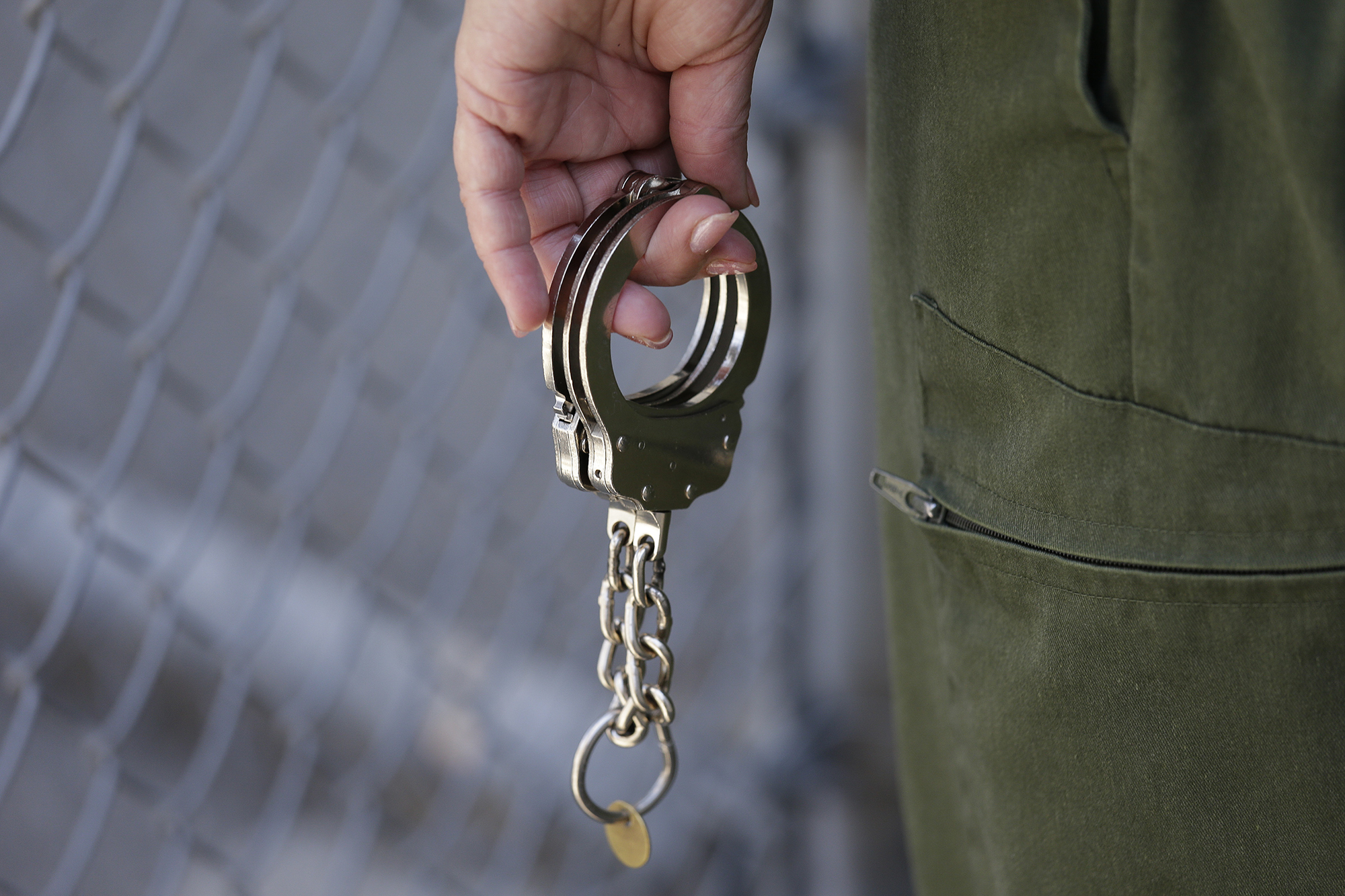 Even in the most barren environments, it is possible to see new growth. But that’s no foundation on which to build public policy when we’re talking about kids.

Four years ago, Michael Rogers, then 17, was sitting in solitary confinement at the Regional Justice Center, in Kent, for his part in the robbery and murder of a 16-year-old high school athlete from Federal Way, a boy named Wesley Gennings. The rage and disgust provoked by this crime hardly need reiterating. Yet lawyers at Columbia Legal Services claimed that Rogers, too, was a victim when he and other teenagers at the adult jail were held in windowless isolation cells, sometimes for months. So, in 2017, they filed a lawsuit.

The response was swift. Within weeks, King County officially banned solitary confinement for minors, and Rogers was whisked out of the adult jail.

Yet when he began serving his nearly nine-year sentence at the Green Hill School, a youth prison, in Chehalis, he says he was twice thrown into isolation cells — this time with his hands cuffed behind his back so that he couldn’t eat, sleep or easily use the toilet.

Say what you will about Rogers’ lengthy criminal history, responding with punishment that borders on torture can’t be good. Not for Rogers, who will soon be released, or for us. Picture a teenager in a 6-by-8-foot cement-block cell with his wrists bound. The image elicits a queasiness approaching that caused by the original offense. Is this really how we want our state to treat kids?

Columbia Legal Services says it violated Rogers’ constitutional rights and those of two other teenagers who also had been handcuffed in solitary. This time, the nonprofit filed a lawsuit in federal court.

Lots of people wish we could just banish kids who commit serious crimes from society. That’s pretty much what we’re doing with the 300 teenagers and young adults currently held in Washington’s juvenile prisons. But at some point, all of them will be released, and what happens while they are out of sight shapes who they’ll become. A man I know, now in his 40s, spent months locked in an isolation cell as a teenager, and says the effects still linger. He dissociates frequently, a coping mechanism that probably saved him in solitary but has hindered his efforts to reintegrate into everyday life. The ACLU says that the psychological effects of isolation on youth can plunge them into “a hole so deep they may never be able to climb out.”

Rogers says he was locked in an isolation cell — euphemistically called the Willow Quiet Room — with his hands cuffed behind his back, for resisting a strip-search at Green Hill in 2019. Staffers left him for more than five hours, the suit claims. A month later, guards isolated Rogers again, this time for 12 hours without food, water or bedding.

The previous year, teens Damien Rivera and Ronald Ackerson were also put into metal restraints at Green Hill and thrown into solitary. Let’s see “how long you’re going to last,” the guards said to one of them, tightening his handcuffs until they pinched, according to the suit.

Some of its allegations border on the sadistic.

When 17-year-old Rivera asked if his hands could be locked in front so he could use them to feed himself, staffers refused, taunting Rivera by eating their dinner in his view and promising to remove the cuffs if he complied with their strip search. Eventually they did. But Rivera remained in solitary for another four days. To make the experience as miserable as possible, they took away the books he’d been reading.

When Rogers similarly asked to have his cuffs removed so he could use the toilet in his cell, guards refused his request too, watching as he contorted his body and painfully wriggled his bound hands around his legs to use the commode, the suit says.

Whatever you think of these teens’ crimes — armed robbery, assault, illegal gun possession, involvement in a murder — their treatment breached “all possible bounds of decency,” according to attorney Sarah Nagy, who filed the complaint.

It also flouts everything Washington state claims to stand for. In 2019, the Legislature voted that minors tried as adults — like Rogers and his co-plaintiffs — would serve their time in youth centers instead of state prisons, because science has shown that teenagers’ brains are uniquely receptive to outside influences, both good and bad. And prison is undeniably bad.

But handcuffing kids in solitary sounds precisely like the kind of punishment I’d expect from a maximum security prison, not a youth facility supposedly geared toward rehabilitation.

So far, response from the state Department of Children, Youth and Families has been terse.

“Our goal is to operate a safe, secure, and therapeutic environment for the youth and young adults in our care,” said DCYF spokeswoman Nancy Gutierrez. “We are reviewing the allegations contained in the complaint and cannot comment further at this time.”

The lawsuit seeks an injunction against handcuffing all young people confined to isolation in state-run juvenile facilities, as well as punitive damages — though it stops short of seeking a ban on solitary confinement itself. Aside from violating the U.S. Constitution’s prohibition against cruel and unusual punishment, the suit points out that the treatment breaches Washington state’s own policies prohibiting the use of handcuffs on kids in confinement for “coercion, punishment, retaliation, or as a means of degradation.”

Young people are capable of truly awful acts. But I can’t stop thinking about Leilani Gennings, mother of Rogers’ victim, Wesley. She’d known Rogers from the neighborhood. She’d fed and sheltered him, and at his sentencing she said she believed in redemption.

She had taught her son forgiveness, and felt it was important to extend the same attitude toward Rogers. “You have to practice what you preach when you have children, whether they are here or not,” she said.

All she asked of Rogers was that he make a sincere effort to reform.

Rogers claims he is doing so. He earned a high school diploma while locked up and hopes to open a barber shop when he gets out. But what kind of person will he be? Since his arrest in 2016, Rogers estimates that he has spent a combined three or four months in solitary, treatment labeled by the United Nations as psychological torture and a violation of human rights. It doesn’t sound like a great way to learn empathy.

What goes through your mind in solitary? I asked him last week. Do you zone out? Imagine yourself elsewhere?

“There’s really no imaginative stuff. You just think about the position you’re in, the pain you’re experiencing and how it’s messing with your mental state,” he said, recalling his 12-hour stay in isolation. “For me, personally, I thought the walls were changing colors, and I started hearing voices. It was a weird experience, for sure. I never experienced anything like that before and I never want to again. I don’t want anyone else to, either.”

Do we want to be a state that does this to teenagers? That’s the moral question in play. But there is also a practical concern: If we know adolescent brains are pliable, open to every kind of influence, and we know that trauma has a demonstrably negative effect, what kinds of citizens are we cultivating with these practices?

Much as some wish otherwise, extreme punishment does not make people reflective, calm or compliant. That’s true for school discipline, and in criminal justice, and you’ve probably seen it at home too.