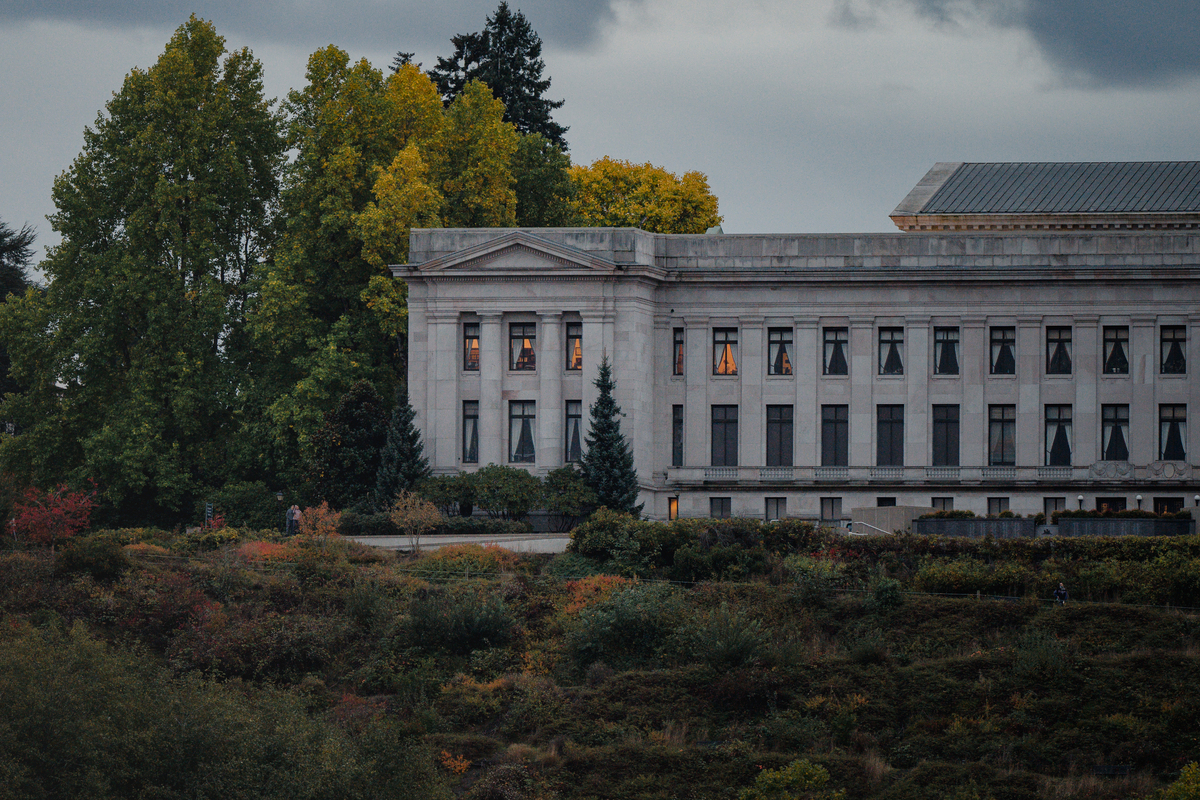 Liberal marijuana laws, an early endorsement for same-sex marriage and our general embrace of individual initiative have led lots of people to see Washington as an outpost of freewheeling progressivism. But when it comes to criminal justice, we’ve been among the most punitive places on the planet.

We have laws on the books that allow children as young as 12 to be criminally charged as adults. We were the first state to pass a “three strikes” rule mandating life sentences for repeat offenders — even if their crimes involved no loss of life. And by abolishing parole, in 1984, we removed a lot of incentive for prison inmates to show that they’ve changed. Professor Katherine Beckett, a sociologist at the University of Washington, says only seven countries in the world have incarceration rates higher than Washington state.

Most of us felt fine about this back in 1992, when 76% of voters approved the initiative that led to our three strikes law and its mandatory punishments of a death sentence or life in prison.

But last month, our highest court made a hard left turn. In two combined cases — Monschke and Bartholomew — the justices ruled that 18-, 19- and 20-year-olds facing life sentences for aggravated murder must be viewed through a lens that considers the “transient immaturity of youth.”

That’s going to be a tough sell. At 18, 19 or 20, you can get married, join the military and sign a contract. Shouldn’t you also be accountable as an adult if you kill someone? The U.S. Supreme Court has held that “children are different,” because science shows that the human brain — and its control over behavior — isn’t truly developed until age 25. But the young men at the heart of Washington’s current case were not exactly goofballs when they committed their horrific crimes.

Kurtis Monschke, a white supremacist hoping to earn his stripes as a member of the Volksfront neo-Nazi skinhead group, joined his buddies in the 2003 beating of a homeless man in Tacoma. As they attacked Randall Townsend with baseball bats and steel-toed boots, Monschke, then 19, wondered aloud if maybe “God gives us little brownie points for this.”

Townsend died of his injuries 20 days later. Monschke was sentenced to life in prison. Now he says the court should have considered his youth at the time.

Monschke’s attorney, Jeffrey Ellis, didn’t tell me that his client had disavowed racism or turned his life around, just that courts have increasingly abided by brain science proving that young people are not fully capable of adult decision-making until their mid-20s. That argument has already ended capital punishment and mandatory life sentences for anyone under 18.

If the science points to age 25, Ellis reasoned, we should certainly apply that standard when considering a life sentence for someone who is 18, 19, or 20. The court agreed. And their decision opens the door to arguments pushing the age for judgment — and punishment — as a youth still further, to 22, 23, or 24.

“There is no meaningful cognitive difference” between 17-year-olds and those just a few years older, the justices ruled, agreeing with Monschke’s contention that he was essentially a juvenile “in all but name” at the time of his crime.

This is when the law really tests one’s gut. I care deeply about giving people a chance for redemption, and thinking back to my own reckless idiocy at 19 and 20, I can say, sure, these guys too young to buy a drink were still kids. But I wish the Monschke decision had been brought by a more sympathetic messenger.

When I called Jeremiah Bourgeois to run this past him, he waved off my squeamishness. Convicted of aggravated murder at 14, and sentenced to spend the rest of his life in prison, Bourgeois was released in 2019 after such punishments were deemed unconstitutional for teens that young. Bourgeois, who is Black, has his eye on the case law, not that a white supremacist used it.

“The fact that Monschke committed a hate crime is irrelevant to whether youths should be considered as adults in the criminal justice system,” Bourgeois told me from Gonzaga University, where he is pursuing a law degree. “The science says 25. This guy was 19. That’s it, the end. Young people can change. In fact, I would like to meet Monschke and hear how he’s changed, because there’s no doubt in my mind that he looks back on what he did with regret.”

Maybe. Maybe not. I haven’t met the guy, and this decision merely allows judges to consider youth when resentencing lifers — it doesn’t necessarily grant release.

The ruling also means that Art Longworth, now 56 and locked away since the 1980s for a murder committed when he was 20, is eligible for resentencing. The first thing he noted was the justices’ “grace” in looking past the particulars of Monschke’s crime. (I, too, could not help noting that four of the five who ruled in Monschke’s favor are people of color.)

There are at least 24 other lifers who could be similarly resentenced under Monschke — either released, given new life terms or sentenced to something in between. Among them: Benjamin Ng, who hogtied and murdered 13 people during a robbery at Seattle’s Wah Mee gambling club in 1983, when he was 20.

“I understand and accept the brain science,” King County Prosecuting Attorney Dan Satterberg told me. “But these were not juvenile high jinks. They’re crimes that shocked the conscience.”

Not that Satterberg expects Ng to be released. Most likely, Monschke, and a host of other recent decisions invalidating Washington’s tough sentences for young people, will simply result in an avalanche of resentencing petitions and a bureaucratic nightmare for the courts. “I’m not jumping for joy at this prospect,” Satterberg said.

Much of the tangle is rooted in Washington’s abolishment of parole. Without the chance to go before a parole board and demonstrate transformation, inmates serving long prison sentences have no hope other than clemency, which is extended to about five people a year. This no-way-out finality inspired lawyers Jennifer Smith and Jon Zulauf to found the Seattle Clemency Project in 2016, matching volunteer attorneys with inmates seeking to have their sentences commuted.

The duo’s first client was Gary Thomas, who committed a series of robberies in 1998 to support his heroin addiction. Thomas was sentenced to life in prison under our three strikes law when he was in his 50s. After Gov. Jay Inslee granted him clemency in 2017, letters from other inmates flooded Smith’s Madrona office. So far, the Clemency Project has connected 175 people with legal aid, 50 of whom were deemed “releasable” by the state, Smith said. Thirty-four had been serving life terms.

Washington has now pushed the concept of youthful impulsivity further than any other state — quite a turnaround from the days when we embraced unrelenting punishment. No doubt, some will see this change as wishy-washy vacillation. Smith has a more generous interpretation.

“Just as we want to see self-reflection and growth in people who have done harm, this decision shows that our justice system, too, is capable of looking at its own past practices and correcting them,” she told me.

Ultra-tough sentences are easier to sit with. We lock people away and stop thinking about them, which allows us to stop looking at ourselves. Considering redemption is surely the more difficult road, fraught with risk and uncomfortable questions. Much harder. And in the end, more just.