Unidentified aerial phenomena and ancient hominids are in the news. Both have a rich history in the Pacific Northwest. 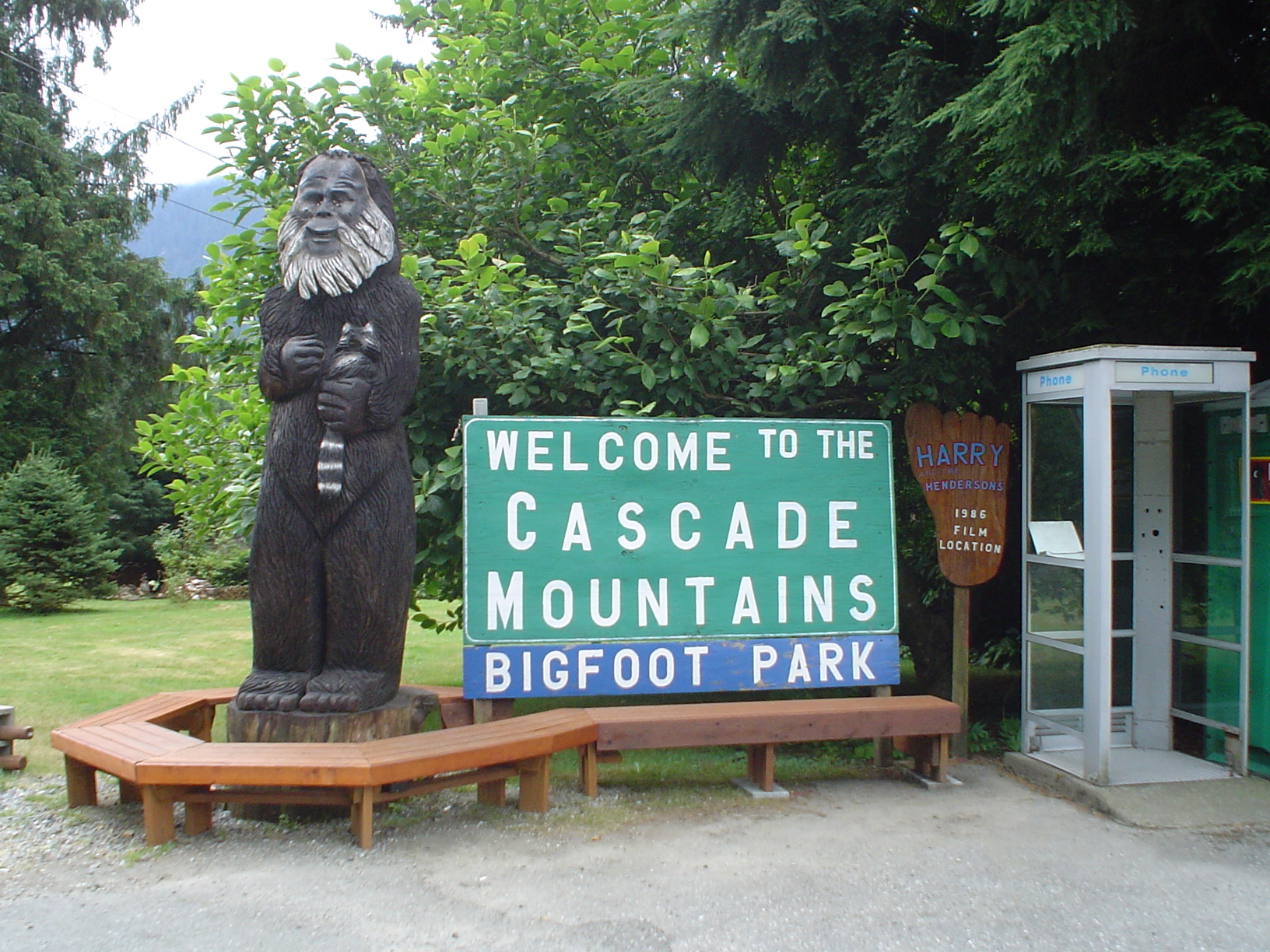 Two prominent Northwest enigmas — flying saucers and Bigfoot — are having a moment. Recent stories have offered some encouraging evidence for theories about whether they are real or, at the very least, worth investigating.

Last week, the U.S. government released its latest report on unidentified flying objects (UFOs) — now called UAPs for unidentified aerial phenomena — citing some 140 examples of unexplained sightings, some 20 of which were of apparent objects that moved in ways and at speeds unlike any known technology. The government doesn’t believe they are evidence of extraterrestrial life, but what they are and who is behind them are unconfirmed. If they are the products of highly advanced military research here on Earth, the government won’t say. But for UFO followers, the reports at least confirm that there are mysterious things flying around up there that are worth knowing more about. It’s not all an illusion or swamp gas.

It seems appropriate that the report came out on June 24, 74 years to the day an Idaho pilot named Kenneth Arnold saw a number of shiny objects that he thought were advanced aircraft dodging through the Cascades at high speed, near Mount Rainer. He said they looked like saucers skipping across a lake, and thus the term “flying saucer” was born. Arnold’s sighting, in 1947, was not the first-ever report of strange craft or lights in the sky, but it triggered a media frenzy and kicked off the modern craze about UFOs and whether “space men” were trying to contact Earth.

Arnold’s sighting wasn’t the only Northwest UFO event in June of 1947 to resonate decades later. The so-called Maury Island incident, which many deemed a hoax, involved an account of a saucer visitation near Vashon Island. The man who witnessed it also said that days afterwards, before he reported the sighting, a man in a dark suit showed up and warned him not to tell anyone. This was the first appearance of the meme we now refer to as the “men in black.”

The two strange incidents became embedded in Cold War-era culture. With the atomic bomb, fear of Communism, distrust of the government and active imaginations, the flying saucer phenomenon was deeply linked with government conspiracy theories.

Some saw the men in black as trying to silence truth-tellers as representatives of what some now call the “deep state.” They wondered: Were our scientists in touch with aliens from other planets, holding secret meetings on the dark side of the moon? Were advanced aliens watching Earth with a message about our behavior? Had we captured aliens and their hardware at Roswell (in New Mexico) and kept them in secret? Could a government that kept the globe-changing development of atomic weapons from us be keeping even more sinister secrets?

Many theories and manifestations of pre-Internet QAnonsense circulated in books, magazines, grainy photographs and first-hand sightings — and, later, in accounts of alleged abductions. Hollywood had a field day. Outright hoaxes abounded, but money could be made. Conspiracy theories and grift are often wedded.

At summer camp in the early 1960s, I was introduced to a book published in 1955 called Flying Saucers Have Landed, co-authored by a California New Age-style saucer cultist named George Adamski. In it, Adamski — a gardener who sky-watched with a telescope as a hobby — claimed to have been contacted by a “Nordic alien” from a scout ship from Venus. The space visitor was named Orthon and communicated with Adamski telepathically. Orthon told him about all the humanlike people who populated our solar system. He said aliens had been sending undercover messengers and teachers to Earth — Jesus Christ was one of them, he said — to help advance us.

This book scared the heck out of me. My grade-school training led me to believe that, since it was in a book, it must be highly credible. I would walk the camp trails at night wondering if a Venusian was going to pop out. Adamski hit pay-dirt, as Flying Saucers Have Landed sold 200,000 copies right off the bat, and he continued to write, fusing his supposed saucer encounters — he was one of the first so-called “contactees” — with Earthbound cultism. Some followers later dished that Adamski made it all up — for money. But his scheme worked until the saucer book market became glutted.

The solar system, Adamski said he learned, was filled with humanlike higher beings. That is not the solar system we have identified with probes, rovers, space telescopes, space stations  and missions manned and otherwise. Reading Adamski now it is hard to believe so many gave it any credence. While we don’t rule out life on other planets, the ones we’ve studied in the solar system are not likely to yield humanoids, let alone blond Nordic ones.

This brings us to the other Northwest enigma, Bigfoot. This is another example of the human desire to believe not just that the “truth is out there,” as was claimed on a famous X-Files poster in the popular TV series, but that others are out there right here on Earth. Not aliens visitors, but very shy primates, perhaps a lost relative of our species. If space aliens represent unknown worlds beyond us, Bigfoot reflects unknowns at home, perhaps even vestigial memory of a past just barely within reach and range.

A few years ago, I interviewed Dr. Jeffery Meldrum, a professor of anatomy and anthropology at Idaho State University. He has argued that tales of so-called “wild men” and Bigfoot type creatures from around the world might be connected to the fact that we know that at times in our past, more than one species of hominids have co-existed. Neanderthals and Homo sapiens are the best-known pair, but perhaps as recently as 30,000 ago, and certainly earlier, there could have been more than half a dozen human species overlapping on Earth. In other words, having only one species at a time, Meldrum has pointed out, was not the norm. The human family tree, he said, is “bushy.”

So, could Bigfoot be a relict hominid survivor at the tail end of a varied population? Or could it be an aspect of our collective memory, an echo tied to this more diverse past? Meldrum believes that science-driven research on Bigfoot is justified.

In the same week as the government’s UFO/UAP report also came the announcement of a hominid discovery in China, based on a newly studied skull originally found in the 1930s, according to reports. It may provide further evidence of the “bushy” human tree. Dubbed Homo longi and nicknamed “Dragon Man,” this skull belonged, the New York Times reported, to a “mature male who had a huge brain, massive brow ridges, deep set eyes and a bulbous nose.” The skull has been dated to at least 146,000 years ago, and no older than 300,000. In any case, it appears to add to the diversity of human types that were our contemporaries. Dragon Man’s brain is estimated to have been 7% larger than our own. Analysis of the well-preserved skull should provide clues as to what that large brain was used for.

We humans are hungry for company. Whether saucer ambassadors from Venus or forest-dwelling Sasquatch, we desire to populate the unknown with those who we perceive as more advanced, or with possible ancestors who can teach us truths we have lost from ancient times. As science makes headway, the space in which these mysteries can exist physically shrinks on Earth or leaps to hard-to-conceive distances in the universe. But our need to imagine, project and question is very large. The Northwest has been a launchpad and touchstone for both science and desire to push the boundaries of belief.