While Pride swings back into gear, queer youth are still on Zoom

Seattle’s Lambert House is a lifeline for LGBTQ+ kids looking for in-person community. For the second year in a row, they'll have to celebrate remotely. 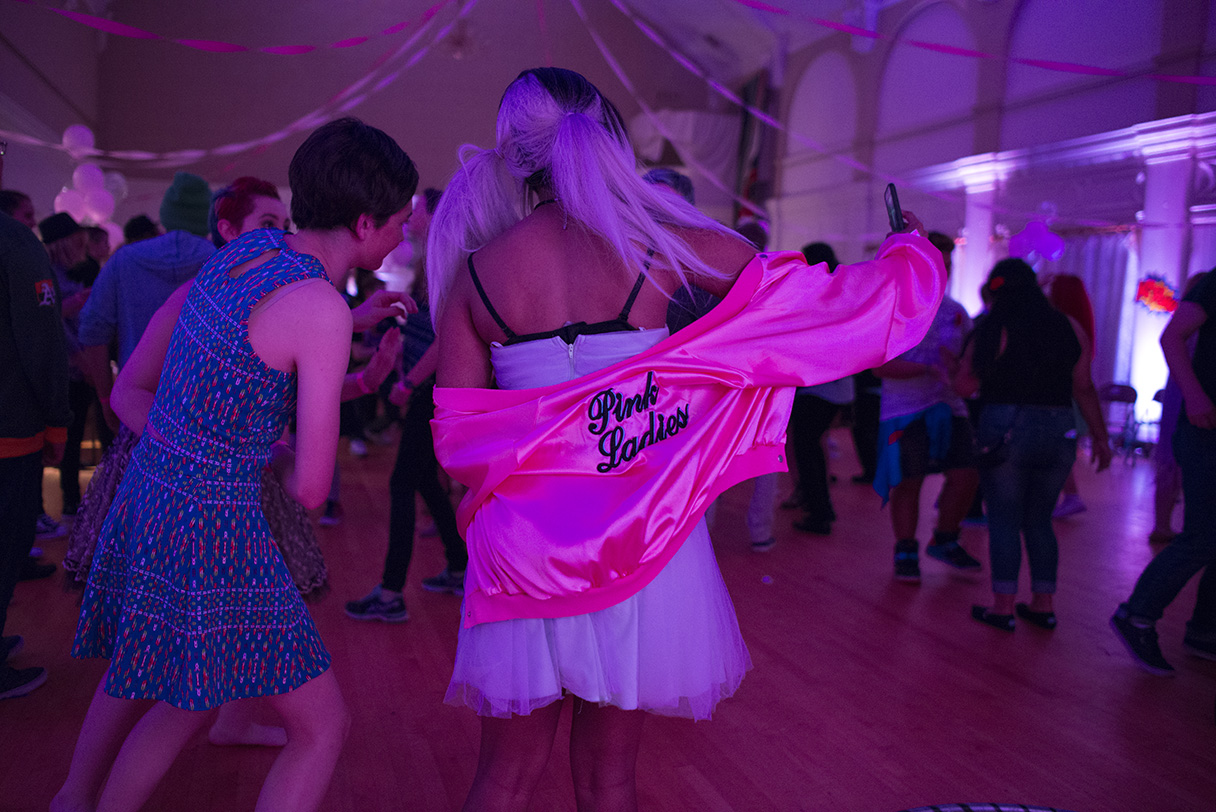 In a city where there are famously more dogs than children, it can be easy for some Seattleites to forget that there are indeed youth here — kids who have been dealing with a global pandemic on top of the more quotidian challenges of growing up.

But if you work or volunteer at Lambert House, an LGBTQ youth community center founded in 1981 that started leasing a cozy Victorian home on Capitol Hill 10 years later, you can’t forget. The needs of queer youth have been obvious to people like program manager Laurie Colacurcio since COVID-19 forced the nonprofit to take its job virtual — and they’re especially apparent during Pride, when many are yearning for an in-person community they have never experienced.

“We’ve had youth who are saying, ‘Oh, this is the first year I’m out and I was really looking forward to my first parade,’” Colacurcio tells me. “And then the parade got canceled.”

This weekend, the typically large-scale Seattle Pride event will be virtual for the second year running, but that won’t stop the usual array of neighborhood festivals, house parties   and impromptu gatherings. Vaccination rates are high, restrictions are loosening, and the LGBTQ people I know are getting ready to protest, party and picnic.

But as more adults dive back into the bustling Pride crowds, we should spare a thought — and more importantly a dollar — for the LGBTQ youth who may not be able to gather in quite the same way.

Right now, Lambert House is facing unique logistical challenges that will make the return of in-person programming difficult. The organization generally serves youth ages 11-22, but in King County, only about half of teenagers have been fully vaccinated and fewer than 60% of those in their 20s have received both shots. Not to mention the fact that 11-year-olds aren’t even eligible for a vaccine at this point.

“In a given year at our physical locations, we have youth from 132 or more ZIP codes,” Ken Shulman, Lambert House executive director, explains, adding that the volunteers “similarly come from all points of the compass on a daily basis.”

It’s also hard to enforce physical distancing among youth, who typically like to cram together on couches and talk animatedly about … I don’t know, Pokémon? (I’m old now, I’m sorry.)  Due to those difficulties, Lambert House can’t open its physical doors quite yet. But that hasn’t stopped the organization from hosting an impressive array of virtual programs, activities and discussion groups this past year — over 20 a week — serving not just youth in King County, but worldwide.

This weekend, for example, when many adults will be celebrating Pride in a more-or-less “normal” way, Lambert House youth will be able to attend a two-part Digital Pride Sleepover and Brunch filled with games, movies and special guests, starting tonight, June 25, and continuing into Saturday, June 26. The program is a virtual version of the in-person sleepover and brunch Lambert typically hosted in pre-pandemic times.

“Youth have been working for three months to plan this event and they’re really excited about it,” Brandon Knox, program director for Lambert House, tells me, beaming with pride. He goes on to note that the kids have been sending out care packages with homemade cookies this month — a small reminder that they are still people, after all, and not just floating heads on Zoom.

For many youth, this event won’t just be fun, it will be vital.

As a white, openly queer woman living in Seattle — but having spent most of my adult life until recently in red states — I know how easy it can be to get lulled into believing that our area is uniformly welcoming to LGBTQ people. When you spend your days in and out of coffee shops where baristas wear pronoun pins, it can be tempting for someone with my privileges to believe that we really are some enlightened gay oasis. But for youth especially, that’s not the case.

Over the course of my reporting career, I’ve watched the growing disjuncture between legal progress for LGBTQ adults and the continuing harassment LGBTQ youth experience, not just in red states, but in blue ones, too.

According to 2019 GLSEN data, 74% of LGBTQ students in Washington regularly hear homophobic remarks at school and 70% hear transphobic comments. Almost half of our state’s transgender students (45%) reported being unable to use the right restroom at school. In total, over half of LGBTQ students reported experiencing verbal harassment based on their sexual orientation, gender expression or gender identity, and roughly a quarter had experienced some form of physical harassment. Those are the kinds of figures that rainbow crosswalks in Seattle and Pride flags in Olympia can’t paper over.

“There are many people who think that LGBT youth don't have any problems anymore — that it's easy for them,” Shulman says. “There are many people who think that parents don't kick their kids out anymore. They're surprised when they find out that in 2019 — the last year that we were in person for the whole year — Lambert House had 107 homeless youth that we worked with. And that's here in Seattle.”

The unexpected upside to Lambert House doing so much virtual programming this past year is that they’ve been able to reach youth they might not otherwise have found. Colacurcio, who came on board in large part to oversee discussion groups in more rural and conservative parts of King County, says that even though many youth are eager to get back to the house, others “have just really felt joyous to be able to connect” at all.

“They might be outside Seattle city limits,” she says. “We work with a lot of people in rural King County that wouldn’t be able to get a ride into downtown Seattle for the parade anyway, or come to our sleepover and brunch that we have at the house every year, but who are coming to the virtual sleepover and are thrilled to be able to do that.”

That’s why Lambert House is hoping that, in a post-COVID world, they’ll be able to maintain their current level of virtual programming even after in-person activities restart. But that will require continuing support not just from the city of Seattle, but from childless adult LGBTQ+ Seattleites like me, who need to remember that queer kids are here, too. As gay icon Whitney Houston so memorably reminded us, they are the future, after all.