For homeless solutions, Seattle can look to New York and Vancouver

Housing vouchers and guaranteed income could transform our city and help suffering citizens get housed. 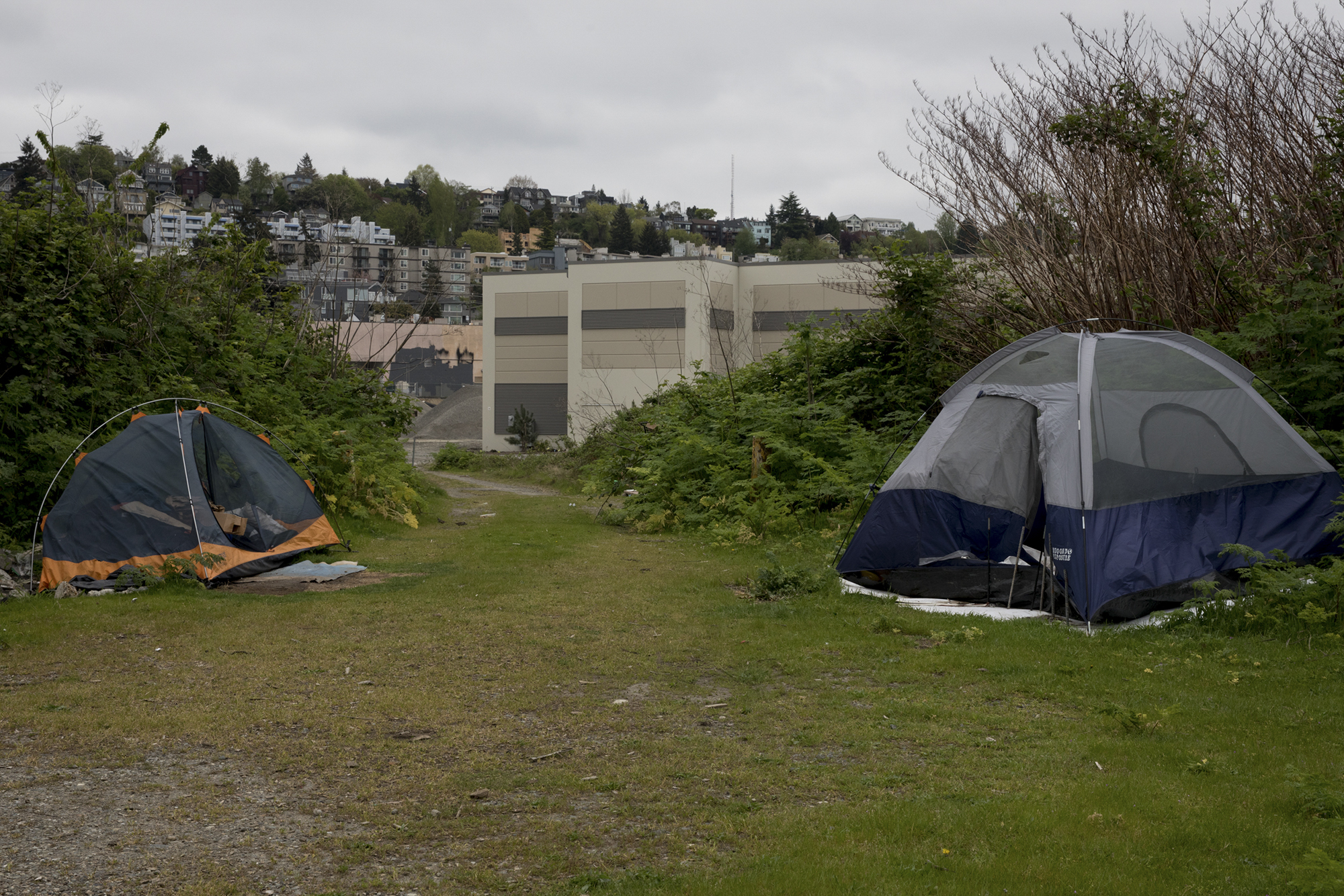 Seattle is five years into a state of emergency, and yet today we have more citizens suffering through the hell of homeless living. This is despite the fact that we know exactly what it takes to solve the problem. The most effective solutions are expensive and will take a few years to build out, so we need a stopgap in the meantime. Thankfully, we can look at more practical progressive work done recently in New York City and Vancouver, British Columbia, for inspiration.

The New York plan is pretty simple: Pay poor people’s rent. Give them rent vouchers that cover enough to actually get them housed. The vouchers work under the assumption that people shouldn’t have to pay more than 30% of their income on rent. So renters pony up their 30%, and the city tops up the rest, up to $2,217 per month for a family of three seeking a two-bedroom apartment. This, according to the New York City Council, could put some 72,000 apartments in reach for people earning up to 250% of the federal poverty line. That’s enough to get the rough sleepers off the street and nearly clear out the city’s enormous shelter system. To do this, the city council estimates it will need to spend only an additional $180 million a year, a drop in their budgetary bucket.

It should be easier in Seattle than New York City. The homeless population in the city that never sleeps is larger on a per capita basis, and Seattle’s households make more money. Our rent is cheaper than theirs, too. That means New York has more people to house in more expensive units, and less money to spend on it. So in some sense their problem is tougher to solve than Seattle’s.

But Seattle has some special challenges as well. King County has five times as many unsheltered neighbors per capita, which may mean that a much larger portion of our unhoused neighbors are “chronically homeless.” Vouchers won’t work for these folks, as they need permanent supportive housing. And since New York already spends approximately $356 per resident each year on homelessness, and the Seattle region only spends $116, we are starting from a lower base. If New York can redirect some of these funds to its voucher plan, its actual spending increase may be smaller than Seattle’s. In any case, the overall cost for New York City is higher, and there is no reason to think the differences in Seattle should prevent us from taking action.

Still, we can estimate what it would cost for our region. In King County, there are roughly 11,751 people without housing. A total of 6,228 are in shelters, while the rest — 5,523 — are unsheltered.

Of the total, 3,743 of our unhoused neighbors belong to families with children, and 3,355 people are considered “chronically” homeless. This latter group need lots of social and behavioral support, and cannot be placed in private rentals.

We can start by paying rent for people stuck in our shelters who aren’t chronically homeless. If we rent one-bedroom units to half the families, two-bedrooms to the remaining families, and studios to everyone else, that’s roughly $8 million a month at market rates. Let’s assume we will spend $100 million annually, since extra staff and insurance policies may be needed. Keep in mind that this proposal is more generous than the New York scheme, as there is no required 30% of income contribution from the resident. That could be phased in after people get stabilized.

This intervention alone would transform our city. It would empty the shelters and ensure that all our children are housed. The chronically homeless — those who can stand to live in a shelter — could move inside and receive services while waiting for placement into permanent supportive housing. In the meantime, there would be about 4,000 additional shelter spots for folks who rotate in and out of homelessness during the year. And with King County building 2,000 permanent supportive housing units for the chronically homeless, and the Compassion Seattle amendment, if passed, requiring the construction of another 2,000 units within a year, all 6,500 shelter spaces could soon be available to the episodically homeless. That may even be more than we will need; some shelter space could be converted to affordable housing, as Toronto is considering.

Of course, we need places for everyone. But Seattle has more than enough space. While we know that many landlords discriminate against tenants who rely on government subsidies, this is outlawed in Seattle, just as it is in New York City. And compared with the chronically homeless, and the stereotypes based on them, voucher holders are much less likely to have behavioral issues. Landlords might even be thrilled by such an arrangement; guaranteed income when vacancy rates are so high should be attractive. While it is likely lower now, the greater Seattle rate was at a decade high of 7.3% in January. (A survey of Seattle apartments around the same time puts their vacancy rate at 10.3%.) The size of our housing stock implies there are about 25,000 apartment vacancies in Seattle and 72,000 total vacancies countywide.

I’d like to see us get a bit more ambitious. Based on estimates, we can assume that roughly 15,000 or so people cycle in and out of homelessness per year in King County. Let’s learn from our neighbors just to the north: Cut each of them a check. In 2018, Vancouver offered cash to people who had gone without housing for six months or less, and who didn’t have severe substance abuse issues. This is very much akin to the folks who cycle in and out of the Seattle system, as opposed to the more visible, chronically homeless, many of whom suffer from severe addiction and mental health challenges.

According to research from the New Leaf Project, a joint effort by Foundations for Social Change and the University of British Columbia, it worked. Out of the 115 people in the study, the 50 lucky recipients received $7,500 in cash per person, and were compared with a control group. The researchers reevaluated them in a year. The people who received money spent significantly less time homeless and increased spending on food, clothes and rent. They were more food secure. On average, recipients even had $1,000 in savings after a year. And contrary to stereotypes, they cut their spending on alcohol, cigarettes and drugs by almost 40%.

The benefits flowed to the community as well. Just keeping people out of the shelters more than covered the cost of the checks. And that doesn’t count the other big sums likely saved on emergency care by health systems. Nor does it include savings from reduced police enforcement, or nonfinancial benefits to neighbors.

The results shouldn’t be surprising. According to a literature review of over 200 interventions by the Overseas Development Institute, a London-based think tank, direct cash transfers increase school attendance, health outcomes, savings and investments. Their effect on employment is less clear; studies often show no effect, though some show a positive impact. Direct cash reduces poverty and physical abuse of women, and it increases contraception use.

Last year, Vox interviewed Claire Williams, the CEO of Foundations for Social Change, the charity behind Vancouver’s cash transfer project. She pointed to the large lump sum as a key differentiator for the British Columbia intervention. “The research shows that if you give people a larger sum of cash up front, it triggers long-term thinking, as opposed to just keeping people in survival mode,” Williams said. “You can’t think about maybe registering for a course to advance your life when you don’t have enough money to put food on the table. The big lump sum at the front end gives people a lot more agency.”’

Incidentally, this is just one of many studies showcasing the benefits of basic income grants. According to Give Directly, the heavy research on the subject shows cash transfers increase school attendance, spending on food and investment. They make people happier, healthier and less likely to commit crime. Direct money for the poor also cuts poverty and spending on alcohol and tobacco, and doesn’t discourage work. It’s actually more effective than vouchers and food assistance.

If we spend $7,500 for each person cycling in and out of homelessness in King County, that will cost about $110 million per year. That should be enough; rent in Vancouver is about one-third higher than it is here — and, remember, this program paid for itself just in shelter savings.

But even setting that aside, the estimated total cost to implement both interventions in King County — the New York City vouchers and the Vancouver guaranteed income — is $210 million. That is about 3% of the city budget, or about 13% of the general fund. It’s also just a bit less than the newly passed business tax, JumpStart, is likely to raise, although that may still have legal challenges ahead.

Absent a reliable funding stream, major obstacles remain. The most formidable are political. The region’s centrist crowd tends to be too incrementalist to handle the scale of problems that come from being the fastest-growing city in the country. Going big on vouchers seems unlikely for people steeped in the Seattle process. Meanwhile, our progressives aren’t much more promising. The Seattle City Council has held a veto-proof majority and could have raised tons of money for housing with taxes that redistribute from the rich to the poor. But they haven’t and our streets are still swamped with suffering citizens. Something as practical as a voucher seems unlikely to rise to the top for this group.

Still, I haven’t lost hope. Our unhoused neighbors are hurting (and dying) and we are rich. We need a fix to homelessness in Seattle. As with the tree in the Chinese proverb, the best time to do this was long ago. But the next best time is now.


Editor's note: This op-ed was updated after it was published to reflect more accurate market rate data for the price of rental housing. 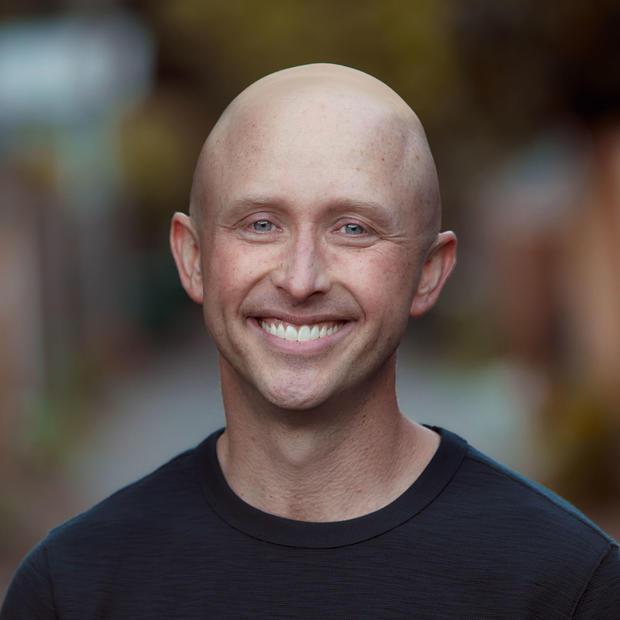 Ron Davis is an entrepreneur, a graduate of Harvard Law School and a Seattle activist focused on making the city more inclusive and more urban.