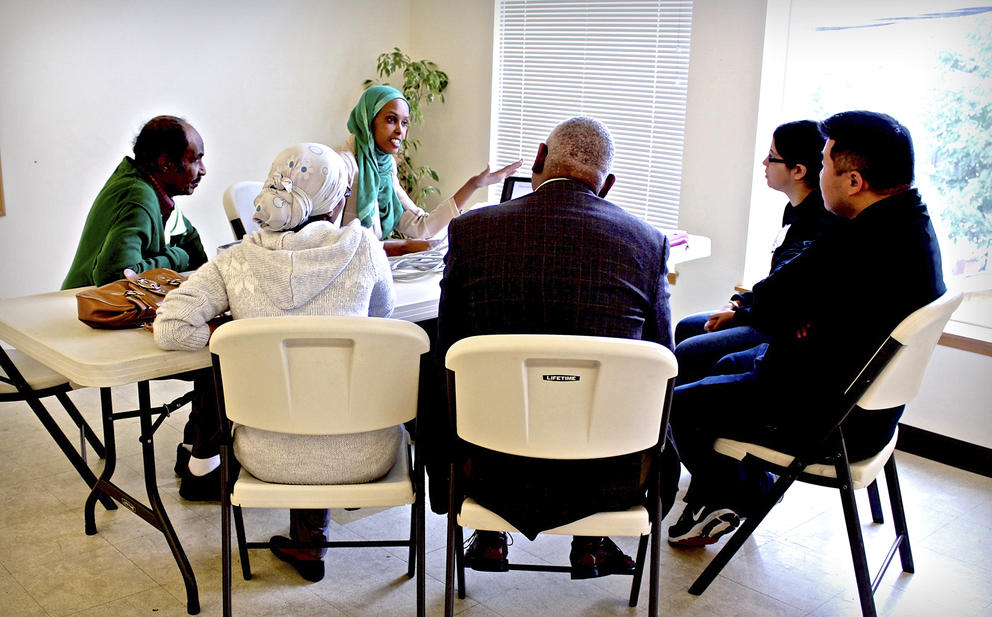 Eleven years ago, I experienced a mental health crisis. After years of insomnia following PTSD and postpartum depression, I left my babies at home with my mother. I told no one, but at the time I had the feeling that I was in danger.

I found myself at a Metro bus stop. A school bus pulled up. I boarded. I watched myself as if watching someone else: asking for the police, saying what I thought could get me arrested, so that I could be taken somewhere safe. For three nights in jail, I slept more deeply than I had in years.

Recent news coverage has forced me to relive this painful moment, one of the most challenging of my life — this time through the lens of national right-wing media, which has unleashed vicious attacks on me. People have asked me to explain what happened. How does one make sense of the senseless? Why would I, who had seen how police in the United States treat Black bodies, ever think of jail as safe? I can’t make sense of it. All I know is that, at the time, getting arrested was the only avenue that made sense to me.

As a mother, I’ll never forget the faces of the children who were impacted by my actions that day. They could have been my own. Some were laughing at me, and some were truly scared. No one was ever in real danger from me, but how could the children on that bus have known?

Since then, I have paid the fines, sought counseling and acknowledged the harm I caused. The most healing and reparative thing I have done is something the court never asked me to do: I have continued to become deeply involved in addressing the societal root causes of the trauma that had manifested in me that day.

It’s not easy to think about how I acted, or the compounding traumas that led up to it, including displacement and forced migration as a refugee; the financial and physical insecurity of living here as a Black, Muslim mother who has experienced houselessness; being physically attacked; and dealing with postpartum depression and insomnia without a safe place to turn to.

In the 11 years since then, our society continues to stigmatize mental health as an individual burden, when in fact healing happens in community. Compared with 2019, Public Health — Seattle & King County reports a 20% increase in calls to its behavioral health crisis line from June 2020 to May 2021. Healing, recovery and trauma work is daunting, and instead of encouraging us to care for each other in our time of need, right-wing media has incited hundreds of people to leave me disturbing and threatening messages, including from one man who said, invoking the N-word, “We’ll send that terrorist … back to her fucking country in a plastic bag.”

At 15 years old, when I came to the U.S. as a refugee from Somalia, I gained a firsthand understanding of the difficulties navigating a foreign culture and system. As a Black, Muslim woman, I also came to understand how our current systems value a small few, while overlooking many — and, as a result, how we all suffer. I saw how my friends were working two or three jobs, only to wonder how they would pay bills at the end of the month. I came to learn that we’re segregated into certain neighborhoods not by choice, but because of a history of discriminatory lending and racist policies. Learning to organize donors with the Social Justice Fund, I began to see that another future is possible, one in which, rather than waiting for the already powerful to make decisions for us, we, as a community, build a better vision together, join forces to make it happen and grow our own power.

In the decade since my crisis, I have learned through therapy and counseling how to process my traumas in ways that won’t harm me or others again. I earned a Master of Public Administration from Seattle University. I fought for, and won, affordable housing, transit equity, millions of dollars invested in Seattle’s most marginalized communities, increased wages for workers and racial justice in policy-making. I became a homeowner, a leader of Seattle’s Equitable Development Initiative and the mother of three, incredible, Black, Muslim, second-generation American children. Today, I am a candidate for King County Council.

I've lived in King County for 25 years now. This is my home and my community. Even with the countless threats made against me and my family over the past few weeks, I can recognize that the hatred of these strangers is also a byproduct of our collective trauma wrought by a society that alienates and others people, and  lacks in the wisdom of what author and movement leader Staci Haines calls “resilience.”

In The Politics of Trauma, Haines defines resilience as “our ability to ‘come back’ to ourselves, to connectedness, and to positive vision, even when the experiences and conditions are difficult. It is our ability to stay connected to hope and goodness, and relate this to how we choose, act, and decide.”

Due to my misdemeanor I received as a result of my actions 11 years ago, I had been banned from contacting the kids on that school bus or even participating in school field trips with my children — one of many examples of how the judicial system denies resilience and makes repairing relationships more difficult. But I have nevertheless continued to build community with other young people, organizing group therapy with East African youth. Paying fines alone wouldn’t have given me the chance to confront my shame, turn my pain into gifts and grow my own resilience in this way.

Those questioning my candidacy show a similar mindset as the judicial system, one that doesn’t account for my personal growth. It is curious why those same people hurling racist, Islamaphobic and misogynistic vitriol at me don’t appear to be questioning incumbent Councilmember Reagan Dunn’s ability to derive wisdom and compassion from his past alcoholism. No one deserves the hate I’ve received — and it should be unambiguously condemned. The solution doesn’t lie in portraying people like me as un-American, or attacking us personally when we run for office. The solution lies in restorative healing.

Restorative healing is about repairing the harm caused by trauma, which allows for the genuine transformation of people, relationships and communities by breaking cycles of harm. One of the four cornerstones of my policy platform is to build systems that acknowledge the restoration necessary to repair relationships and create sustainable, regenerative resilience. I believe it because I’ve lived it. After my mental health crisis, I was able to grow a community of friends and family to lean on when the stresses of life come up. I learned to rely on the support of my mother and children, who are my greatest joy.

In my career, I’ve applied this principle in healing my early displacement wounds as well. My direct experience leads me to advocate not only for more funding in communities directly impacted by historic oppression and systemic disinvestment, but more importantly that such funding be directly designed and led by the people most impacted. I’ve seen that when we support bottom-up, co-created solutions that center the inherent wisdom and goodness of all people, we begin to see promising, lasting outcomes, taste the experience of collective liberation and grow trust and unity across differences in class, race and culture.

I’m running to represent District 9 not in spite of my history, but because of my direct experience with both societal trauma and restorative healing. Being through our society’s wringer only makes me a more tenacious and compassionate leader. We need leaders who have grappled directly with our deep societal fissures, ones that the pandemic has only exposed more plainly. My campaign for King County Council in District 9 is proof that a restorative approach is possible.

I have found trust and partnership among those who see that even traumatic experiences can serve as gifts when channeled into repairing and healing society. Instead of inciting hatred, now is the time to come together and appreciate the perspectives, shared or unique, that make King County the wonderful place it is.

The convulsions of 2020 have shown us how our personal well-being is closely tied with our collective well-being. We have made sacrifices out of care for each other, and we have also grieved: the loss of physical connection and community, the loss of normalcy, the loss of loved ones and the deep impacts of systemic racism and white supremacy. In a society this hurt, how do we cope with our interconnected traumas? How do we heal as a community?

COVID-19, just like my personal crisis, exposed tension and pain that had long been brewing under the surface. Healing didn’t mean trying to erase my traumas, or going back to who I had once been, and that goes for us right now. My crisis forced me to reckon with my full complexity. In the process, I became more aligned with who I truly am and with my values. Building our resilience, as I did, is also how we heal from the enduring consequences of the triple pandemic of systemic racism, economic crisis and COVID-19.

A restorative approach to these monumental problems is not only important, but necessary. As we continue to recover, we will need our policies to be centered on our experiences. We will need our leaders to be compassionate and resilient. We will need each other more than ever to build back what we have lost, and with some work, there’s no telling what we can accomplish together. 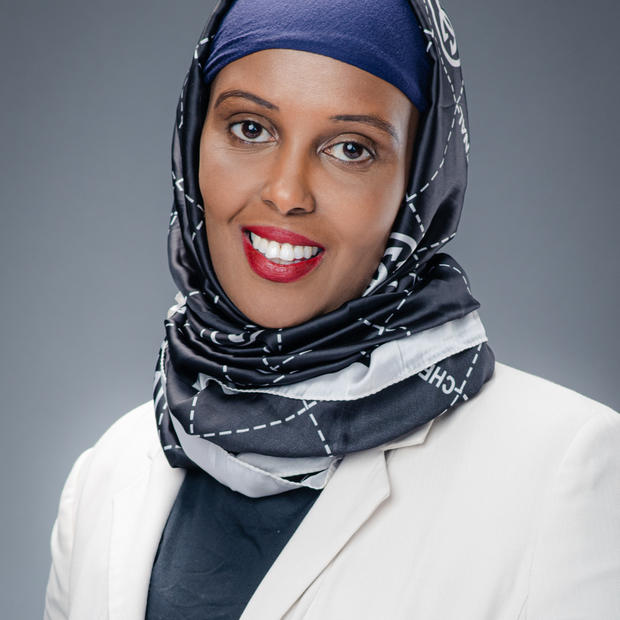