UW police lawsuit underscores the intersection of race and class 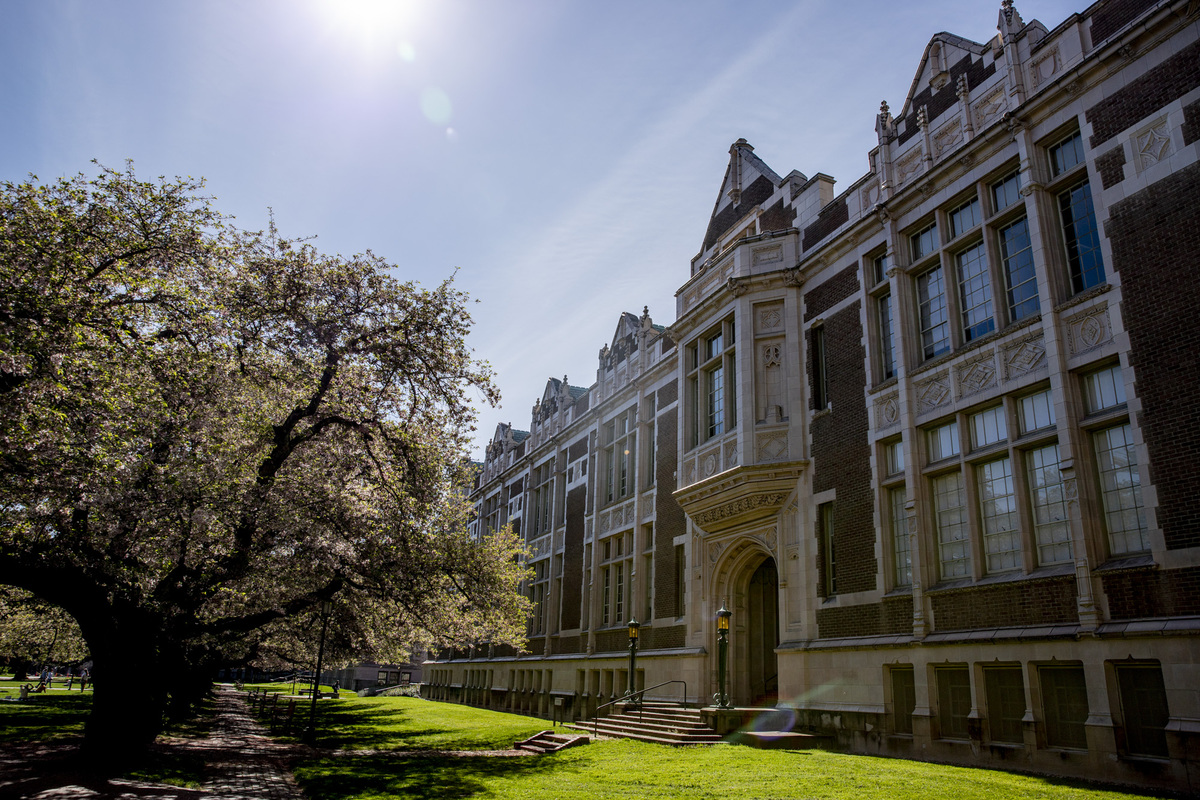 The University of Washington campus on April 13, 2020. (Dorothy Edwards/Crosscut)

Last month, the New York Times reported that five Black rank-and-file campus police officers are suing the University of Washington for $8 million in damages. They claim that they have suffered “unbearable” racism on the job by their white supervisors and colleagues. They report being called racial epithets, referred to as “monkeys” and having bananas left in their lockers, being told, “I thought all you guys like watermelon and Popeyes chicken.” They say they overheard white officers say that George Floyd got what he deserved, and even being hit with a stick by a white officer, who then said, “You people should be used to being hit with these.”

“I can’t sleep sometimes,” Black officer Russell Ellis, one of the plaintiffs in the case, told a reporter. “This has affected me in ways that I couldn’t have imagined.”

Their case illustrates a pervasive but insidious aspect of systemic racism — the intersection of class and race — and an all too familiar hallmark of on-campus life.

The oft-used phrase “town and gown,” describes the separation between an academic campus and the local community. But that dividing line hides a deeper truth: No academic institution can survive on academic labor alone. Although they may be described as “ivory towers,” college and university campuses require nonacademic workers for support — lots of them. To the point that many colleges and universities are among the largest employers within their communities. That’s the case for Western Washington University in Whatcom County, Central Washington University in Kittitas County and Washington State University in Whitman County. The University of Washington itself is the fifth largest employer in the state. These workers are administrative personnel, building and maintenance personnel, cafeteria workers and public safety personnel, like the five Black officers at UW.

Academic campuses are microcosms of American society. On campuses, as in society at large, there are various vectors of inequality. One prominent dividing line is that between those who teach and learn, and those who labor and maintain, a schism that signals a belief that those who possess degrees and those working toward them are a notch above the rest. That’s a distinction based on class, and a perceived, though not necessarily true, notion that education conveys greater social status.

Attention is more often focused on the academic side of a campus. Studies may look at the racial fault lines that exist — the diversity of the student body and faculty, the recruitment and admissions efforts of the institution and the tenure granted to faculty of color. In May, for example, the University of North Carolina, for apparently purely political reasons, initially denied tenure to famed investigative journalist Nikole Hannah-Jones, who led the 1619 Project on slavery for the New York Times. (Following an outcry, the university’s board of trustees reversed its decision and offered Hannah-Jones tenure.) But the five UW campus police officers remind us that our attention should also be directed to the nonacademic side of the campus, where racial fault lines also exist.

The situation’s broad outlines bear similarities to the structure of class and race in early America, prior to the advent of slavery. In colonial times, wealth defined class. You were either part of the planter aristocracy, which owned land, or part of the indentured servant class, which worked for the planter aristocracy. You might think that indentured servants were bonded regardless of race, since they were allied against the harsh working conditions imposed on them by planters. And for a time, at least, that was true.

“Before the invention of the Negro or the white man or the words and concepts to describe them,” the historian Lerone Bennett Jr. has written, “the Colonial population consisted largely of a great mass of white and black [and native] bondsmen, who occupied roughly the same economic category and were treated with equal contempt by the lords of the plantations and legislatures.”

Court records, church rosters and marriage certificates provide some evidence of wide bonds of solidarity between the first generation of Black and white indentured servants in America. They labored together, intermarried, shared similar aspirations and grievances against the planters and even ran away together. Some historians have suggested that it proved difficult for planters to teach their white indentured servants to worship their skin color.

But by the middle of the 17th century, within a generation of the arrival of the first Africans in America, that all changed. The lords of the legislature, who were planters themselves, enacted laws against intermarriage, meted out harsher punishment for Blacks accused of the same transgressions as whites and extended indentured servitude to lifetime servitude, and ultimately to slavery.

The message was pretty clear: You may not be as good as us (class) but at least we’ve allowed you to be better off than them (race). And that formula, which first carves American society across class lines, then further carves it based on race, has been in use and in place ever since. It’s a tried and tested way of keeping the 1% in power while setting the 99% at odds with each other based on race.

Racism began as a choice in America, one that for most now seems the way it’s always been. UW can choose to change this, at least on its campuses. It can settle with the officers involved, and enforce the same set of rules that govern diversity, equity and inclusion on the academic side of campus on the nonacademic side as well. The intersection of race and class is not set in stone. It can, and needs to be, dismantled.