Carmen Best says the police and the community need to work together to build trust. 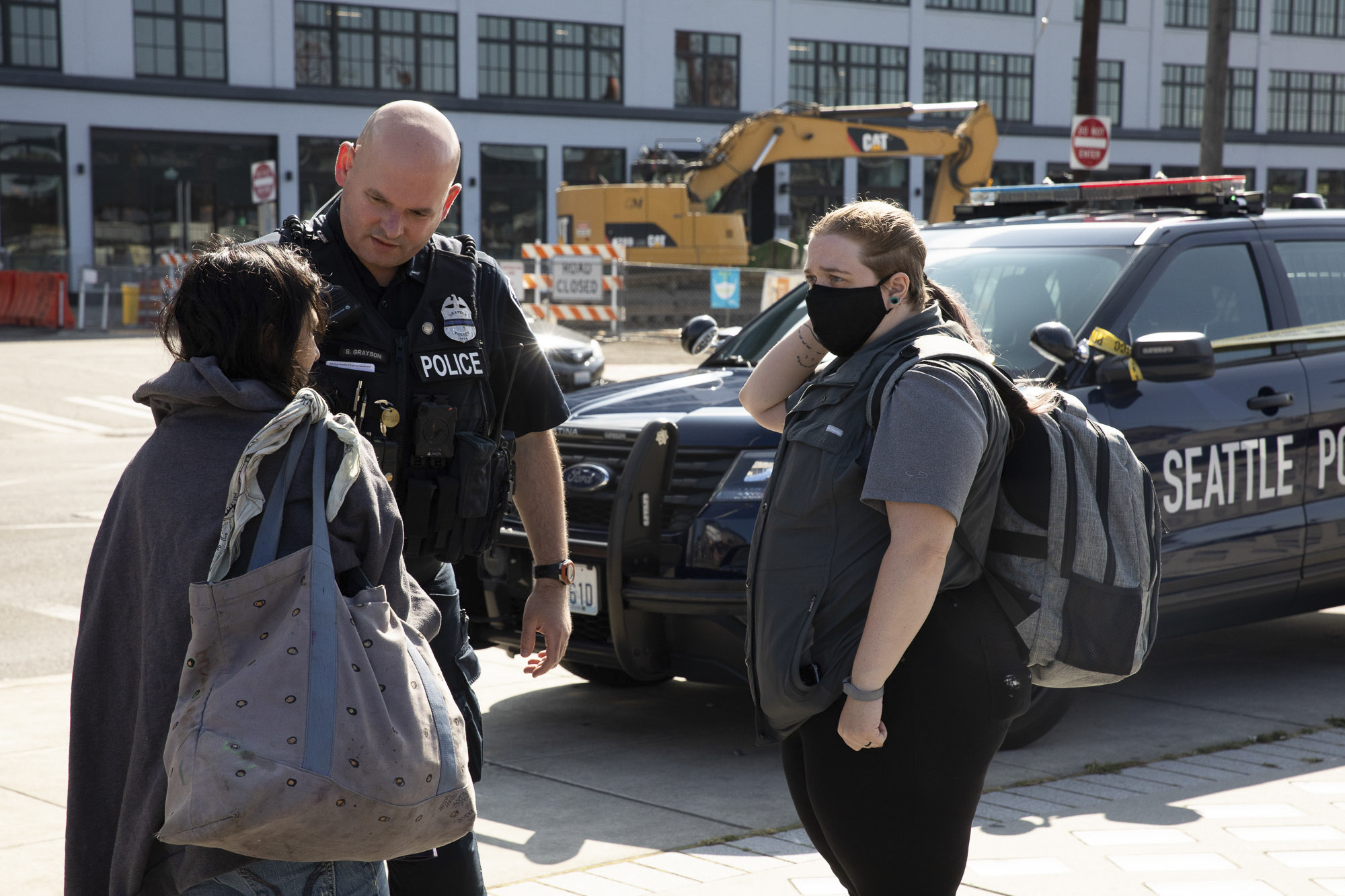 Mariah Andrignis, at right, a social worker from Downtown Emergency Service Center (DESC) who contracts with Seattle Police Department (SPD) to help with crisis response, works with SPD Crisis Response Team officer Sandlin Grayson while speaking with a witness at the scene of a fatal stabbing in front of Seattle Fire Department's Station 5 along Alaskan Way in downtown Seattle, August 6, 2020. (Matt M. McKnight/Crosscut)

There have been several attempts over the years to fully explain what led to the great crime decline of the past decades, but no one has been able to do so convincingly. Now we face another related, but much more troubling, question. Currently, we are in the midst of one of the largest spikes in gun violence of the past 50 years. King County, not spared from this disturbing increase, is on track to experience one of the bloodiest years in recent memory — and we still are struggling to understand the key factors driving these trends.

Early theories and evidence explaining the spike make some sense, but there are shortcomings. Some argue that the significant increase in gun sales during the pandemic is driving the violence. It is true that there are too many guns on our streets. But this was the case before the pandemic, and it remains unclear whether the recent gun-buying surge changed the dynamic on the streets.

It is clear, too, that the stress and social upheaval of the pandemic affected everyone profoundly, leading some to suggest that these convulsions are fueling the uptick in violence. But this was a global pandemic, and these effects took place in every other industrialized nation. While murder rates have risen in some developed countries, the increases are still well below what the United States has seen.

We also know that the homicide rate has fluctuated widely across the country, ranging from increases in places like Portland and Seattle to actual decreases, as has been the case in Chicago and Boston. What explains the fluctuations? Some observers point to increased group conflict, while other cities say this comprises only a small portion of their increase, compared with the rise of seemingly random, violent, interpersonal conflict.

In some cities, the 2020 spike, coming at a time when society remained virtually closed, outpaced the increases other cities have begun to see in 2021, perhaps a result of the return of outings and nightlife, which has put more people on the streets. Additionally, many court systems across the country have experienced trial delays and changes in standards of what gets a person held in jail. Some have argued this has led to additional crimes being committed by violent individuals who before the pandemic would not have been on the streets.

Finally, many, but not all, major U.S. cities have experienced prolonged social justice protests and, as a result, have seen significant decreases in sworn officer headcount. These declines have dovetailed with a decrease in officer tendency — be it COVID-related, staffing related, or a response to calls for police to do less — to engage in proactive policing, a strategy that, when done correctly, has shown to be essential in helping to prevent and interrupt violence.

So, where does this leave us? While the answer is still murky, an effective response does not need all the answers, because we know that an essential element of policing is trust.

It does not take an avalanche of data or a research-tested theory (though both exist) to understand that the past 18 months decreased overall trust many communities have in their law enforcement agencies. As a 28-year champion and practitioner of real, action-oriented community policing, I know that relationships are everything. When officers do not have time to connect with members of the community because of staffing constraints, or when the community is not interested in or is unable to engage in co-creating community safety plans, public safety suffers.

The path forward is clear: Police and community have to work together. Detectives cannot solve cases without willing witnesses. Patrol officers cannot decrease activity at a hotspot without community pitching in. Crime prevention officers can solve long-term problems only when a community wants them solved, too. At a time of limited capacity and resources amid an alarming uptick in violence, this will require investments, both local and national, to support staffing, social service responses and evidence-based programs.

While every community is different, the principles of real community policing are not, and we need to help ensure all departments are engaging in an effective model. This means letting communities identify their concerns; devoting resources based on 911 calls and deployment models is no longer sufficient. And it means letting communities be a real part of the conversation about how those concerns are addressed. Police departments need to be known enough and comfortable enough to offer their strategies and to hear, and whenever possible accept and respond to, community concerns about disparate treatment.

I know from spending my whole life and career with communities that suffer the most violence that these are the communities that also suffer from government underinvestment, underpolicing or, worse, harmful policing. These communities want to see police officers, to know police officers and to feel safe in their homes and on their sidewalks, and they deserve to have confidence that officers are engaged in fair, just and constitutional policing for every person. Only when we achieve this balance will there be the space to do the work only community can do. 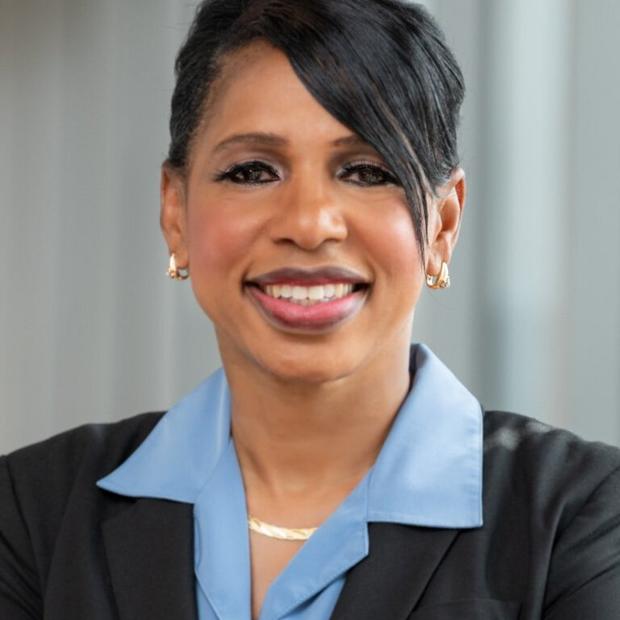