Two prevention experts debunk myths about suicide, and explain what we can do to decrease these deaths. 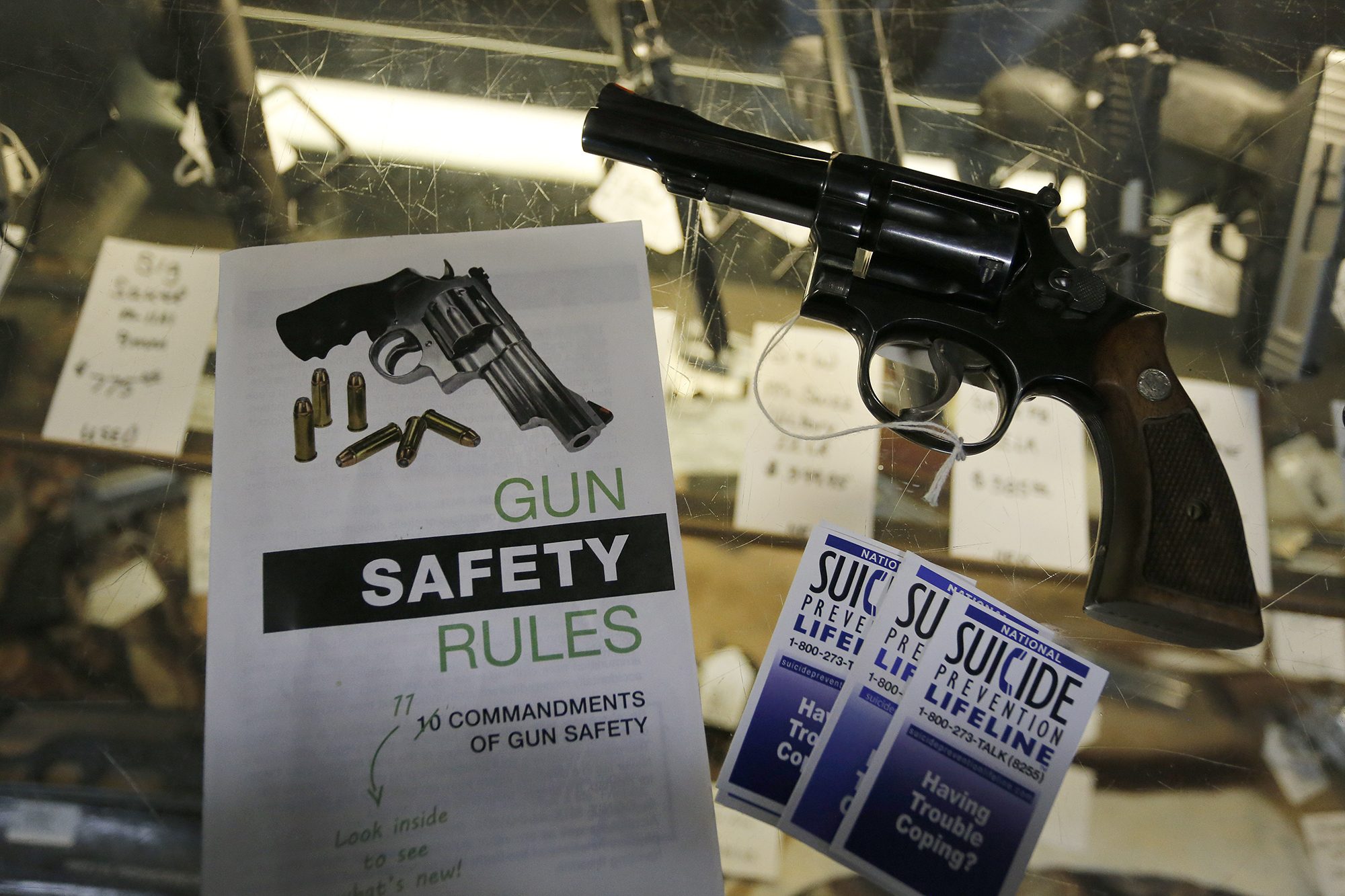 In this Feb. 23, 2016 file photo, gun safety and suicide prevention brochures are on display next to guns for sale at a retail gun store. (AP Photo/Brennan Linsley)

The call came after midnight, an old military friend in crisis, desperate, talking of suicide. A pause. Then a response: “How about I pick up your guns and hold them for a while?”

Recent headlines of violence in Seattle have prompted reflection about what we’ve long known about firearms injuries and deaths — and what we can do about them. To us, a firearms instructor, former Marine and manager of Forefront Suicide Prevention’s Safer Homes Suicide Aware program at the University of Washington (Brett), and an assistant professor of psychiatry in the UW School of Medicine (Jeff), the middle-of-the-night timing of that call to Brett, years ago is an apt metaphor for the darkness obscuring a key fact about firearms deaths.

If you need help, find a list of mental health resources at the end of this article by clicking here.

The good news is that we have ready solutions tailored to this problem and supported by law in Washington state, including temporarily storing a suicidal person’s firearms away from the home, just as Brett did for his friend, and just as Richard Sherman’s family did for him during a recent crisis, according to media coverage.

Let's first clear up some misconceptions about suicide.

Myth No. 1: “If somebody’s going to kill themselves, they’re just going to do it.” In fact, suicide is not inevitable, even for someone who appears determined to die. More than 90% of people who live through a suicidal crisis do not go on to die by suicide. Saving a life — yours or a loved one’s — through a chapter of suicidal despair almost always promises a chance to live new chapters of hope and recovery.

Myth No. 2: “There are a million ways to kill yourself. If they don’t have a gun, they’ll just find another way.” But “method substitution,” as it’s called by researchers, is not common. One research study that tracked people who were stopped from jumping from the Golden Gate Bridge found that 95% of them got a second chance and did not go on to die by suicide.

On the other hand, suicidal people who respond to the pain, problems and desperation in their lives by choosing a firearm to attempt suicide almost never get a second chance. Around 90% of suicide attempts using firearms are fatal, simply because guns are so lethal.

If someone in a suicidal crisis puts time and distance between themselves and their firearms, they are much more likely to survive to see their life improve. In 2006, the Israeli Defense Force tested this theory with a policy change that had soldiers leave their service weapon on base when they returned home for the weekend. This resulted in a 70% reduction in weekend firearm suicides and a 40% reduction in overall suicides. Other studies confirm that when people have time and distance from a lethal method of suicide, it can be lifesaving.

Safety solutions addressing the leading cause of firearms fatality do not require contentious political battles. To borrow from Dr. David Yamane at Wake Forest University, efforts to keep people safe from guns need not preclude efforts to keep people safe with guns — especially when an estimated 40% of households in the U.S. have firearms. People at risk of firearm suicide typically own firearms already. Therefore, efforts to reduce this risk necessarily focus on education, training and culture change among firearms owners to promote safety from suicide. This builds on existing firearm safety goals of protection from home invasion and unintentional injury.

Brett held his friend’s firearms for more than a year and returned them when everyone, including doctors, agreed that his friend was through the crisis and had a set of tools to face the problems in their life. In Richard Sherman’s case, his family and friends worked together to increase safety by storing his firearms away from his home and enlisting the support of law enforcement, the gun retailer and an extreme risk protection order to ensure he wasn’t able to access new firearms. As with Brett’s friend, disarming the crisis by removing the firearms allowed time to make the brave choice of getting support for mental health and other problems.

Perhaps you feel defeated and discouraged by repetitive media cycles about mass shootings, homicides, increasing firearm sales and well-wishing thoughts and prayers. If so, consider supporting solutions that limit access to firearms when you or someone you’re concerned about is at increased suicide risk. Secure firearms in the home with locking devices or safes, arrange for safe storage of firearms outside of the home with family, friends or an organization that offers this service, or consider legal routes such as a voluntary waiver of firearm rights or extreme risk protection order.

These approaches address the majority of firearm deaths, do not require polarized political battles and connect people across a diversity of perspectives. We welcome your call to learn more, even if it is in the middle of the night.

If you or someone you know needs support for mental health, here’s where to find help. 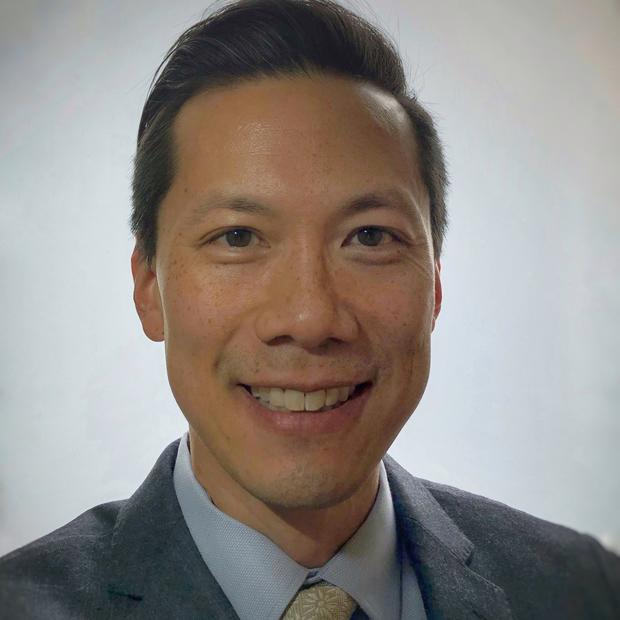 Dr. Jeffrey Sung, a clinical assistant professor in the department of psychiatry and behavioral sciences in the University of Washington School of Medicine, is a faculty member with the Center for Suicide Prevention and Recovery. 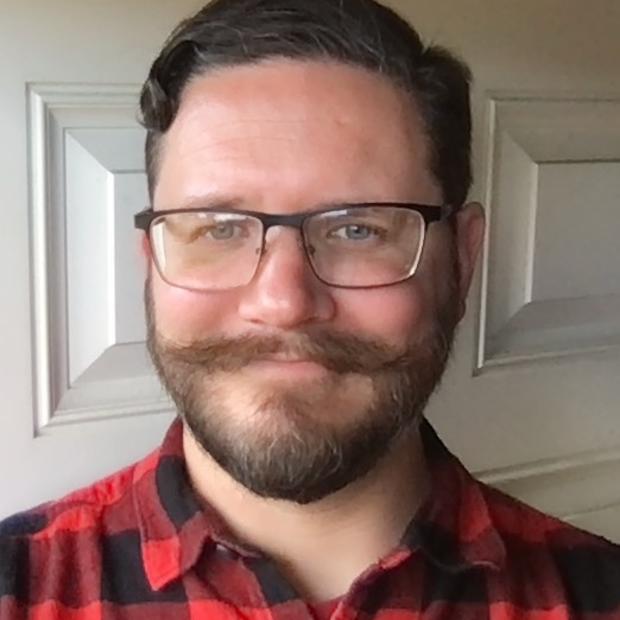 Brett Bass is manager of Safer Homes at Forefront Suicide Prevention at the University of Washington.