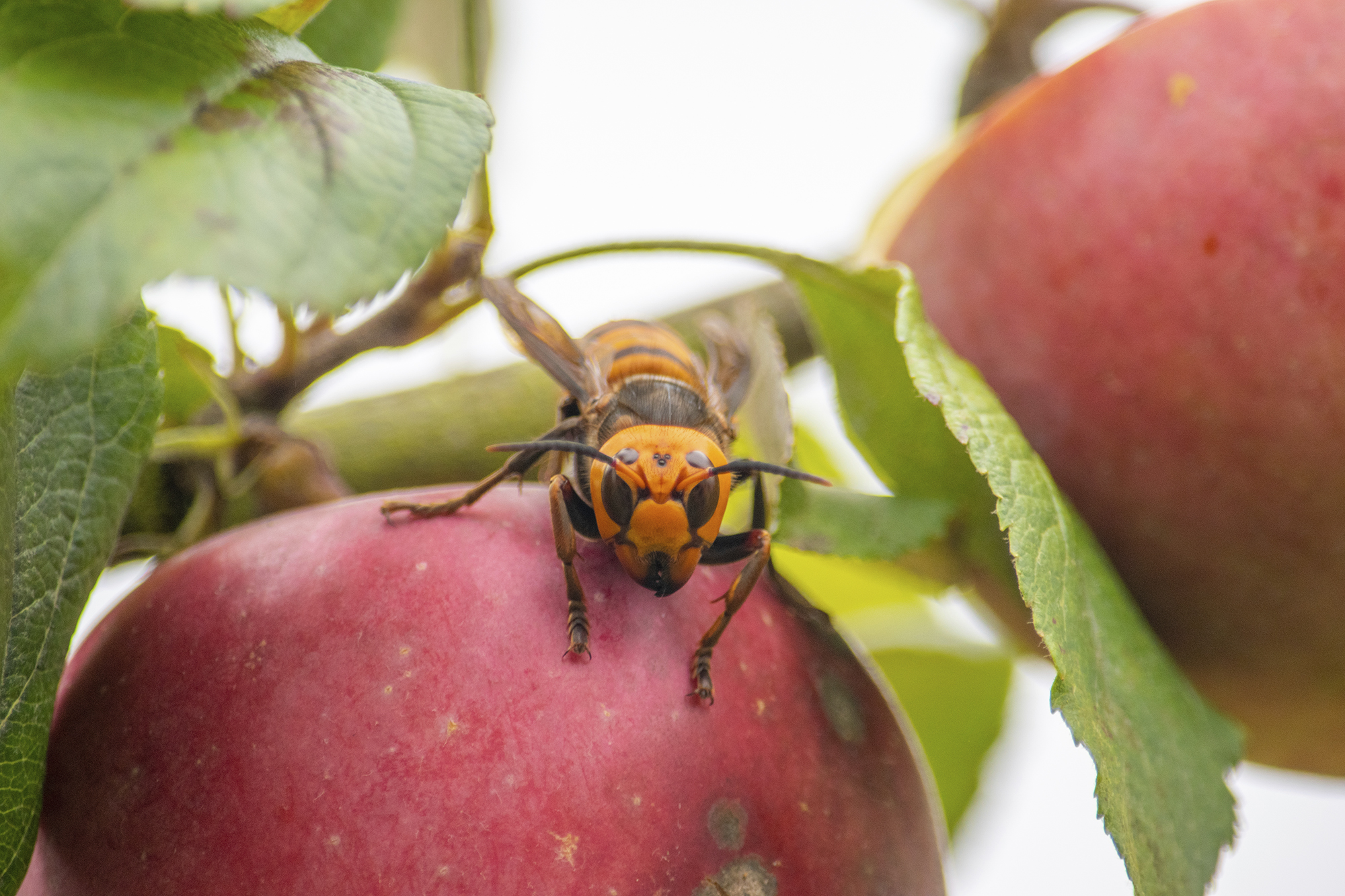 I grew up in a hybrid household, where my father cultivated chives and bok choy and edible chrysanthemum, planting seeds and starts in a plot of earth he had overturned in the middle of our north Idaho pasture. After my grandfather died, my father’s gardening intensified. At the time, I understood this as an effort to turn the abstraction of his Chinese heritage into something tangible and rooted in the earth, growing Chinese vegetables from North American dirt.

But then I went to college, and, as I learned more about ecology, I started seeing threats everywhere. Within the dominant paradigm of natural resource management, invasive species are a problem. Some exotic species can outcompete natives, interbreed with them, contaminate the stock. Hybridization is one of the leading causes of biodiversity loss. In one iconic story of the West, bull trout have lost themselves to brook trout in this way.

I came home worried that my father’s field of chrysanthemum would invade the last traces of native prairie on our ridge, and I demanded that he replace his Chinese vegetables with native plants. I don’t remember if he did. I do know it never occurred to me that, as a budding ecologist, my environmental enlightenment was displacing my father’s heritage, which was also my own.

My grandpa used to tell me stories in rambling Chinese, which my father would translate on the spot. When my grandpa died 20 years ago, my father started translating the work of the eighth century poet Li Bai. This spring, his efforts have intensified, as if he’s conjuring bridges between worlds — between China and Idaho, between a father and his child, between the living and the dead. He sends me poem after poem about cranes hungering for home. Legend has it that Li Bai’s poems were so realistic that his cranes flew right off the pages. Chinese folklore is full of stories like that, stories about imagination becoming flesh. In another famous tale, the painter Zhang Sengyou created four dragons in breathtaking detail, but did not mark the pupils in their eyes, guarding against the verisimilitude he feared would allow them to leap out of paint and into life. When someone else decided that the dragons were not biologically accurate and drew in their pupils, the dragons raged into life and the story ended in a maelstrom.

Growing up, I didn’t recognize the story of racialized violence written in the landscapes surrounding me:  the tree near my hometown officially designated Idaho State Historical Site No. 307, “The Chinese Hanging Tree,” as if it were perfectly normal that in 1885, five Chinese men were dangled from its branches. Now I see how the casual language normalizes it, as if lynching were every bit as routine as the cascade of numbers — three-oh-seven, three-oh-eight. At the time, I turned instead toward learning the names of plants, the intermeshing workings of ecological processes, the mechanics of how rivers shape the land. In my naiveté, I believed that the way we talked about nature was some kind of sanctuary, held separate from race.

But this spring’s events have changed my mind. The words we use when we talk about nature have a life beyond the pages of scientific journals. Vespa mandarinia is a species of very large hornet, also known as the “giant Asian hornet.” Apparently, they’re invading the Western U.S., via Canada or maybe China, or perhaps Japan or elsewhere in Asia. I heard about the hornets in late winter, not long after COVID-19 was first documented in the Seattle region, where I live. As I read more and more news stories about the coronavirus, and about Asian giant hornets invading the U.S., I couldn’t help but contemplate their convergent rhetorics.

Maybe the case of V. mandarinia in America can serve as a clarifying parable, laying bare the racial sentiments that have driven both national and personal responses to the COVID-19 pandemic. When popular media reports discuss V. mandarina and the possibility of containment, it’s in the unspoken but inevitable context of an Asiatic contagion that we failed to contain. The wasps present an alternate reality, an opportunity to track, corral and exterminate an Asian threat. Until this spring, I would have supported a concerted public effort to eradicate a threatening invasive species. But I’m no longer able to separate this environmental management strategy from the harm that the Trump administration’s insistent characterization of COVID-19 as an Asian disease has caused to Asian Americans, targeted anew for their race. I have yet to reconcile my training as an ecologist with my growing sense that what I learned reifies violent white norms far beyond the realm of natural resources.

I’ve come to realize that, like Zhang Sengyou’s painting, the words we use to frame our natural resource management practices risk conjuring monsters to life. So I’ve started trying to avoid the word “invasion,” a word I’ve used casually for years as part of the ecological vernacular, without regard for its ominous echoes in a larger discourse. Now I don’t know what to call these wasps from somewhere else. Immigrant wasps. Refugee wasps. Diaspora.

Earlier this year, I watched anti-Asian sentiments morph from social media rants into rabid flesh, as Asian Americans were beaten on streets as empty as 19th century backroads. No wonder so many are still numb to landmarks like the Chinese Hanging Tree. As the spring passed, we stopped calling the hornets “Asian” at all, labeling them instead “murder hornets,” as if the racial rhetoric didn’t still swarm around them like ghosts.

Maybe this helped set the stage for the press coverage surrounding other forms of racial violence in America that followed: the killings of Ahmaud Arbery, Breonna Taylor, George Floyd. Maybe a painting coming to life can be a good thing, releasing dragons of rights and resistance. It has become clear to me that the language we use when we talk about wasps or trout or chrysanthemums is value-laden, and those values plant the seeds for how we think about human life.

When this lockdown began, I started a garden out of self-preservation more than anything else: I wanted to ensure that my family would have access to clean, safe produce. Then, as the pandemic progressed, I started learning more about how the disease was ravaging meatpacking plant workers, throwing into high relief problems I guess I had always known about, but never tried to address. I became newly aware that every piece of produce came to me via someone who picked it and someone who packed it, bodies in unsafe proximity to other vulnerable bodies. I crunched some numbers to decide how likely it was that someone had died for something I’d eaten, and my garden morphed into a self-conscious attempt to minimize my participation in an inhumane agricultural system that disproportionately hurts people of color.

It also prompted me to interrogate the insidious whiteness of how I’ve learned to think about nature. My hands in the soil reminded me of my father’s hands, and the crops I’d demanded he destroy. And so I found a website that sells Chinese plants and chose seeds from pictures that look like things my father used to grow. After all, I am, or am becoming, the unabashed daughter of an immigrant. When I look into my son’s strange hazel eyes, which are a star of my own brown embedded in his father’s turquoise sea, I realize I won’t be telling anyone the story of how brook trout have ruined the West ever again.

“I’m sorry about the chrysanthemums,” I recently blurted to my father, though he probably had no idea what I was talking about. It’s not just that there’s no point calling the coronavirus an Asian threat, or that I’m horrified by how the Asian hornet craze allowed us to enact a metaphorical hunt and slaughter. It's more that this scenario has served as a test case for the divide between how humans steward our landscapes, and how we steward our culturally embedded souls. I think I’ve ceased to see any difference between the two. “How do I grow these things?” I asked my dad, thinking he’d prescribe a planter or a greenhouse, something to shelter or contain. “Scatter them,” he said. 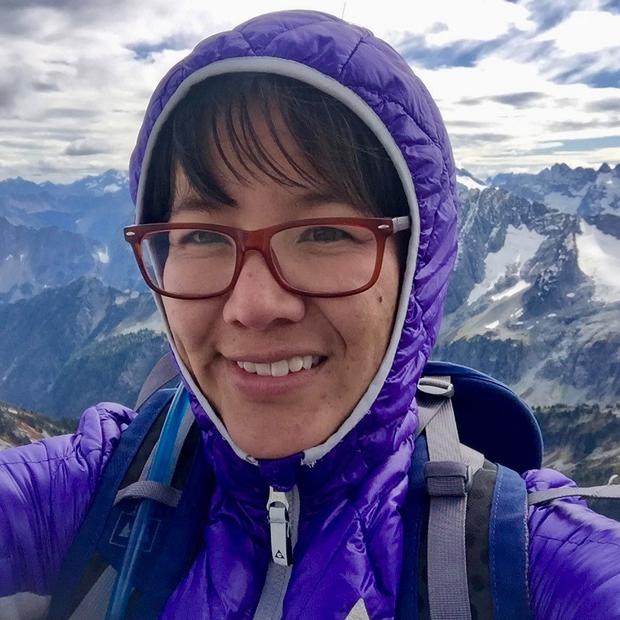 Jenny Liou is an English professor at Pierce College and a Northwest Climate Adaptation Science Center Fellow at the University of Washington.