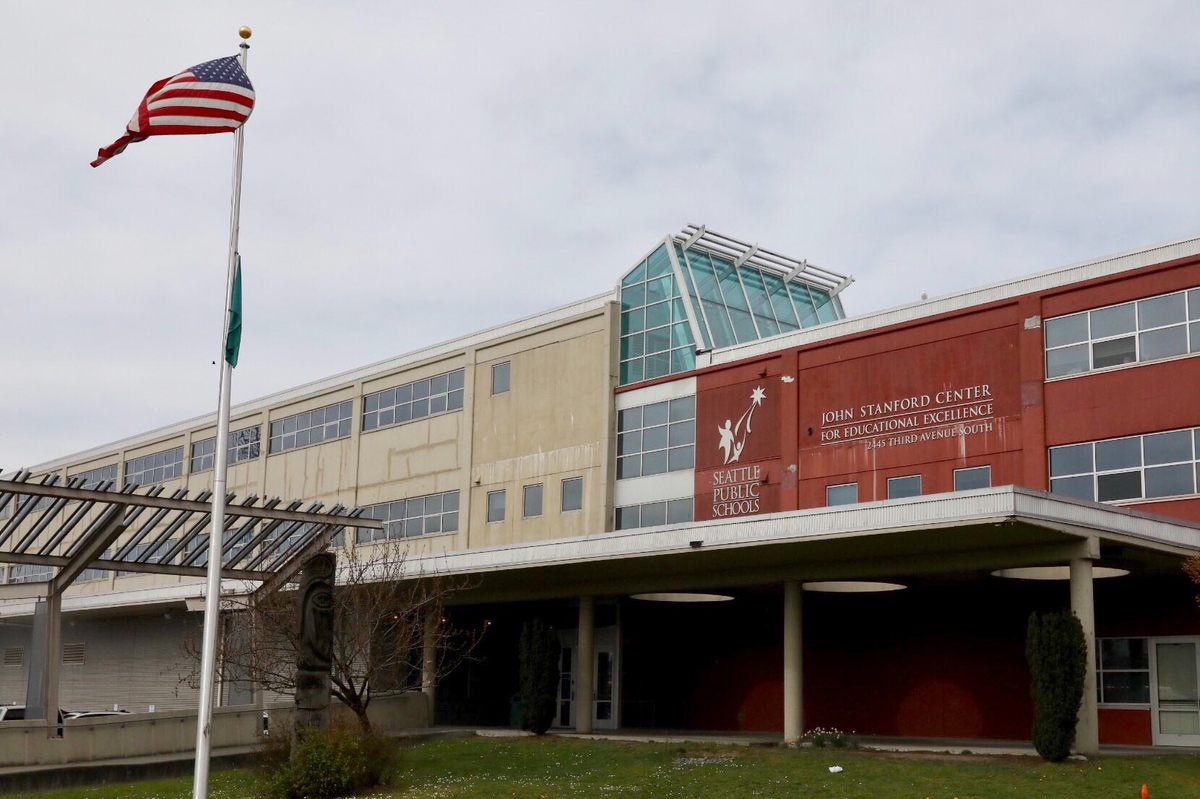 Last year, when COVID-19 shuttered schools statewide and home-schooling increased, budget-savvy types worried this pattern might have dire implications for school funding, which is based on student head counts. Yet, incredibly, Seattle Public Schools seems to have roped itself into that exact scenario.

It didn’t have to be this way.

Enrollments are indeed down by nearly 2,000 students since 2019-20, and Interim Superintendent Brent Jones fears the numbers could sink still lower. Judging by what I heard from angry parents at the school board meeting last week, he’s probably right. Last spring, about 500 families applied to have their children join Seattle’s extremely limited remote-education pilot, and many of those kids did not make it in. Now, as the delta variant rips through schools, any student who opts for a nondistrict virtual program until it’s safe to return risks being disenrolled from SPS. That is, cut from the district’s population.

This, folks, is the definition of shooting yourself in the foot. The largest school district in Washington failed to anticipate the appetite for a remote-learning option, and is now forcing families to choose between risking their health or withdrawing from Seattle Public Schools.

Anyone can make a mistake, but this one smacks of deeper dysfunction at the district. It was clear by August — a month before Seattle opened its schools — that the delta variant was spreading through classrooms in other cities. Seattle could have used that information to add slots to its remote-learning pilot. And there was money to do so. The federal government has funneled more than $2.6 billion to Washington schools to help with COVID mitigation plans. Instead, Seattle opted to “go slow to go fast,” and is now among 29 of 100 major urban districts that have capped the number of kids who can use remote learning, according to an analysis by researchers at the Center on Reinventing Public Education at the University of Washington.

At last week’s meeting, more than a dozen parents signed up to confront the school board about this apparent lack of planning. Besides asking for more virtual learning slots, they also demanded to know why Seattle hasn’t mandated basic health protections, like sending all students outside to eat lunch. (That decision, left up to individual schools, potentially puts those without as much outdoor space at greater risk.) Meanwhile, other urban school districts with large low-income populations, such as Los Angeles, manage to do weekly COVID screenings for all students, so why not Seattle?

“Why didn’t we plan for an environment like the one we find ourselves in today?” parent Harold Baker asked the board. He had already posed the same question to the district’s top administrators and state officials. Their response? So far, silence.

That’s par for the course in Seattle, where more than 1,000 moms and dads, many of them from historically under-resourced south end schools, signed a petition demanding more robust COVID-prevention measures. (Full disclosure: I have a child in Seattle Public Schools, and I also signed the petition.) Their group, Seattle Families for Safe School Reopening, sent it to the district and the school board a week before opening day. Once again, crickets.

District spokesman Tim Robinson says SPS is “continuing to evolve and adapt” its policies. Lack of a direct response doesn’t mean parents are being ignored, he added.

But perception is reality in many cases, and the perception here is that no one in the entire district thinks these parents’ concerns warrant five minutes to write an email.

“People are really pissed,” said Lauren Hipp, who helped to organize the petition drive. “We’ve been dealing with this for 18 months! I don’t know a single parent who feels SPS has planned or communicated well.”

They’re hardly being alarmist. Earlier this month, the Lake Washington School District had to quarantine 53 people after a middle schooler was exposed. Kent shuttered a third grade classroom because of exposure. Spokane schools reported 50 cases and nearly 300 people quarantined after one week. And Seattle itself has now seen 117 cases, 101 of them among students.

“Please act with the urgency that this situation demands,” petitioning parent Maki Park implored Seattle, a district that sends near-daily communiques extolling the value of parent engagement, yet responds to parent concerns as if they are the civic equivalent of a root canal.

It’s true that getting a virtual school up to speed is a major undertaking. So maybe it’s understandable that there were only 300 slots made available for Seattle’s remote-learning pilot. Robinson, the SPS spokesman, says staffing needs made a higher number “untenable.” But in Dallas, after half of students failed to show up in person, that district put together a virtual option in a week. In Houston, students of any grade level who are sick at home can attend virtual school four hours a day, up to 20 days.

There are any number of possible solutions. All of them require the willingness to be nimble and to pivot quickly, as needs dictate. But here in Seattle, we continue with our white-knuckle determination to cleave stubbornly to plans made last spring, which now looks like another era.