Port of Seattle races should have voters thinking beyond city limits

King County voters elect port commissioners, but the impacts of the job are felt in communities throughout Washington state. 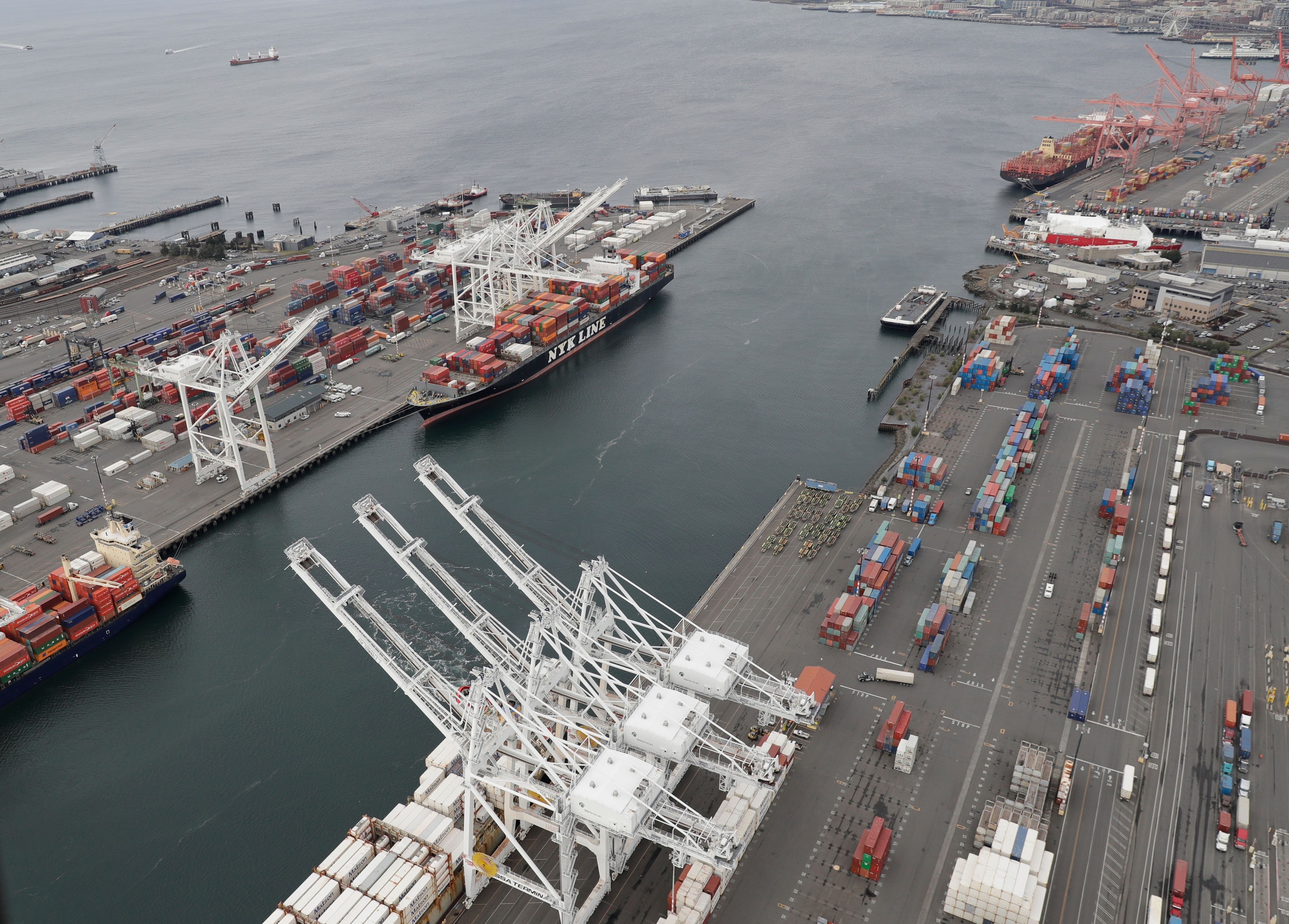 A Wenatchee apple packer recently emailed me asking who he should support for Seattle Port Commission in the upcoming election. A little later, a Kittitas hay farmer called with the same question. They reached out to me because their livelihoods depend on exports, and because, as a Seattle port commissioner from 2007 to 2015, I worked to ensure exporters’ needs were a port priority. These guys wanted to know which of the candidates running this year would work on their behalf.

The port — the seaport, Sea-Tac airport, Fishermen’s Terminal and the cruise business — is directly responsible for about 120,000 jobs, mostly in King and Pierce counties, and about 100,000 other jobs across the state depend on cargo moving through Sea-Tac and Puget Sound’s container terminals. The port’s economic impact on Washington’s economy is akin to that of Amazon, Microsoft or Boeing.

That’s why, as a port commissioner, I often found myself working in places outside King County. One was an arid stretch of highway on the Columbia River’s banks. There, with a representative of then-Gov. Christine Gregoire, some Washington Department of Transportation engineers and Grant County and Port of Mattawa commissioners, I inspected some unsafe intersections that were inhibiting freight mobility between the Tri-Cities and Mattawa warehouses to the Port of Seattle.

Gregoire and the port shared a commitment to investing in road projects that connected into freight corridors. That stretch of highway was a piece of a corridor, so the port had a stake in seeing it fixed.

For a similar reason, I and port commissioners from Tacoma, Longview, Kalama and Vancouver inspected needed rail upgrades in southwest Washington. We all understood jobs across Washington depended on efficiently transporting products in and out of Commencement and Elliott bays’ container terminals. We understood, and voters should as well, that the terminals on our waterfronts aren’t just our port; they are Yakima’s port and Spokane’s and Chicago’s and St. Louis’, and to keep good jobs in King and Pierce counties, we need port commissioners who are focused on keeping the road and rail corridors between Puget Sound and these cities flowing without friction.

I and my colleagues also understood that agricultural exporters, major employers in King County, and communities across our state rely on a well-functioning Sea-Tac airport.

Every spring, cherry growers in Central Washington would call me to ensure Sea-Tac was prepared to handle increasing volumes of air-freighted cherries to Asia. Cherries need everything moving fast and cold. That requires efficient airport operations and facilities.

Technology, manufacturing and financial companies locate in King County because their employees can fly directly to cities around the world. But airlines will keep those routes only if they fill the coach seats. To keep direct routes and the corporations that need them, port commissioners work with the tourism industry to promote Washington state in cities from which planes fly directly to Seattle.

And because airport costs are paid by airlines and passed on to passengers, keeping direct flights to Europe and Asia, and even to Walla Walla and Bellingham, requires keeping costs competitive.

To do that, a port commissioner must have the capacity to oversee billions of dollars in construction projects. As commissioner, I ran point guard for keeping construction of the $420 million rental car facility on schedule and on budget. Publicly reviewing construction schedules, contractual obligations, contractor claims and budget reports was not headline grabbing, but it was the job.

I’m uncertain whether this year’s port commission candidates understand that. Some say they do, but also talk about offshore wind power, culturally diverse food at Sea-Tac and getting the port even more involved in promoting social justice. One indication of shifting focus occurred earlier this year when both Rep. Pramila Jayapal, chair of the Congressional Progressive Caucus, and Sen. Bernie Sanders endorsed challengers in these port contests. I’m guessing that wasn’t because of competing positions on freight mobility and airport cost containment.

Let me be clear: As a person raised to be open to the suffering of others and to advocate for social justice, I believe confronting racism and reducing income inequality are objectives we must pursue personally and across our economy. We are fortunate the Port of Seattle has been doing this for years.

PortJobs, a long-standing program, helps women and people of color break into family-wage maritime and building-trades jobs. The port’s Opportunity Youth Initiative provides youth employment opportunities, particularly in south King County’s underserved communities. Some 93% of participants identified as Black or Indigenous, or came from other communities of color. The port’s Development and Diversity Council, created more than a decade ago, initiates and implements policies and programs designed to address institutional racism. All these and many other initiatives are essential and already being implemented by port staff.

What port staff and people across Washington need are commissioners committed to keeping the port a vibrant, statewide family-wage job generator.

At the end of my eight years as a port commissioner, I had come to understand that the seaport and Sea-Tac airport are statewide assets, and I had come to believe these assets should be governed by commissioners elected from across the state. I encourage the Legislature’s local government committees to explore that possibility during the 2022 session.

But for now, only King County voters elect commissioners. So, when you are voting, remember you are casting a vote on behalf of people across our state. Then vote for the person you believe has the acumen and breadth of experience to oversee a billion dollar business that is a major driver of our state’s economy.

Editor's note: Bill Bryant contributed to the campaign to re-elect Stephanie Bowman to the Port of Seattle Commission.