Fixing potholes used to define a good mayor. In today's divided city, the challenges ahead are far more significant. 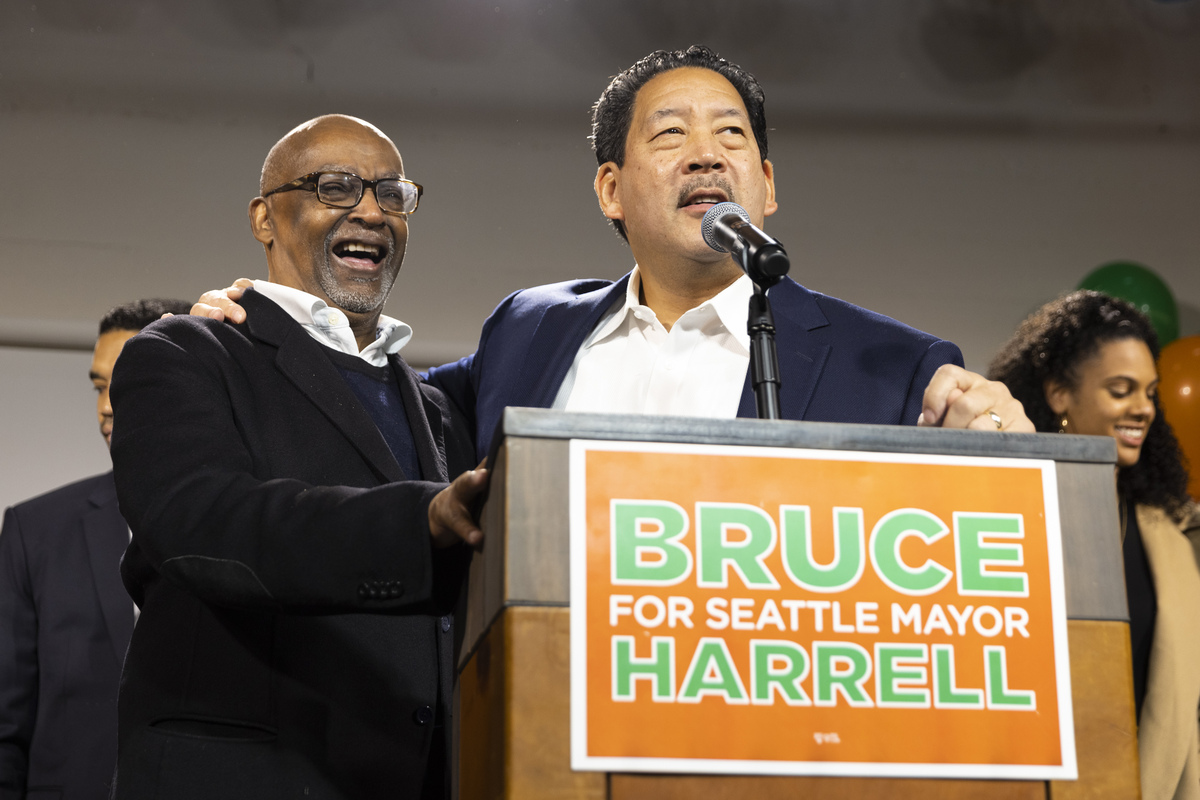 It’s easy to think politics is the domain of the outer edges of the right or left. Increasingly, the political tenor in Seattle has reflected the Manichean national divide of good vs. evil, my candidate or the devil.

But local politics really lies where the two meet, where the differences are hashed out and result in improvements and progress for all. It’s the zone where pragmatism and idealism collide and then negotiate. Accomplishments matter, even small ones.

In Seattle, this has historically been symbolized by “pothole” politics, by leaders who fix the mundane-yet-annoying patches of failed asphalt that jolt buses, cars and bikes, or who clear the streets of snow more efficiently and selflessly. Careers rose (Paul Schell) and fell (Greg Nickels) on such symbolic — but no less real — issues.

In more recent times, the pragmatic-ideal accomplishments have been real and significant, including the successful fight for a $15-an-hour minimum wage. It was advocated for by both activists and elected officials like Kshama Sawant, but negotiated and forged into law by a broader coalition of mainstream liberals in consultation with a largely reluctant business community. Politics and governance, in this case, worked as they are supposed to.

But meeting on pragmatic ground has been hard in Seattle of late. Amid the pandemic, a housing and homelessness crisis, racial inequality, climate change, police reform and the need for so many improvements in a society that creates vast prosperity and incredible inequity, potholes are largely forgotten. The scale of immediate challenges feels so much greater, far more so than bumps in the road.

Likely mayor-elect Bruce Harrell has a huge challenge before him: bringing people together. Before he announced his run for mayor, I asked former Mayor Norm Rice what kind of leader Seattle was going to need following the tumult of 2020, Mayor Jenny Durkan's decision not to run for reelection, and the acrimonious recall effort against her.

Rice, a supporter of Harrell's, came out of activist politics; the local Rainbow Coalition of Jesse Jackson was his political and community base. He was the first Black mayor in this mostly white city. When we talked, he had just published a book, Gaining Public Trust, about his experience in politics. He told me that you can’t make progress without bringing everyone on board: social activists, labor groups, greens and the business community. In Rice’s political heyday, his biggest test was the contentious issue of school busing, which had turned ugly in a largely segregated Seattle.

He worked to create consensus and to tone down the “mean spirited” debate. He engaged the public in an effort to reimagine public education, eventually resulting in funding that voters have kept flowing to this day. He acknowledged that turning the heat down on the intensely polarizing debates in our city is a big challenge now. “In these days of tweeting and texting," he said, "we are missing a fundamental part of engagement: the ability to digest and reflect. In our haste, we rush to the large fault lines of division, rather than the principle of unity.”

After a campaign that featured allegations of racism, and accusations of coddling rapists, is unity possible?

In studying many of Seattle’s historic crises — from the 1889 fire that wiped out the business district to the Great Depression of the 1930s to the Boeing recession of the ’70s — Seattle has always found its way to recovery through resolve, innovation, economic retooling and government spending. Each challenge has been overcome through a combination of grassroots effort and government action. It hasn't all been warm and fuzzy, far from it, but significant social and economic progress was made out of each: consensus on rebuilding and modernizing the city after the fire; New Deal programs that built roads, bridges, community centers and arts groups; and tech entrepreneurs who diversified the economy and helped break our reliance on Boeing.

Not every challenge facing Harrell and the Seattle City Council will get solved overnight, and some are beyond any single municipality’s ken. It’s taken more than 20 years to figure out a workable solution for the Burke-Gilman Trail through Ballard, for Pete’s sake!

But the job of governing is to take the best ideas wherever they come from, debate them, shape them into doable legislation and get them done. Yes, it can be painfully incremental at times. But it creates opportunity for innovation.

The national context for this week’s vote is a warning. The Democrats — President Joe Biden and those in Congress — have as yet failed to deliver on major promises on infrastructure, social and physical. The circular firing squad seems to be in effect. Failing to deliver a robust package might be setting a narrative that will create more obstacles ahead.

Shortly before Tuesday night's election, I talked with a very experienced veteran of state government and asked her if she had made up her mind on the mayor’s race. She said she would be voting for Harrell. I asked her why. “He’ll do the least harm,” she said.

Her point being that this race was less about ideology than governing itself. Voters shaken by homeless encampments, calls to defund the police and the painting of Seattle as an “anarchist jurisdiction” contributed to a lack of faith in an impulsive city council that seemed too eager to jump on bandwagons (defunding the police) than do the work required for a long-term plan. Such fears were underscored in the city attorney’s race, where the abolitionist candidate's past tweets encouraging violence and illness on police officers trumped any reasonable arguments she might have made for her views.

In addition to restoring faith in the city’s internal governance, Harrell needs to be more successful than a number of recent mayors in working with communities throughout Puget Sound. I’ve argued in the past that Seattle needs a good ambassador, needs to play better with others outside the city limits. Issues like homelessness and housing, climate change and transportation are regional and national. A good sign in the campaign was Harrell support from many non-Seattle Puget Sound area political figures. And while it made for good unity campaign mailers, getting cooperation and overcoming hostility to Seattle outside the city limits is harder to deliver.

Every Seattle mayor faces the rub between civic idealism and reality, between competing powers, entrenched constituencies, and chronic problems. How long have we had homeless people on our streets? According to local author Josephine Ensign’s book Skid Road, from the very beginning. How long has getting around the city been a nightmare? Look at the regrades, the confused grids, the hills, valleys and lakes. And how long have we needed to fix the police department? For more than a century we’ve dealt with varying levels of corruption, brutality and bias.

On election night, Harrell embraced Rice. “We’re going to bring Seattle back together,” the candidate said. Citing his Black and Japanese heritage, Harrell said he’d often felt like he didn’t belong, that his life had been a search for commonality. He says he intends to bring that experience, that searching, to his new job.

A healer mayor can’t solve all our problems. But perhaps Harrell can set a new template for making progress on the major ones so that we can ease the burdens for coming generations.