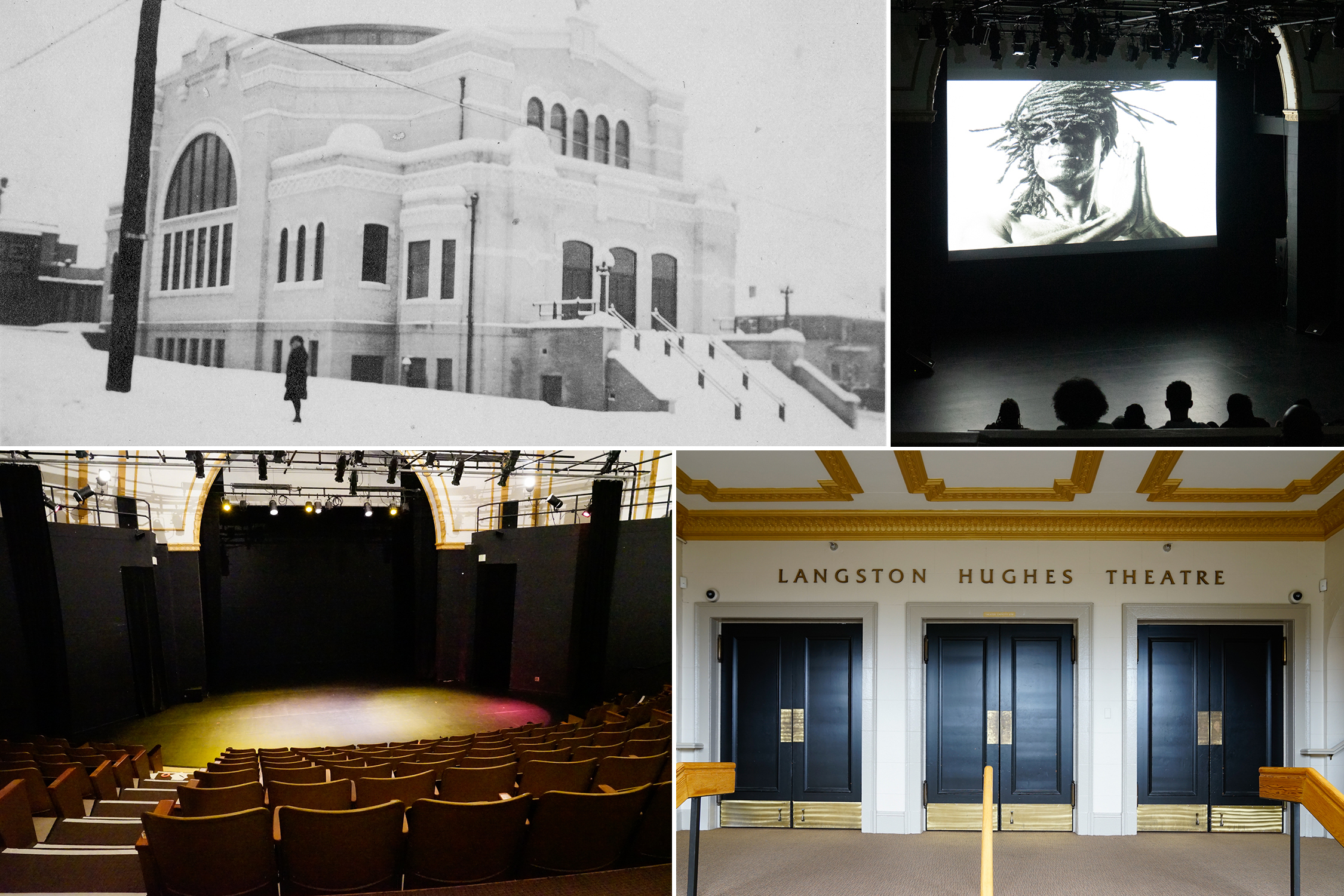 Upper-left: Bikur Cholim Machzikay Hadath synagogue in 1916, shortly after opening. The building would become the Langston Hughes Performing Arts Institute. (Courtesy of University of Washington, Special Collections, JEW0297). Upper-right: Attendees of Seattle’s Black Film Festival fill the theater at the institute in May 2022. Lower-right: Entrance doors to the theater space at the institute in May 2022. Lower-left: The institute's theater space features a high domed ceiling built for the original temple. (Chloe Collyer for Crosscut)

For the first half of the 20th century, the building at the southeast corner of 17th Avenue South and East Yesler Way in Seattle’s Central District housed a Jewish synagogue. But by the late ’60s, the neighborhood demographics looked much different, and fighting urban poverty had become a government priority. This, combined with the vision and effort of local citizens, gave the building a second life as Langston Hughes Performing Arts Institute.

Federal money from the Model Cities Program helped the majority-Black Central District create a community hub and creative outlet for themselves. In the 50 years since, that hub has served as much more than just an arts space for generations of Black Seattle. And it has also continued to give young people a space to find and explore their artistic passion.

But the Central District is significantly less Black now than it was back when the institute first opened in 1972. So the venue, now operated by the nonprofit LANGSTON, had to change to meet the needs of Black people displaced across King and Pierce counties while also fighting to stay a Black space. It was a battle worth fighting because, for many Black people in and around Seattle, that former synagogue is too important to lose.

For this episode of the Black Arts Legacies podcast, host Brooklyn Jamerson-Flowers explores the origins of Langston Hughes Performing Arts Institute and speaks to several artists who found a platform for authentic expression there. They each help to frame the institute’s importance and visions of its future.